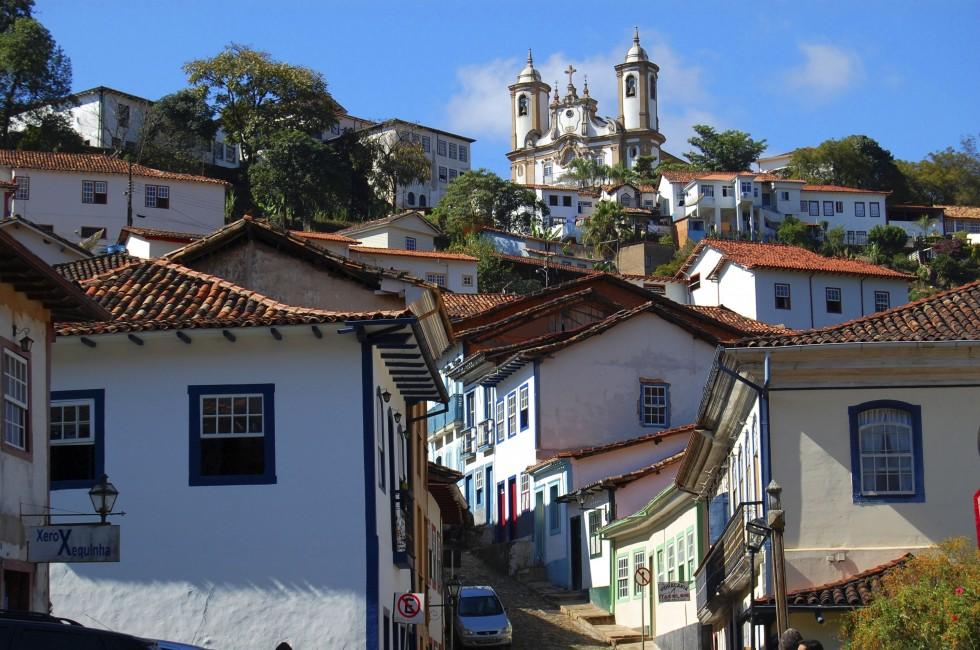 Though it's far from the circuit of Brazil's most visited places, the state of Minas Gerais holds unforgettable historical, architectural, and ecological riches. Minas has more UNESCO World Heritage Sites than any other state in Brazil. This mountainous state's name, which means "general mines," was inspired by the area's great mineral wealth.

Prior to the 18th century, the region was unexplored due to its difficult terrain, but in the late 17th century bandeirantes, or adventurers, forged into the interior, eventually discovering vast precious-metal reserves. As a result, the state, and particularly the city of Ouro Preto, became the de facto capital of the Portuguese colony. That period of gold, diamond, and semiprecious-stone trading is memorialized in the historic towns scattered across the jagged blue mountain ridges. It remains a tremendous source of pride for mineiros (inhabitants of the state).

Minas Gerais is one of the calmest and most conservative Brazilian states. Many say that it's because of the mountains that surround the state, which are also said to make the mineiro an introspective and friendly person. Yet Minas Gerais has also been a hotbed for movements that have triggered political, economic, and cultural development. Minas reared Brazil's first revolutionaries, the group of men in charge of the Inconfidência Mineira (Minas Gerais Conspiracy), a revolt against the monarchy in 1789. Later, other strong proponents of change would hail from Minas Gerais as well. Juscelino Kubitschek, president from 1956 to 1961, was born in Diamantina and served as mayor of Belo Horizonte. He reshaped the country by moving the capital from Rio de Janeiro to Brasília in the 1960s. Tancredo Neves, who helped restore Brazilian democracy in the 1980s, was born in São João del Rey.

Though the Gold Towns—Ouro Preto, Mariana, Tiradentes, and Congonhas—are awe-inspiring, Minas Gerais has other attractions. Roughly six hours south of the state capital of Belo Horizonte, several mineral-spa towns form the Circuito das Águas (Water Circuit). Thought to have healing powers, the natural springs of places such as São Lourenço and Caxambu have attracted the Brazilian elite for more than a century. Close by is the unusual town of São Thomé das Letras—a place where UFOs are said to visit and where mystics and bohemians wait for the dawn of a new world.

Recommended Things to Do in Minas GeraisSEE ALL

Find the perfect tours and activities in Minas Gerais.

Find the best food tours and activities in Minas Gerais. 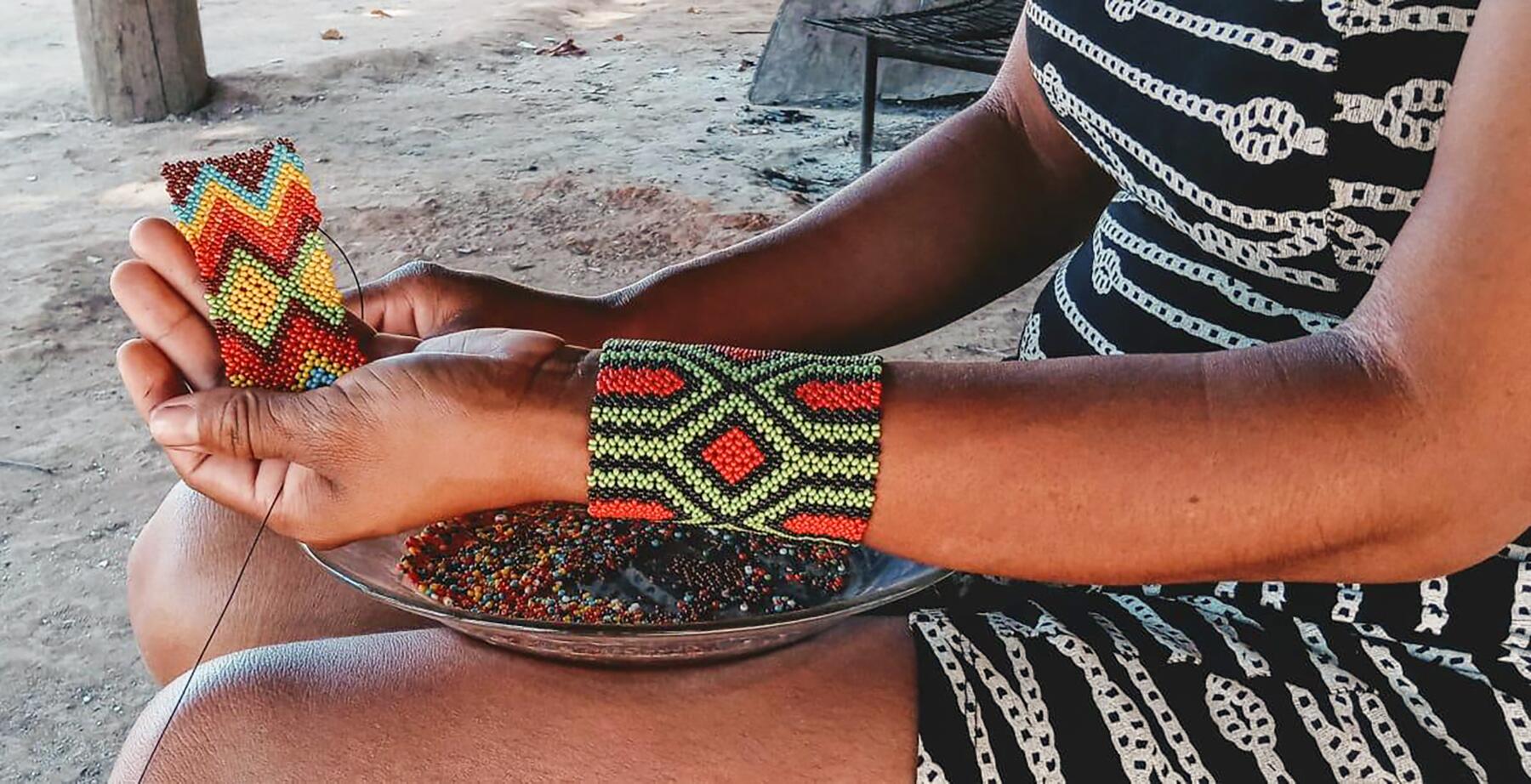 Brazil’s Indigenous Women Artisans Are Struggling Right Now. And You Can Help
Fighting against the destruction of their forest and traditions is nothing new for Brazil’s indigenous women artists. Still, in light of the pandemic, their culture is quickly becoming forgotten. 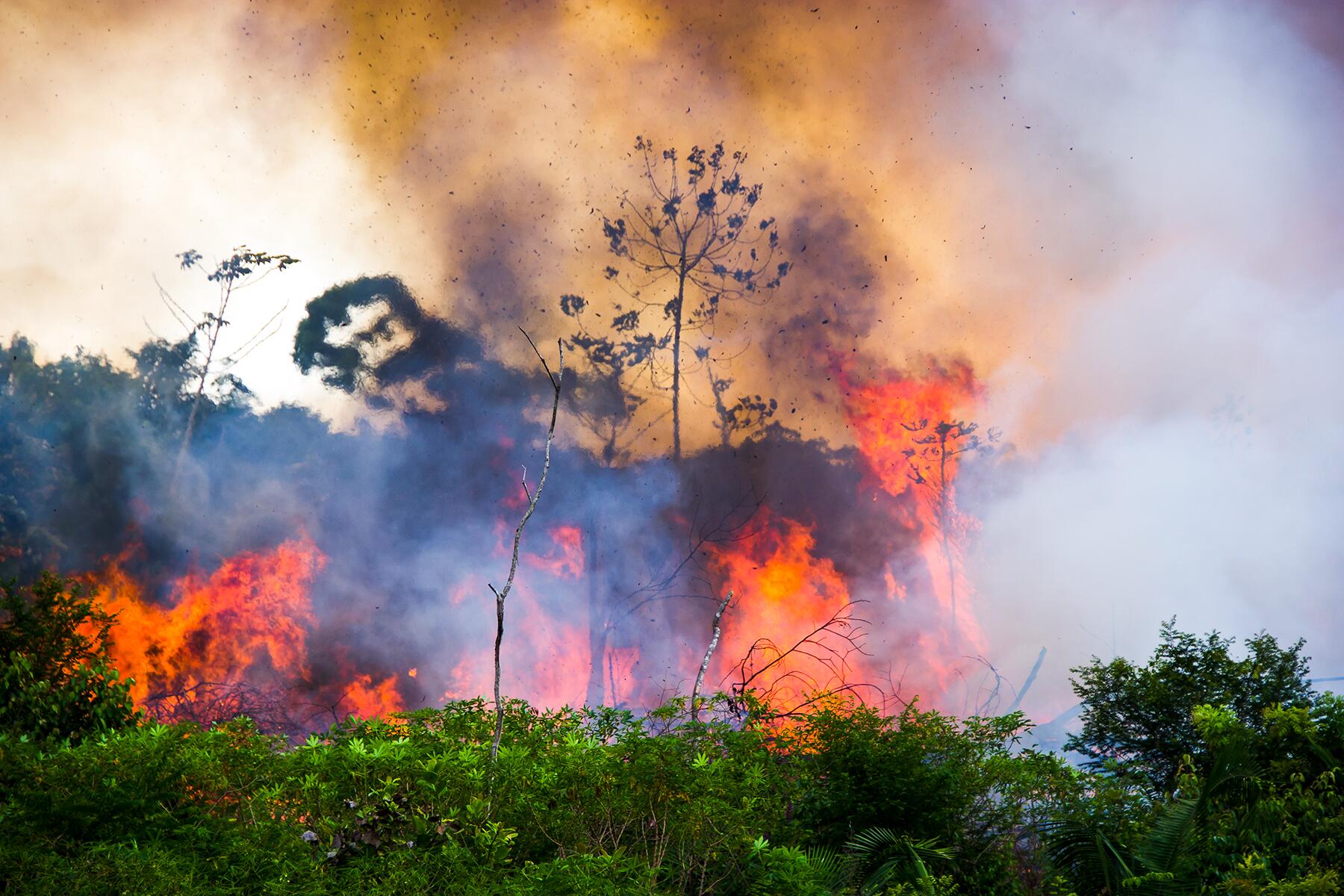 Brazil’s Wildfires Are Worse in 2020. Here’s What Travelers Need to Know
Brazil’s Amazon Rainforest and the Pantanal wetlands have become infernos. 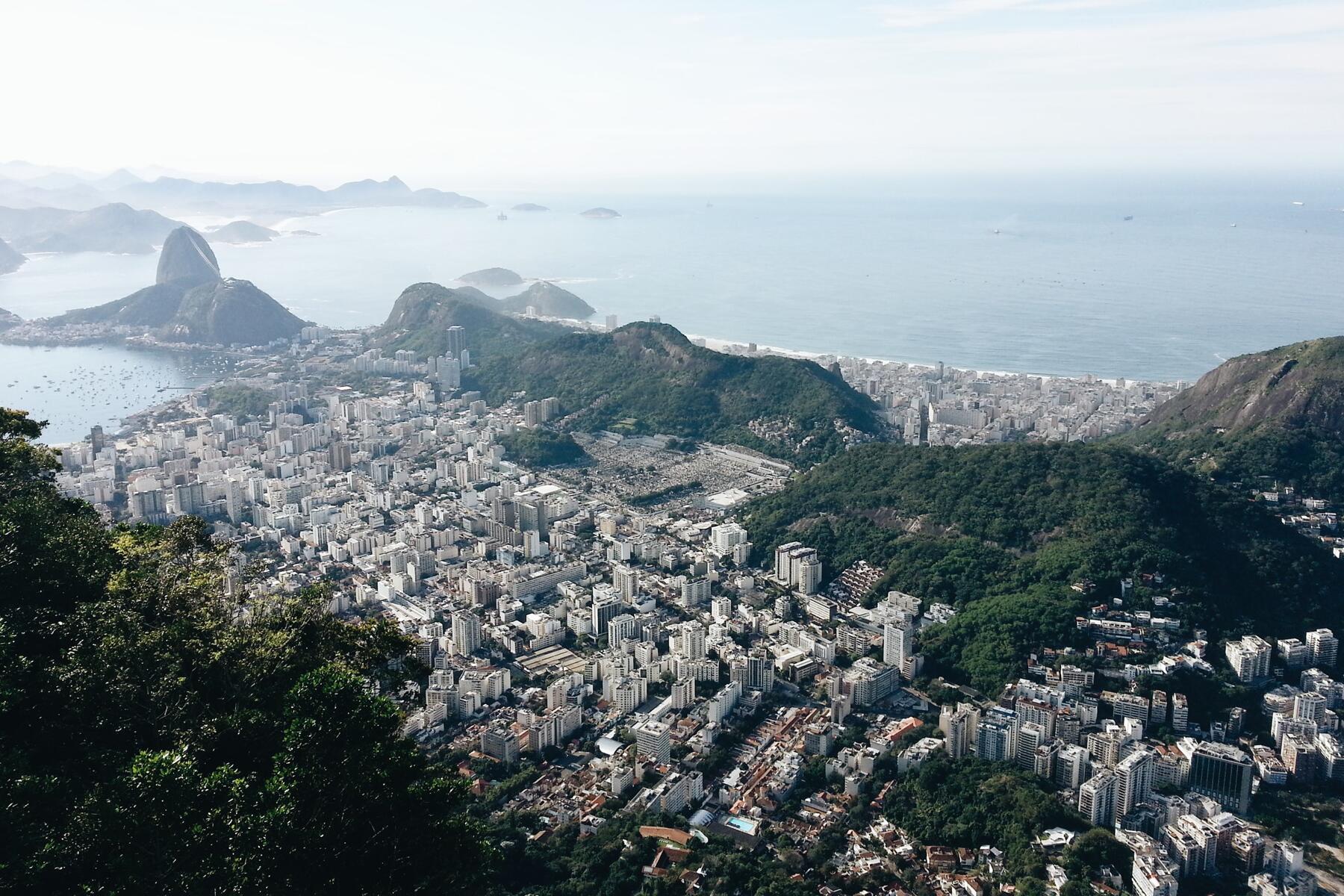 I Got Coronavirus in a Country in Denial
What it’s like to battle COVID-19 in a country that’s prematurely moved on from the pandemic. 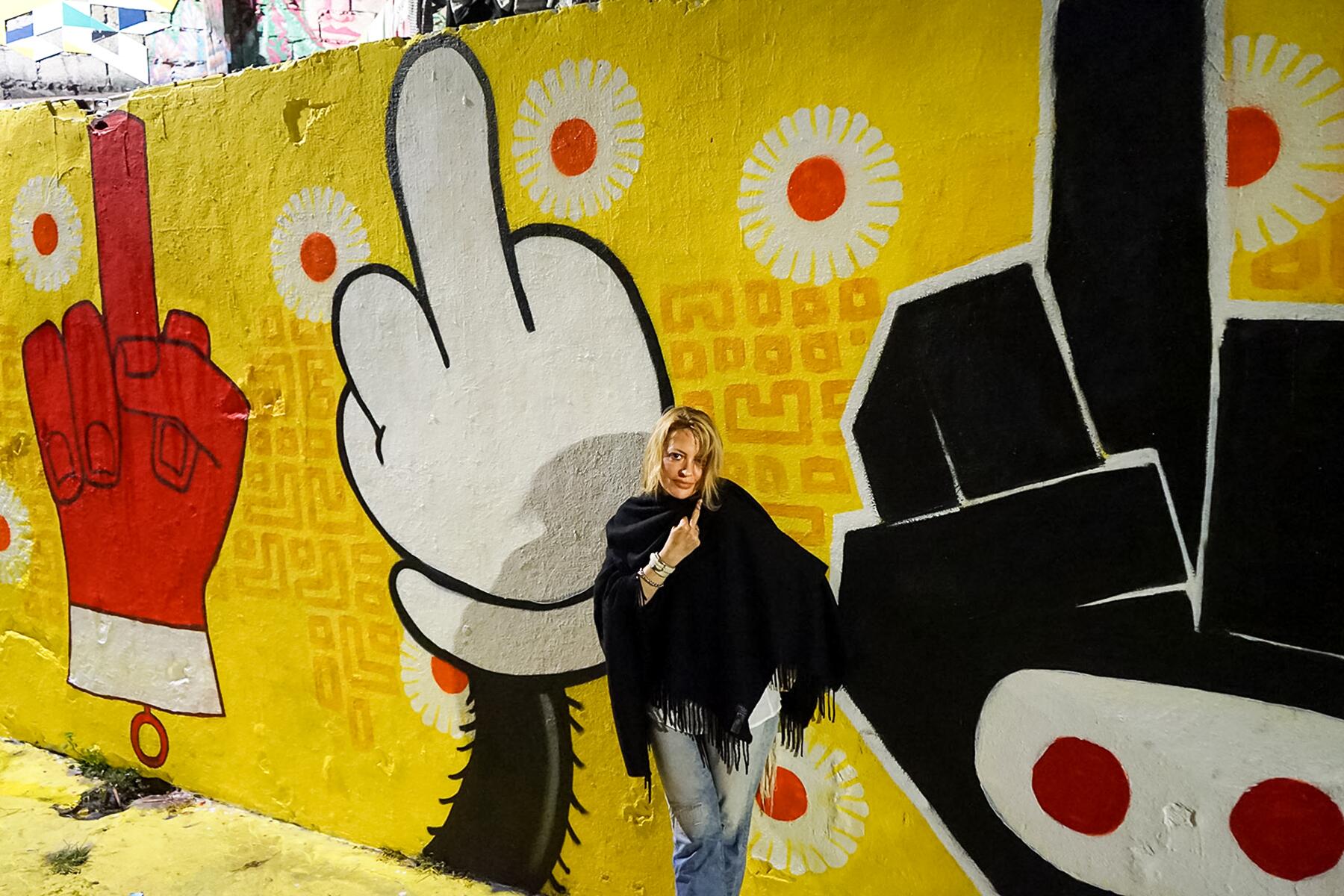 I Traveled to Brazil With Author Elizabeth Wurtzel. Here’s Everything She Taught Me.
The author of <i>Prozac Nation</i> died last week of cancer. Her friend, travel writer La Carmina, remembers their time together. 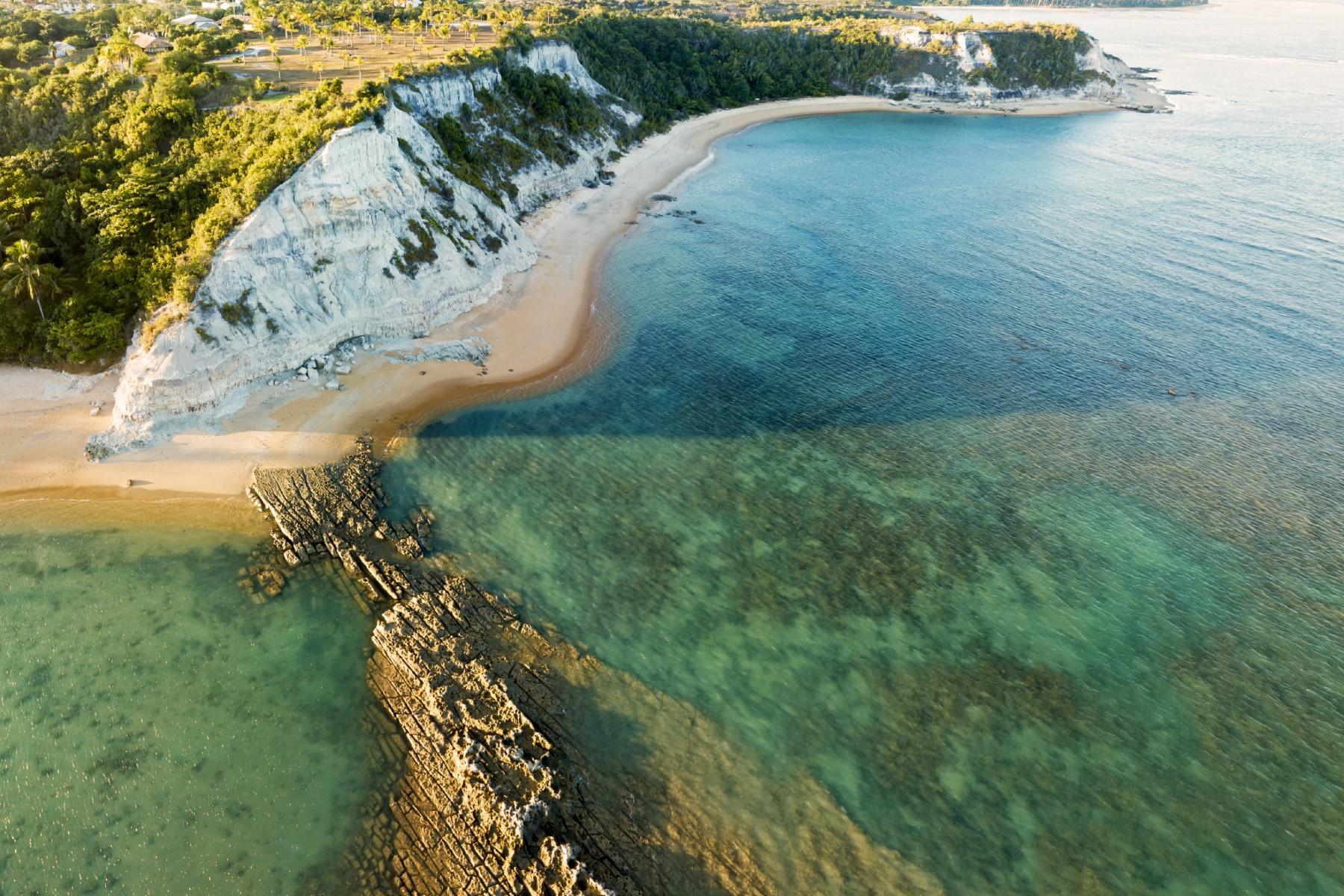 This Is the Perfect Brazilian Paradise—If You Can Find It
The picturesque Praia do Espelho in Bahia, Brazil is one of the best places in the world.