Brazil’s Amazon Rainforest and the Pantanal wetlands have become infernos.

The city, along with parts of Mato Grosso and Para, was blanketed with smoke from wildfires raging in the Amazon forest that had wafted thousands of miles away along the Atlantic Coast to the country’s most populous metropolis.

Shocking images circulated over social media showing a patchwork of orange flames and thick smoke rising from the world’s largest rainforest, wreaking so much havoc that smoke had even been visible from space. The blazes sparked an international outcry, but this year, due to the global coronavirus pandemic, the protests over police brutality, and the American election, Brazil’s even more devastating set of fires has largely fallen under the radar.

Fires reported to be even worse than last year have been raging since the start of 2020. Many animals are suffering and being driven further to extinction, indigenous tribes are losing their primary sources of food, and locals are grappling with soaring temperatures.

While fires in the Amazon rainforest are common during fire season, those in the wetlands are unprecedented. NASA satellites show that the Pantanal fires (one of the most biodiverse places on Earth and a popular ecotourism destination) are four times larger than the Amazon’s biggest blazes.

Brazilian Tourism Institute (Embratur) President Gilson Machado Guimarães Neto is currently working on a strategy that aims to prioritize the preservation of its ecotourism locations and natural attractions moving forward. If you’re planning on visiting Brazil in the future and are wondering how the fires might impact your trip or simply want to know how bad the fires really are, here’s what you need to know.

What Is Going On?

Since mid-July 2020, more than 16,000 blazes have ravaged the Pantanal wetlands, home to more than 4,700 species of plants and animals. This is the highest number for any year on record. The fires are occurring during the most severe drought to have reached the Pantanal in almost half a century. The nearby Paraguay River, known for overflowing its banks and slowly flooding the area during the Pantanal’s wet season, were at “critical levels” in early August.

Although the fires in the wetlands have garnered less media attention than the wildfires in Australia, the Western United States, and the Amazon, you may have seen distressing images of burned jaguar paws, charred bodies of alligators with their jaws frozen in silent screams, as well as videos of animals desperately searching for water and food. 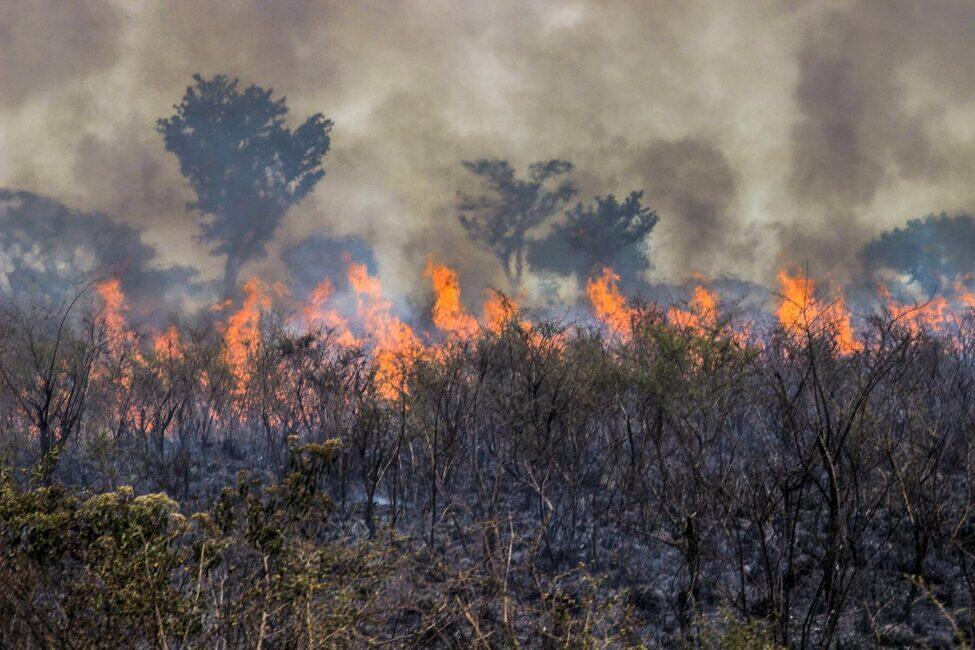 Beyond the countless lives lost, the relentless fires threaten a uniquely balanced ecosystem of environmental activists, tourism workers, indigenous tribes, and ranchers. The Pantanal provides food and water, as well as protection from floods for not just animals, but for human communities who live there, a process that may be damaged for decades to come.

In the Amazon, the fires have been no less catastrophic. According to Greenpeace Brasil, 2020 could be even more destructive for the rainforest and the indigenous people who call it home. Although mainstream Brazilian media outlets have claimed that these fires have decreased since August 2019, the INPE, Brazil’s National Institute of Space Research, reported that in the first nine months of this year, the total number of fires has increased by 14%.

Despite the data from a well-acclaimed public body and satellite pictures of the fires that speak for themselves, Brazil’s president, Jair Bolsonaro, has criticized the media and NGOs for “environmental smear” about the fires. When he addressed the UN General Assembly in September, he said: “As far as the Amazon and the Pantanal go, we are the victim of a most brutal campaign of lies.” And just last month, the Brazilian environmental agency Ibama ordered back all emergency services to fight the fires, justifying their step due to a lack of money.

What Is Causing the Fires?

Experts say that there are two prominent factors contributing to the 2020 Amazon fires. Firstly, this year’s dry season is much drier than normal. The second are aspects that contributed to last year’s blazes.

The Amazon fires began with man-made burns mostly for clearing land for agriculture, mainly soybeans and cattle grazing. But many have spiraled out of control. Although illegal deforestation has long taken place in the forest, environmentalists blame Bolsonaro for accelerating the situation and actively encouraging illegal loggers, miners, and ranchers. Despite Bolsonaro imposing a 120-day ban on both the Pantanal and Amazon fires from June-July, fires have continued to spread.

The Amazon fires began with man-made burns mostly for clearing land for agriculture, mainly soybeans and cattle grazing. But many have spiraled out of control.

In the Pantanal, experts claim that many of the fires may have been caused intentionally by humans, but they have been aggravated by drought and climate change. And because of climate change, they believe that as rain becomes scarcer, the area will likely experience burning events in the years ahead.

What About My Future Plans to Travel to Brazil?

Despite Brazil being officially open to international visitors, due to the pandemic, Brazil’s high COVID-19 infection rates, and the fires, it’s probably best to put off your trip in the short-term, especially if you are looking to visit these natural wonders. But that’s not to say that you should avoid planning to visit these places in the future.

Roberto Klabin, owner of the Caiman Lodge in the Pantanal and president of local environmental NGO, SOS Pantanal hopes that the fires will act as an educational tool for those abroad, particularly travelers, and that they will highlight the risks posed to the wetlands and the importance of taking measures to protect them. 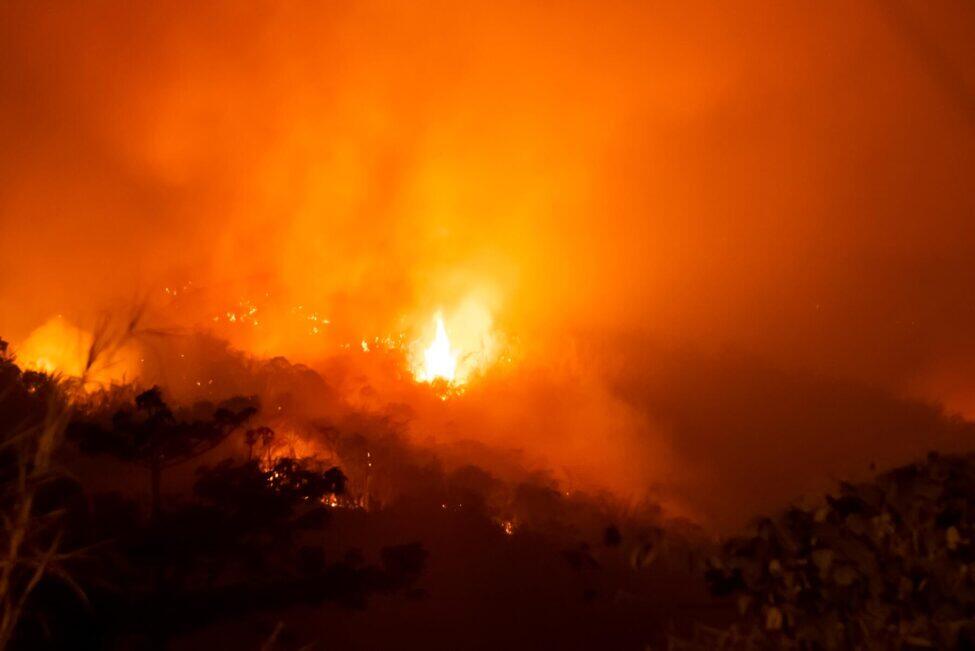 Although Americans have been one of the main tourist groups to visit the Pantanal in recent years, many tour operators in the area believe that its status as one of the world’s most premier wildlife (especially jaguar) viewing spots is too little known, something they hope will change.

There is also hope that more international awareness of what the Amazon has to offer eco-tourists will be pivotal in gaining advocates, protection, and government support in fighting for its preservation.

How Can I Help From Home?

One of the most crucial things you can do to help Brazil is to research and take an active interest in learning more about the issue and the impact the fires are posing on the climate. Visit NGO and environmental sites such as Greenpeace Brazil, Socioambiantal, and Mongabay for recent Amazon environment updates. Taking conscious steps to eat ethically, reducing beef consumption, the main driver of deforestation, and joining Brazilians in the “Meatless Mondays” movement will also help.

And of course, one of the most effective ways to help right now is by making an online contribution to conservation bodies fighting for their protection and providing immediate financial assistance. Amazon Watch, Rainforest Alliance, and Greenpeace Brasil are particularly noteworthy. Supporting indigenous peoples in purchasing their work will also make a world of difference. Kaiti Yawalapti from the Xingu reserve, for example, sells some beautiful handcrafted jewelry online. Finally, Klabin’s SOS Pantanal is currently crowdsourcing to provide support for firefighters and animal rescue centers.

I heard the news it is so sad ,i am worrying about the animals who are surviving in this fire.