How to Visit Buenos Aires with Kids

Buenos Aires is more commonly associated with sipping Malbec, watching sultry tango dances and bar-hopping than it is with family breaks, but the Argentine capital is actually a great spot for a vacation with the kids. There’s a host of stellar kid-friendly attractions, including immense manicured parks, a planetarium and some interactive museums, and the gastronomic legacy of mass Italian migration means that perennial child-pleasers such as spaghetti and pizza can be found in abundance alongside the legendary steaks. Ice cream parlors doubling as coffee shops can be found on every corner will give both kids and grownups a delicious energy boost. And here’s the best bit—family-focused Porteños aren’t about to let kids’ bedtime get in the way of their late-dining habits, and many cafés and restaurants have their own staffed play areas.

Porteño children tend not to take a siesta, but by adapting your routine to involve some afternoon shut-eye, you’ll be able to follow the local routine of eating out way past the kids’ usual bedtime. Don’t stay out too late, though—you’ll want to be up early to take in all the activities the city has to offer. Here’s our pick of some of the best kid-friendly spots in buzzing Buenos Aires. 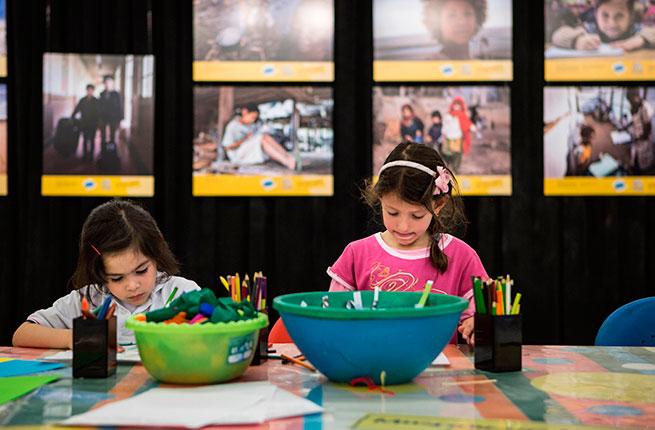 It may be called a “Children’s Museum,” but this is no staid collection of vintage dolls. In fact, your kids may never forgive you if you don’t take them to this top Buenos Aires attraction at least once during your trip. It’s a fun-packed mini-city, where kids ages 12 and under can play at being adults—working as dentists, doctors, and firefighters, shopping and working the tills in a mini-supermarket, and even flying a plane. There’s easily enough here to keep children entertained for at least half a day, and the location inside an Art Deco shopping mall means grownups can reward themselves with a little retail therapy after a hard day watching the children carve out a career path.

Linger over Lunch at Casa Muamor

Buenos Aires’ plethora of kid-friendly restaurants is balm for the soul of frazzled parents, but the flip side is that families often wind up making dining choices based on the quality of the restaurant’s play area rather than the standard of the food itself. Luckily, rustic-chic corner café Casa Muamor in Palermo—itself a kid-friendly neighborhood thanks to its abundant green spaces—ticks all the boxes. Serving yummy breakfasts, brunch, and child-friendly lunches such as simple pasta dishes, bagels, and toasted sandwiches, it also offers more grownup specials like handmade pizza topped with spinach and a poached egg. Aimed squarely at hip young families, it has one of the most appealing play areas of all the city’s eateries, with dolls’ houses, arts and crafts materials, and even occasional visits from magicians and clowns. Pick a table right next to the large window to keep an eye on little ones as you eat and drink. The coffees are good, and there’s a range of wines and cocktails that might appeal if the children are sufficiently distracted.

Take a Walk on the Wild Side at Temaiken Biopark 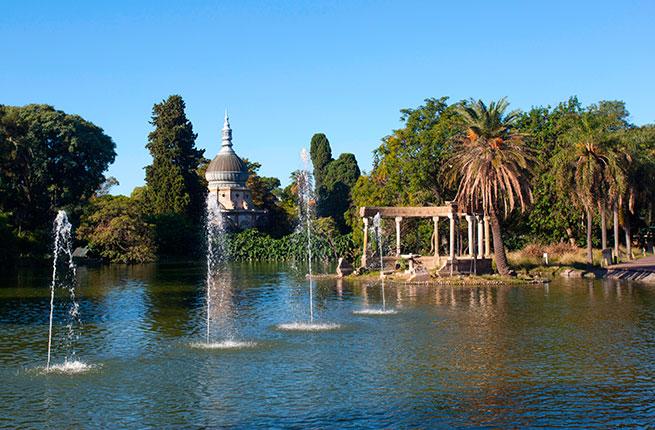 Animal-loving kids in Buenos Aires might be tempted to visit the city’s zoo, but the rather run-down enclosures and some forlorn-looking inhabitants can make for a less than uplifting experience. A much better option is Temaiken Biopark. This eco-conscious attraction is located some 30 km out of town in Belen do Escobar, and more than merits a full day.  The animals are kept in large, immaculately maintained enclosures, and there’s an emphasis on educating visitors young and old about the importance of conservation. The range of animals is impressive—from birds of prey to hippos and big cats—and little ones are sure to love the hands-on activities such as hand-feeding calves in the park’s farm. It’s set in manicured grounds, and although picnics aren’t allowed in the park, there are several reasonably priced cafés serving everything from salads and gluten-free cakes to parilla. A “semi-rapid” bus runs out to the park from Plaza Italia, but parents may find it less stressful to go as part of an organized tour.

“Forbidden not to touch” is the motto at the playful Museo Participativo de Ciencias, where curious kids can pull weights, spin wheels, mix liquids, and push buttons to their hearts’ content. Older children can generate electricity and burn off some energy in the process, while there are enough bright colors and whooshing sounds to entertain infant visitors. The museum is located inside a cultural center in the smart, picturesque neighborhood of Recoleta, so it may just be possible to squeeze in some art appreciation and sightseeing (don’t miss the grand cemetery, where Eva Perón was laid to rest) too. You can bribe the children with the promise of an ice cream from one of the many sidewalk cafes if necessary. Dino-mad kids can indulge their passion for digging into the past at the Museo Argentino de Ciencias Naturales, which is home to giant prehistoric skeletons, and kids can even take a stab at digging for bones. 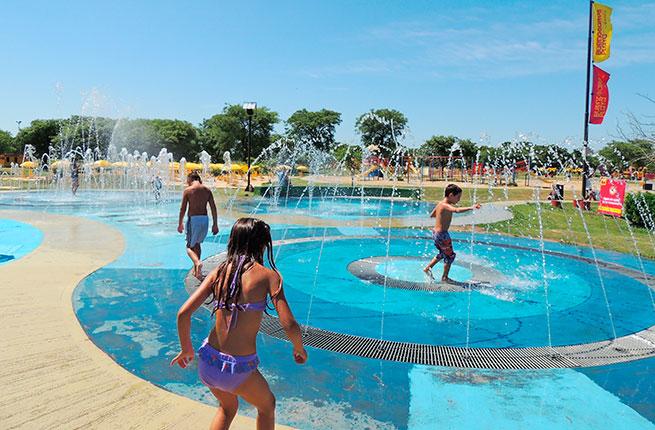 Buenos Aires has more green spaces than you can shake a stick at, and many of them have kids’ play areas as well as ample space to scoot, skate, and play sports. During the steamy Argentine summer, urban beaches made of trucked-in sand spring up amid the greenery at parks across the city, allowing locals and visitors to sunbathe, build sandcastles, and play on giant inflatables. One of the best spaces for strolling, picnicking, and playing in Buenos Aires is the 400-acre Parque 3 de Febrero (also known, somewhat confusingly, as Bosques de Palermo), where visitors can work up an appetite for steaks, pasta, and helado by renting bikes, inline skates, scooters, or pedal boats to explore the park. You might even spot a giraffe head peeking over the walls of the zoo, which is located within the park. Looking like it’s just touched down from outer space, the city’s famous planetarium is also located in the park. While much of the information is in Spanish, the opportunity to watch the evolution of the galaxy take place in a giant laser show, climb into a replica lunar capsule, and admire chunks of moon rock will thrill stargazers young and old.