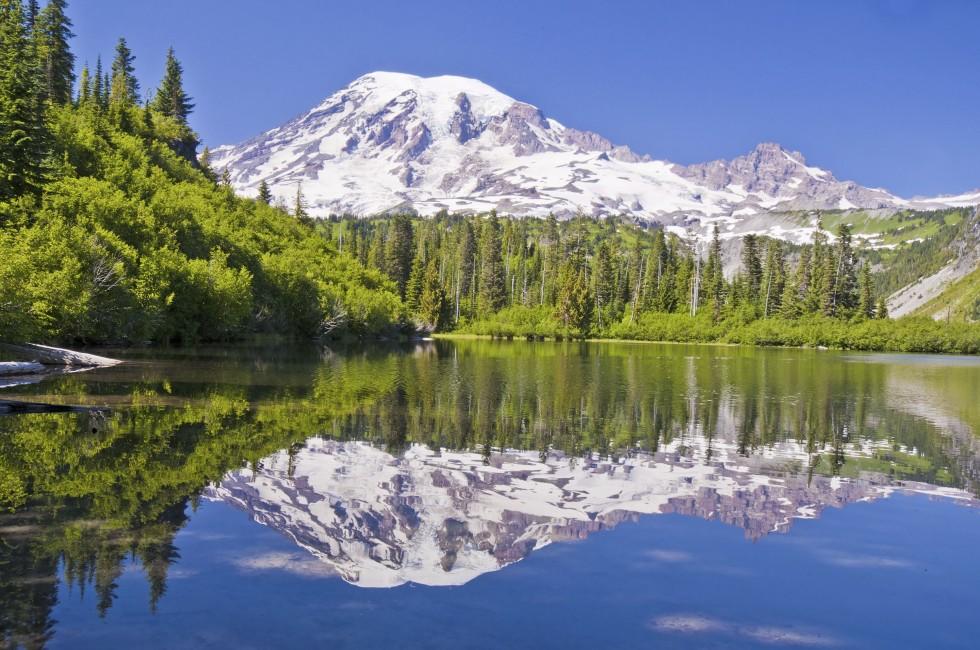 Like a mysterious, white-clad chanteuse, veiled in clouds even when the surrounding forests and fields are bathed in sunlight, Mt. Rainier is the centerpiece of its namesake park. The impressive volcanic peak stands at an elevation of 14,411 feet, making it the fifth-highest peak in the lower 48 states. Nearly 2 million visitors a year enjoy spectacular views of the mountain and return home with a lifelong memory of its image.

The mountain holds the largest glacial system in the contiguous United States, with more than two dozen major glaciers. On the lower slopes you find silent forests made up of cathedral-like groves of Douglas fir, western hemlock, and western red cedar, some more than 1,000 years old. Water and lush greenery are everywhere in the park, and dozens of thundering waterfalls, accessible from the road or by a short hike, fill the air with mist.

15 National Parks That Are Perfect for Day Trips
There are many national parks that are relatively easy to visit in a day—you don’t even have to spend the night. 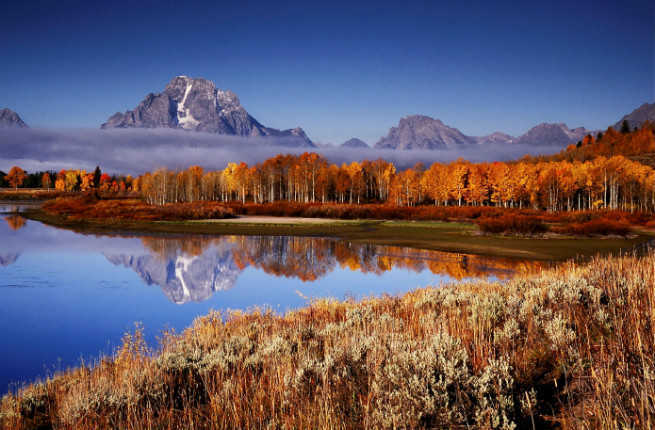 10 Best National Parks for Fall Trips
Whether you prefer to drive through or hike through, these parks will prove unforgettable.