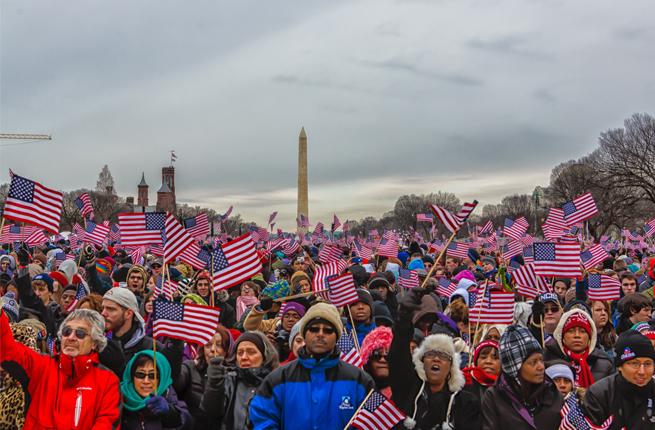 All eyes will be on Washington D.C. this January for Inauguration Weekend. The city’s preparing for over 1 million visitors, coming in for everything from celebrations to protests to getting a glimpse of history. Here’s a quick guide to visiting Washington for the Inauguration, the Women’s March on Washington, or any other events on tap from January 19-21, 2017.

A free concert at the Lincoln Memorial kicks off the Inaugural events. The president- and vice president–elect are scheduled to make an appearance. At this writing, performers and details had not been announced; check the concert website for updates.

What began as a casual Facebook event asking, “Who wants to come with me to D.C. in January and stand at the White House gate and just clap for the president on his last day of work?” has ballooned into a thousands-strong thank you party for the outgoing president. Check the organizers’ website for updates.

The swearing-in of the next president and vice president takes place at noon on the West Lawn of the U.S. Capitol. Tickets are free but very hard to come by—you can request them from your Senator or Representative. No tickets? No problem. You can stand on the National Mall near the Capitol, where the ceremony will be broadcast on large screens. Plan to arrive hours early to deal with the crowds and security. 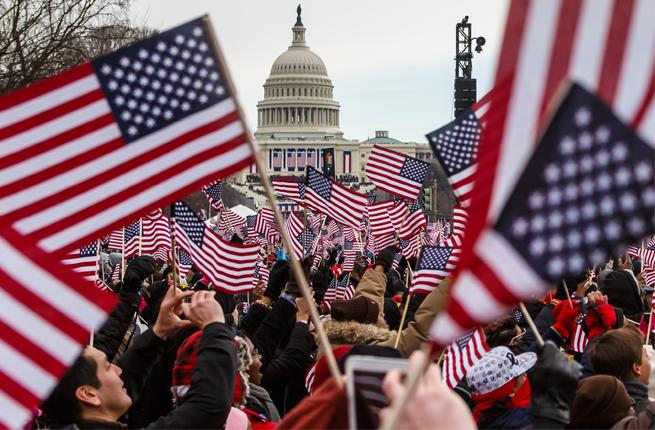 Post up along Pennsylvania Ave. to watch the newly sworn in president and vice president process from the to the White House. Security is tight and the route gets crowded quickly, so you’ll need to get here early to grab a spot. More info and tickets to special viewing sections are available here.

Rub shoulders with the who’s who of Washington at these glitzy galas. The official balls are invitation-only and attended by the new president, but there are plenty of other unofficial parties around town that are open to the public (tickets required). These range from formal affairs to non-political Great Gatsby-esque parties.

Not everyone convening in D.C. over Inauguration Weekend is doing so to celebrate. The day after the swearing-in, over 100,000 marchers are expected on the National Mall to show support for women’s rights. It’s free to attend; you can get more information and updates on the Women’s March here.

Getting Around D.C. During Inauguration Weekend

Whatever you do, don’t drive. Road closures and security barricades will be everywhere, traffic will be nightmarish, and rideshare apps like Uber and Lyft will be blocked within a certain area. Your best bet is to walk or sign up for D.C.’s bike share program. For longer distances, ride the Metro, though the system expects massive crowds, will be closing some stations and is likely to be slow. 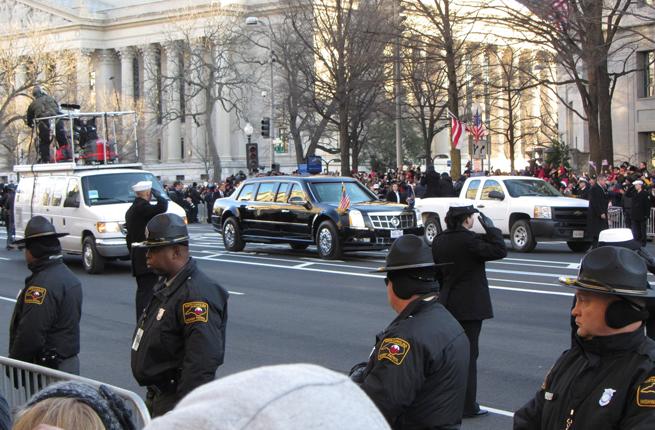 If you’re hoping to stay at the Trump International Hotel over Inauguration Weekend, you’re out of luck. Other D.C. hotels still have availability, but expect to pay for it. If you want to join the activities but don’t want to shell out premium downtown hotel prices, consider staying farther outside of the city. Metro-accessible options include neighborhoods in Northern Virginia (Tysons Corner, Reston, Alexandria, Arlington) and Maryland (Bethesda, Silver Spring, and Baltimore—a 1-hour train ride away). Airbnb is another option, as many locals are heading out of town or renting spare rooms for the weekend.

While a lot of the weekend’s events are centered around the National Mall, your eating habits shouldn’t be. D.C. has grown to become one of the country’s top restaurant cities. Resist the urge to follow the tourists into downtown spots like the Hard Rock Cafe, and instead, drink and dine at local favorites like Ben’s Chili Bowl, Le Diplomate, Sweetgreen, or Blue Duck Tavern.

Stay warm: January in D.C. can be quite chilly, especially when you’ve been standing outside on the National Mall for hours at an event or march. Wear layers and warm, comfy footwear. Hand/toe warmers are a good idea

Identify yourself: Security will be everywhere. Keep your I.D. on hand at all times and if you’re going to any of the official events, check websites beforehand for a list of prohibited items (backpacks are a no-no, for example).

To PLAN YOUR TRIP, visit Fodor’s Guide to Washington D.C.,