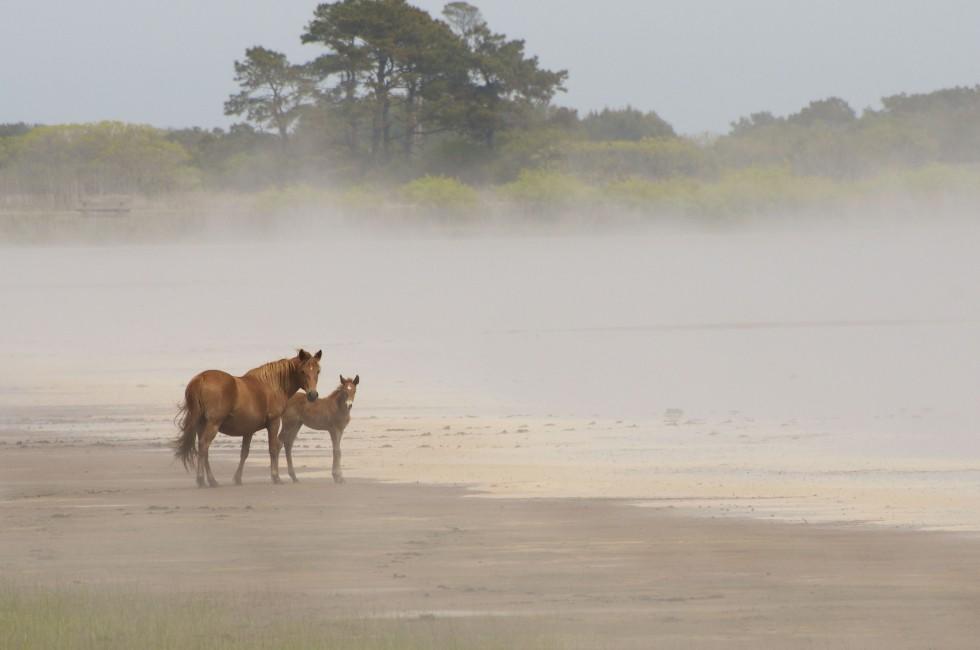 The appeal of Virginia's Eastern Shore is out of sight from the highway, among its barrier islands in the Atlantic to the east and along its wetlands and Chesapeake Bay shoreline to the west. The wild ponies, gloriously uncrowded beaches, and waterfront views in every direction draw thousands of snowbirds here every summer. Tiny hamlets are scattered among farms and protected wildlife habitats and clinging to the edges of the ocean or the bay where watermen still make their living. Part of the appeal here is its more recent 19th- and early-20th-century history, a welcome change from the Colonial eras that predominate elsewhere.

This is the "-va" in Delmarva, a narrow 70-mile-long tail tacked onto the southern tip of the "Delmar-" Peninsula. It has one main artery bisecting its full length, U.S. 13, its occasional gentle curves interrupting an otherwise straight, flat route through unremarkable landscape. At its southernmost tip, the extraordinary Chesapeake Bay Bridge-Tunnel sweeps 17.5 miles across the Chesapeake Bay, salted by the close-by Atlantic, to connect with the Virginia Tidewater towns of Hampton Roads, Norfolk, and Virginia Beach. 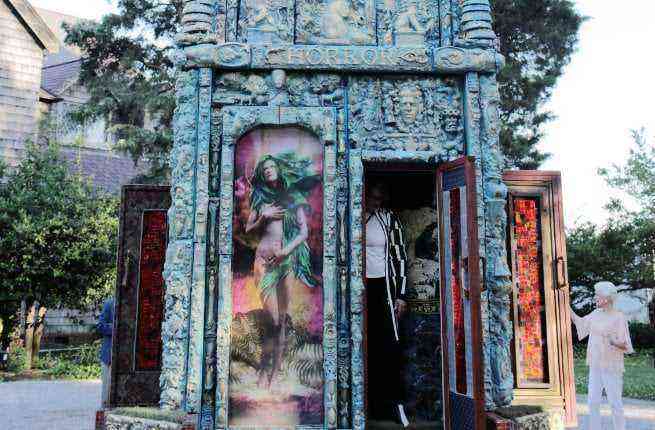 14 Photos From the Incredible Burning Man Art Exhibit
The exhibit at the Hermitage Museum in Norfolk, Virginia gives visitors a chance to see the art of Burning Man—without a trip to the desert.

Virginia is for Oysters: Kayaking, Wine, and Oysters in the Eastern Shore
What goes together better than oysters, wine, and kayaks? Apparently nothing, as our intrepid adventurer finds out when she hits the Eastern Shore of Virginia.