Twenty years ago, five fine-dining restaurants constituted Charleston’s foodie scene, with not much else going on in its culinary world. But all that has changed. Charleston has exploded as an enticing food destination, with innovative preparation of local ingredients like shrimp, wreck fish, okra, and Carolina Gold rice. The city is a fertile breeding ground for culinary experimentation, with its diverse cultural roots and year-round bounty of produce, seafood, and meat. The result? An amazing food scene that has taken Charleston to new heights. Following in the footsteps of the highly-praised Husk, where James Beard Award-winning chef Sean Brock only uses regional ingredients in his ambitious menu, here are seven super innovative restaurants to experience for yourself. 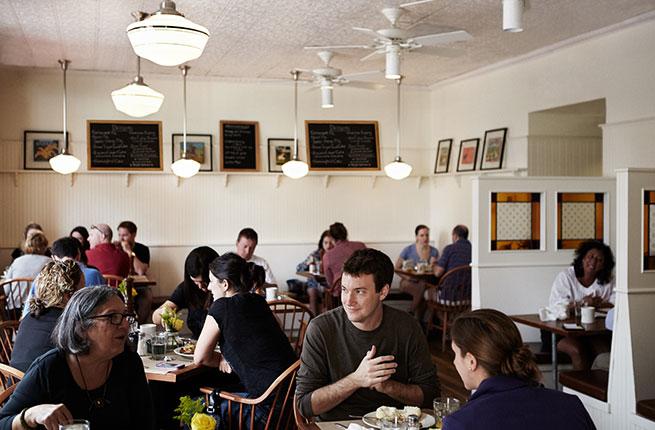 Two decades ago, chef/owner Robert Stehling noted that the best Southern dishes were only available in people’s homes. So he opened a restaurant where he cured his own ham and bought only from local producers. Hewon a James Beard Award in 2008 for his principled, dedicated take on down-home Lowcountry cooking. The restaurant is not fussy or elegant, with its farmhouse décor and pressed-tin ceiling, and that’s one of the beloved things about it. Despite its accolades and national attention, it remains a neighborhood eatery, where breakfast, lunch, and dinner are served six days a week. But this is no common lunch counter. Tuck into such signature dishes as the Charleston Nasty—fried chicken breast on a biscuit drenched in sawmill gravy—and you’ll see why.

An unexpected, delightful marriage between culinary haven and brewpub, Edmund’s Oast combines innovative bar food with the best of beer. Chef Reid Henninger is always inventing something new, like pickled Lowcountry shrimp served on rye bread with aioli; and beef tartare with asher blue, black olives, egg yolk, and charred toast. Keep in mind the menu changes often—one reason people keep coming back. The fresh and cured charcuterie plates are a local favorite as well. And the beer? Edmund’s Oast is a repository of rare and impressive varieties, including half a dozen brewed on site. The setting is an Old World farmhouse on the edge of town, with plenty of place to park. This is one place you’ll want to stay awhile. 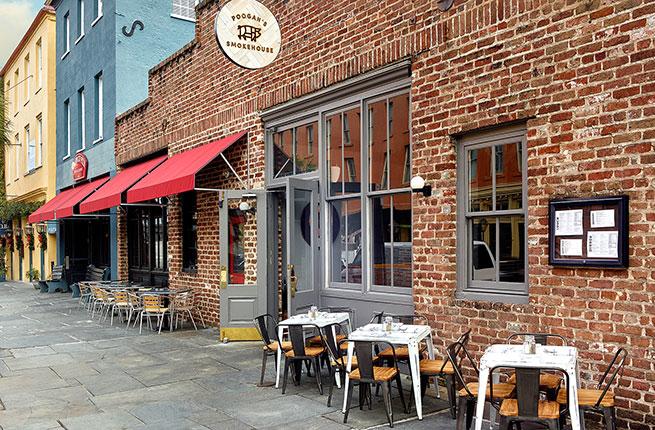 With a rustic ambiance and smoky aroma, Poogan’s seems like a typical barbecue joint. But this newer establishment is far from ordinary. Executive chef Daniel Doyle’s background is both backyard barbecuing and semi-fine dining. His quest? What he calls chef-driven barbecue—great slow-cooked meats with sumptuous sides. Take the pork and beans, for example, a powerful concoction of hickory-smoked pork belly, sorghum-glazed black-eyed peas, hot chilies, Dr. Pepper, and chocolate. Or the baby kale salad with black-eyed peas, crispy country ham, wild mushrooms, and a Dijon sherry vinaigrette.  But perhaps the most eye-opening thing on the menu is the whole suckling pig, 48-hour advance notice required. Bring your appetite.

Gourmet Southern comfort food is celebrated at this cute little eatery on Pinkney Street, near the Charleston City Market. The offspring of Cru Catering, it opened in 2002 in response to public pressure—people couldn’t get enough of Cordon Bleu–trained chef John Zucker’s up-to-the-minute, artsy takes on fresh local ingredients (cru means raw in French). Their most popular dish? That’s a hard one, but probably the Thai seafood risotto. But there’s also the four-cheese macaroni, shrimp BLT, Chinese chicken salad, and poblano and mozzarella fried chicken. And don’t miss the fried green tomatoes with pork belly croutons. The restaurant occupies a cottage-style house, where rustic tables are set up in the living spaces and on the sultry porch, with a small bar overlooking the open kitchen. 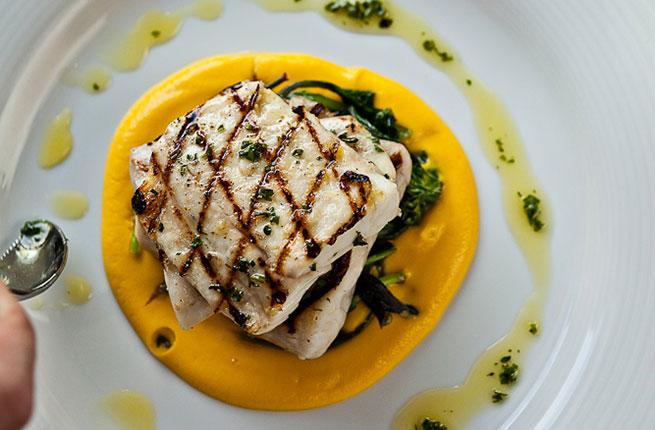 Sometimes all you want is an elegant, candlelit meal, and Charleston Grill delivers that to perfection. One of Charleston’s original fine-dining mainstays, this grande dame has managed to uphold its world-class culinary excellence through the years. The secret? Executive chef Michelle Weaver is constantly looking for new ways to prepare New South cuisine, relying on global influences as well as local tradition. For example, try her fresh local snapper served in a Thai broth infused with lemongrass and chilies, topped with Lowcountry cherry tomatoes. Or her French-inspired foie gras paired with her mother’s Southern fried apple hand pie. The menu is divided into four categories: Simple, Lush, Cosmopolitan, and Southern; sample them all with the nightly tasting menu. The dining room exudes understated elegance, with wood-paneled walls, softly padded carver chairs, and local art. A jazz ensemble adds to the mood. 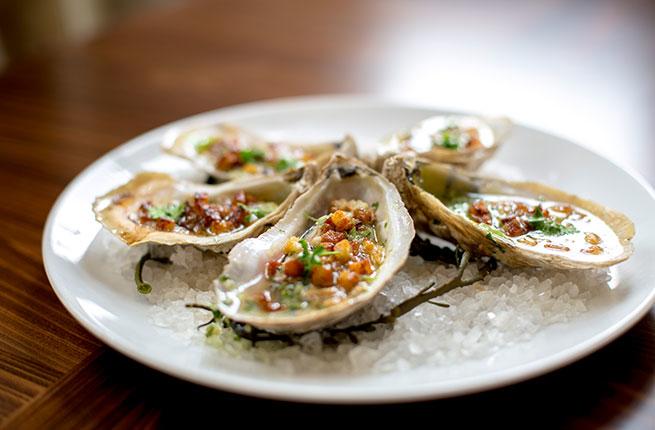 At this stylish restaurant on East Bay, executive chef Craig Deihl cooks globally inspired cuisine with the best Southern ingredients. With a wood-burning grill, he transforms local meats and seafood into signature dishes like smoked pork chop with Spanish chorizo, Edisto Plantation peas, collard greens, and pork rinds; and scallops and bacon with cauliflower purée, greens, corn chow-chow, and basil pesto. Whatever you do, be sure to order the Motherboard, overflowing with the restaurant’s tasty house-cured meats and charcuterie (Deihl’s specialty). Insider tip: Monday is $5 burger night at the upstairs bar, perhaps the best deal in town.