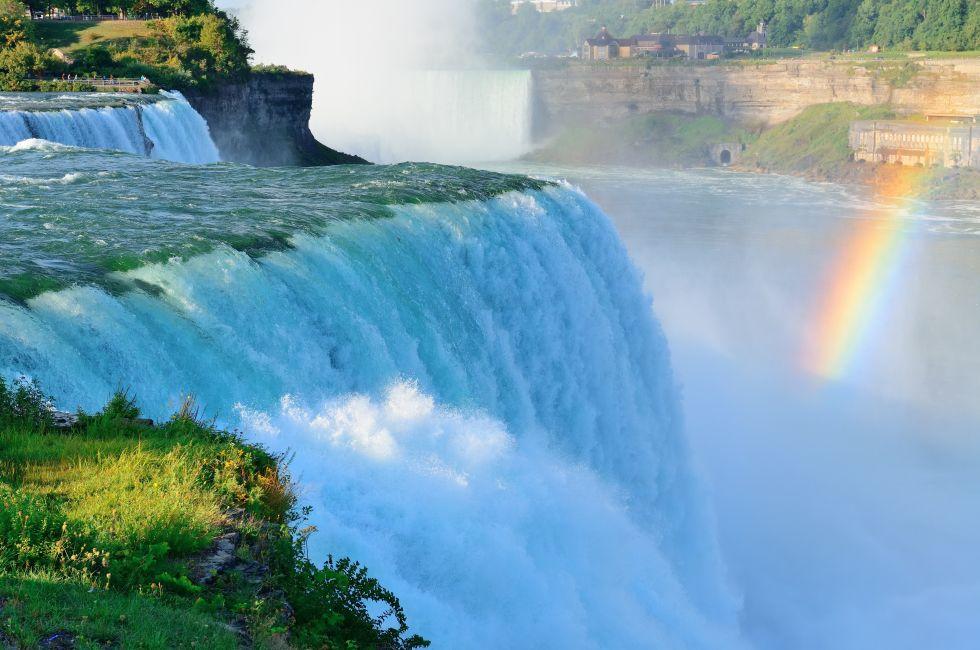 As any local will tell you, this is western New York, not “upstate,” which suggests a closeness to New York City—and this pastoral parcel of the state couldn’t be farther away from that metropolitan morass. Here, oranges and yellows wash over wooded valleys in autumn, snow blankets farm fields in winter, tulips bloom beside the mighty Niagara in spring, and the blue of Lake Erie sparkles brilliantly in summer. The region’s bastions of arts and culture—even Buffalo, the state’s second-largest city—retain a small-town feel.

By far, Niagara Falls, anchoring the northwest corner of the state and forming the border with Ontario, Canada, is this region’s famous tourist attraction. Nearly everyone who sees the falls is struck by the wonder of it. Though not among the world's highest waterfalls, Niagara Falls is, for sheer volume of water, unsurpassed, at more than 750,000 gallons per second in summer. The falls spurred the invention of alternating electric current, and they run one of the largest hydroelectric developments in the world. And it really is all that water, fueled by four of the Great Lakes—Superior, Michigan, Huron, and Erie—as they flow into the fifth, Ontario, that ranks Niagara as one of the planet's natural wonders.

Buffalo is known as the blizzard capital of the United States. In the late 19th and early 20th centuries the city was a boomtown, rich in electricity and steel—well-kept baronial homes along Delaware Avenue are proof of this legacy. Today the city has a more varied economic palette (manufacturing, technology, service industries) and is home to vibrant neighborhoods, fiercely loyal sports fans (go Bills!), and a thriving university, as well as attractions such as a collection of Frank Lloyd Wright homes and the impressive Albright-Knox art museum—worthy of the state’s second-largest city.

Down in Chautauqua and Cattaraugus counties, where New York State hugs Lake Erie and borders Pennsylvania, lie slow-paced towns in a region of hills and farms, fledgling vineyards and wineries, fish-filled lakes, and the huge and wild Allegany State Park. For most visitors, however, the main reason to visit is the Chautauqua Institution, with its impressive roster of lectures, courses, and performances spanning arts, education, religion, and recreation during a nine-week summer season. Nine U.S. presidents, from Ulysses S. Grant to Gerald Ford, have delivered addresses here, as have Leo Tolstoy, William Jennings Bryan, Amelia Earhart, and, in more recent years, Jesse Jackson, Ted Koppel, and Al Gore.

Find the perfect tours and activities in Niagara Falls and Western New York. 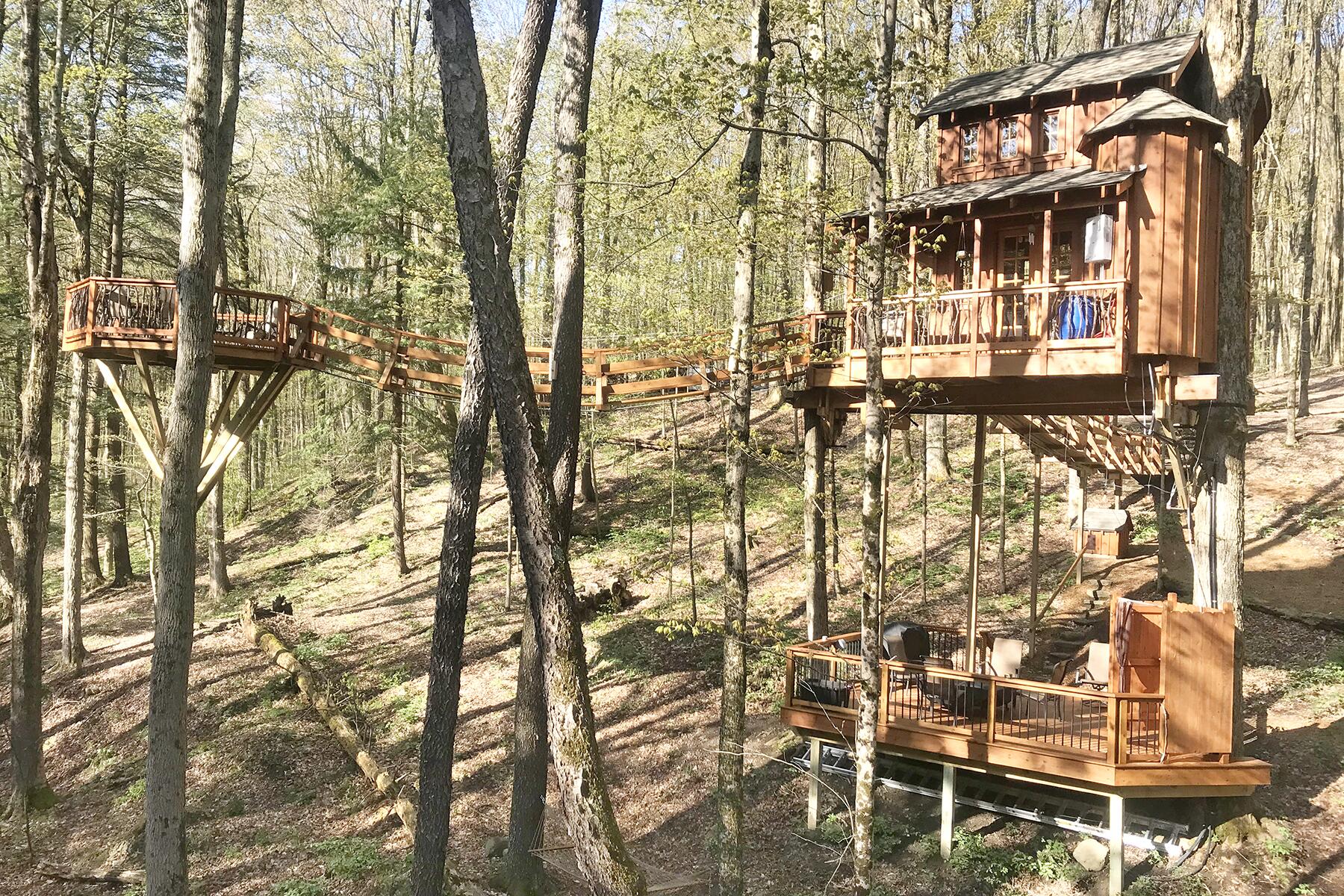 9 Unusual Airbnb Rentals Around New York State
These rentals are as odd as they are secluded. 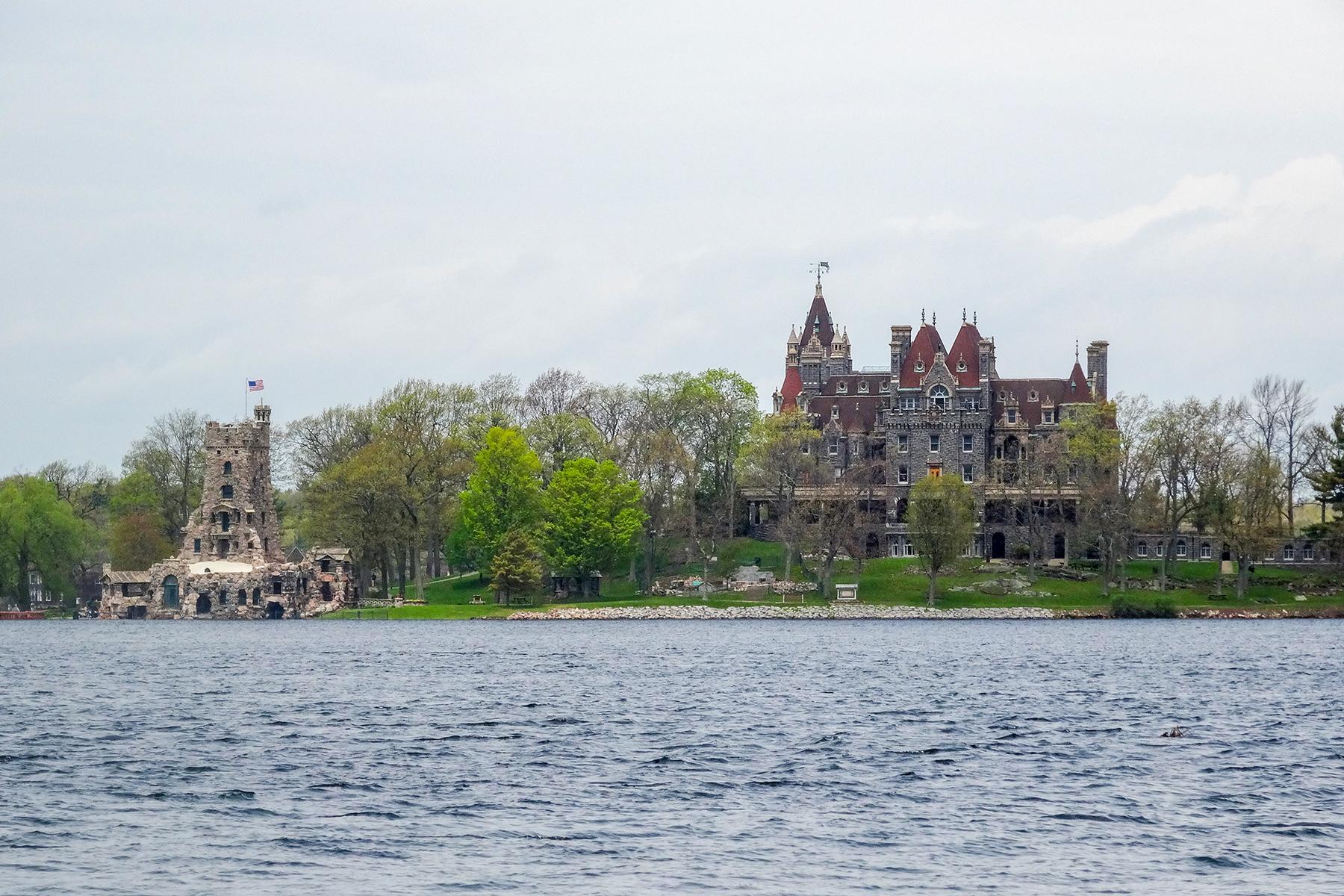 14 Off-the-Beaten-Path Stops on an Upstate New York Road Trip
Hit the road and explore the less-traveled parts of New York State for some truly exceptional sights and experiences. 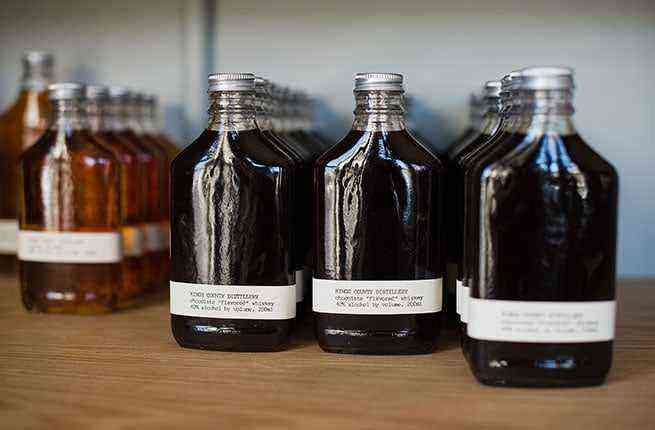 The Best Distilleries in New York State
Eat your heart out, Kentucky.

This McDonald’s Is Taking Reservations for Valentine’s Day
McDouble date, anyone?