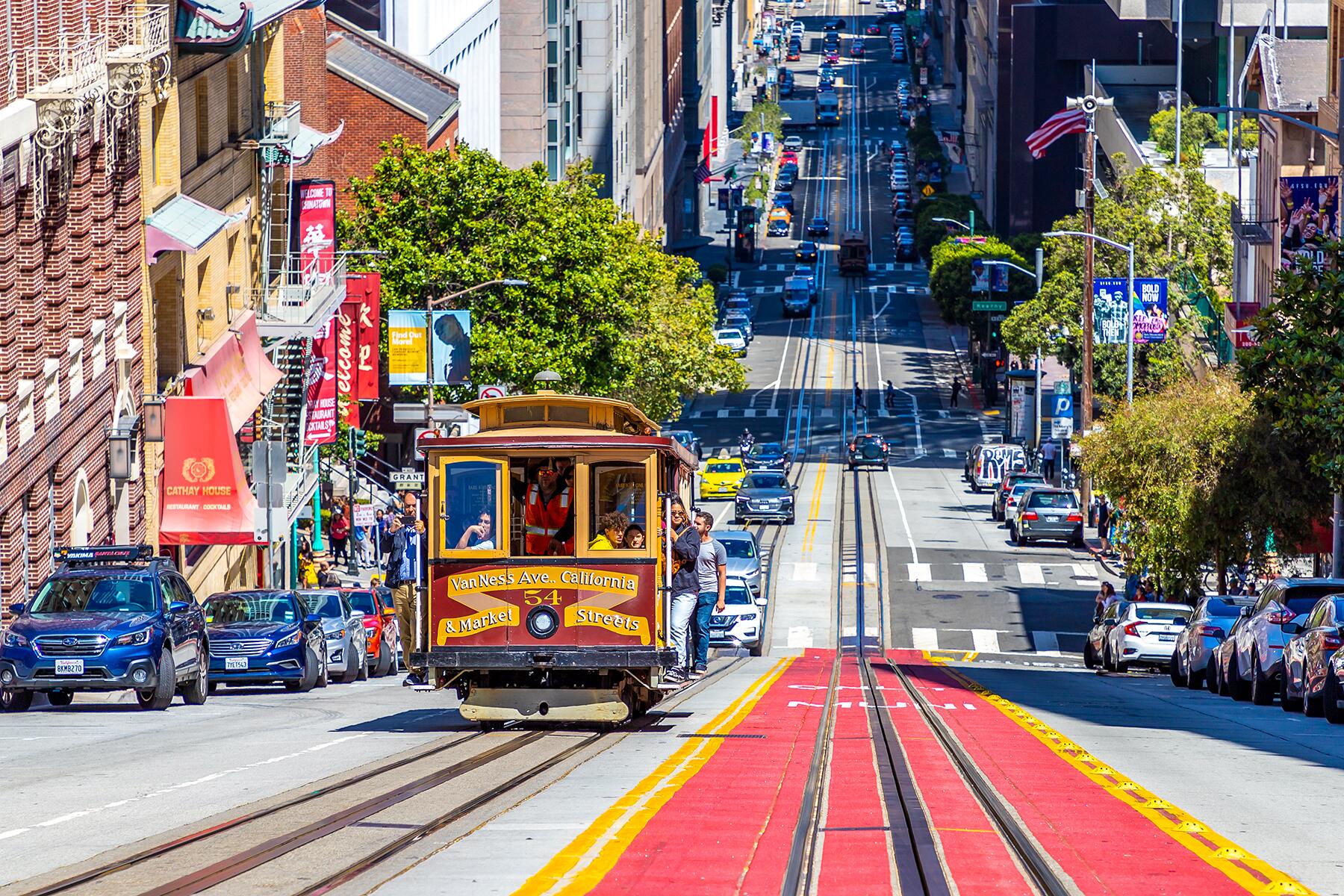 We’ve got Bricktastic news. A new LEGOLAND is opening this summer.

According to Destination Analysts, 62.5% of Americans are already planning a summer vacation, and you can bet LEGO fans are among those planners. Not only is LEGOLAND California getting a brand new world (LEGO Movie 2 World) at the end of May, but two new LEGOLAND Discovery Centers are opening in New Jersey and Milpitas, California (just north of San Jose). That news alone is pretty exciting, but Merlin Entertainment, the company that brings you LEGO, is topping that news with the announcement that LEGOLAND Resort in Goshen, New York, will finally be opening in summer 2021!

Okay…it will be a phased opening, with previews beginning May 29, and the resort will comply with government restrictions, but the park and the hotel are on track to welcome visitors this summer and what they can expect is a whole lot of Bricktastic LEGO fun. 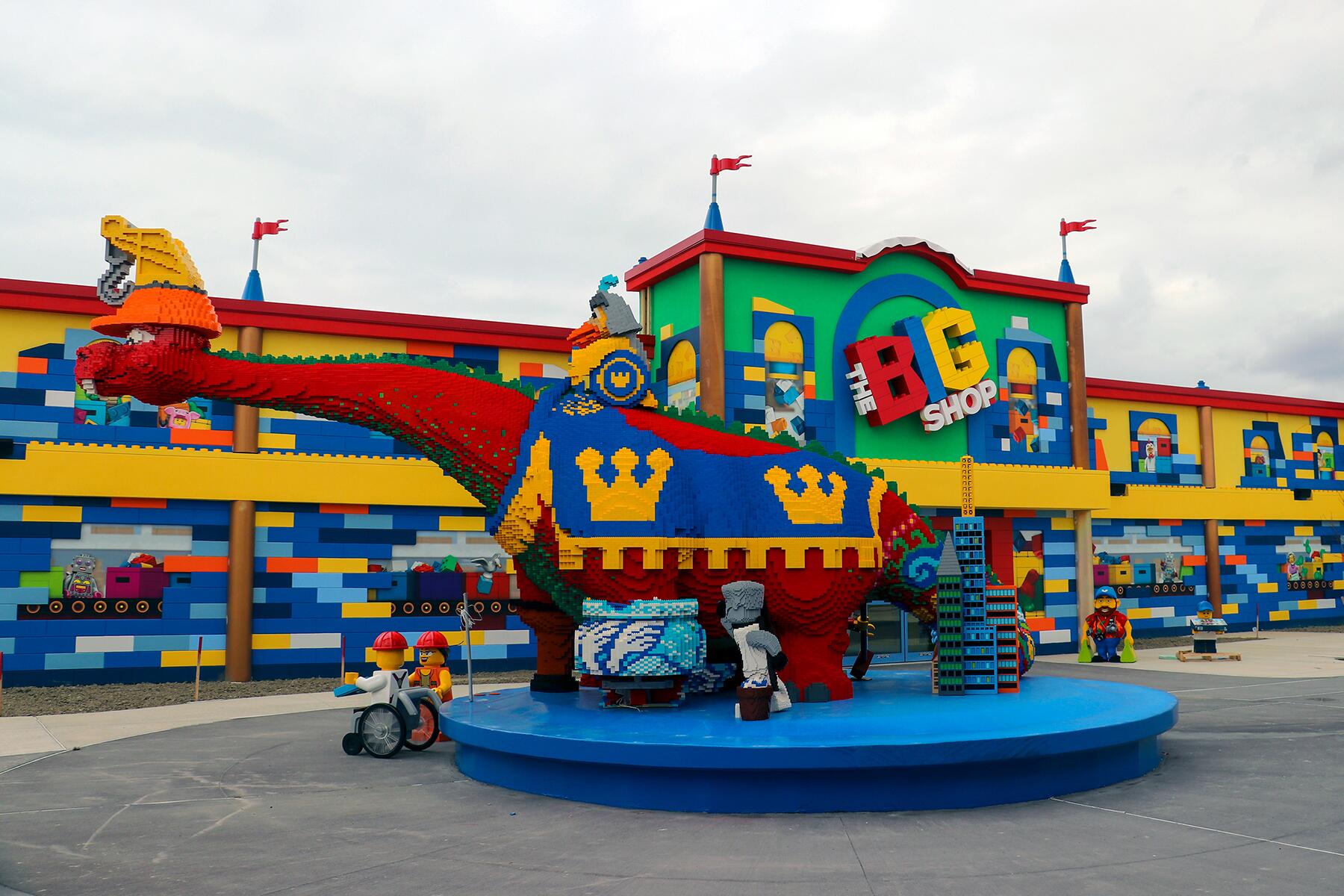 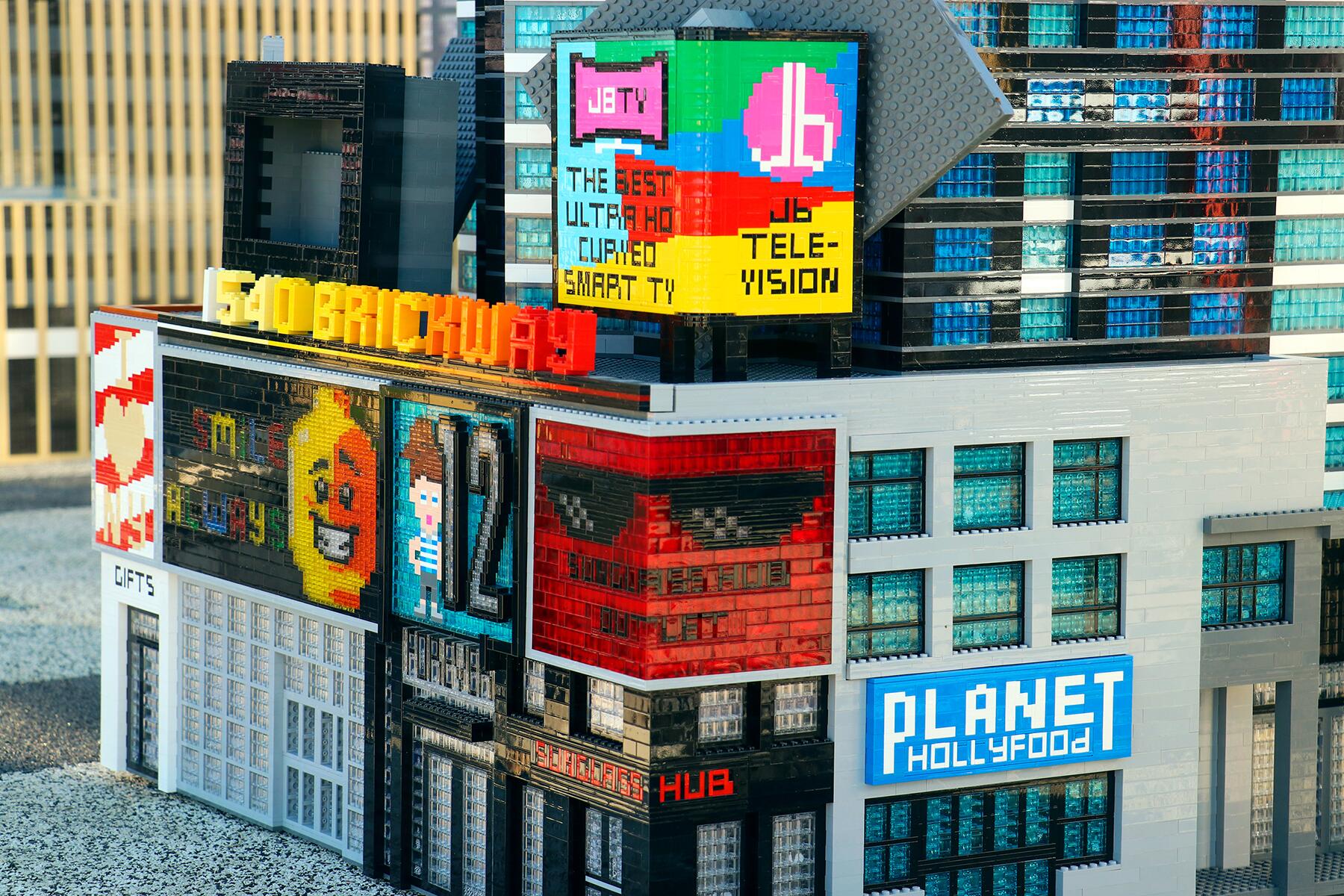 Every payment, from tickets to food and souvenir purchases, will be cashless. If a guest doesn’t carry plastic, they can purchase gift cards at Guest Services to use in the park. Mobile app-based food and beverage offerings will include digital menus.

The familiar seven “lands”–Brick Street, Bricktopia, LEGO NINJAGO World, LEGO Castle, LEGO City, LEGO Pirates, and Miniland–are back with a few exclusive items. Brick Street, where guests enter the park, features the Big Shop, which is the largest LEGO retail space in North America. Bricktopia is where you’ll find the brand new, unique-to-this-resort (a.k.a only one in the world), LEGO Factory Adventure Ride. The ride puts guests in the middle of a LEGO factory by shrinking them down to digital miniversions of themselves (everything is replicated from your shirt color to your hairstyle) so they can experience how bricks are created on a firsthand level–what LEGO fan doesn’t want to see a minifig version of themself, even if it’s just digital.

The park’s Miniland will have original brick creations of landmarks from all five boroughs and around the Empire State as well as the resort’s hometown of Goshen. (Check out our article, What Really Happens Behind the Scenes at the Secret Lego Warehouse, for more details about the unique Miniland builds.) 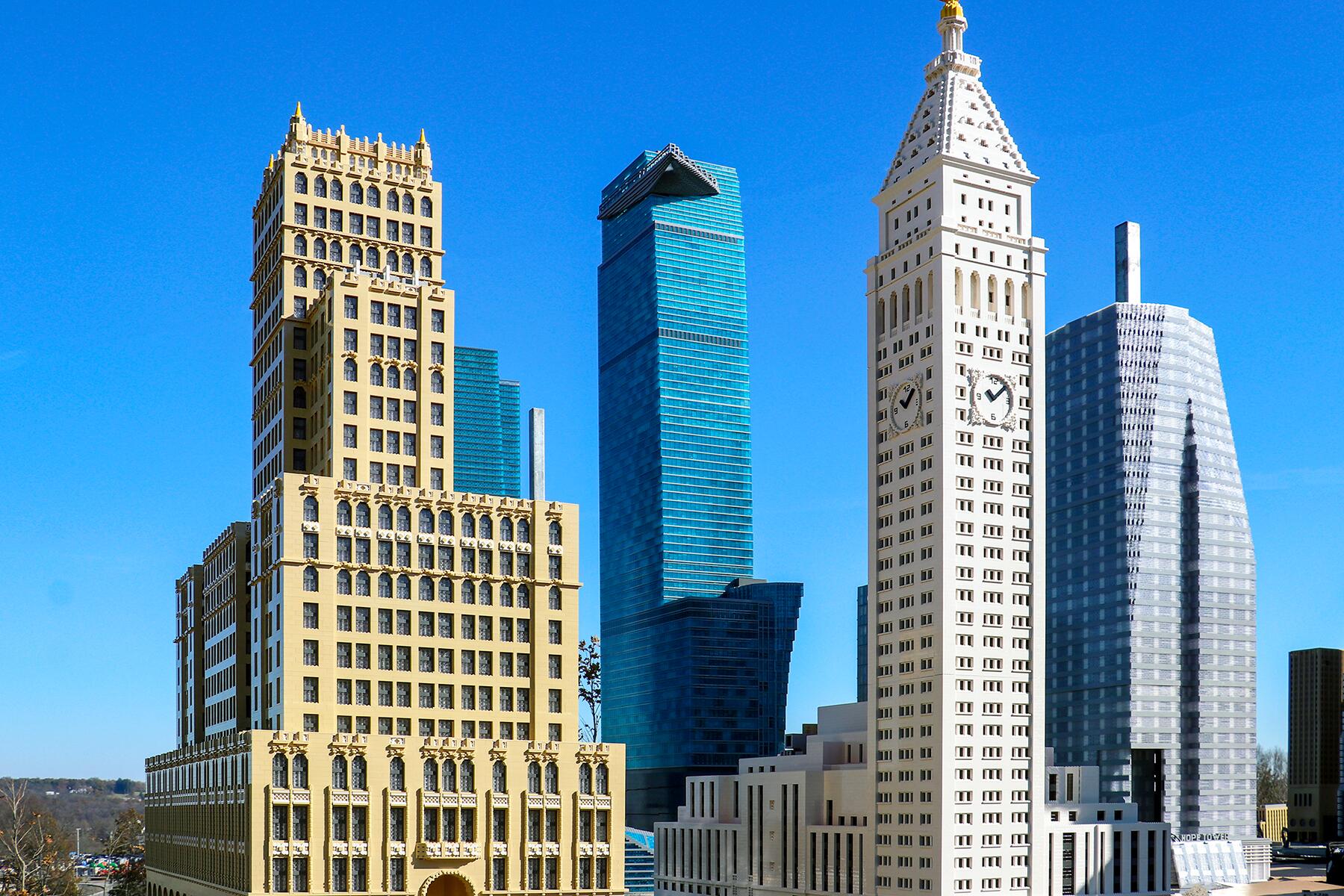 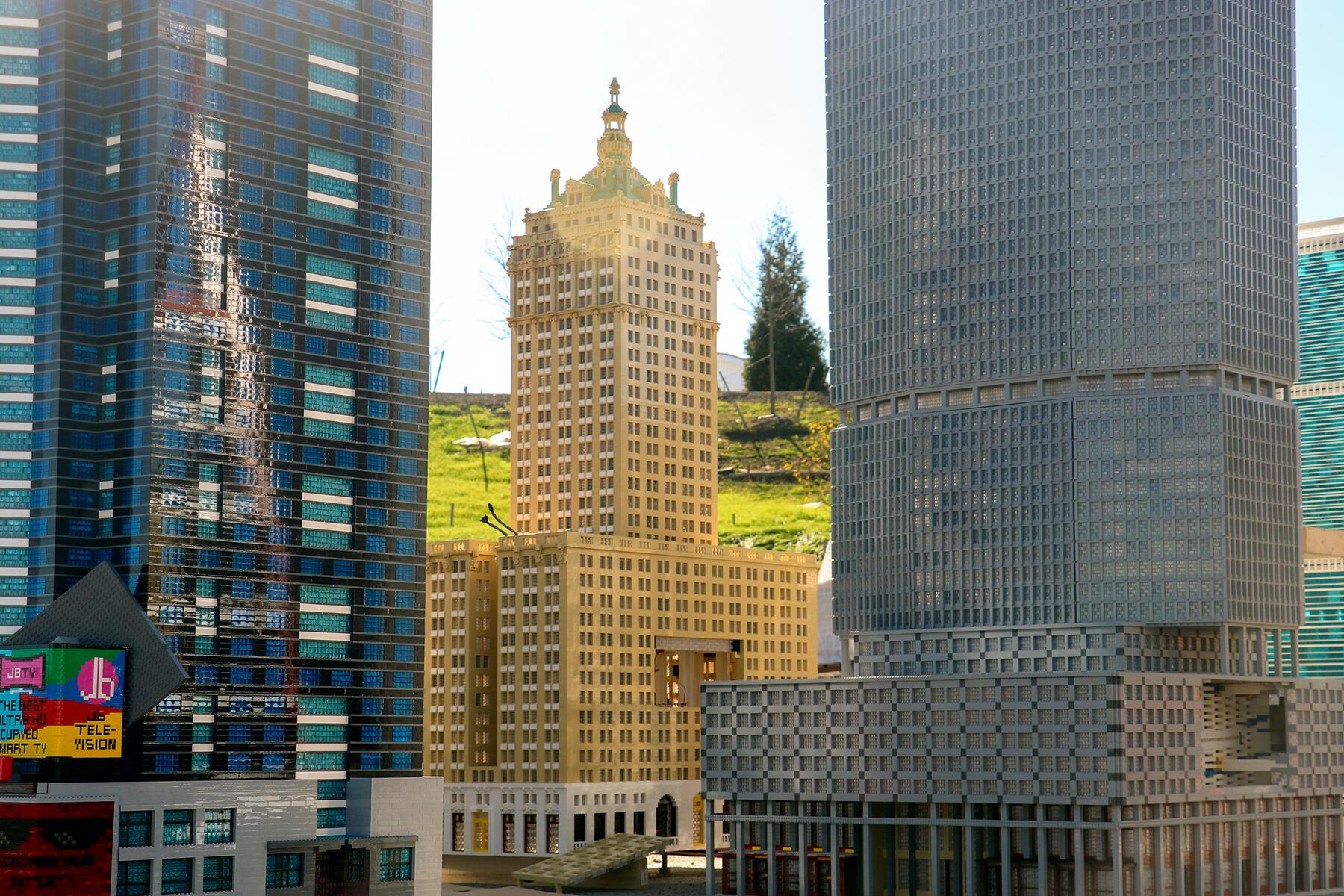 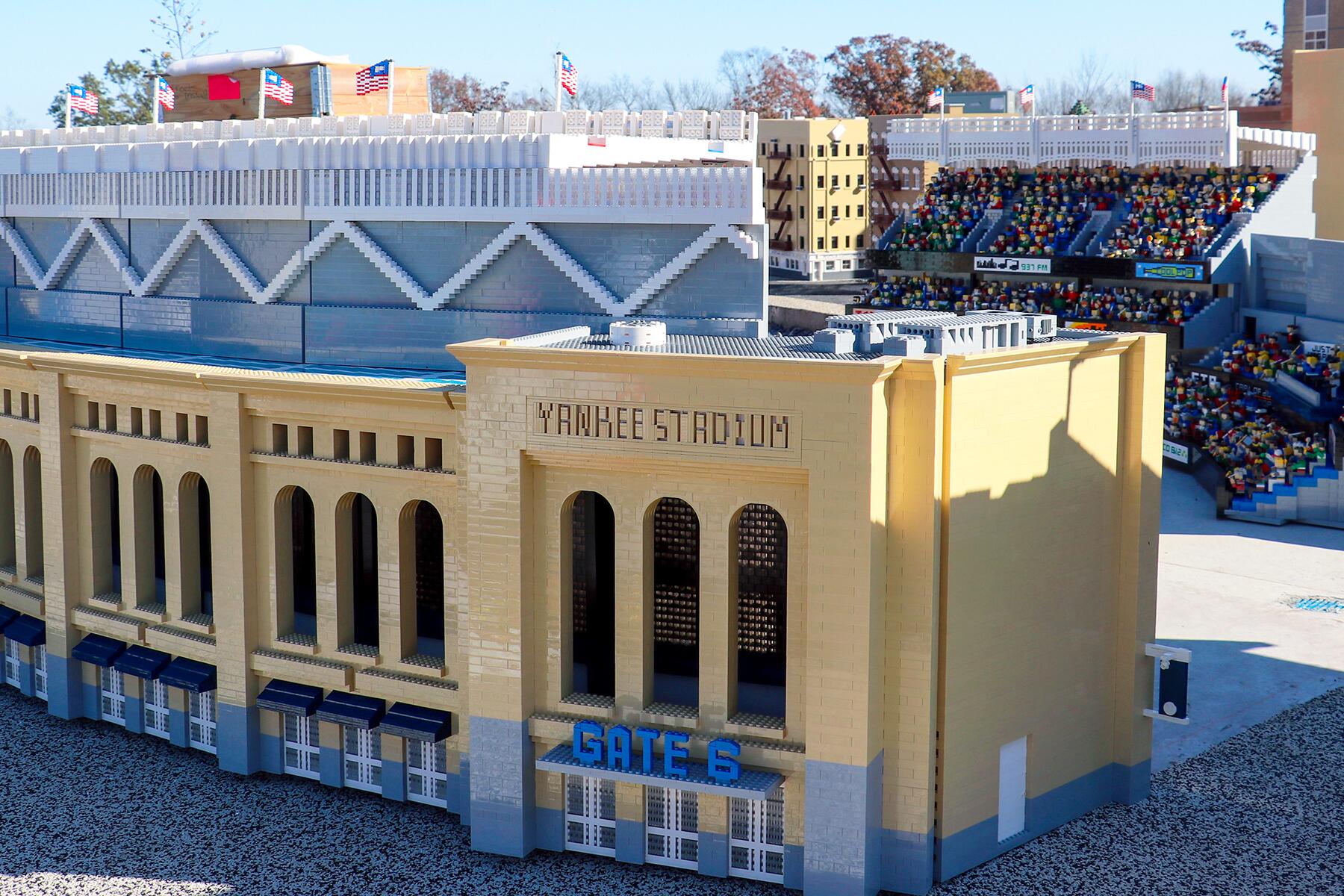 Another cool feature is the musical fountain, Stepping Tones. Not only does the fountain play music and spurt water as various sensors are activated, but this is the only place you can see the fountain besides LEGOLAND Billund in Denmark. Look for it in Bricktopia across from Build & Test, which is where future LEGO Master Model Builders can flex their skills building anything they can think of–cars, boats, skyscrapers–and then test them out.

The park will also have one-of-kind ice cream flavors created in collaboration with New York City’s A La Mode Ice Cream. What will those flavors be? Rumor has it there will be a flavor called Red, White, and Boom, as well as Granny Smith Apple Fries ice cream inspired by one of the park’s most popular snacks.

What Fan-Favorites Are Back?

LEGO NINJAGO World has, you probably guessed, LEGO NINJAGO The Ride where participants train at the Monastery with Master Wu. LEGO Castle has LEGOLAND’s signature Dragon and Dragon’s Apprentice roller coasters (for those under five), as well as the Tower Climb Tournament. LEGO City has the Driving School and the Coast Guard and Fire Academies as well as the Palace Theater where guests can see LEGO Movies in 4D. If you want to get wet, LEGO Pirates is where you’ll find the popular rides Splash Battle and Anchors Away! Brick Street has the appropriate-for-all ages Brick Party Carousel, which instead of the traditional horses, has a motorcycle and a tiger to name a few. When asked if LEGOLAND New York would be getting a LEGO 2 Movie World, this intrepid reporter was told: “not yet.” LEGO fans, we can dream.

LEGOLAND Hotel, which is adjacent to the park, will have 250-themed rooms. Guests can choose from Pirate, Kingdom, LEGO Friends, LEGO NINJAGO. And, yes, there will be daily in-room scavenger hunts with LEGO prizes.

Speaking of LEGO Friends, while there isn’t a LEGO Friends land here, there is the LEGO Friends Nature Trail. For Friends fans, here’s where you can take pictures with your favorite Friend.