Following a protracted winter and a milder-than-usual spring, New York City is finally heating up for the season with a slew of new restaurants, hotels, and cultural events that promise a fun-filled summer for locals and visitors alike. From free concerts to a indoor food hall to a stunning rooftop art installation, here's everything you need to know about the best of what New York has in store. 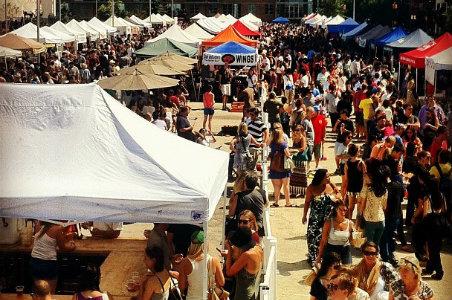 This summer's most buzzed-about new arrival is Cherche Midi, legendary restaurateur Keith McNally's new French spot, which opens to the public today in the former Pulino's spot on the Bowery. Outfitted with classic red leather banquettes and antique mirrors, the menu here skews traditional—think frogs legs and steak tartare for appetizers, saddle of lamb and skate wing meunière for entrees. This is guaranteed to be a hot spot, so be prepared to wait at least an hour at peak times, or dine early or late.

Near the almost-complete One World Trade Center, two newcomers have livened up Battery Park City. Opened in April, mega restaurateur Stephen Starr's El Vez is a festive celebration of Mexican and Mexican-American cuisine, featuring visually stunning, eye-popping décor that manages to feel fun without going over the top. Nearby Hudson Eats, the city's newest food hall, brings together many of New York's most popular treats under one roof. Standout options include Black Seed Bagels, which generates lines at its original location; Umami Burger, the beloved L.A.-based chain; and Num Pang, a Cambodian-inspired sandwich shop.

Over in Brooklyn, food market Smorgasburg is more popular than ever, with 100 vendors serving up a mind-boggling array of dishes in an open-air setting through Thanksgiving. In the rapidly gentrifying neighborhood of Bushwick, meanwhile, barbecue master Tyson Ho is planning to open Arrogant Swine, a restaurant he hopes will function as “a church of pork.” Part Munich-style beer hall, part Carolina BBQ joint, this massive space will be dedicated to whole hog BBQ and feature graffiti done by members of the Bushwick Collective.

As always, NYC Restaurant Week returns this summer, offering locals and visitors $25 three-course prix-fix lunches and $35 dinners at many fine restaurants around the city. And if you love outdoor meals, check our picks for NYC's 10 best spots for al fresco dining. 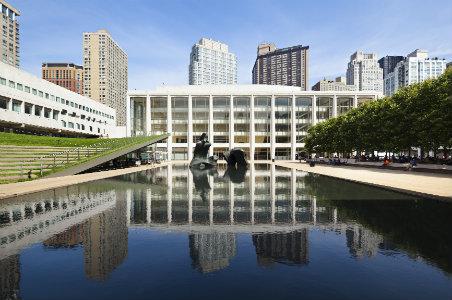 The annual Northside Festival (June 12–19) returns to Brooklyn this year, featuring a lineup of more than 400 bands, plus film screenings and tech-focused panels. Hosted at a plethora of venues, the festival's biggest shows are held in McCarren Park and on the Williamsburg waterfront. In Prospect Park, Celebrate Brooklyn! (June 4–August 9) features a mix of free and ticketed concerts; highlights this year include performances by Janelle Monae, Jack Johnson, The National, Bebel Gilberto, and St. Vincent.

Now through August, SummerStage features a wide variety of programming, including live music, dance performances, movies, and family-friendly entertainment at various outdoor venues around the city, including one in Central Park. Meanwhile, the Lincoln Center Out of Doors festival (July 20–August 10) features an eclectic lineup of global music and dance performances, all outside. 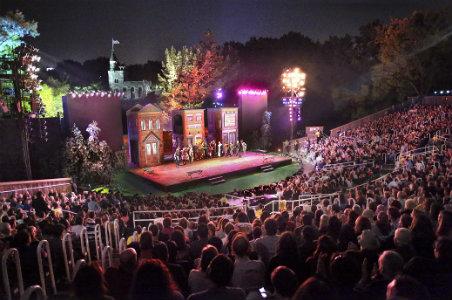 One of New York's best rooftop bars is also the site of a stunning art installation this summer. On top of The Metropolitan Museum of Art sits Dan Graham's site-specific commission of steel, two-way mirrors, and ivy hedgerows, which collectively turn viewers' attention to the act of looking (on view now through November 2). Indoors, The Museum of Modern Art hosts an exhibition of prints and posters made by Toulouse-Lautrec (July 26, 2014–March 1, 2015).

A perennial favorite, The Public Theater's free Shakespeare in the Park returns with two productions this season: Much Ado About Nothing (June 13–July 6), directed by Broadway vet Jack O'Brien; and King Lear (July 22–August 17), starring John Lithgow. Elsewhere, the Lincoln Center Festival (July 7–August 6) features an extraordinary lineup of theater and dance performer from around the world; this year's hot ticket is a production of Jean Genet's The Maids, starring Cate Blanchett. Later this summer, The New York International Fringe Festival (August 8–24) returns with a dizzying schedule of small-scale shows held at Off-Off Broadway venues. 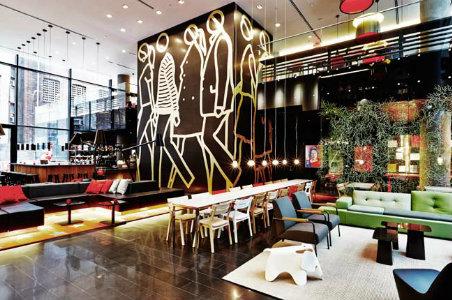 This season's most-anticipated newcomer is undoubtedly the Park Hyatt New York, scheduled to open its doors in August. Occupying the first 25 floors of a towering, 90-story skyscraper, this luxury property will be the U.S. flagship of the global Park Hyatt brand. Located near Carnegie Hall and Central Park, its 210 guestrooms (from $795/night) will be among the largest in the city, starting at 475 square feet. Designed by the firm behind Barneys New York and Bergdorf Goodman, all rooms (92 of which are suites) feature floor-to-ceiling windows, luxurious furnishings, and modern amenities. Elsewhere in the hotel you'll find a full-service spa, a high-end art collection, and a state-of-the-art fitness center overlooking an indoor pool in a three-story aerie.

A few blocks north of Times Square, European chain citizenM opened its first stateside location this past April, a hip alternative to the neighborhood's other hotels. Its 230 rooms (from $199/night) aren't for travelers who like to sprawl out—they measure only 170 square feet—but their design smartly maximizes space and includes cool features like customizable mood lighting and digital artwork. There are plenty of places to relax outside the rooms: the large, funky-looking lobby, with a bar and a 24-hour grab-and-go eatery; multiple outdoor spaces; and a rooftop bar.

For a minimalist escape from the urban action, check into the Hyatt Times Square, which offers a soothing ambiance despite its location in one of the busiest neighborhoods in the world. Starting at 325 square feet, all light-filled 487 rooms (from $239/night) sport neutral tones and wood accents, with rain showers in every bathroom. Whether you're staying there or not, don't pass up a cocktail and river-to-river views at Bar 54, now the city's highest bar, which features a drink program headed up by top mixologist Julie Reiner.

Looking for more suggestions on what to do? Watch our video on NYC's top 5 summer experiences.