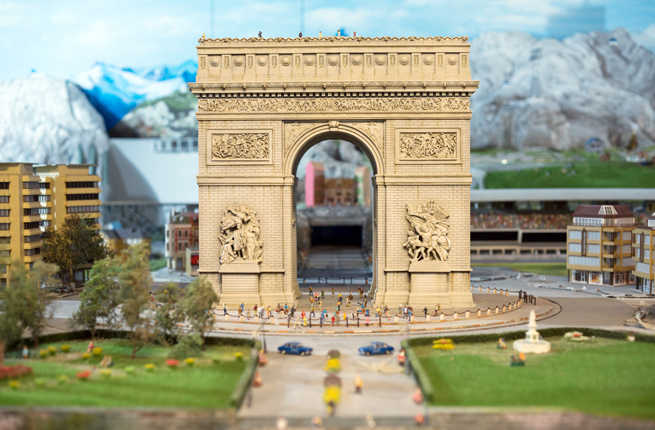 The appropriately named Gulliver’s Gate will make you feel like you’ve stepped into Jonathan Swift’s miniscule land of Lilliput. This 49,000 square foot family-friendly attraction opened on May 9 in New York City and includes 300 scenes that represent 50 countries.–Alexis Kelly 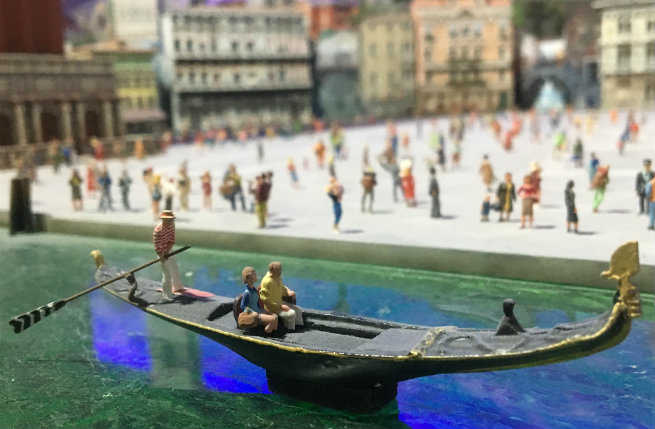 Visitors can see tiny replicas of iconic scenes, like Stonehenge, the canals of Venice, the Panama Canal (it works), the Egyptian Pyramids, an Italian piazza, and the Great Wall of China. 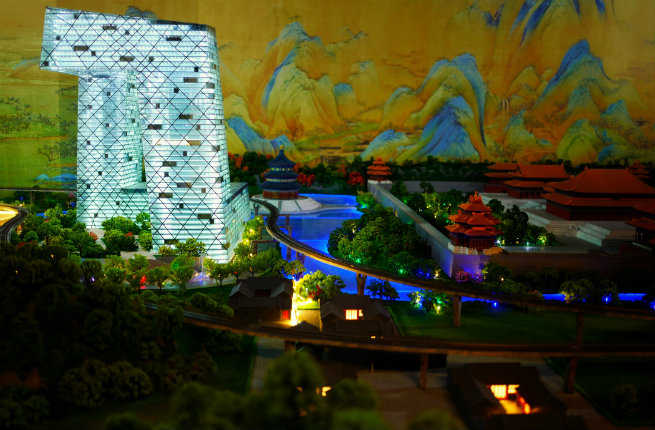 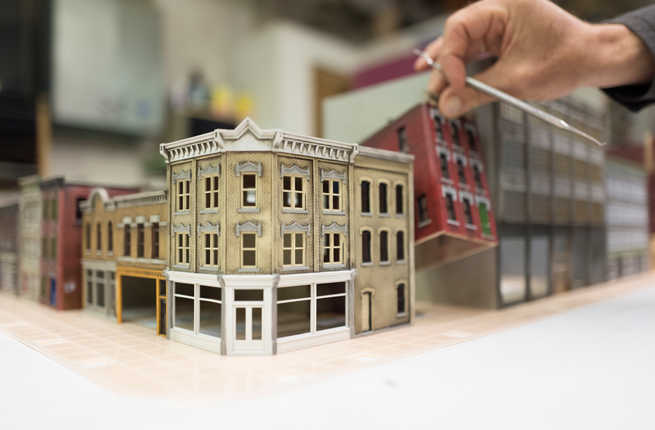 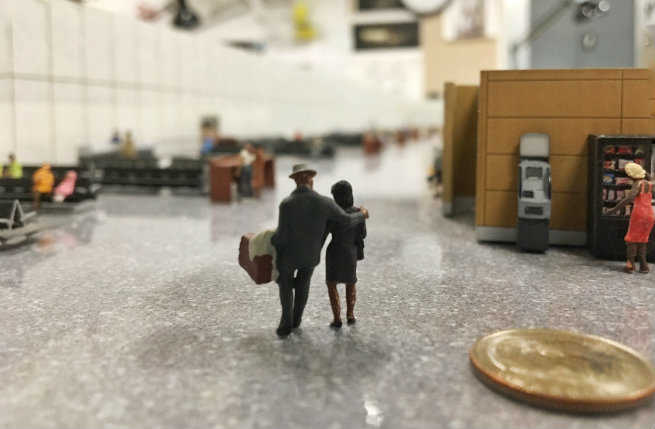 And, there’s a fully operational airport with planes that taxi, takeoff, and land. 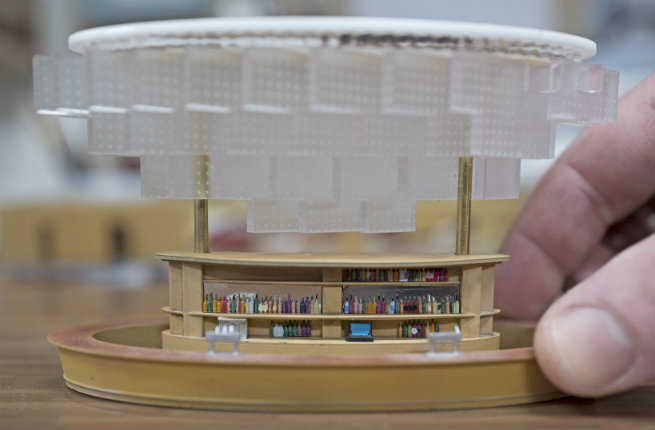 There’s even a tiny airport bar, with tiny bottles of liquor for the tiny people waiting for their tiny flights. 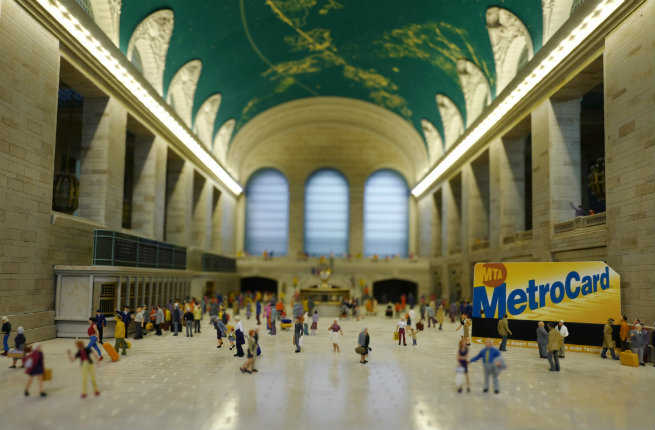 Check out mini Grand Central station, which has mini trains on underground platforms. 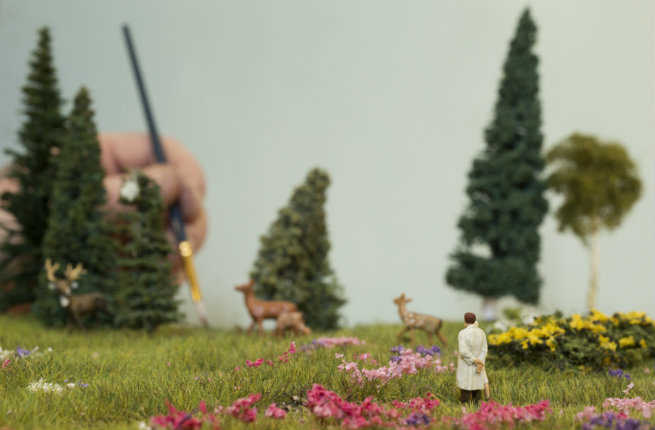 It’s not all cities and buildings – there are outdoor scenes, too. 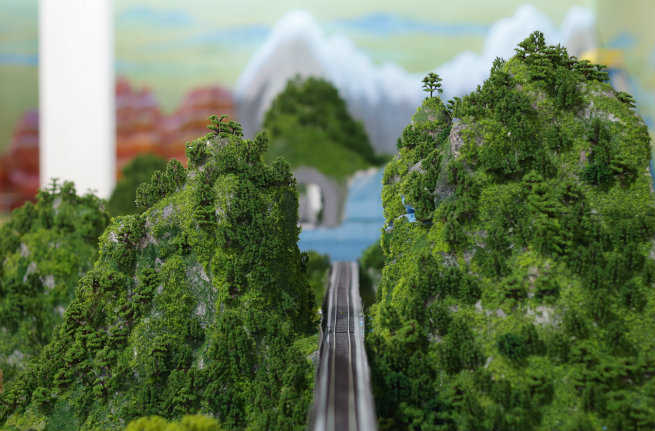 Among the buildings and famous landmarks there are roads and tracks with 1,000 trains and more than 10,000 individual cars and trucks, many of which move. 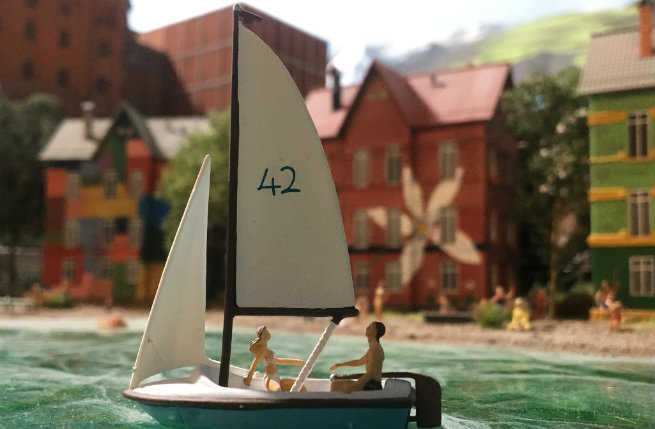 The best part of all might be the mini people – minding their own business while commuting, sunbathing, sailing, or going for a walk. 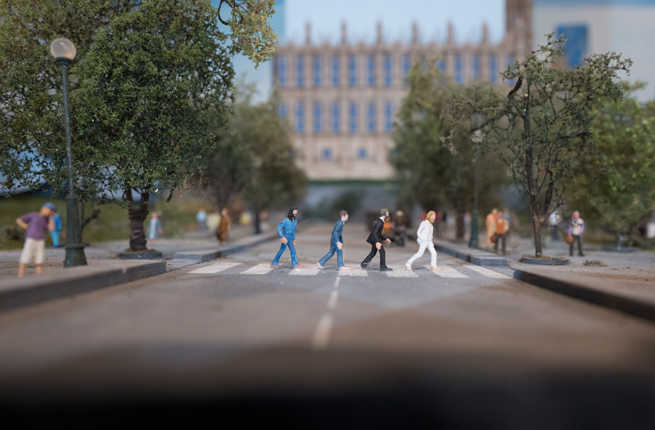 Pay attention to the details of each scene as the artists have created fun little “twists” here and there-look for the Lenape Tribe in Metropolis, and the Abbey Road crosswalk made famous by The Beatles. 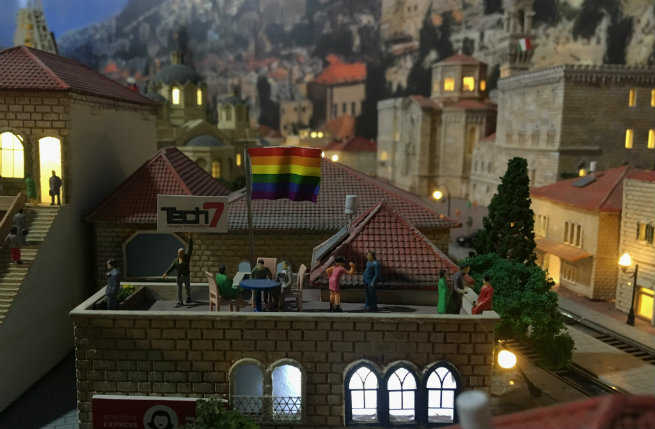 Spy on a rooftop party. 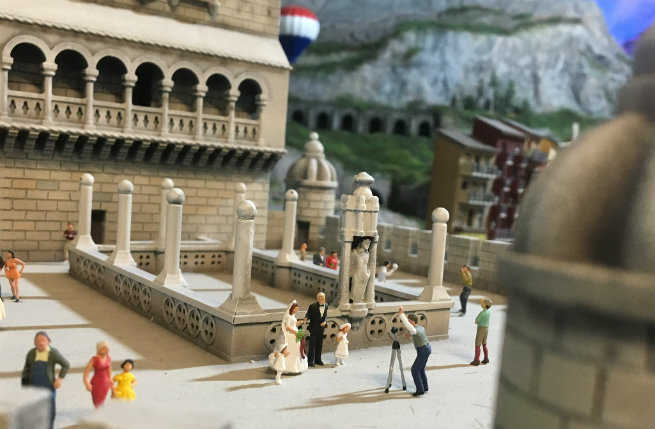 And see if you can spot the numerous brides and grooms…rumor has it Batman and Spiderman also make an appearance. 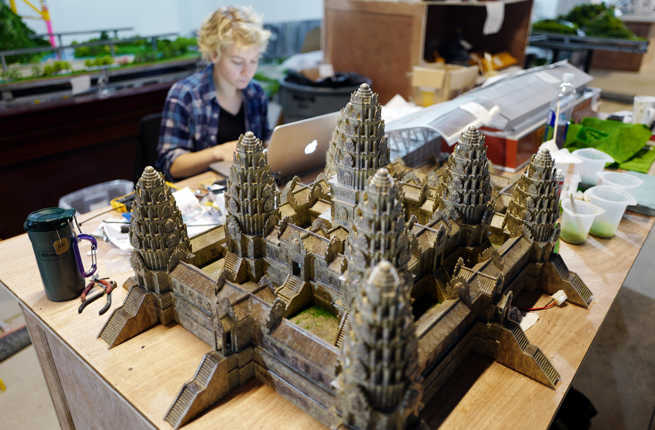 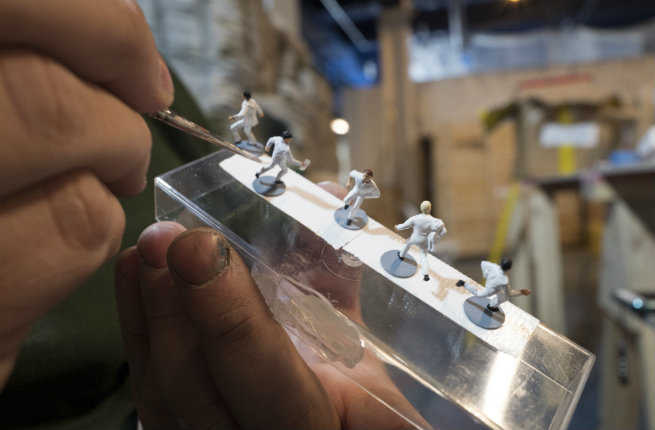 If you can’t get enough of the displays, guests can literally become part of this world by stepping into the site’s 3D full-body scanner. Yup. You read that correctly. The scanner’s 128 DSLR cameras create a 3D image that becomes a 3D model that, for $44, is then placed in one of the 300 scenes. For $145, you’ll also get a “standard action figure size model of yourself”.

Insider Tip: If you happen to be heading to Brussels anytime soon, there’s also a world of miniatures there called Mini Europe 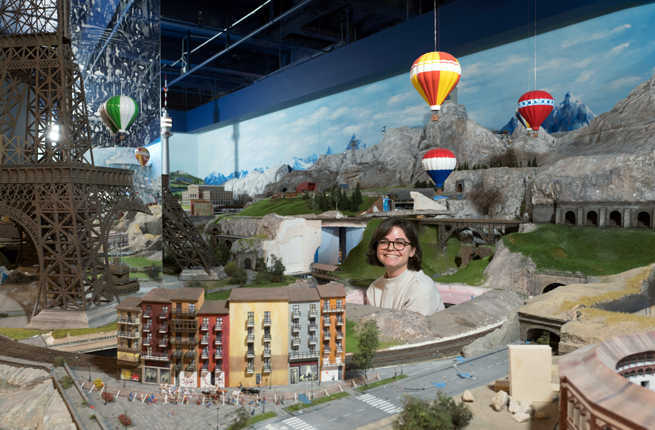