5 Places to Relive the Roaring Twenties in New York City 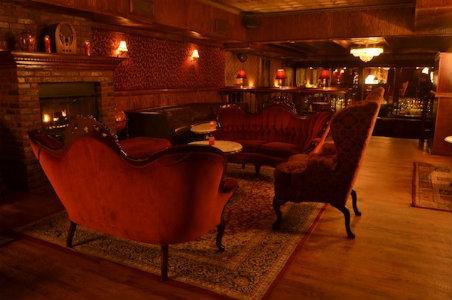 There’s a reason we use the term “Roaring Twenties” to describe the decade between World War I and the Great Depression: Among other firsts, it was the first time in American history that more people lived in cities than in rural areas. During those years, New York City buzzed with the rumble of automobiles, street hawkers shouting about their wares, and, of course, jazz. The Lost Generation—Fitzgerald and Hemingway among them—drifted from New York to Paris looking for excitement, literary inspiration, and a great meal. In New York, Prohibition drove wild parties underground, where bootleggers served bathtub gin in teacups and gangsters kept the police in their pockets. It was a time of decadence and glamour.

Though the city has seen plenty of change since Prohibition, there are still classic bars, restaurants, hotels, and concert halls that can make you feel like you’ve stepped back in time. Read on for a guide to five of New York’s most authentic 1920s spots, including a real speakeasy, two of Fitzgerald’s haunts, and an off-the-beaten path museum that immortalizes the gangsters of New York. 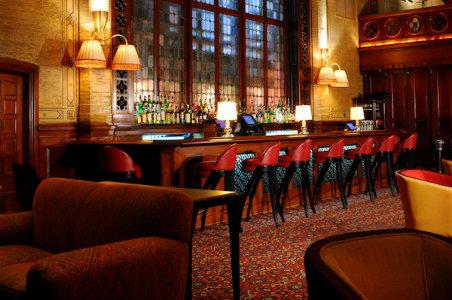 Hidden inside Grand Central Terminal, the Campbell Apartment was originally the office of 1920s tycoon John W. Campbell. Campbell, a major stockholder in the railroad, rented the space from William Kissam Vanderbilt II, and hired an architect to transform it into a venue where he could host parties and concerts. Take the elevator down to the basement, where a hostess in a black cocktail dress and pearls will usher you inside. With its dark mahogany interior, stained glass windows, enormous Persian rug and antiques, the Campbell Apartment will make you feel like you've been transported. If the décor isn’t enough to take you back in time, the Prohibition Punch should do the trick.

Though New York City has plenty of hidden bars that may look authentic, The Back Room on the Lower East Side is one of the few that really was a speakeasy during Prohibition. Out on the street, the only indication of its existence is a sign that says “Lower East Side Toy Co.” Descend the narrow staircase, walk through the dark alley, and climb another set of steps to enter the bar. Inside, the place is lavishly decorated with red wallpaper, gold-framed portraits, vintage sofas, chandeliers, and a fireplace. The expert bartenders serve classic and creative cocktails in teacups, just like they did during Prohibition. If you’re daring, see if you can find your way into the secret back room of The Back Room. 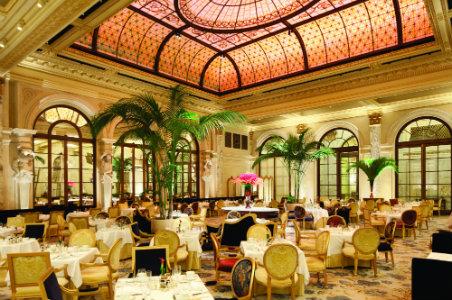 The opulent Plaza Hotel on Fifth Avenue and Central Park South was a favorite spot of F. Scott and Zelda Fitzgerald. Not to be outdone by Zelda, who had jumped into the fountain at Union Square fully clothed, Scott leapt into the fountain in front of the Plaza. (A key scene in The Great Gatsby unfolds inside the Plaza’s glittering halls.) The hotel epitomizes the decadence of the Lost Generation; when it was built in 1907, its founders placed the largest order in history for gold-encrusted China from L. Straus & Sons and filled the hotel with 1,650 chandeliers. At the time, rooms started at $2.50 per night. It’ll cost you a lot more to stay at the Plaza today, but you don’t have to book a room to enjoy the hotel’s atmosphere. The Rose Club & Champagne Bar hosts Gatsby Hour, with a jazz band and Prohibition-inspired cocktails, on Wednesdays and Thursdays, and the Palm Court serves Fitzgerald Tea for the Ages with finger sandwiches, scones, and pastries. 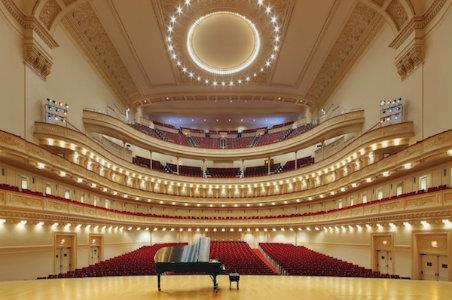 Built by the wealthy industrialist and philanthropist Andrew Carnegie in 1891, Carnegie Hall hosted scores of symphonies and jazz concerts in the 1920s. Carnegie intended for his Italian Renaissance-style concert hall to be as grand as those of Europe, and indeed it was. George Gershwin conducted a symphony there in 1925, but Carnegie Hall wasn’t just home to classical music. Josephine Baker, Louis Armstrong, Count Basie, Billie Holiday, Dizzie Gillespie, Ella Fitzgerald, and Charlie Parker all performed there. Before television, the hall was used as a public forum, and provided the stage for Clarence Darrow’s debate against prohibitionist Wayne B. Wheeler. In The Great Gatsby, a concert by fictional composer Vladimir Tostoff takes place in its hallowed auditorium. The venue still hosts regular concerts and guests can take tours of the building with plenty of interesting anecdotes. Even if the music is contemporary, the architecture and stories of the past can transport you to the past. 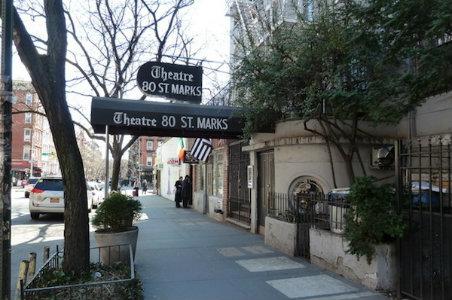 THE MUSEUM OF THE AMERICAN GANGSTER

One of New York’s more off-beat museums, the Museum of the American Gangster is the place to go if you want to learn more about Prohibition and organized crime. The father of the museum’s founder, Lorcan Otway, bought the building on St. Marks Place in 1964 with the intention of forming a theater, only to discover that its owner had put it to other uses. Renovations in the basement revealed two safes containing $2 million; originally, there had been $12 million—enough to buy the entire Lower East Side at the time it was hidden there. Otway dug into the place’s history and learned that it had been a speakeasy during Prohibition and was wired with bombs that would explode if the police raided it. Today, you can visit the small museum, have a drink in its bar, and tour the basement to see the safes.