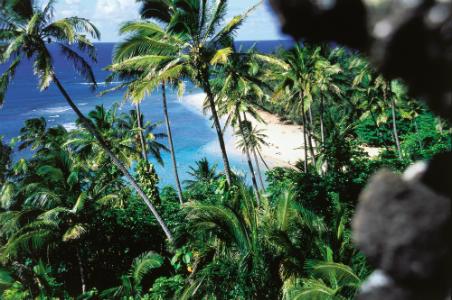 We’re rounding out our three-part beginner’s guide to Hawaii with the Garden Isle of Kauai. Each of the Hawaiian Islands has something unique and special, making them all desirable places to visit. We began our guide recommending the islands of Maui, Lanai, and Molokai for a perfect blend of tourism and culture. Part two focused on the active and adventurous “Big Island,” as well as the most visited island, Oahu, which offers both the densely populated major city of Honolulu and off-the-beaten-path options, like the North Shore. But we've saved the best for last, so now it’s time for Kauai. 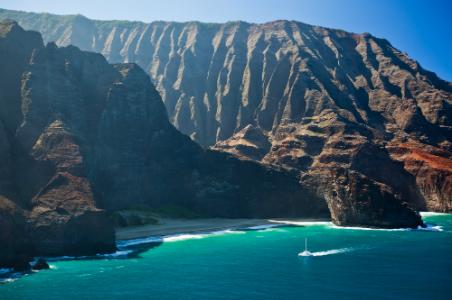 The island of Kauai truly stands apart and holds a special place in the hearts of many who have visited. The oldest, northernmost, and fourth-largest island in the Hawaiian chain, Kauai is covered in shades of green. It’s filled with valleys, sharp mountain spires, and jagged cliffs aged by the elements over time. There are tropical rainforests, cascading waterfalls, and forking rivers throughout, and parts of the island are only accessible by sea or air, which means a lot of what you can see is untouched and breathtaking. It's so beautiful, in fact, that more than fifty major motion pictures have been filmed here, including South Pacific, Jurassic Park, Raiders Of The Lost Ark, and The Descendants.

Beaches Rosie Bell 26 Ultimate Things to Do in St. Lucia
Continue Reading Article After Our Video

There is a lot to see on Kauai, and the best way to get a sense of what the island has to offer is to view the island from above. AirVentures Hawaii, located near Lihue Airport, has three aircraft options including a six-passenger GA-8 Airvan and Kauai’s only biplane, the YMF-5 Super. Seeing the island from a small plane provides epic aerial views at a slightly lower cost than a helicopter tour—by far the most popular activity on the island. For those who prefer to get closer to the waterfalls and can stomach a windy helicopter ride, Sunshine Helicopters has great tours departing from Princeville. 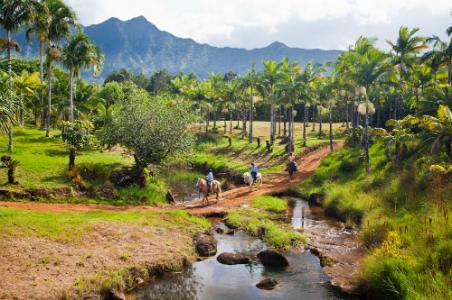 Places not to miss in Kauai include Waimea Canyon and Kokee State Park. Waimea Canyon, ten miles long and two miles wide, was nicknamed the “Grand Canyon of the Pacific” by Mark Twain. It is located in the western part of Kauai and is accessible by two roads, from either side of the island. Kokee State Park is more than 4,000 acres and has approximately 45 miles of hiking trails, some of which lead into the canyon. There are also two drivable lookouts: the Kalalau Lookout and the Puu o Kila Lookout, both of which provide gorgeous views. Also worth a visit is the Limahuli Garden and Preserve, which is set in the Lawai Valley in Haena on the North Shore of Kauai and extends to 1,000 acres of verdant tropical valley and covers three distinct ecological zones.

Also on the North Shore is the Kilauea Point National Wildlife Refuge, which offers amazing views of the Pacific and a chance to visit the historic Kilauea Lighthouse, an entrant on the National Register of Historic Places since 1979. Check out the island’s premier tour operator, Princeville Ranch Adventures, and enjoy a leisurely horseback ride that leads to a hike and ends with a waterfall picnic. It also provides zip-line, off-road, kayak, and hiking tours. Kauai’s South Shore is definitely sunnier than the north and has some must-sees. Poipu Beach is for the beach lovers. It’s also family-friendly for swimming, snorkeling, and more. Spouting Horn, close to Poipu Beach, features a blowhole that releases a spout of water twenty feet or more into the air. Old Koloa Town is located on the South Shore, as is the Koloa Heritage Trail, which highlights significant cultural, historical, and geological sites. 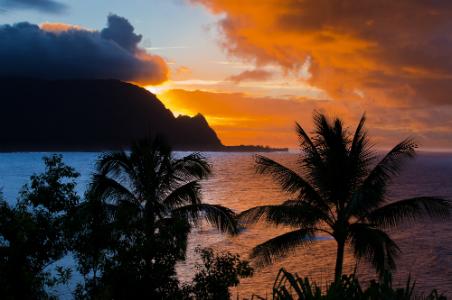 The Westin Princeville Ocean Resort Villas are located 200 feet above Anini Beach on a lush bluff. These long-stay, family-friendly villas come with homey comforts, along with four revitalizing pools, a two-story clubhouse, a restaurant, a poolside bar and grill, and a general store, not to mention the added health programs that come with staying at a Westin.

St. Regis Princeville overlooks Hanalei Bay, one of the most beautiful sites in the world. This luxury property has world-class golf, a sanctuary within its Halele’a Spa, four remarkable dining experiences, and the famed St. Regis Butler service.

Sheraton Kauai Resort occupies 20 oceanfront acres on Kauai’s Poipu Beach, one of the most coveted beaches on all of the islands. The property recently underwent a $16 million revitalization, which includes a new lobby and courtyard featuring fire pits, new bungalows by the Ocean Pool, and updates to its stellar dining options at its signature restaurants, Rum Fire and Lava’s on Poipu Beach.