When most people think of Hawaii, images of hula dancers, surfers, and honeymoons might come to mind. That is, to settlers. To the roughly 156,000 Kānaka Maoli, or Native Hawaiians, who are greatly outnumbered by migrants, settlers, and their descendants, aloha means something completely different. As haole, or outsiders, we have to ask ourselves why our popular imagination of a Hawaiian paradise rarely considers the reality of its original inhabitants, and what processes took place to enable such a mass tourist presence to propagate there. In 2015 Hawaii received 8.6 million arrivals, most of them Americans from the lower 48, who spent $15 billion that year alone. None of them need look further than the state’s other major industry—the U.S. military—to begin to understand that process. “Hawaii is captured by the twin forces of militarism and tourism,” Kyle Kajihiro, who is an activist and himself a fourth-generation migrant of Japanese ancestry, recently told me over email. Along with Native Hawaiian Terry Keko‘olani, he leads demilitarized tours, or DeTours, to historic points of U.S. intervention on the islands, drawing attention to its role in overthrowing the kingdom over a century ago, and its use of the islands as a strategic linchpin “to extend American empire across the Pacific.”

“The tourism industry provides the mask to conceal the violence of this arrangement and naturalize its presence,” said Kajihiro. After statehood was secured in 1959, Hawaii’s economy went from being dominated by sugar plantations and the military to tourism and the military. “Militarization is everywhere in Hawaii, and yet it is hidden in plain sight,” he said, referring to the 80,000 active duty and civilian personnel serving every branch of the U.S. military on 11 bases spread across every county in Hawaii, costing the state $7.8 billion in 2015 alone, according to the Hawaii Defense Economy project. It is the second most powerful industry on the islands, with tourism leading the way. Considering the perception of Hawaii as a playground and outpost of a foreign power, it’s only fitting that Hawaiians are using the forums of tours and travel guides to bring attention to the military presence there, often obfuscated by the lure of leisure. “Once you can see the problem, then you can begin to imagine different futures,” Kajihiro added, “and you have a responsibility to do something with this knowledge. That’s why we started calling our tours DeTours, a journey off the normal path.”

It’s hard to think of Hawaii as anything other than one of the world’s premier vacation destinations, and we owe that to the erasure of Native Hawaiian history and culture pre-statehood. Much like the colonization of Turtle Island or North America, Hawaii is imagined to have been “discovered” by Europeans, as if, just 58 years ago, a verdant and volcanic archipelago magically floated up to the ocean’s surface, replete with hula dancers entertaining sunburnt white guys in Hawaiian shirts. This colonial fantasy allows settlers to believe they’ve been afforded all-inclusive consent to access the islands. “There is this incredible sense of entitlement that white Americans in particular feel to being at home in Hawaii,” Native Hawaiian scholar Maile Arvin told me in an interview in 2015. Think of the word aloha, which expresses mutual compassion as deeply significant in Native Hawaiian culture but is stripped down to an empty greeting by haole. In a recent online exchange, Vernadette Vicuña Gonzalez, a professor at the University of Hawaii, Mānoa told me how tourism takes advantage of Native notions of generosity. “Many Indigenous cultures have a protocol for hospitality that understands it as a relationship of exchange and obligation between host and guest,”—like aloha—“with Native sovereignty at its heart. Under the conditions of capitalism, this gets perverted.” For a just exchange to occur, they’re looking to subvert, not improve, tourism in Hawaii. “I think there are ways to visit a place that pay attention to the impositions of hospitality,” she continued, “but that’s definitely not what is happening on the Waikiki strip.” 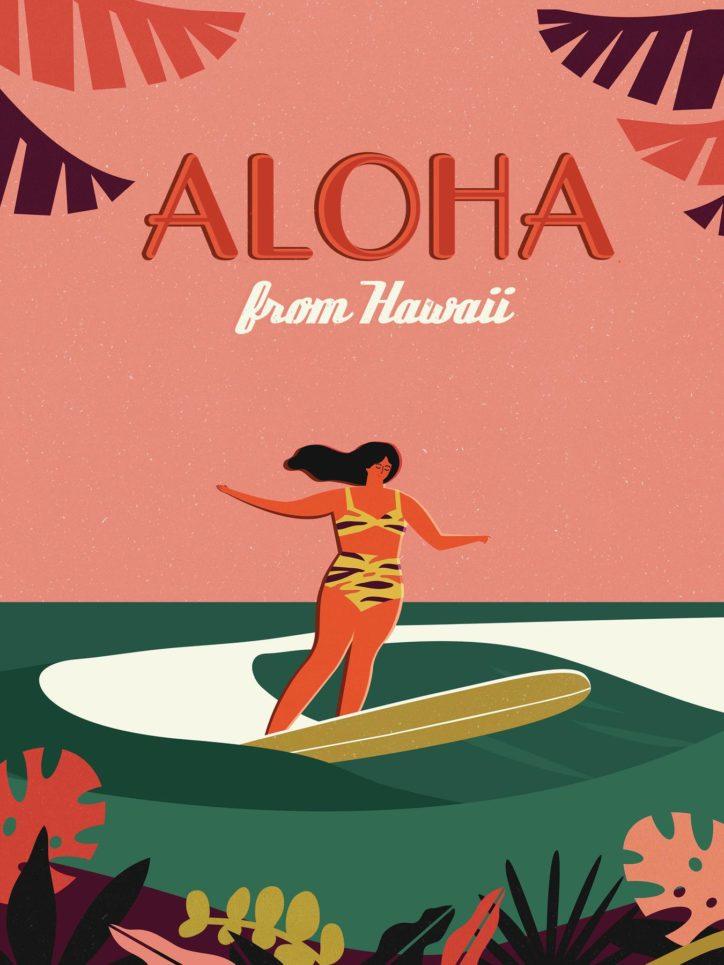 Gonzalez, along with her co-editor Hōkūlani K. Aikau, is working on a book called “Detours: A Decolonial Guide to Hawaii,” which borrows its name from the demilitarized tours, and is “designed to try to address a type of genre missing about writing about Hawaii and place,” Gonzalez said. Coming out in 2019, the book seeks to flip travel writing’s static script, telling tourists that they are not entitled to all things Hawaiian because the Hawaii of their imagination is obliterating the Hawaii of Kānaka Maoli. A fellow professor at the University of Hawaii, Hōkūlani K. Aikau chatted with me about the book’s premise, saying, “The multibillion-dollar global tourism industry says that if you can afford to travel to a place, you have a right to all that is there. Our project does not support this logic.” She continued, “Rather, we say, ask permission first. If you are welcomed onto the land, then you proceed, with gifts in hand to share with the land and the people. If [not], then you humbly walk away. We realize that this is an audacious idea—especially for folks visiting places like Hawaii where the concept of Aloha has been used to give ‘guests’ unrestricted access to everything. We are saying two things: this version of Aloha is a perversion of what Aloha really means, and not all places are openly available to everyone.”

“We often hosted visiting friends or colleagues who were normally very conscious about issues of social justice,” Kajihiro said, explaining the origins of the DeTours, “But when it came to Hawaii, these otherwise woke friends immediately switched into tourist-mode, where Hawaii is the tropical playground where people enjoy sun and surf and have no problems.” The project grew informally by word-of-mouth and now caters to delegations traveling from around the world as well as local student groups and activists. They jokingly refer to it as ‘The Red Pill Tour,’ “because it reveals a lot of unpleasant things.” “This valley might look beautiful, but it’s stolen land littered with bombs,” he said. “This hill we’re crossing sits over the Navy’s massive underground fuel tank complex that’s leaking jet fuel near Honolulu’s main source of drinking water,” he said, calling it an “anti-tourism tour.” 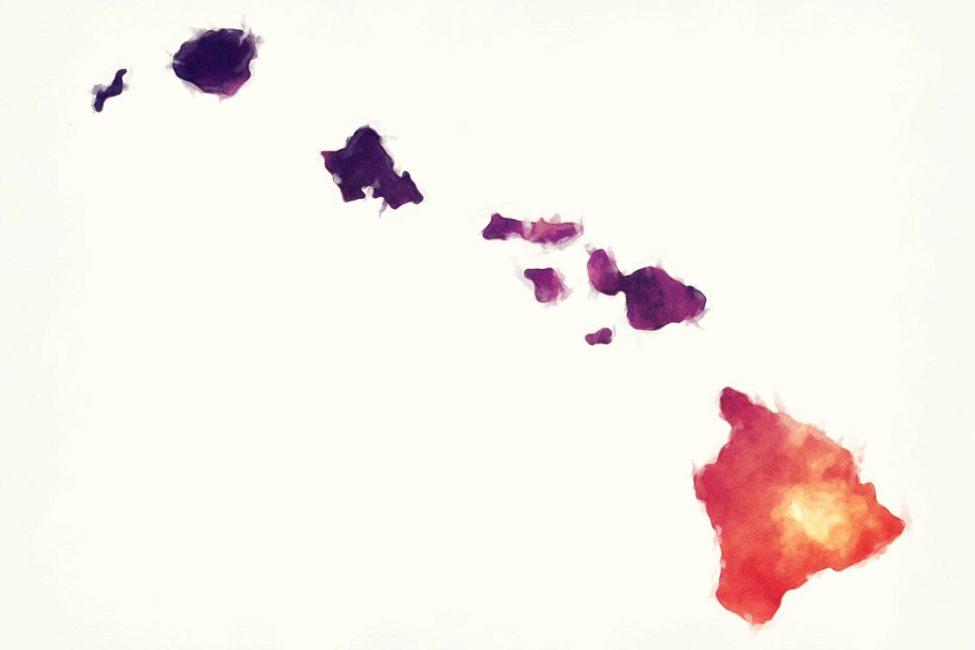 “The seductive promises of tourism are so strong. I get that. I feel that,” said Gonzalez. With the “Detours” guidebook they’re hoping to reach those who intend to become better guests, even if they’re in the minority. All of these efforts share the same goal of seeking sovereignty and repatriating Indigenous land to Kānaka Maoli. They’re using tools like tourism that were forged by foreigners to bridge common struggles across borders, reshaping travel as an act of solidarity, and questioning what hospitality means from an Indigenous perspective. “[‘Detours’] is more than just critique,” Aikau clarified, “It is also a series of instructions for how to contribute to decolonization.” The book’s proposal states that it would offer alternative itineraries for those wishing to visit Hawaii with an equitable exchange in mind. She continued, “We use the Hawaiian word ea to describe the goal of the book and the projects described within it.” Ea is defined as the breath and sovereignty of the lāhui (Hawaiian nation), ʻāina (the land), and its people. “When we talk about ea we do not mean it as a metaphor but as a material condition of independence [and] self-determination.” “Detours” tells potential tourists that if they are to visit, this is what’s being asked of them. “We make the case that ‘Detours’ is not just a redirection, it is a redirection with a very specific purpose—the restoration of ea.” After a DeTour stop at Pearl Harbor where Kajihiro had led a group of high school students, one of them said, “I feel [like] junk, like I don’t belong here. This doesn’t feel like our place.” Kajihiro described participants’ responses as ranging from painful to empowering, unsettled to inspired. “Despite the fact that Ke Awalau o Puʻuloa (the Hawaiian name for Pearl Harbor) once played an important role as a food basket for the people of Oʻahu,” he told me of that day, “these Native Hawaiian youths felt alienated by the military-touristic spectacle. So, I asked what he would like to do.” The boy said he wanted to do a chant, “so our group walked onto the lawn of the memorial, formed a circle, and did a powerful Hawaiian chant to the gods and the ancestors.” He described the effect as feeling a space opening up around them, “a Hawaiian space in the middle of this American war memorial.” Tourists stared and security just stood there, confused. “[It] was a small act of empowerment that showed the students how their thoughts, words, and actions have power to transform places.” We all do, for better or worse. Contact [email protected] for further tour information.