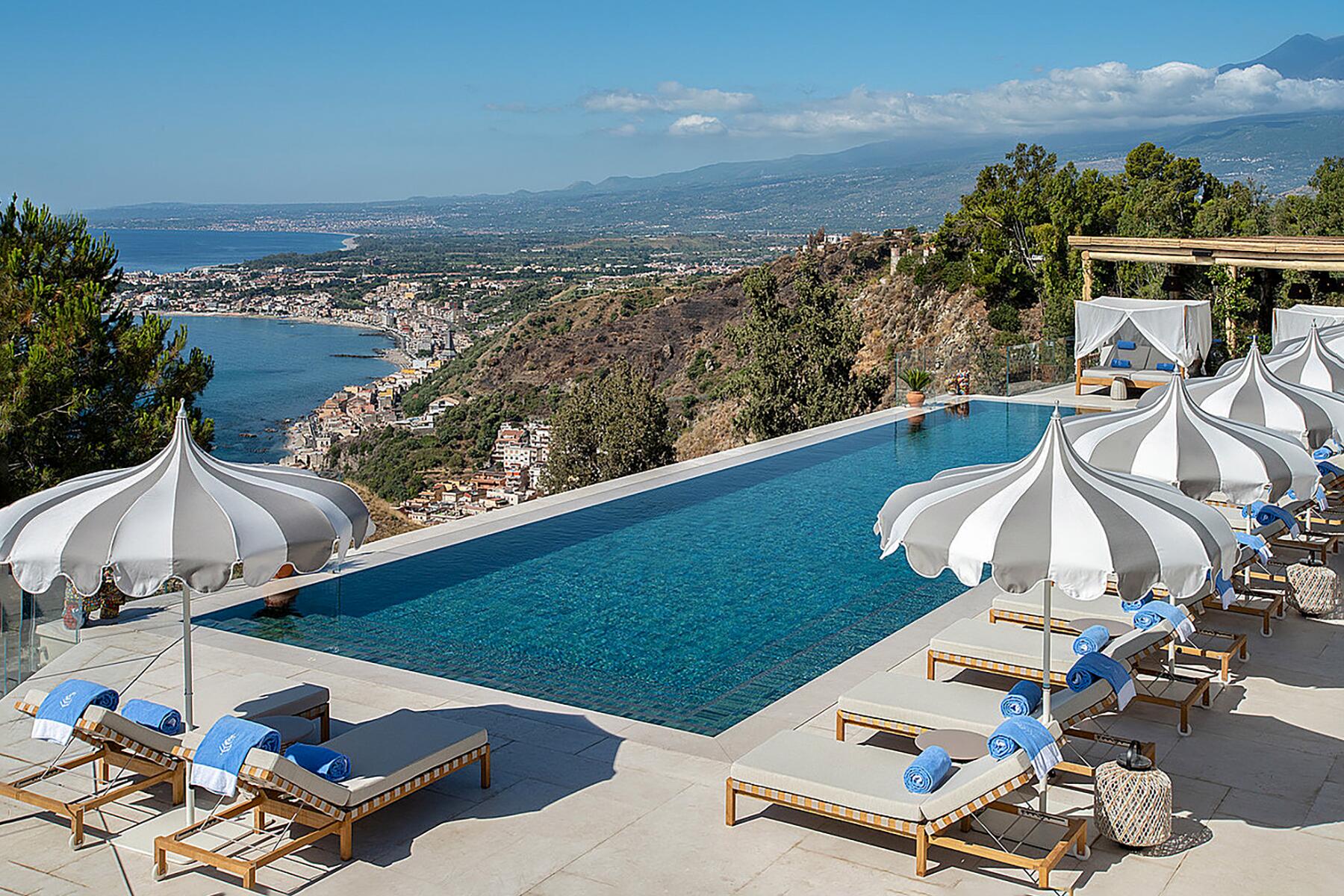 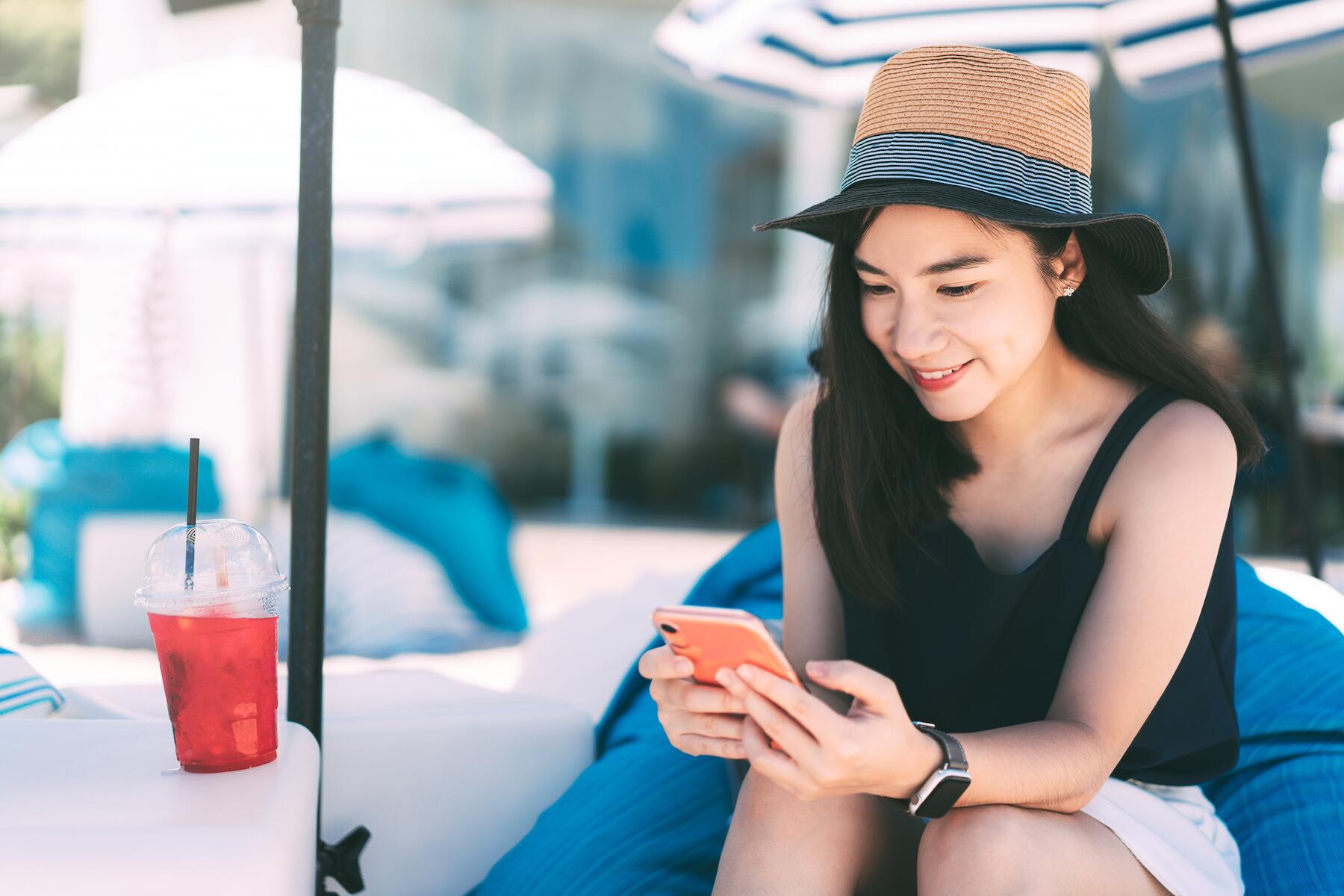 News and features Rosie Bell Looking for Love? This Fairy-Tale Inspired Dating App Takes You Around the World 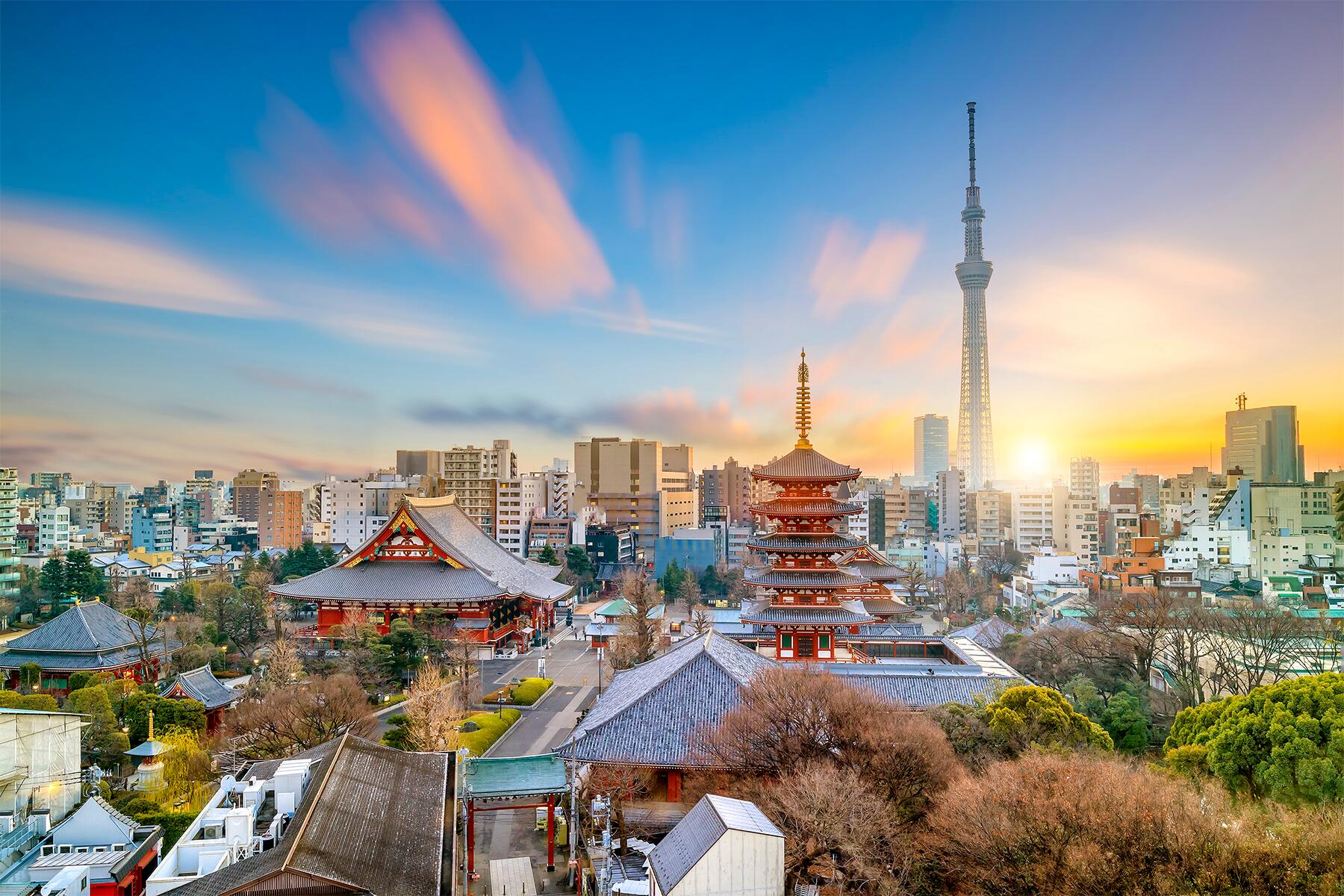 News and features Scott Haas Japan Has Finally Reopened. But There's A LOT You Need to Know Before Traveling There

Lisa Rodriguez Holmgren had been to Hawaii’s Garden Island at least ten times, and she’d never, ever taken a shelter dog on a field trip. She didn’t even know it was a thing. She stumbled on the Kauai Humane Society’s Field Trips for Shelter Dogs program on a rainy day in May 2022 while doing a little shopping; the pamphlet she found talked about all the fun touristy things field trippers can do for a few hours or a whole day with a dog in need of a home—from hiking to hanging out on a beach to walking on a coastal trail.

On past trips to their timeshare on the North shore of Kauai in Princeville, Holmgren and her husband had come home with some famous Hawaiian Kona coffee, a few t-shirts, and even some chocolate. But this time, the chocolate they brought home was a chocolate lab and Pitbull mix named Raven.

News and features Rosie Bell Looking for Love? This Fairy-Tale Inspired Dating App Takes You Around the World

News and features Scott Haas Japan Has Finally Reopened. But There's A LOT You Need to Know Before Traveling There
Continue Reading Article After Our Video

“My husband fell pretty quick. Actually, we both did,” says Holmgren, 56, laughing. The Holmgren’s, who live in the Sacramento area, only had Raven for a few hours before they fell in love.

“In the car, she was the sweetest thing, standing with her paws on the console. She’d lick your cheek or kind of lay her head on your shoulder and just watch,” says Holmgren, remembering their ride in the car to their first destination, a trail walk on a beach in Poipu. “She didn’t jump on us, she didn’t jump on other people.” And, when they ate lunch, “She just laid at my feet and slept,” says Holmgren, who adopted Raven the following day after her sister suggested they sleep on their decision.

When Raven (called Ravenclaw at the shelter) saw them again and met her new aunt, “her tail was wagging, she remembered us!” says Holmgren, still excited about their souvenir from Kauai. “My sister fell in love with her, too, and said, ‘Yeah, you guys aren’t crazy. This is totally right for you.’”

Ericka Dare, 38, and her three daughters (17, 14, and 11) felt a similar vibe with the dog they field tripped with in September—Dare’s second trip to the island, her daughters’ first. Dare, who is from Paris, California, says it was the airport shuttle driver who told them about the field trip program. They saved their field trip for the last day of their eight-day vacation for a hike to Sleeping Giant, one of Kauai’s most popular hiking trails. Dare says when they arrived at the shelter and they saw who they’d been matched with, “We all just kind of looked at each other, and we were like, ‘Oh no, we’re in trouble.”

“It was a black lab and we have two black lab boys at home. We were like, ‘Oh, this was just clearly meant to be.'”

The girls-group—all five of them, including Stella a two-year-old puppy —spent about five hours together. In addition to their hike, Dare says they took a trip to Starbucks for a PupCup. On the way back to the shelter, Dare says the mood in the car was somber.

“It went from us being very happy to all of a sudden, everyone just was kind of quiet. I could feel the sadness,” says Dare, who ended up surprising her kids with Stella’s adoption two weeks after their vacation. The “Surprise Girls Day,” which Dare says she does for her daughters all the time, was a trip to the airport to pick up their new dog.

The Kauai Humane Society started its field trip program about ten years ago, well before the shelter’s Executive Director, Nicole Schaefer Crane, took the helm. Crane says at least half of the dogs at the shelter are surrendered by owners because of housing issues. With 70,000 to 80,000 residents and only 33,000 housing units, many dog owners just can’t take care of their dogs when their housing situation changes. Other dogs have been abandoned, and some are lost and unclaimed.

Holmgren says she was told Raven was found roaming the streets with another dog and her first adoption from the shelter fell through because Raven was labeled an escape artist.

“They’d leave her in the backyard, and she’d escape and go to the next-door neighbor’s and run in their doggie door and go in the house with them. And I could totally see that with her because she wants to be with people. She’s a very loving people dog. And so it works out well for us because we’re retired.”

According to Schaefer Crane, 80 percent of the field trippers are vacationers from everywhere, including Australia, France, Switzerland, Argentina as well as the upper 48.

“We’re just such an easy activity and very affordable,” she says. Not only does the shelter “match people with the right dog,” but often, they even help vacationers plan their day.

“We have some people that come in, and they’re like, ‘I don’t know what I’m going to do today. But I want to take a dog.’ So we ask, ‘Do you want to go on a hike, do you want to go to the beach, do you want to see turtles?’ We have others who are like, ‘I’m gonna go to Sleeping Giant,’ and we say, ‘We know exactly who we’re gonna send you with. This dog will pull you up there if you need it because he loves that trail.'”

Schaefer Crane says they send dogs out with families all the time, especially dogs who used to live with children. Children under 18 need to be with a parent or guardian on field trips with a dog. Check-in for the program takes just a few minutes. Field trippers are encouraged to book online, especially during busy months when kids are off from school—like winter vacation. The Kauai shelter sends about 20 dogs out on each field trip day, Monday through Wednesday, and on Fridays and Sundays. Field trippers are given a backpack full of all the supplies they’ll need, including towels, water, bowls, treats, toys, and pet waste bags.

Field trip programs on the mainland are rare, but two other islands in Hawaii offer similar programs. On Maui, for a $50 donation, the Maui Humane Society hosts a Beach Buddies Visitor Program on Wednesdays and Fridays. Like the Kauai program, the shelter recommends booking a field trip well before your vacation—even a few months out.

The shelter provides a handout to their day-long fosters with recommendations of where to go, including the Waihou Spring Forest Reserve Trail  for an “easy” walk or a “moderate” walk on the Kahakapao Loop Trail in the Makawao Forest Reserve.

On the island of Hawaii, the Hawaii Island Humane Society Field Trips for Shelter Dogs sends dogs out with vacationers on Fridays, Saturdays, and Sundays. Their program requires a $25 donation, and Executive Director Lauren Nickerson recommends booking ahead online. There are loads of dog-friendly options on the island of Hawaii as well, including Shipman Beach, the long hike leads to a “secret beach,” says Nickerson.

“So we recommend that [hike] for some more of our active, athletic field trippers, and we pair them with an active, athletic dog that is ready to go…It’s definitely a highlight for anyone visiting the island,” Nickerson explains.

She also recommends Liliuokalani Park, a Japanese garden on the Hilo side that’s dog friendly. And Hawaii Volcanoes National Park allows dogs, too, though only on paved paths. The National Park has its own Bark Ranger program. “We’ve had shelter dogs come back wearing a park ranger bandana which is just really sweet,” says Nickerson.

On Kauai, in addition to Sleeping Giant, the shelter recommends Moalepe/Kuilau Trail, Kapaa Coastal Path, and Secrets Beach, among others.

Why Pup Field Trips Are so Important

“[It’s] critical to get these at-risk dogs out into the world,” explains Nickerson. “A lot of research shows that it is incredibly therapeutic for dogs. It exercises their brain and exhausts them more than a five-mile walk, if you give them five minutes of sniffing something new, even for only one hour out of the shelter, it can improve behavior, promote relaxation, and [that means] increased adaptability.”

Nickerson says medium and large dogs, 25 to 50 pounds, are the most vulnerable population at any shelter. “They are the most overlooked. And the more time they spend in the shelter, the more they decline in the shelter environment because they are spending more time living in a kennel. And so, mentally, behaviorally, and emotionally they are really at risk.”

Nickerson says a top priority is to make sure that their long-stay dogs are field trip ready so they can get out regularly. With two shelters on the island, both of which Nickerson runs, it’s not unusual for them to house around 100 dogs, 75 percent of whom are adult or senior dogs. The Kauai shelter, which pairs up as many dogs as it can for socialization purposes, has about 50 kennels and houses 100 dogs.

The goal for our program is for travelers to “go out, have fun with this dog,” adds Nickerson. “And then every now and again, people will come back and be like, I’m absolutely in love with this dog. How do I make them mine?”

One of the key reasons the Kauai shelter hosts field trips is to raise money to transfer their animals to no-kill shelters on the mainland. They partner with 59 shelters on both coasts, including in Seattle, Portland, Vancouver, Washington, North and South Carolina, Rhode Island, and Washington, DC.

“Last year, we transferred 602 animals to the mainland. It can be tough, logistically. Sometimes there are flight delays, we face heat embargoes and other weather embargoes that keep our animals from flying.” But they fly them to the mainland even without a specific adopter because there’s a greater population of potential adopters than on the island, Schaefer Crane explains.

But for those dogs who find the perfect match with a family that wants to keep them—like Raven and Stella—the shelter figures out all the logistics. Unable to fly with Raven on their previously booked flight, the Kauai Humane Society booked Raven on a separate flight to Oakland, California the day after Holmgren, her husband, and her sister flew out.

The following day they returned to the airport, a three-hour round-trip drive, to pick up their new pup. They walked into the pickup room, “and she sees us and her tail just goes crazy,” says Holmgren remembering the moment. Once they let her out of her crate, “She’s running around looking at us and just so excited. So happy.”

They announced their new pup (who joins another lab and a Shitzu) on Facebook to friends who made comments about “how they cried” or “got chills” reading their story. While the Holmgren’s timing meant Raven’s trip cost them only $25, the Dare’s paid $700 to have Stella flown to LAX, about a four-hour round-trip drive from their home. Despite the price, “I feel like it’s the best souvenir ever,” says Dare of her family’s new puppy. “She [is] just such a good fit with my family. It was just like the stars aligned, and I knew I knew that she was meant to be ours.”