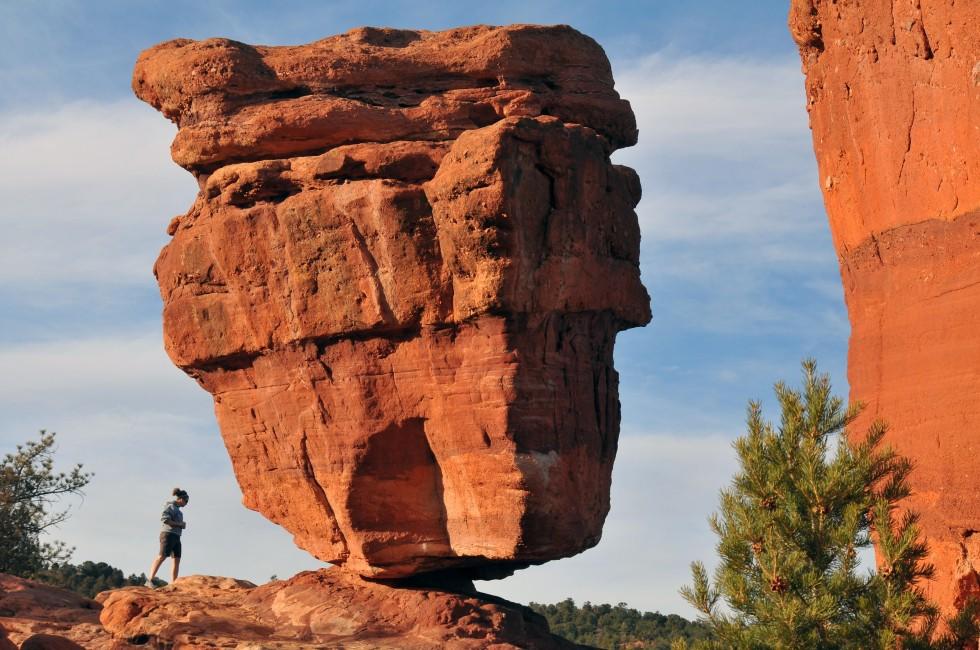 Stretching from majestic mountains into rugged, high desert plains, south central Colorado has plenty of 14,000-foot peaks, astounding natural hot springs, striking red-rock outcroppings, rivers that roll with white-water rapids in spring, and even the incongruous sight of towering sand dunes dwarfed by a mountain range at their back. It's worth a few days for white-water rafting, hiking in the backcountry, and exploring historic gold-mining towns. Colorado Springs is one of the fastest growing cities in the West, but other parts of the area have a barely discovered feel.

South central Colorado was first explored by the United States in 1806, three years after it made the Louisiana Purchase. Zebulon Pike took up the assignment of scout, but he never did climb the peak that is now named for him. Weaving through the southeastern section of the state are the haunting remains of the Santa Fe Trail, which guided pioneers westward beginning in the 1820s.

Framed by Pikes Peak, Colorado Springs is the region's population center and a hub for the military and the high-tech industry. The city has been a destination for out-of-towners since its founding in 1870, due to the alleged healing power of the local spring water and clean air. The gold rush fueled the city's boom through the early 20th century, as the military boom did following World War II. With more than 650,000 residents in the metro area, Colorado Springs offers a mix of history and modernity, as well as incredible access to the trails and red-rock scenery in this section of the Rockies.

Surrounding Colorado Springs is a ring of smaller cities and alluring natural attractions. To the west, between alpine and desert scenery, are the Florissant Fossil Beds, the Royal Gorge, and Cripple Creek, which offers gambling in casinos housed in historic buildings. You can go rafting near Cañon City, while Pueblo has a dash of public art and history museums.

Outdoorsy types love the entire area: camping and hiking are especially superb in the San Isabel and Pike national forests. Climbers head to the Collegiate Peaks around Buena Vista and Salida (west of Colorado Springs) and the Cañon City area for a variety of ascents from moderate to difficult. Farther south, you can take the Highway of Legends Scenic Byway, which travels through the San Isabel National Forest and over high mountain passes. You can even take a day trip on the Rio Grande Scenic Railroad or the Cumbres & Toltec Scenic Railroad, which travels through regions not reachable by car.

Recommended Things to Do in South Central ColoradoSEE ALL

Find the perfect tours and activities in South Central Colorado.

Garden of the Gods Club and Resort
$$$$ 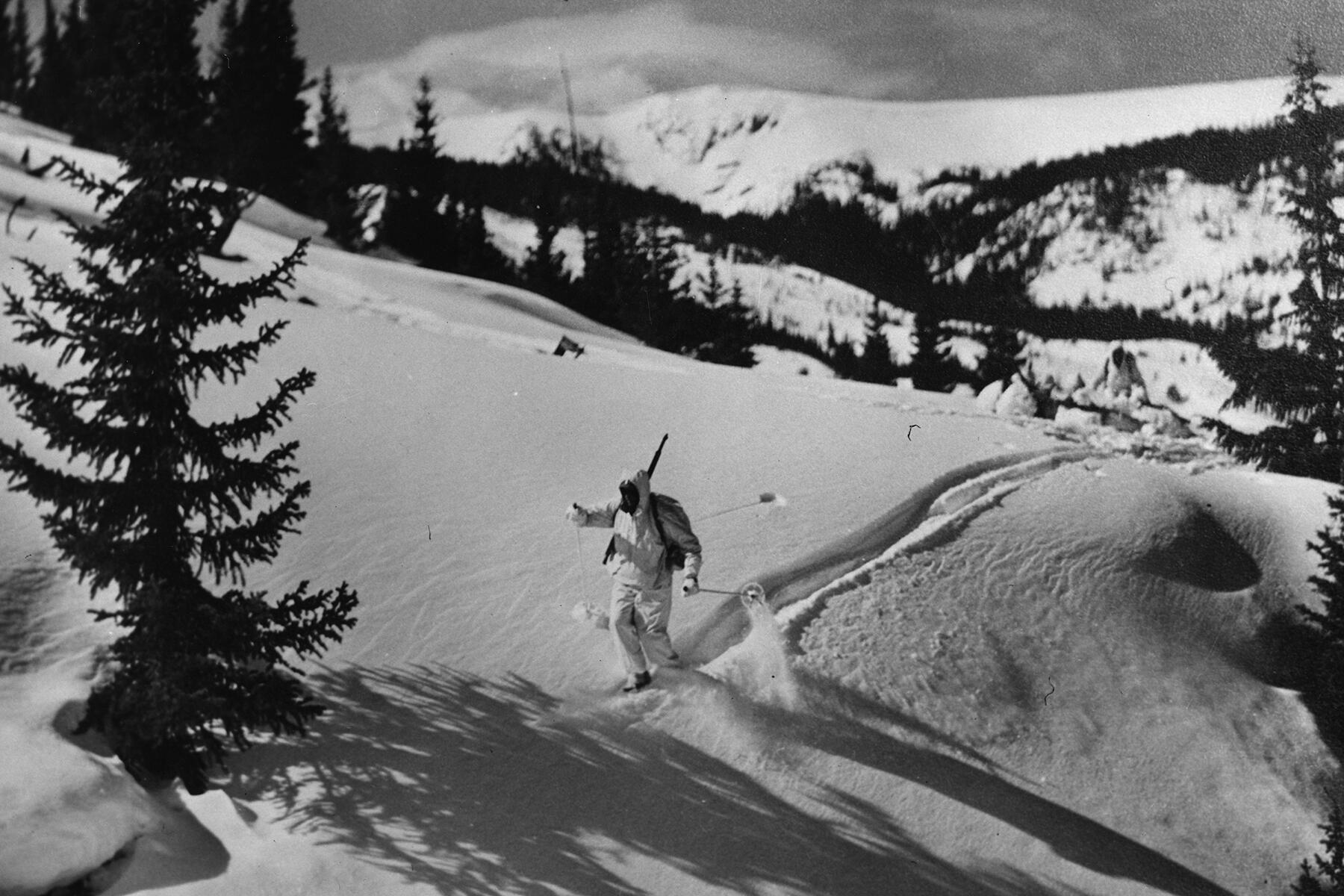 The Strange Secret History of One of America’s Favorite Mountain Towns
Camp Hale continues to be an undiscovered gem of Colorado. 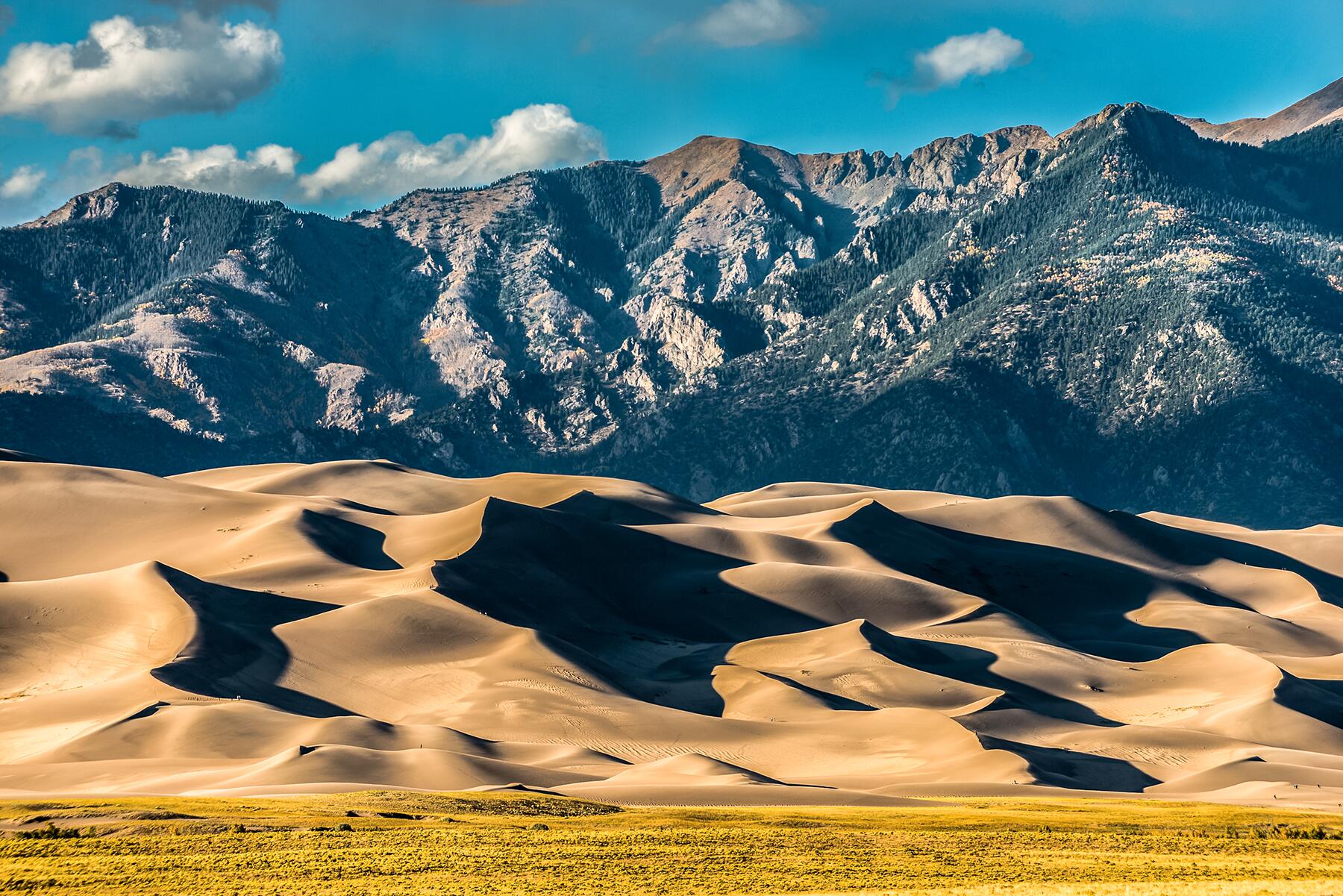 What Is Even Happening in This Small, Strange Area of Colorado?
The state of Colorado lures in visitors and residents alike with its staggering mountain peaks, champagne powder snow, roaring rivers, and what feels like an endless amount of sunshine. But there is another side to Colorado, where its quirky character is brought to light. 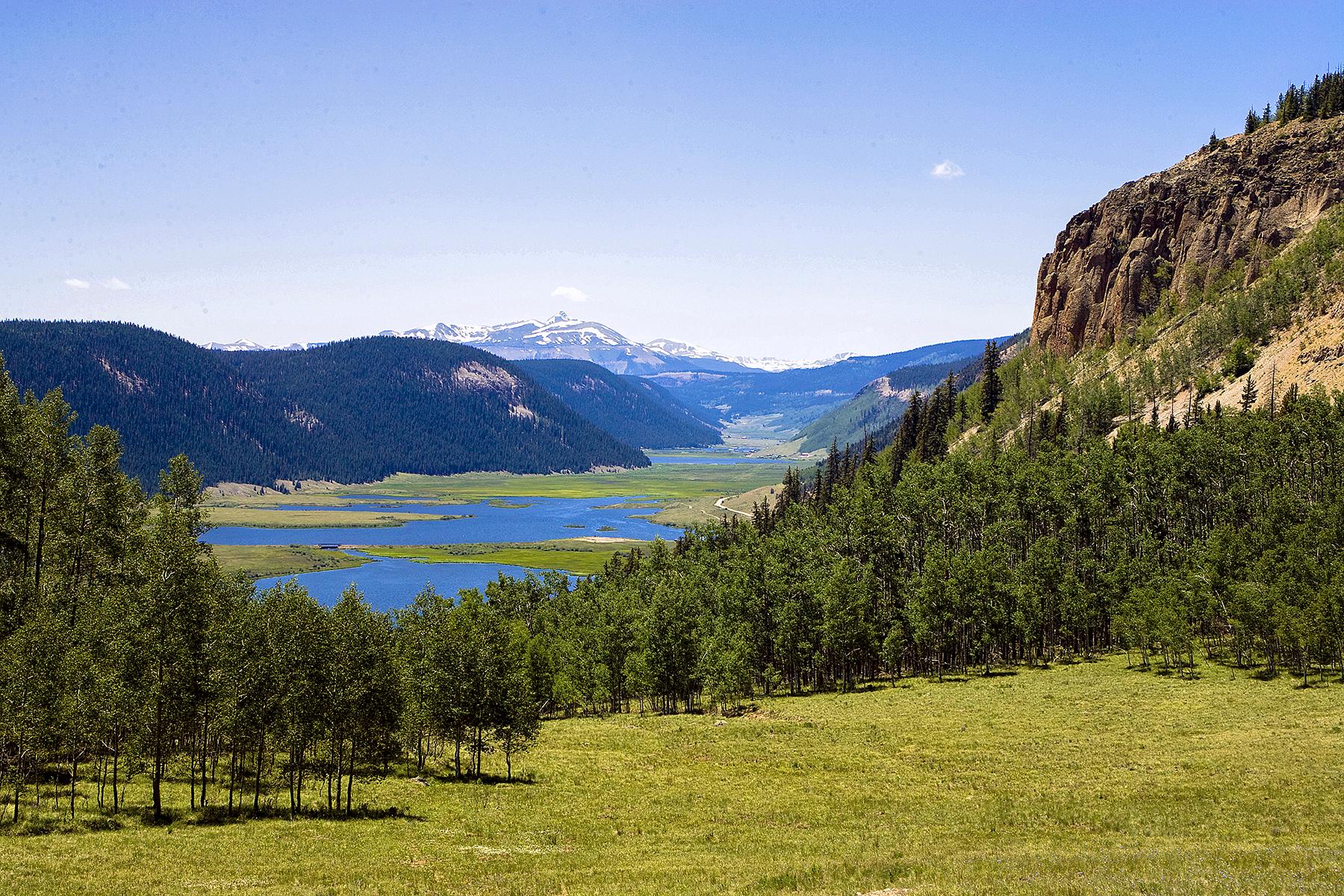 33 Ultimate Things to Do in Colorado
With its incredible scenery and National Parks, bustling hip cities with thriving foodie scenes, and outdoor sports for all types of weather, Colorado has something for everyone. 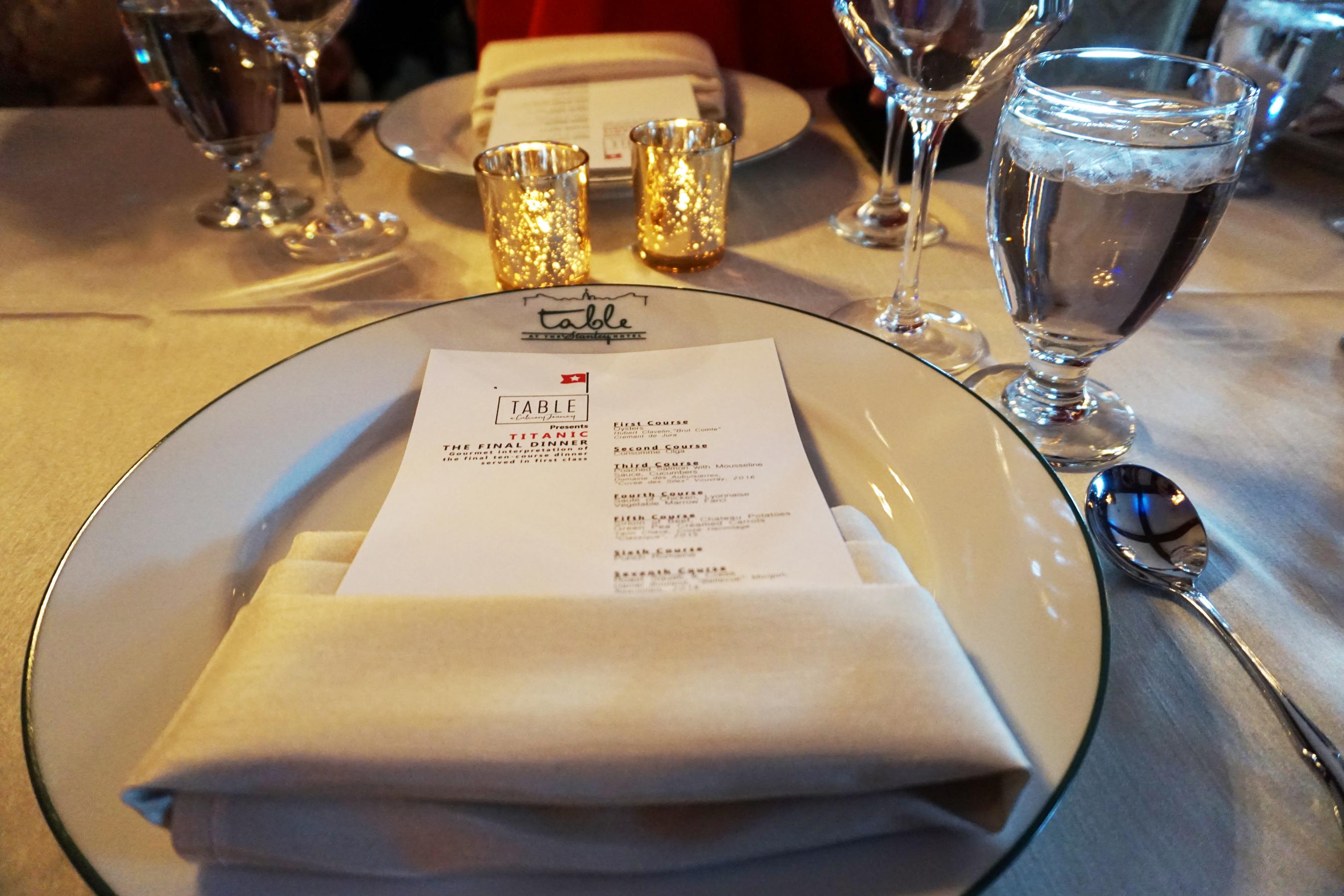 I Ate the Titanic’s Last Meal at the Haunted Hotel From ‘The Shining’ and It Was All Play and No Work
A meal from a doomed ship, eaten in a haunted hotel: the perfect evening out.