Insider tips on how NOT to get left in the dark (or heat, or cold) with these helpful tips.

San Diego is a desirable destination for beachgoers, outdoor enthusiasts, and culture seekers—attracting more than 35 million visitors annually. Take the guesswork out of packing and planning for your next trip to America’s Finest City with these insider tips on what to expect, what to bring, and what to avoid. 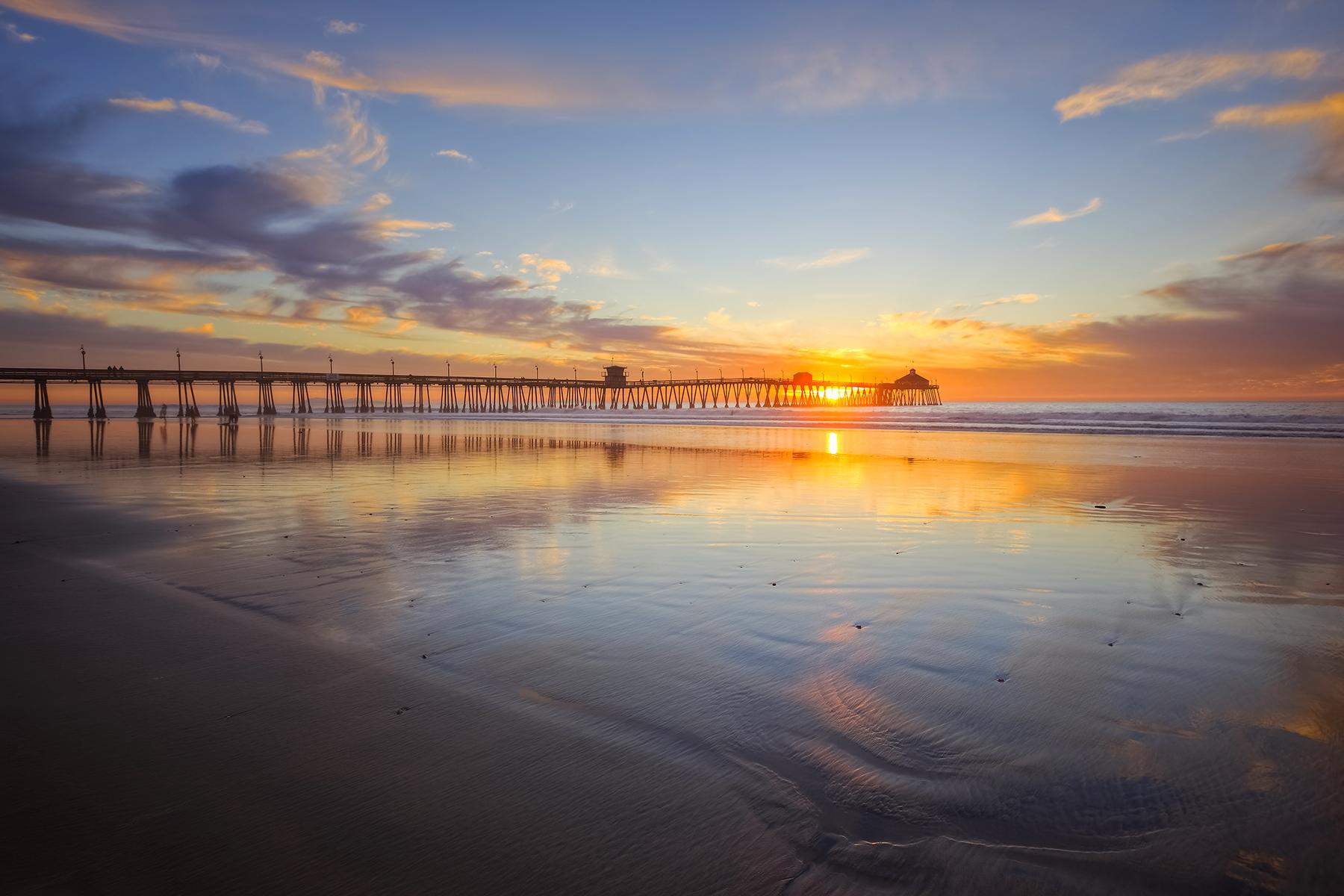 Known for having one of the most temperate climates in the country, San Diego’s typical weather forecast is 70s and sunny. But tourists who have never visited the Southern California paradisiacal city are often surprised to find out how cool it gets at night. Many businesses and residences—particularly older buildings—do not have central heating or air conditioning, so it’s advised to bring a light jacket or sweater for summer evenings, and heavier knits during winter. Coastal neighborhoods can turn particularly chilly from ocean breezes. 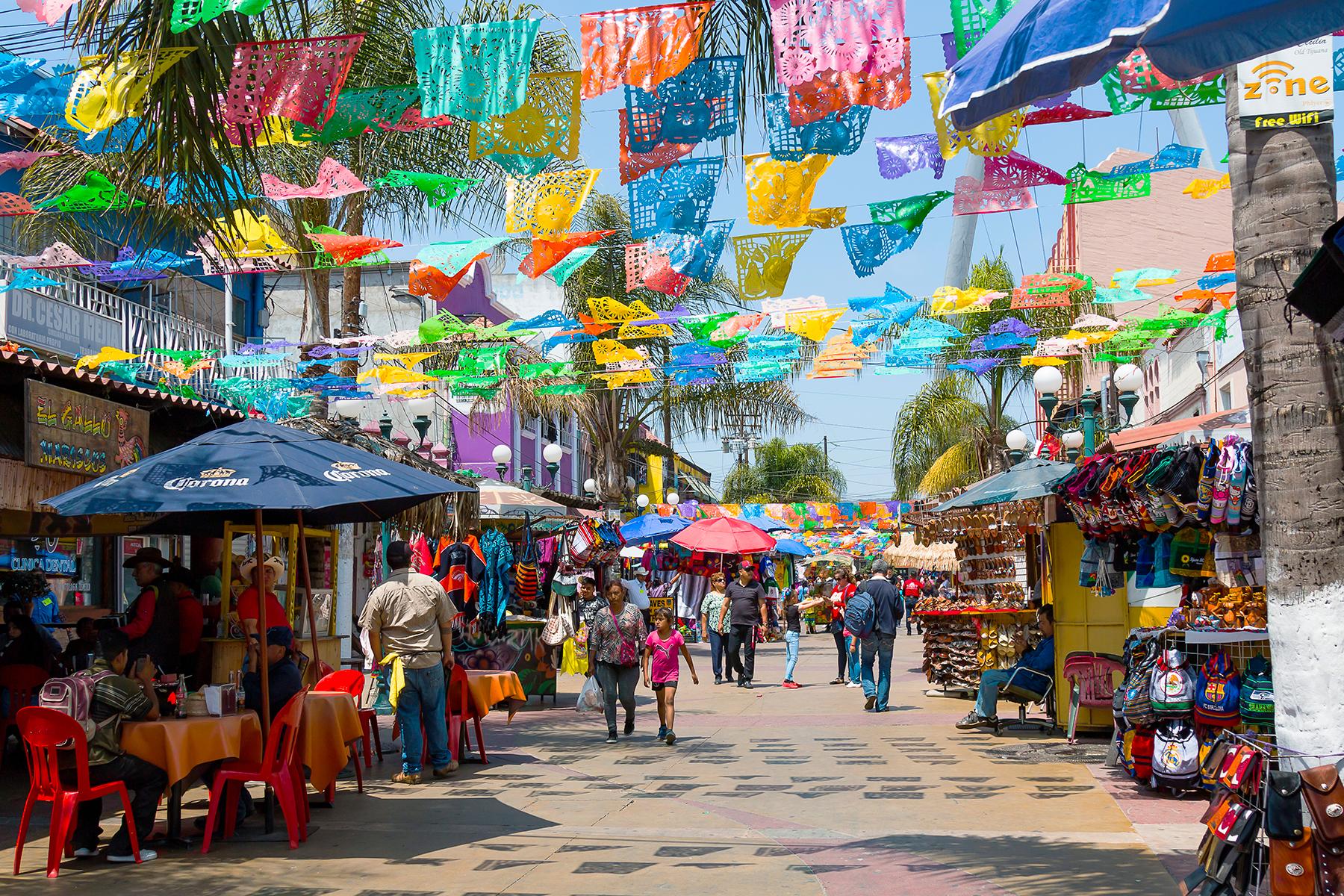 If You Decide to Cross the Border to Mexico, You’ll Need a Passport

San Diego is an international border city, located only 17 miles from Tijuana, Mexico, making it easy to plan a trip to both cities in a single visit. But gone are the days when Americans could cross the border into Mexico and return by simply showing their driver’s license. For the last decade, U.S. Customs and Border Protection has required Americans to show a valid passport when returning home after a day of tacos and margaritas in Mexico. From San Diego, the easiest way to travel to the border is by taking the trolley ($5 round-trip) to San Ysidro on the blue line, and then walk across—retracing your steps on the way back. Border wait times can vary, but are traditionally longest on Sundays getting into the U.S. Check the CBP Border Wait Times mobile app for estimated wait times around the clock. 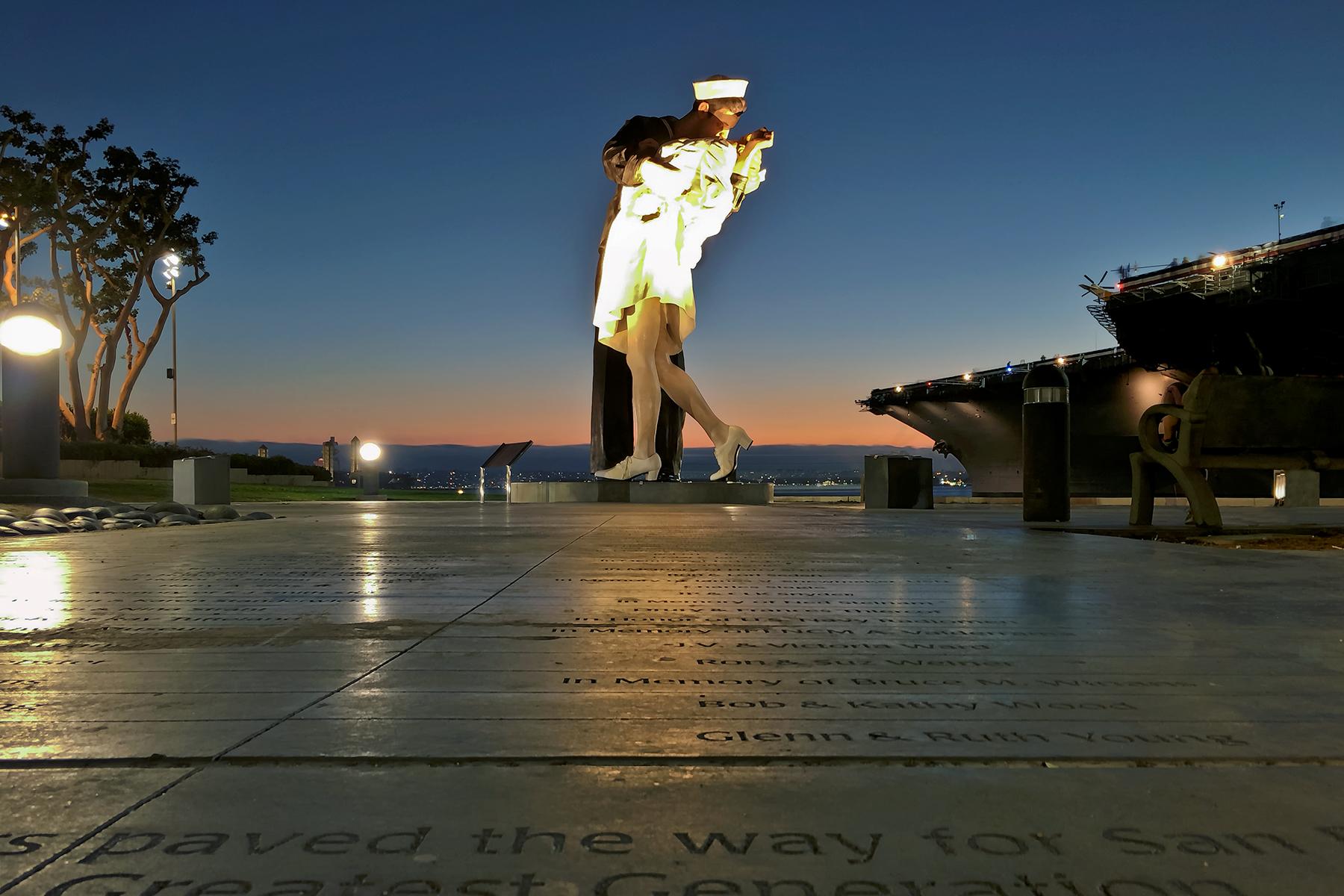 San Diego Is a Navy Town

With more than 143,000 active-duty service members and another 241,000 veterans, San Diego has the largest military concentration in the world. While in town (especially Coronado), you will likely see service members walking in uniform, or catch them driving special military vehicles. The best opportunity to interact with them or visit an active military base is during Fleet Week San Diego, held each fall. Visitors can also take self-guided tours of decommissioned aircraft carrier USS Midway Museum, open to the public year-round. While exploring the city, there’s a good chance you’ll spot Naval Air Station North Island, the birthplace of naval aviation; Naval Base San Diego, home to the largest contingency of ships in the U.S. Pacific Fleet; and Naval Amphibious Base Coronado, headquarters to elite special forces commands including the U.S. Navy SEALs. 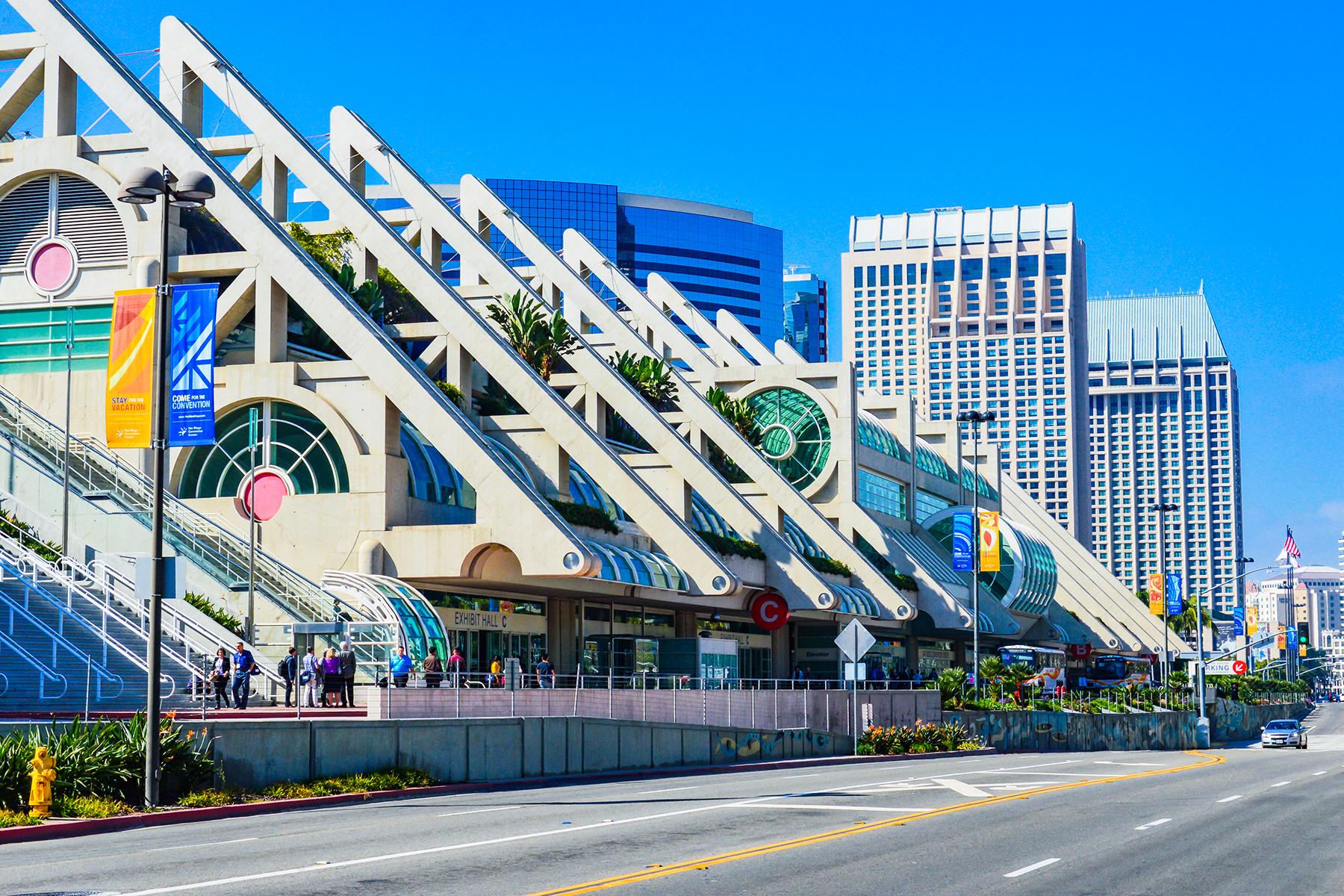 More than 130,000 people, including big-name celebrities, flock to San Diego Convention Center each July for Comic-Con International. You can expect area lodging to be at an all-time high during the convention (which lasts for about five days), with hotel rooms and Airbnb rentals booked several months in advance. People in cosplay take over the streets of downtown, with additional spectators there to people-watch—inevitably causing heavy traffic into and out of the Downtown area. Hotel Circle in Mission Valley also has extra congestion, since many convention attendees take advantage of hotel shuttle services. Check the Comic-Con website for event dates to plan accordingly. 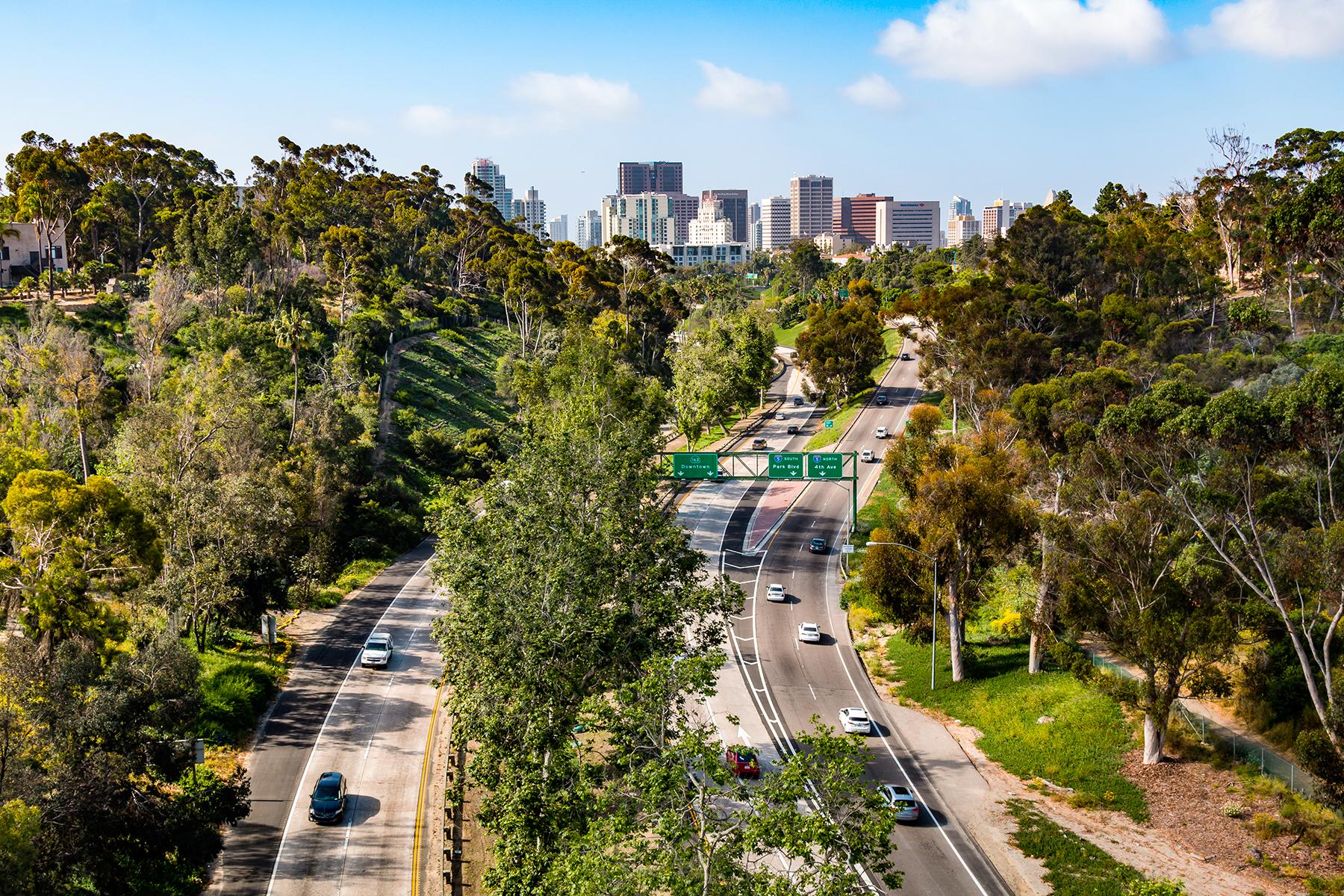 San Diego does not have a good public transit system to effectively help the thousands of people who commute across the city every day, causing bad weekday traffic from about 7 to 10 am and 3 to 7 pm. The I-5 and I-805 that run north and south are arguably the worst, and the I-15 and I-8 can also get bad during peak drive times. But as the locals say, it’s still never as bad as driving in Los Angeles. 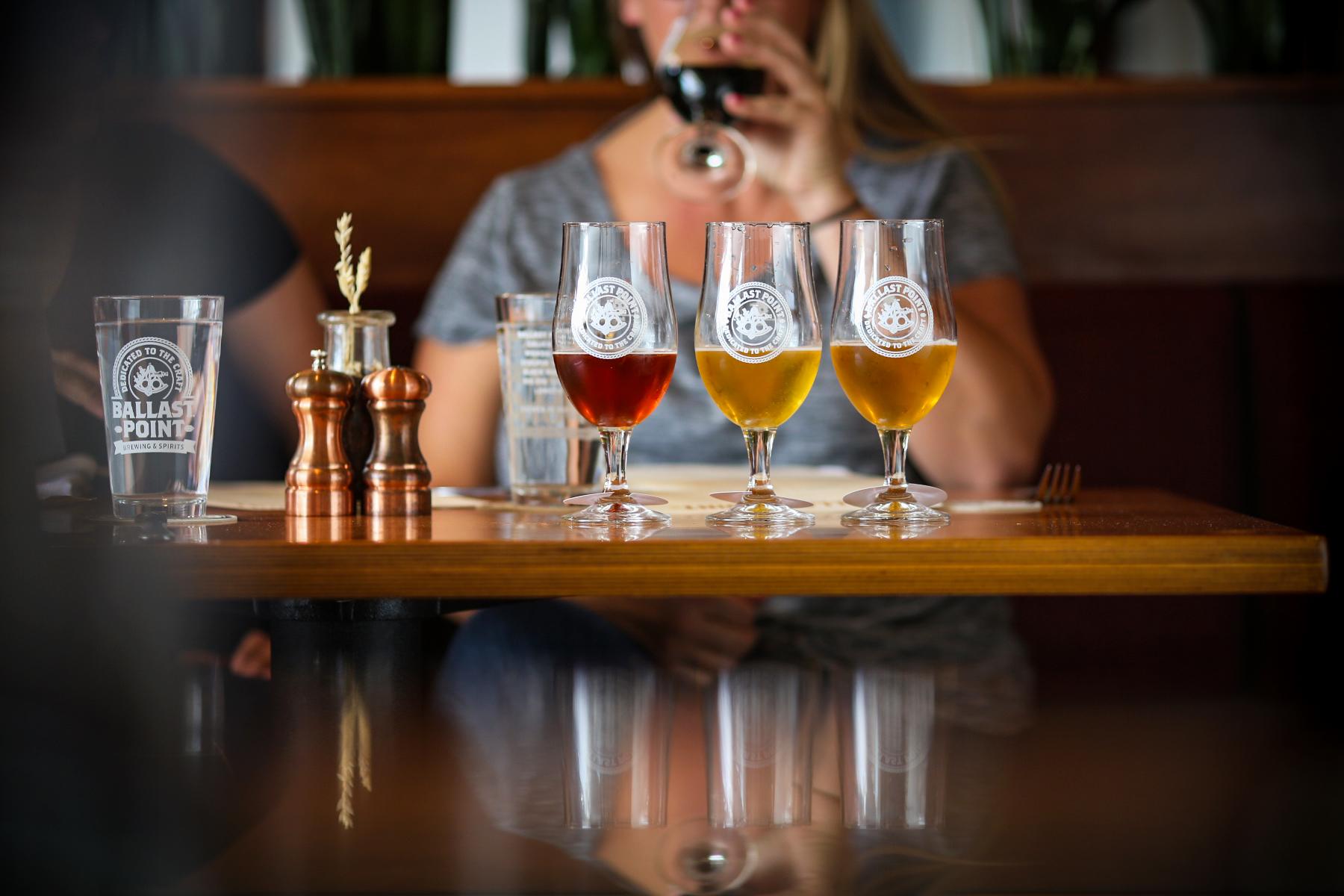 Sure, you could drink mainstream beer like Budweiser in San Diego, but you’ll be hard-pressed to find it on tap at local bars or restaurants. San Diego is proud of its booming craft beer industry, evidenced by the more than 150 craft breweries throughout the county that are loyally supported by locals. India Pale Ales are the most common brews, but you’ll find other varieties being poured to please your palate, in addition to ciders, hard kombucha, and mead. Order a beer flight to get a sampling of each brewpub. 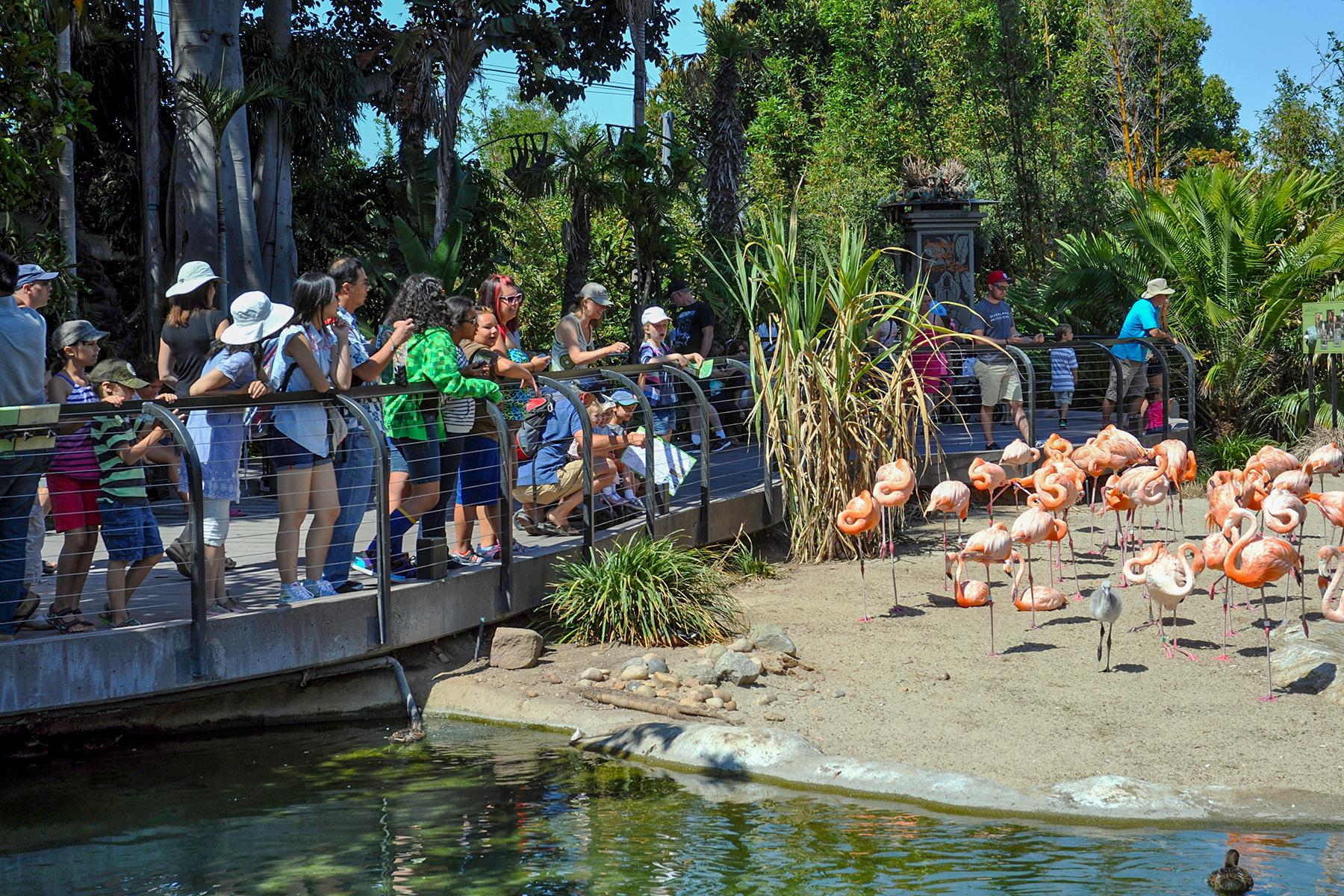 If you’re bringing kids on a trip to San Diego, there won’t be a shortage of places to entertain them. Take a day off from the beach to visit local amusement parks, including San Diego Zoo and Safari Park, SeaWorld, and LEGOLAND. Adjacent to San Diego Zoo, Balboa Park houses 17 museums, as well as restaurants, gardens, and other attractions. Expect larger crowds during the summer months, and shop for multi-park passes if you plan to park hop.

INSIDER TIPAdult beverages are available for purchase at all area theme parks. 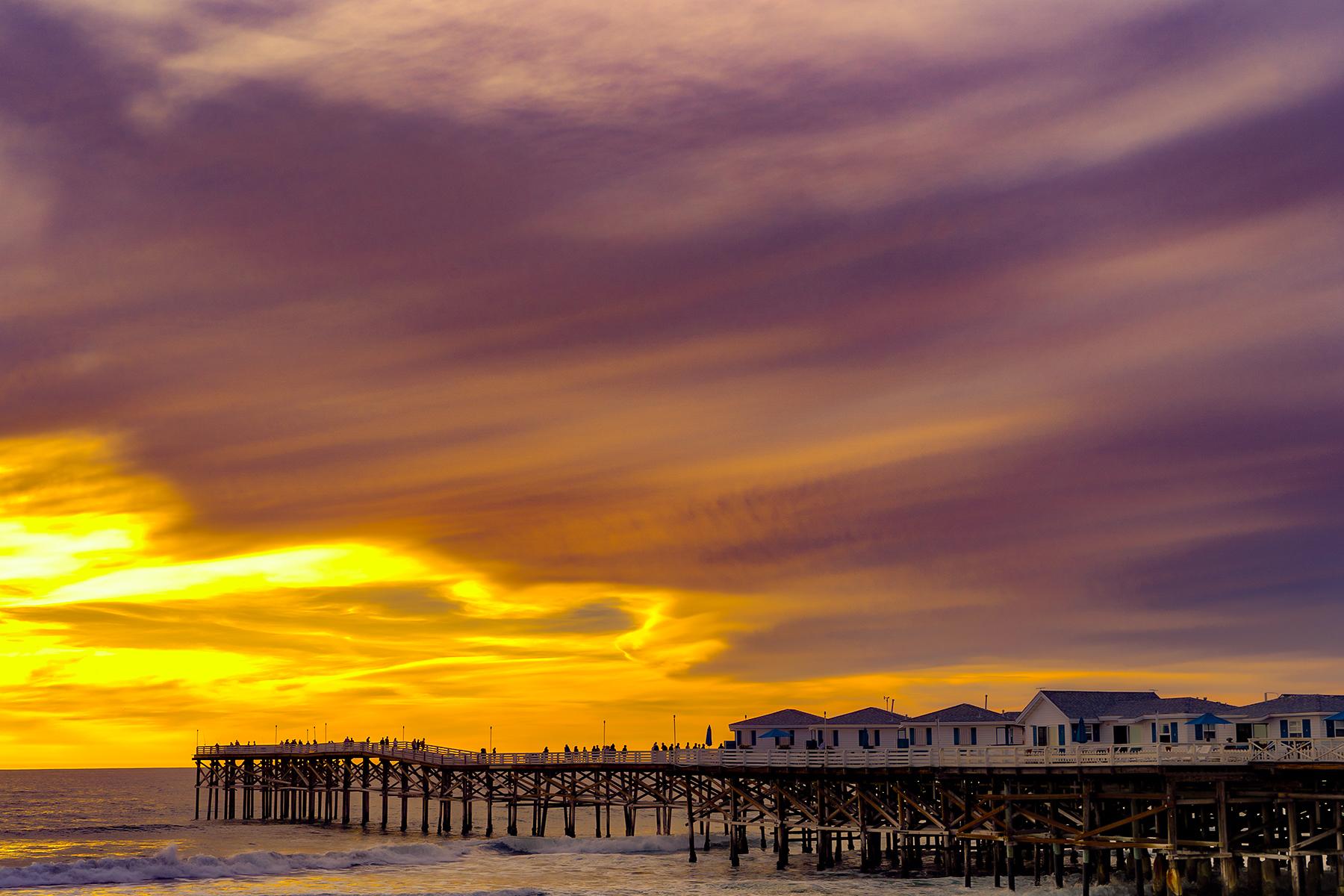 The Marine Layer Doesn’t Burn off During May and June

“May gray, June gloom” is a common phrase in San Diego that essentially means you shouldn’t expect to see the sun during those months. An offshore marine layer that forms overnight is typically burned off by the mid-morning sun, but until then, it leaves a blanket of thick fog over much of the coastal area. During May and June, the marine layer often doesn’t burn off at all, leaving the city with fall-like temps and cloud-covered beaches. For the warmest weather, visit San Diego during high season, between July and September. 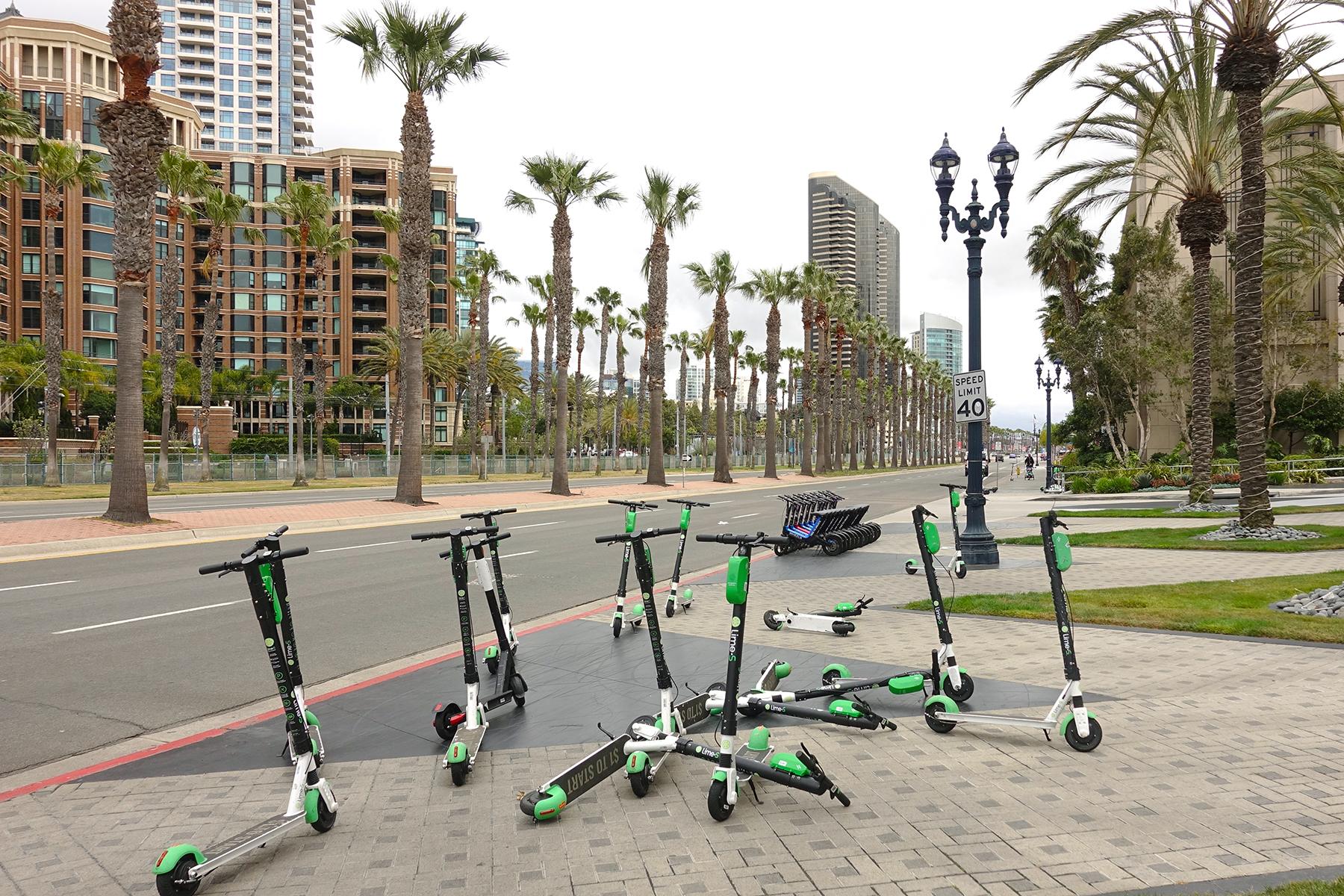 Parking Can Be Tricky

The electric scooter trend continues to be a divisive topic in San Diego, with some communities like Coronado banning them, while other areas encourage their use to get cars off the road and free up parking spots. There’s an abundance of scooters sprinkled throughout Downtown, Balboa Park, and the beach communities, which are all accessed through a mobile app (depending on the brand) and cost $1 to activate. In San Diego, adults 18 years and older are no longer required to wear a helmet while riding, but it’s still illegal to ride electric scooters on sidewalks. Dockless bikes are another rideshare option when headed to a crowded area or if you don’t have a place to store your wheels. 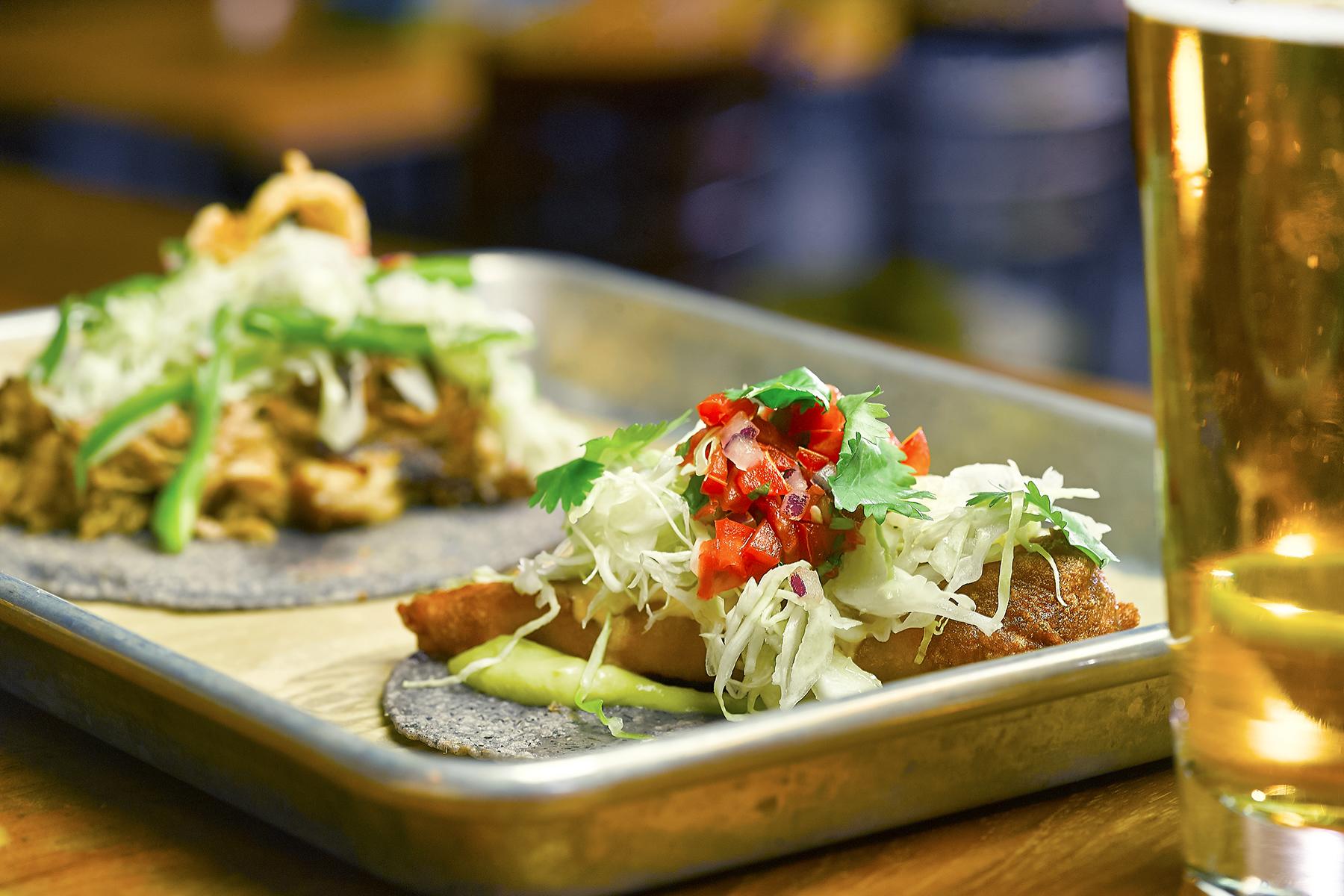 If you like happy hour, then you’ll love Taco Tuesdays in San Diego. As if you needed another reason to eat tacos, many local restaurants offer discounts on Tuesdays that may also include drink specials. And it’s not just Mexican restaurants that join in the tradition—eateries of all types and every price point have tempting deals. Browse Instagram for drool-worthy #TacoTuesday posts to begin plotting out your next tortilla-filled meal.