Halloween Horror Nights is back at Universal Studios Hollywood, and it's better than ever.

The end of summer is finally upon us, and with that, it is immediately time to celebrate Halloween. Because let’s face it, it’s going to be a short-lived couple of months before Santa Claus shows up on November 1 and punches us all in the face. That said, let’s get this Halloween thing started, and let’s get it started right: There’s no better way to begin this spooky season than by immersing yourself into the world of your favorite scary movies (and television shows) and getting the living daylights scared out of you at Universal Studios Halloween Horror Nights. 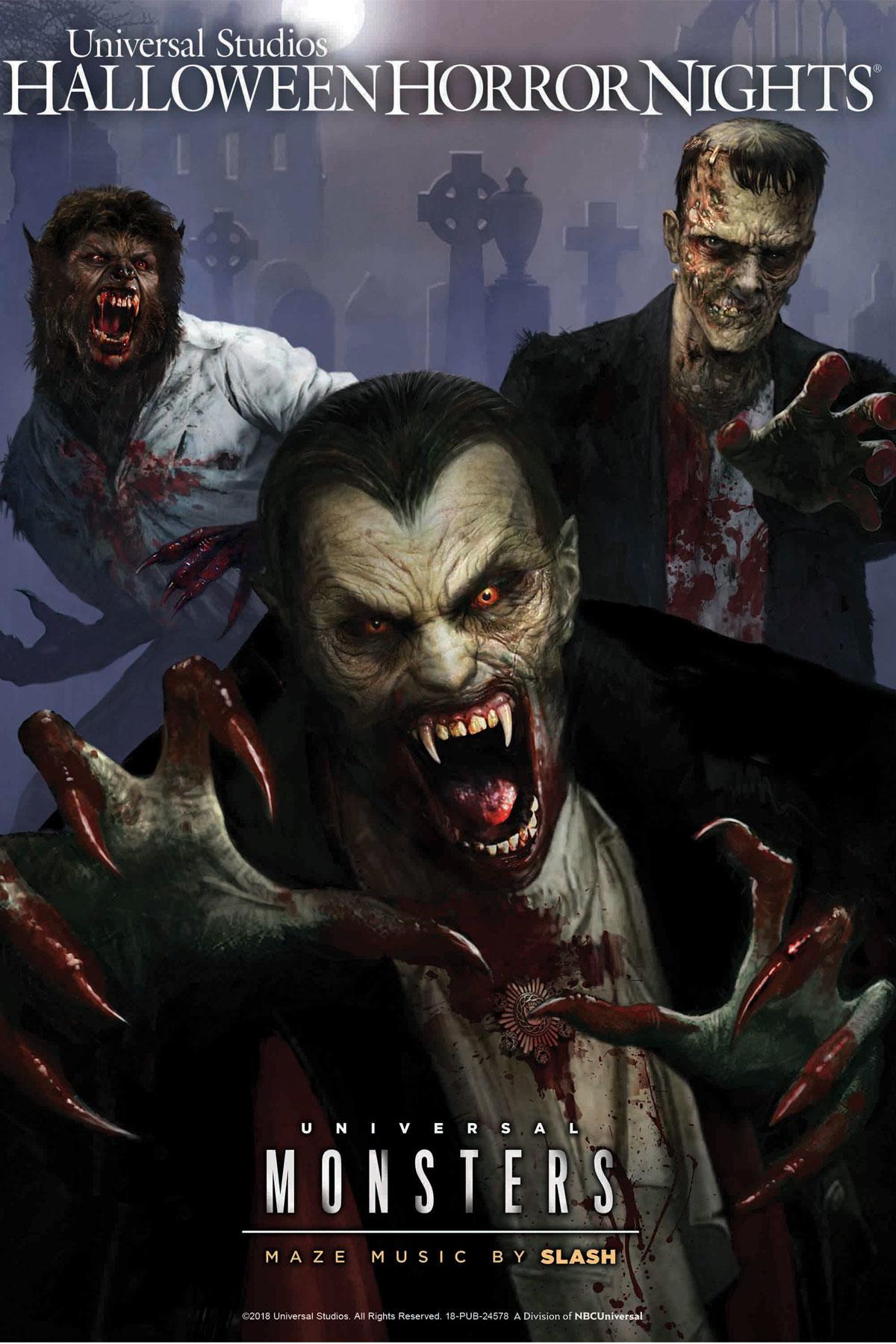 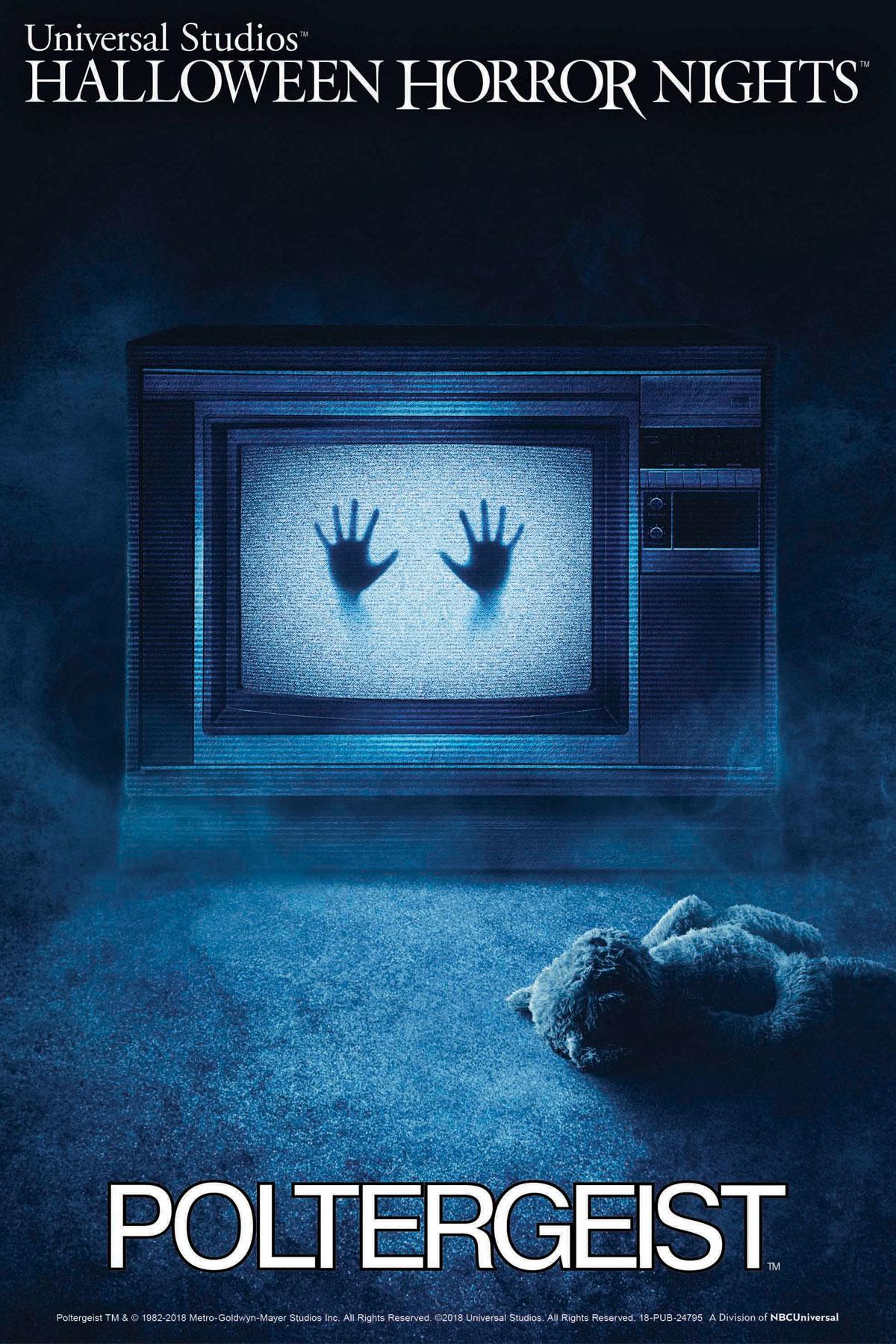 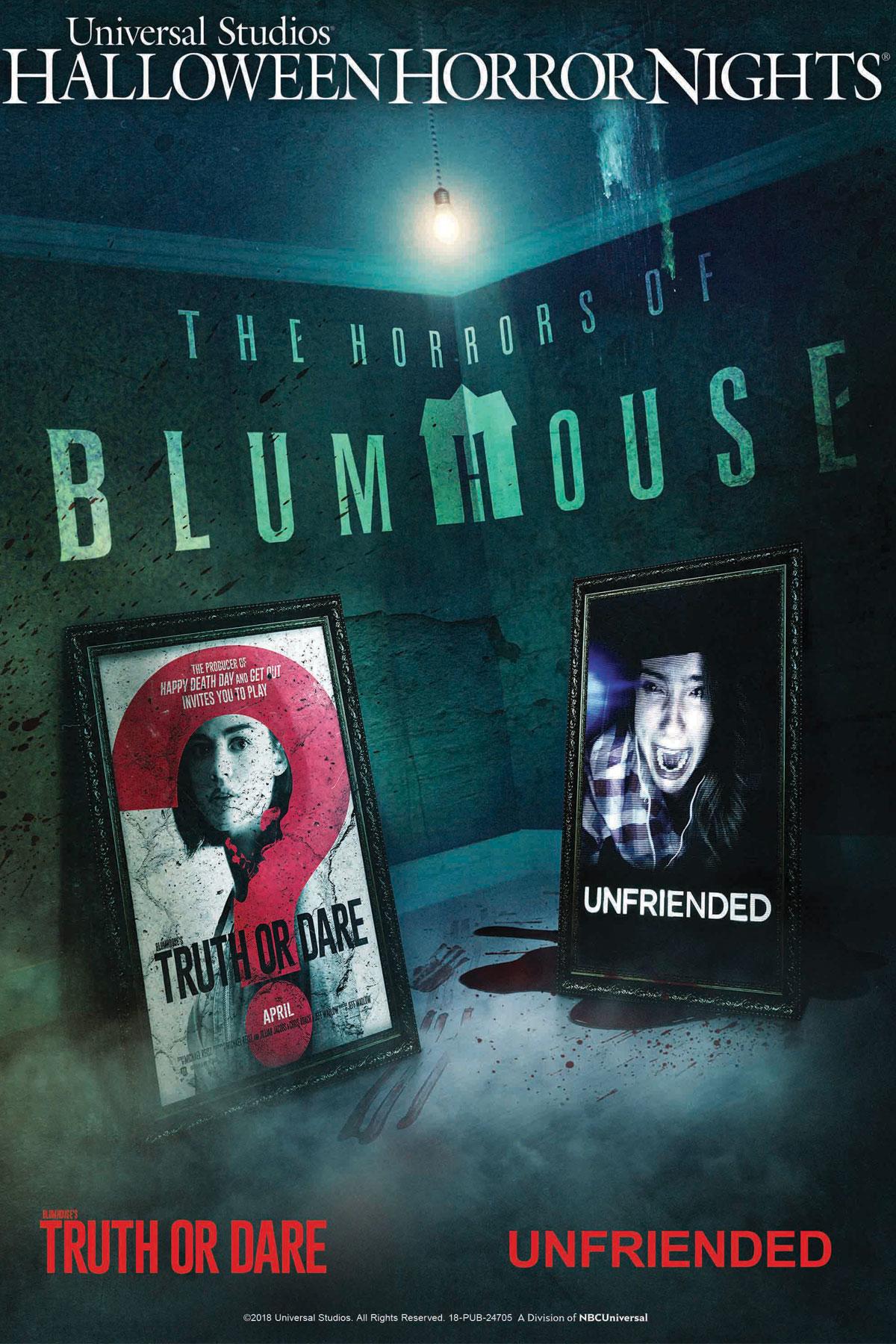 Halloween Horror Nights is arguably Universal Studios biggest event of the year, drawing in sold-out crowds every single weekend, and there’s a lot to look forward to this year. Along with the addition of a new Poltergeist themed maze, you’ll be able to wander through the frightening maze worlds of The First Purge, Trick ‘R Treat, Halloween 4: The Return of Michael Meyers, and The Horrors of Blumhouse: Chapter Two. In addition to these, the Universal Monsters maze celebrates the original cinematic monsters that essentially invented the horror film, reawakening all of the classic creeps (Frankenstein, Dracula, The Mummy, etc.), and reimagines them into more terrifying, modern versions of themselves. Fun fact: This maze is also terrifyingly soundtracked by Slash.

But, wait–there’s more! Universal Studios Hollywood has upped the ante this year by adding a can’t-miss maze attraction that you’re most likely going to love a whole lot. For the first time ever, Universal has partnered up with Netflix to bring the insanely popular Stranger Things to life, giving visitors an incredibly cool and frightening opportunity to interact with the characters, environments, and iconic scenes from the show. 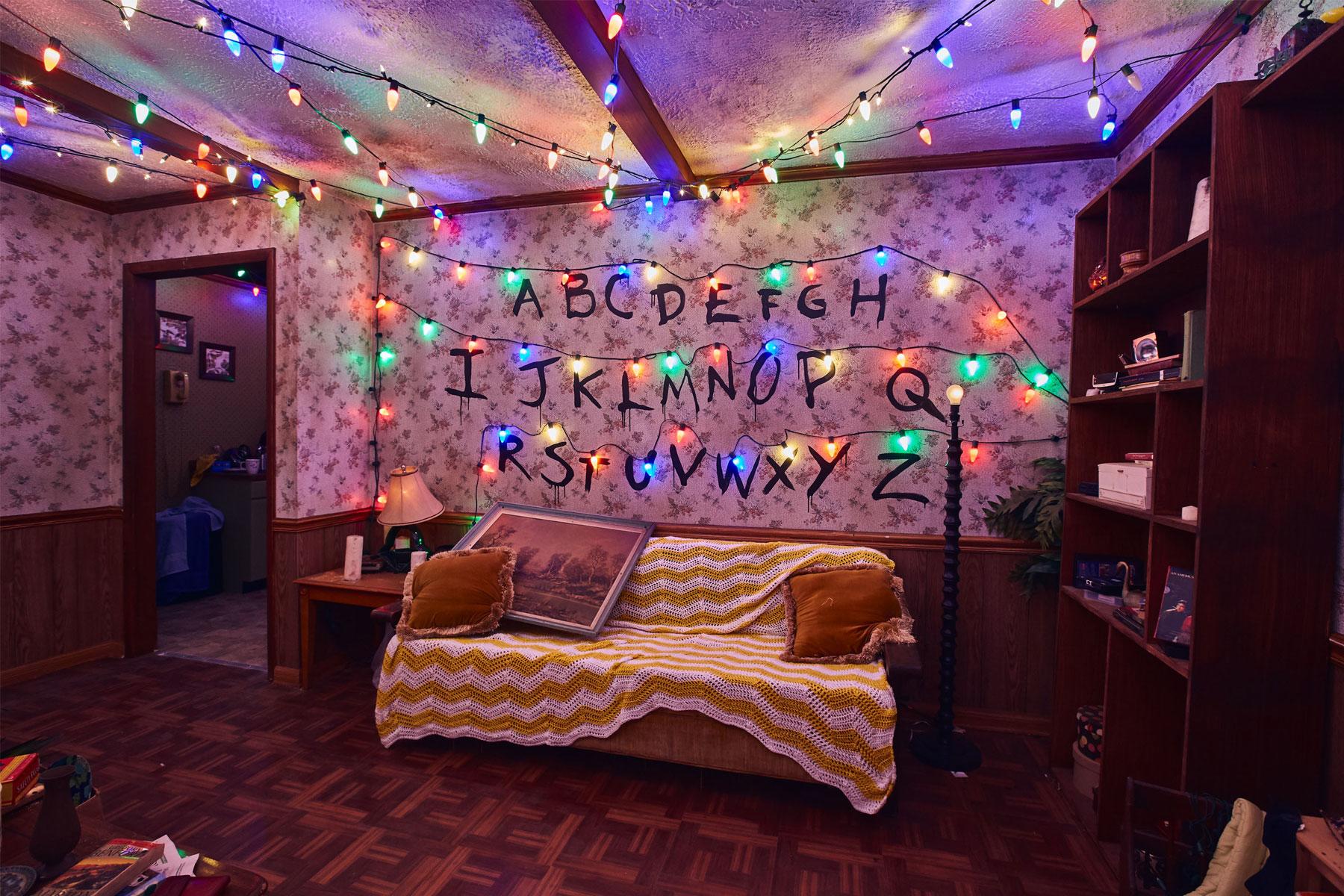 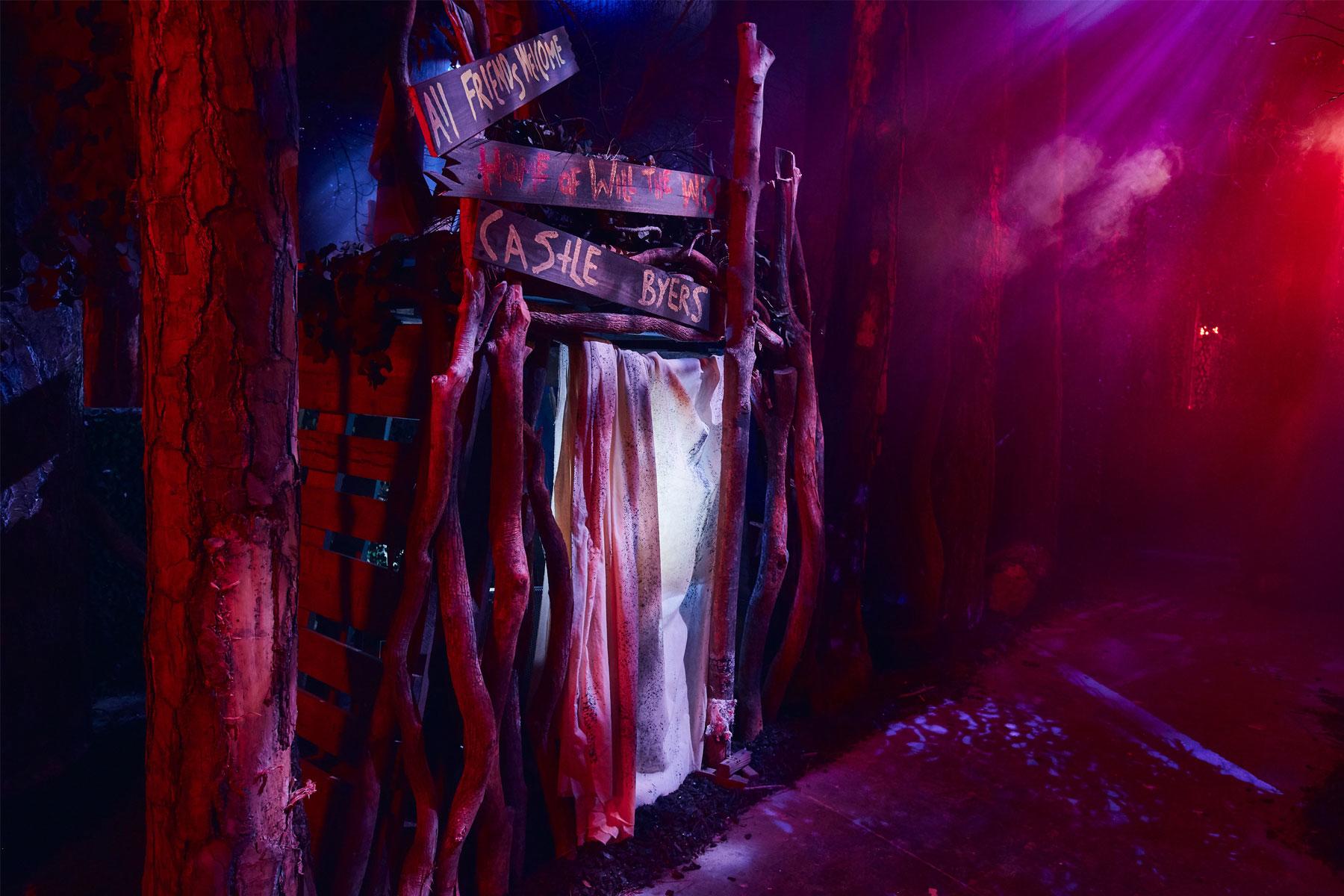 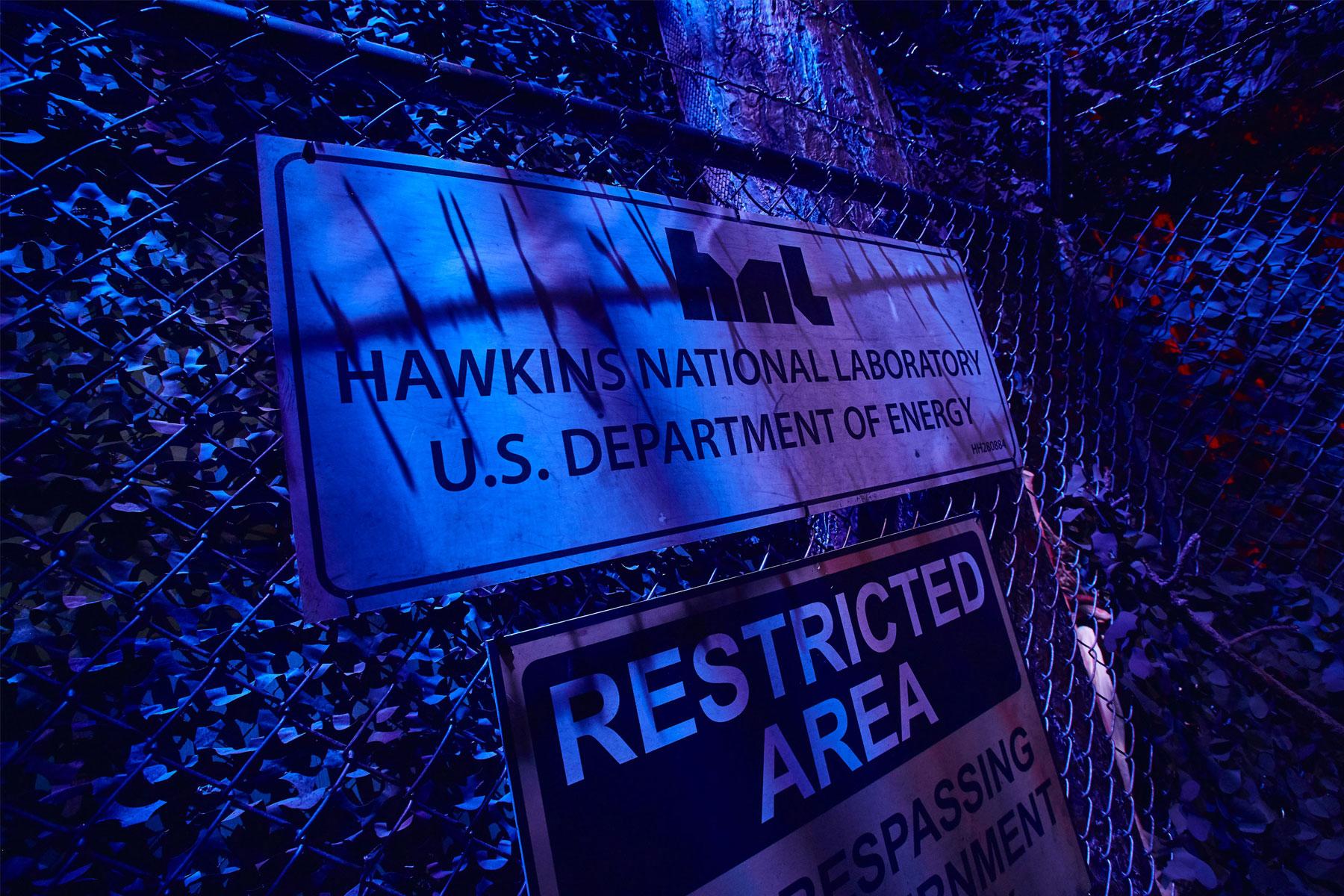 Here’s the short of it: Immediately upon entering the maze, you’re thrown into the world of the show, entering through a forest leading to the Byers home until, eventually, you find yourself in the Upside Down. Oh, and the whole time, you’re being stalked by the Demogorgon.

We toured the attraction as it was being built and spoke with Universal Studios Hollywood’s Creative Director John Murdy (the mastermind responsible for the creative development of a wide variety of rides, shows, attractions and the HHN mazes), who told us about the importance of the addition of a Stranger Things maze to the event.

“Rarely do you come across something that transcends the confounds of the genre and becomes a universal phenomenon, and I say that fully admitting that [Stranger Things] is not ‘traditional horror’ by any means,” he said as he walked us through an extremely creepy forest. “While Stranger Things is not the traditional choice for a HHN maze, it transcended genre and became a scary, worldwide phenomenon for one general reason: It’s just very good.” This was reason enough to include it in HHN.

A ton of creative research went into this maze, giving it an extremely detailed and perfectly tailored end result. Murdy studied each episode of the first season (8 hours of research per episode), breaking down each of its factors–particularly the audio–in order to figure out how to best incorporate it into the maze. His creative team worked with Netflix to use actual elements of the production, going through every photo taken on the set of Stranger Things, from the first episode to the last–thousands and thousands of photos per episode.

Murdy decided that the best possible way to represent the kids in Stranger Things would be through walkie-talkies. So, rather than using 20-year-old actors to play the young children (weird), you’ll hear the voices of the kids all around you communicating with each other as you make your way through the maze. As the maze solely focuses on season one, the kids are looking for Will after he has been abducted by the Demogorgon and taken to the Upside Down–and you, my friend, are just along for the ride.

Immense work is put into every detail of these attractions. In the case of the Stranger Things maze, buyers scouted the city’s flea markets and antique stores, looking to replicate the scenes down to the very last detail, such as the precise 80’s wallpaper of Will’s bedroom. The team spent hours of experimentation replicating and perfecting the mystical creepiness of the Upside Down.

Murdy gave us a little bit of a final insight into the maze as it was receiving its final touches.

Fodor’s: You’ve done tons and tons of mazes over the years. How does this one compare to the others, because of all of the visual effects you had to incorporate with this?

JM: We’ve done creature costumes before, like Alien Vs. Predator, but what’s most different about [Stranger Things] is it’s the least ‘horror’ property we’ve ever done from a traditional standpoint. But that’s kind of the nice thing about the age we’re in right now with the advent not only of television but Netflix and all these other outlets. There’s a wealth of horror on television now, and that wouldn’t have been the case 10 years ago. And it’s all different flavors [of horror]. Obviously, you’ve got a great creature in the Demogorgon but there are so many other features memorable from the first season we wanted to add to the maze. The goal is still to scare people but with [Stranger Things] in particular, you’re really trying to go through and hit all the beats in the show that the fans love so they’ll be scared but also get to geek out. It’s a good distraction for scaring people–if fans are mesmerized by a thing they love from the show, they will be thrown off by suddenly getting surprised–set ‘em up and knock ’em down. 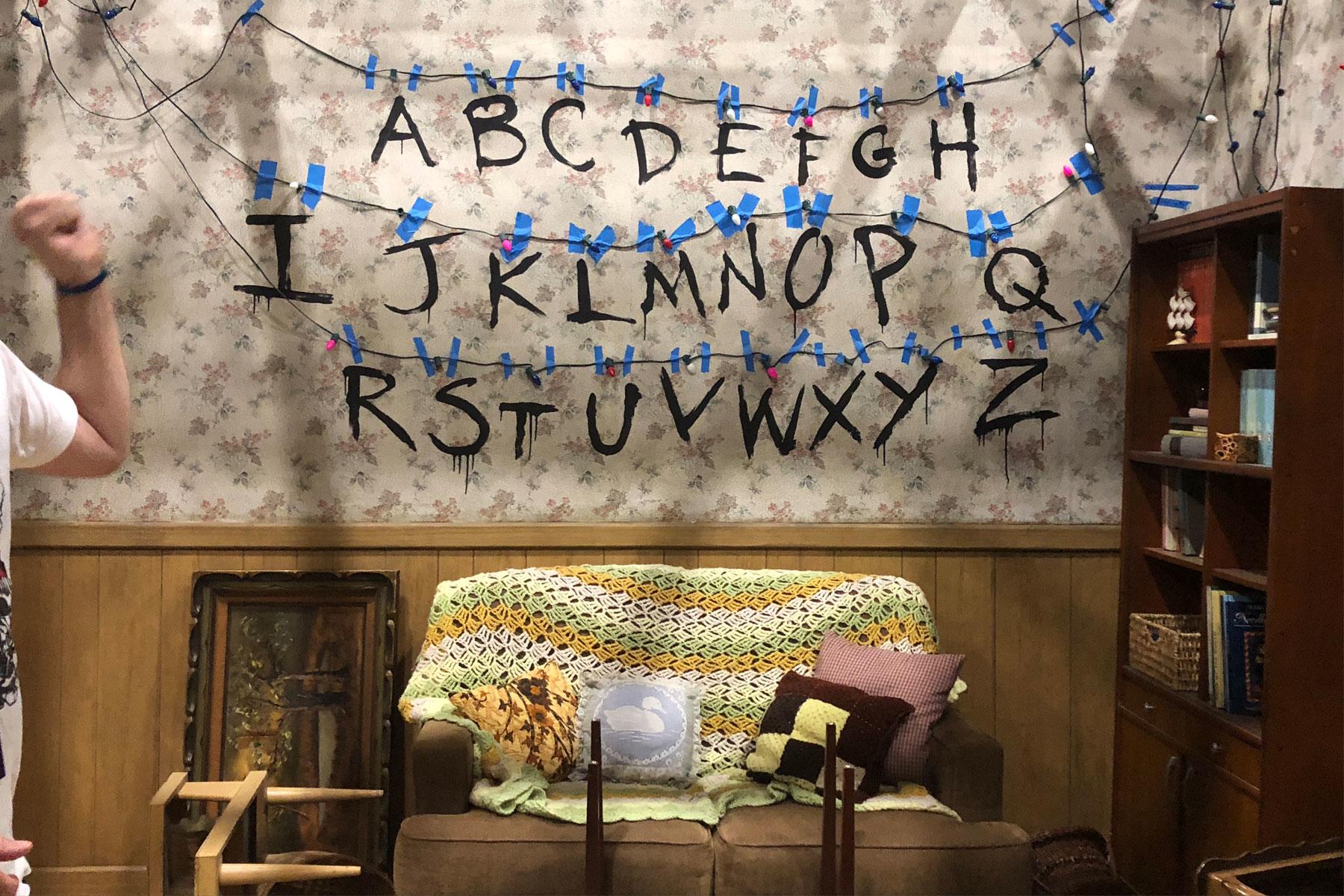 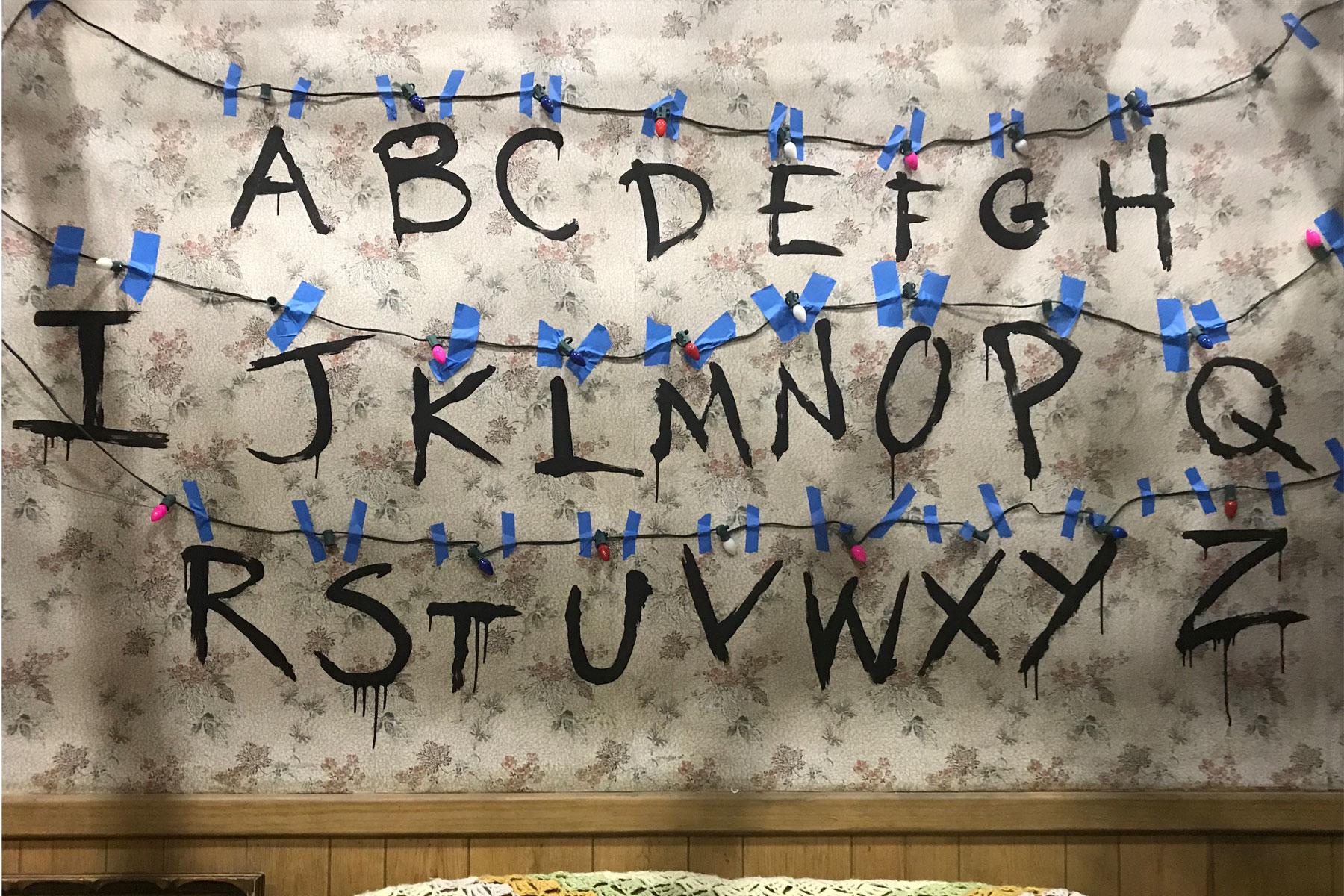 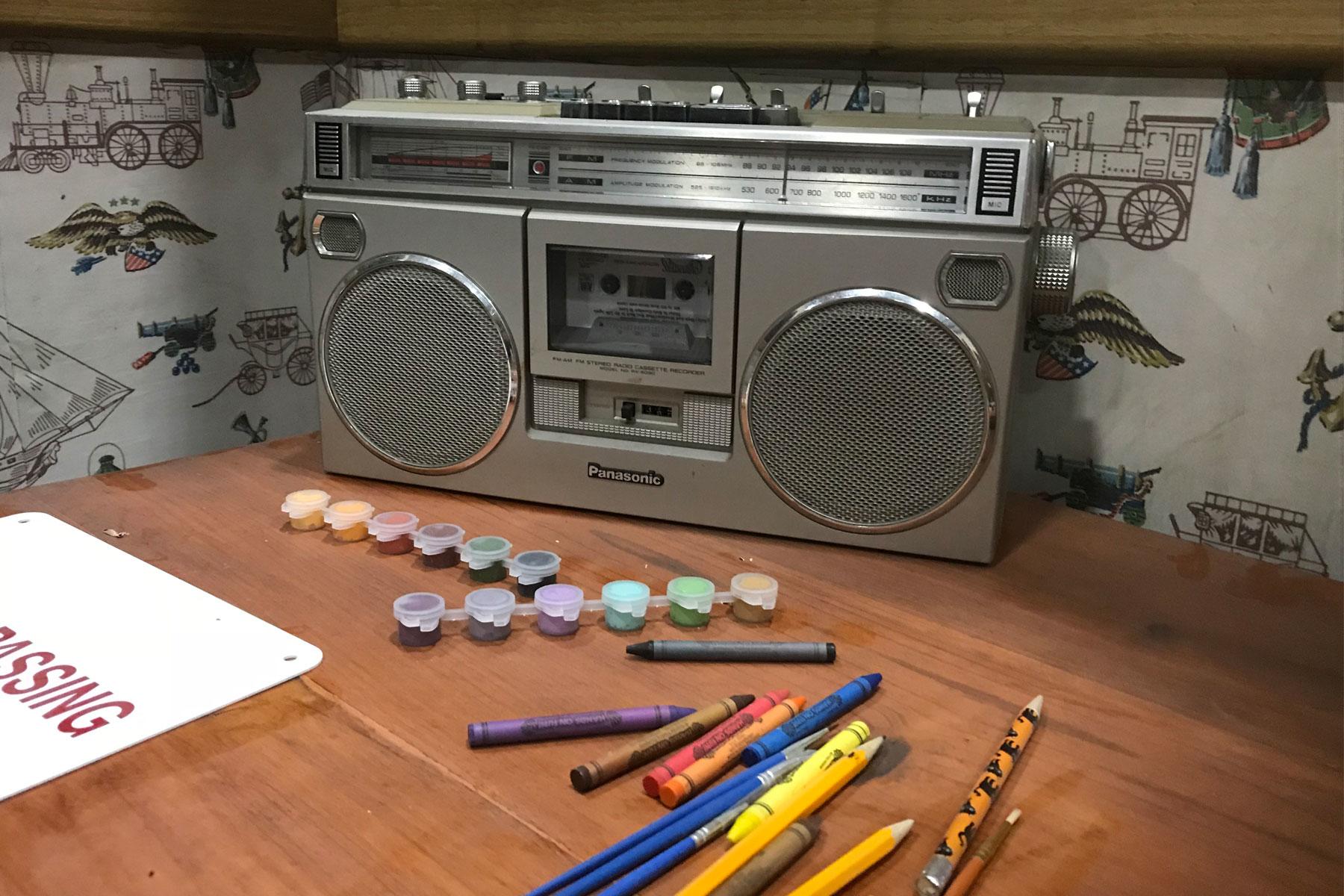 Fodor’s: Which visuals of the Stranger Things maze took the longest to construct?

JM: The Upside Down was a process–we built it off-site in our warehouse, and had a day where we tried a bunch of stuff–we tried snow machines, like in malls for Christmas, but I walked in and started choking and I was like, “No this isn’t going to work.” We tried a fog machine, but you could see the projection cone of light–eventually, the effects team came up with wrapping fiber optic lights wrapped in cotton to give it an ethereal look. 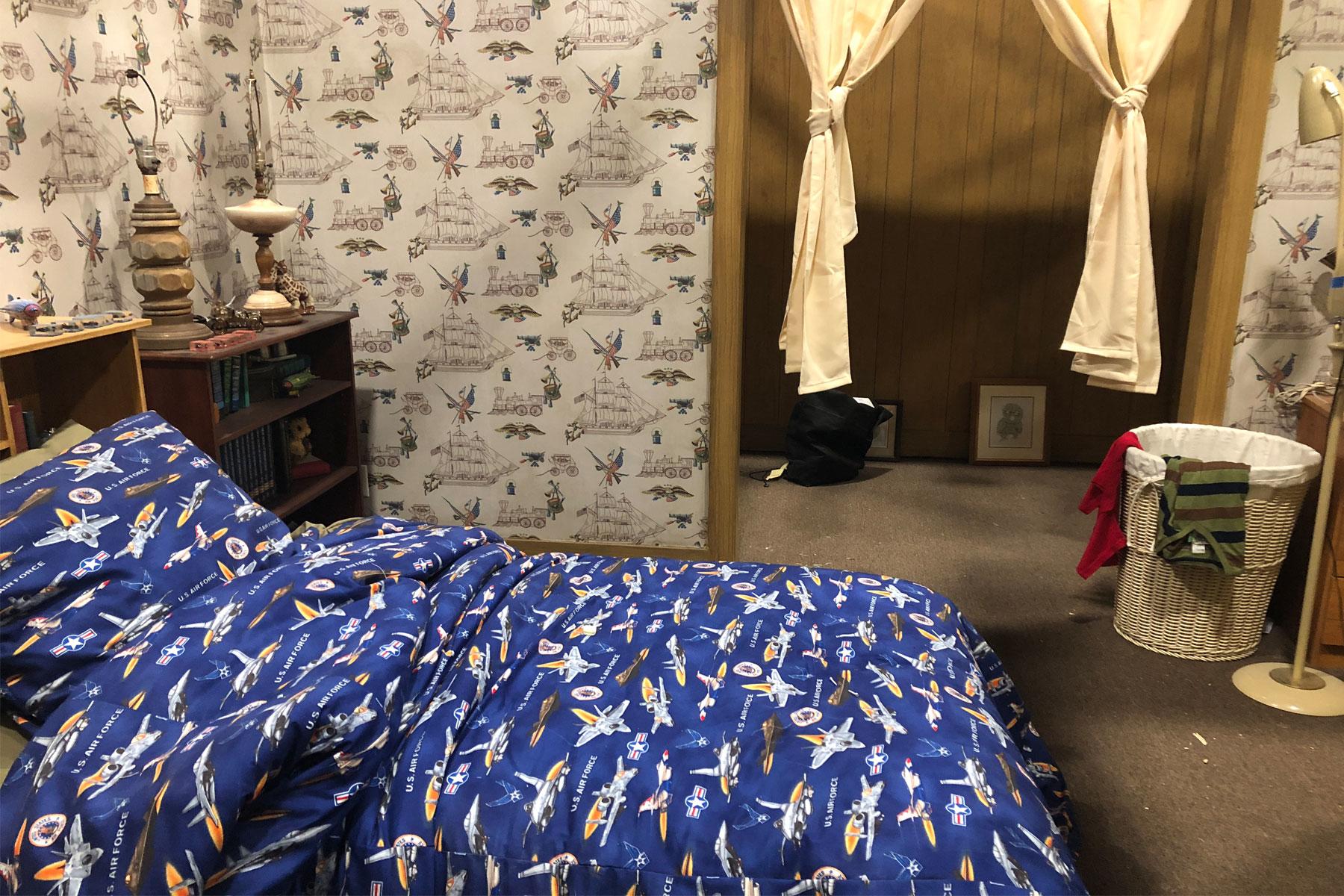 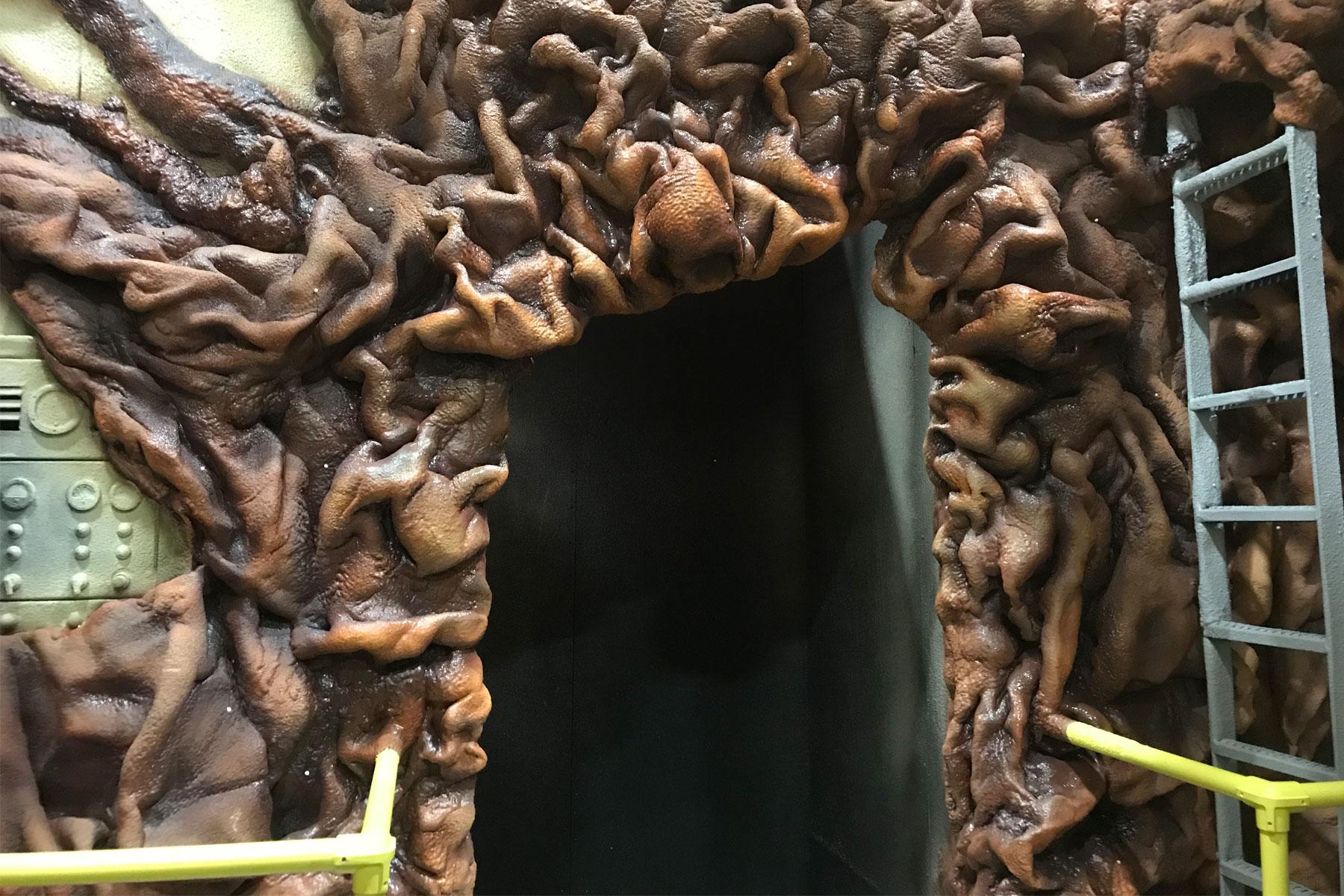 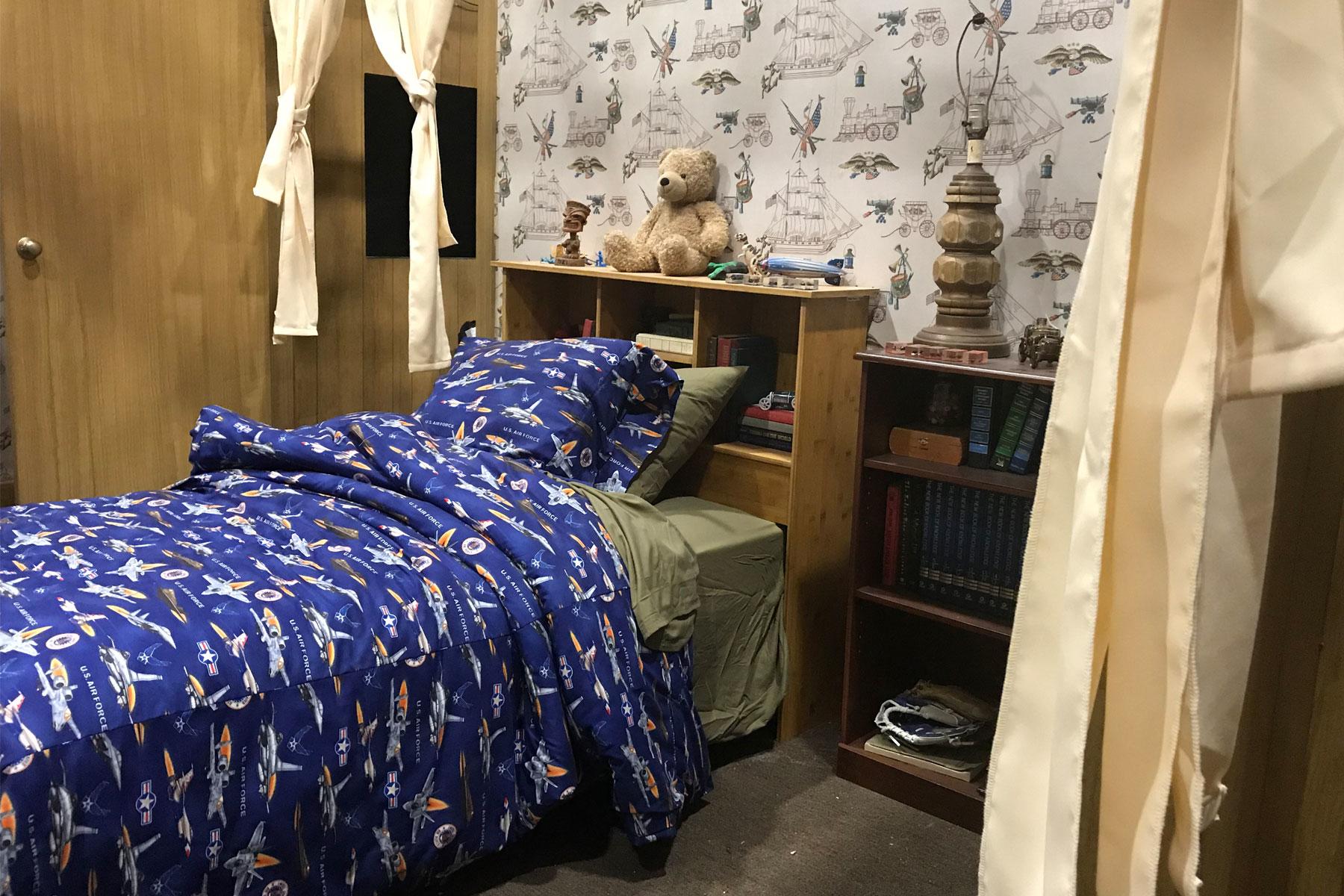