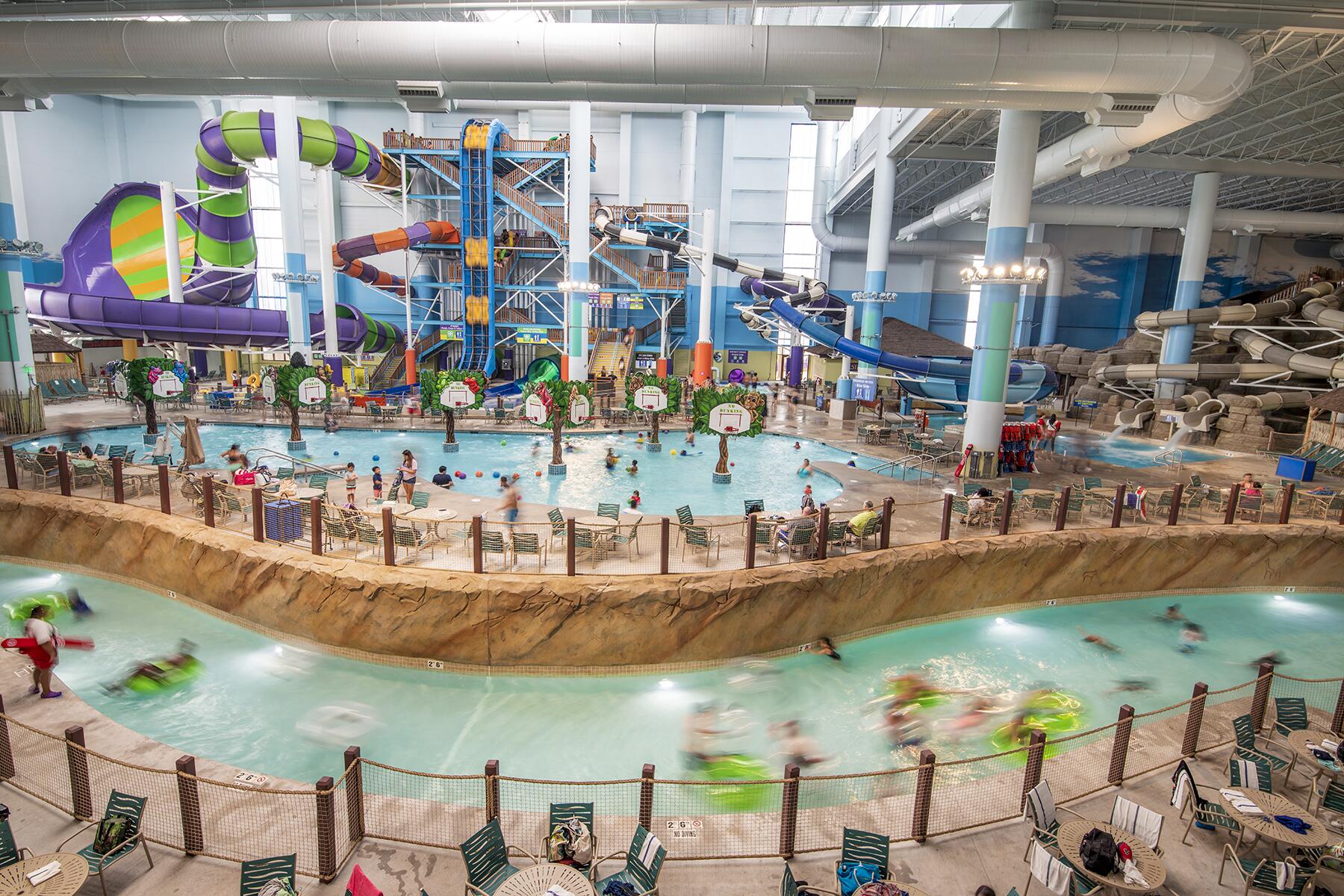 There's a lot going on at Universal Studios Hollywood for you to experience at any time of the year, and we, as they say, are here for it.

The thing that most differentiates Universal as a theme park overall is its reliance on special effects and media rather than your run-of-the-mill rollercoaster rides—it is a movie studio, after all. Here is your roadmap to the ultimate trip through the coolest entertainment-themed theme park in the entertainment capital of the world (Hollywood, baby).

Visitors enter Universal from the Upper Lot, so it’s best to start out here. Here are the highlights.

The World Famous Studio Tour is the park’s longest standing ride, and takes you behind the scenes of a real movie studio. You’ll travel four acres of the historic lot on a tram (guided by Jimmy Fallon, from an HD monitor) and see plane wreckage from Steven Spielberg’s War of the Worlds, come face-to-face with Jaws (the famous shark), view the Bates Motel from Psycho, get stuck in a simulated earthquake, and at one point King Kong is there (in 3-D). It’s a whole thing.

Best For: All Ages (Warn your children about Jaws, perhaps)

INSIDER TIPThis ride stops running before the park closes. Get it out of the way early.

Springfield USA is a full area of the park dedicated to the Simpsons, featuring The Simpsons Ride, a motion simulator attraction where you follow 3D-style versions of the whole Simpsons family along their comical trip through the Krustyland amusement park. After the ride, you can dine at Krusty Burger and grab a beer at Moe’s Tavern (don’t go before—you’ll get sick on the ride). You can also stop by Qwik-E-Mart for any convenience store needs.

Best For: All Ages

The Walking Dead Attraction is a walk-through exhibit and it’s like one of those scary Halloween mazes but available year-round, so you can get a mini Halloween Horror Nights experience during every season.

INSIDER TIPAt the end of the attraction, you’re congratulated by a man from a loudspeaker for making it through it without dying from the zombies.

The big boy of the park is, of course, The Wizarding World of Harry Potter, where guests can ride a Hippogriff-themed rollercoaster and go for an adventurous and immersive ride through Hogwarts Castle. “Harry Potter and the Forbidden Journey” is a 4D journey through the castle grounds, where you follow Harry Potter on his broomstick and get right up in the face of many a magical creature (the Whomping Willow, for example, nearly smashes you).

There’s also the ever-popular Hogsmeade Village, where guests can gulp down butterbeers (and butterbeer flavored ice cream), buy wands that “choose” them, and pay $14 for a pair of socks that say “Hufflepuff” (like I did, gladly). Stick around until the evening time and experience the Nighttime Lights at Hogwarts Castle, which is an excellent outdoor projection show illuminating lights everywhere upon the castle and accompanied by John Williams’ music from the film. The Nighttime Lights runs seasonally.

Best For: All Ages

INSIDER TIPIf you’re susceptible to motion sickness, remember to bring the appropriate remedies as many of Universal’s rides can be pretty bumpy.

Universal’s Lower Lot is exponentially smaller than the Upper Lot, but it packs a punch with its quality attractions.

Revenge of the Mummy is a mixture of a dark ride and indoor rollercoaster through the Mummy’s tomb. It has some thrilling moments and is the most traditional rollercoaster-style ride at the park. Despite the fact that Brendan Frasier is unfortunately nowhere to be found, at least Tom Cruise isn’t there.

Best For: Adults and Adventurous Children

INSIDER TIPAt the beginning of the ride, you might get sprayed with water—but not much. It’s fine. You’ll be fine.

Transformers: The Ride 3D is an innovative roving motion base ride system. Visitors are jolted wildly around visually spectacular action-packed scenes from the Michael Bay movies—basically you straight up feel like you’re inside of a Transformers movie. It’s one of the most popular attractions at the park.

Best For: Adults and Adventurous Children

The Future of Universal

Starting September 14, Hollywood Horror Nights comes back to Universal Studios to kick off the Halloween season with brand new terrifying industry-inspired mazes and other spooky experiences (more information to come!).

FYI: Jurassic Park: The Ride is closing its doors on September 3, until 2019. But wait, it’s okay, don’t worry—it will be back! The ride will reopen in 2019, fully renovated into Jurassic World: The Ride, with new dinosaurs and updated scenery and storylines. Universal Studios is Chris Pratt-ing it up and it’s going to take a bit. While some fans might see this as blasphemy (OG JP 4EVER), let’s face it: The ride was in need of a bit of an upgrade. Plus, you know they’re going to make it cool. Jurassic World is the future, people.

Both day passes and annual passes to Universal Studios Hollywood can be purchased on their website year-round.