Los Angeles can be a delightfully weird place. There’s a secret door that leads to a night out in the 1980s. At a Mayan theater downtown, men in chicken masks wrestleeach other on most major holidays.

And if that still doesn't take you as far off the beaten path as you're trying to go, you can learn to taxidermy a chick in a home decor store in Silver Lake. It’s a pretty interesting thing to do with your Saturday night in any zip code. 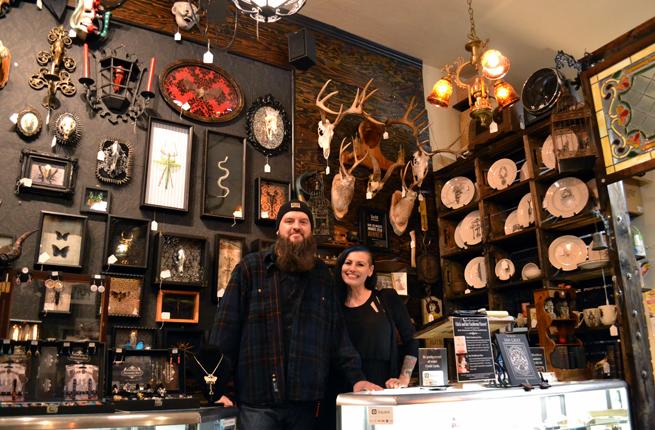 Like it about yourself or not, the word “taxidermist” can come with some visual baggage. Even if part of you knows better, another part of you will cast Mads Mikkelsen in a poorly-lit basement every time.

Which will make you feel a little silly to walk into a delightful home décor shop that is not the set of The Green Butchers at all. Memento Mori specializes in antiques and oddities – Grace Jones prayer candles, vintage dinnerware, and a taxidermied piece or two.

“It’s something a lot of people are very scared about. I can’t tell you how many people come in here and are like ‘oh, I could never,’” said co-owner Deirdre Hartman from beneath an adorably mounted Jackalope.

But sometimes “I could never” is just a kind of curiosity. And for those customers, Deirdre and her husband and co-owner Bradley Hartman started offering classes to give customers “a little confidence and understanding of that artwork.” 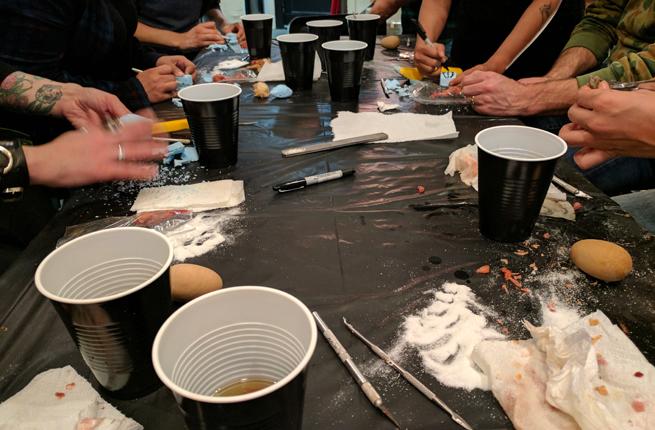 So there we were, crowded around the table; some of us “a little nervous,” but game.

The class is taught by Divya Anantharaman and Katie Innamorato, who literally wrote the book on taxidermy. They travel the world teaching an art that is growing in popularity, but still hard to find in most learning annexes. They’ve been on television and in the New York Times. They plop two dead birds in a Solo cup in front of each of us. 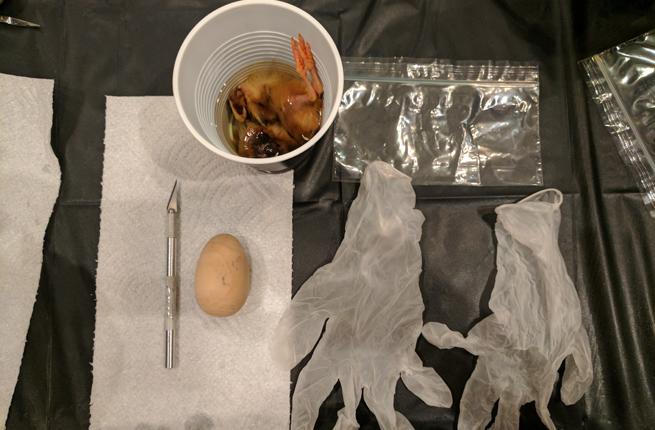 It’s a scene that may take your brain a moment or two to process. If it helps, Divya and Katie want us to know, the birds found their way into our cups via natural causes. They ethically source all of the animals they work with, which means that none of them are killed. The birds in our cups were likely feeder chicks who died prematurely… before they got the chance to be food. Chickens don’t get a lot of happy story lines.

But the ones in front of us will have a second chance at “life” as works of art. And at the very least, they won’t be lying limp in front of us looking so pitifully un-alive. It’s a moment of sympathy that leads me to name my chicks Herbert 1 and Herbert 2. I strongly advise against getting emotionally involved quite so early in the process. The journey from death to second-life gets pretty confrontational. With Divya and Katie’s help, we dive right in: a shallow incision through the bird’s thin skin, which feels a lot like dissection day in science class. Then, we slowly work off their skin with our fingers – first the torso and then the wings, legs, and neck, which is not like science class at all. It's less messy than you’d think, but it is time-consuming, which is something that I know now but have no place to put in polite conversation. 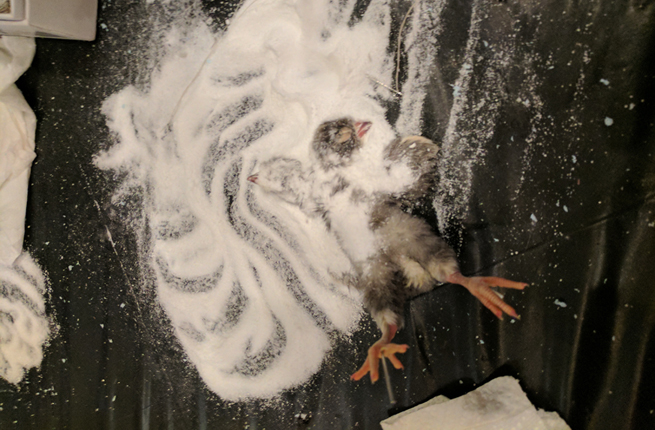 The class lasts around four hours, long enough for us to get surprisingly comfortable with the task at hand. By the time it’s time for their borax bath – to dry out the skin and feathers – we’ve all got a case of gallows humor. And a joke about baby birds with serious drug problems lands with everyone in the room.

It’s not all smooth sailing. There are a few hurdles outside of most people’s comfort zone that we had to mount. We scoop out brains with a tiny stainless-steel tool. The eyes are tough to remove, which is as specific as I’d like to be about that. 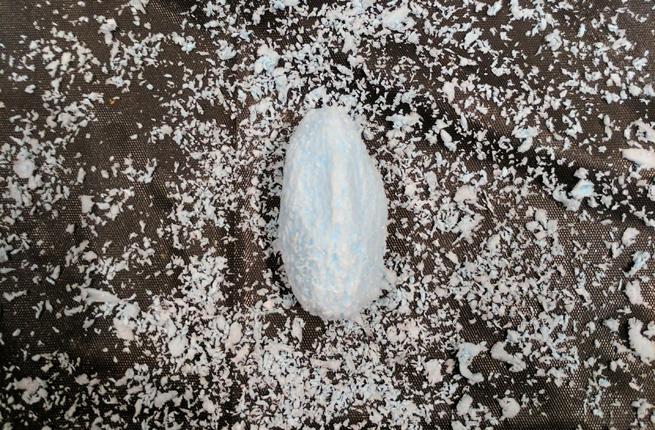 The rest is less biology class than arts and crafts. We re-create the structure of our tiny charges: we carve blue foam for the body. Sturdy wire with pipe cleaner wrapped around replaces the legs and neck… and then the other neck.

Most of us are making two-headed birds. Because the philosophy behind rogue taxidermy is, if you’re re-making nature, why not make a few improvements? Everyone adds their own artistic flair, then holds the pose in place with pins until they dry out. A few passes with the hair dryer fluffs them up, and we're done.

In the end, everyone looks proud of their souvenirs, poses for a photo. The Herberts have a permanent place on my bookshelf at home, where their presence took a few days to get used to. 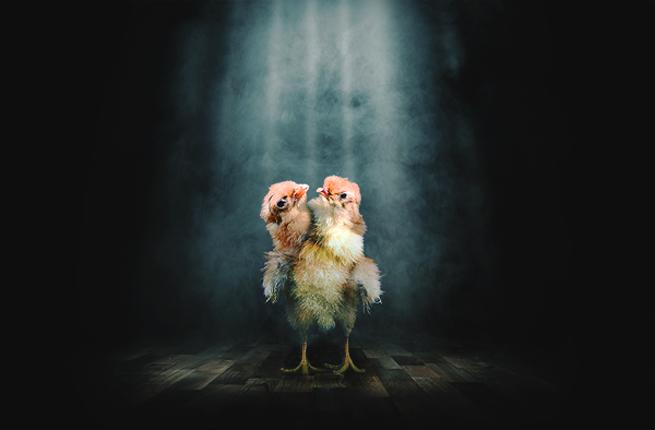 Interested in taking your own class? Sign up for Memento Mori's newsletter for information on upcoming taxidermy, insect spreading and articulation classes. Or follow Divya or Katie who offer regular classes in Brooklyn and travel to teach all over the world.