High in the California mountains, the Methuselah tree hides in plain sight.

If you find your way to the uppermost reaches of California’s White Mountains, you might catch yourself wondering if you’ve strayed back to some unfamiliar, primeval part of history. Here, the high altitude slopes are populated with twisted, gnarled trees that look as if they’ve been warped into their crooked formations by some unfathomable force. They seem less like trees and more like the remains of apocryphal figures cursed to take their arboreal shape for transgressions against some ancient deity. They stand on the mountaintop, still and silent as tombs but very much alive.

These are the Great Basin bristlecone pines of Inyo National Forest. These trees are known for their wizened appearance and their tenacity, growing amid incredibly dry and rocky terrain. And one of these trees is the oldest living non-clonal (genetically identical trees with a shared root system) tree in the world. Before the Great Pyramid of Giza was even a twinkle in pharaoh Khufu’s eye, the Methuselah tree had already taken root.

In 1954, dendrochronologist Tom Harlan discovered a tree in the Ancient Bristlecone Pine Forest that is now 4,852 years old. The tree was named after Methuselah, the biblical figure who’s said to have lived to the ripe old age of 969. Somewhat ironically, this ancient bristlecone predates the writing of the texts wherein Methuselah appears.

And while hikers can certainly experience the forest and walk among the bristlecone pines, they’re unlikely to come face to face with Methuselah. Or at least, they won’t know it if or when they do. Because which of these trees is the oldest living tree in the world is a secret. Only members of the United States Forest Service and researchers know which tree. 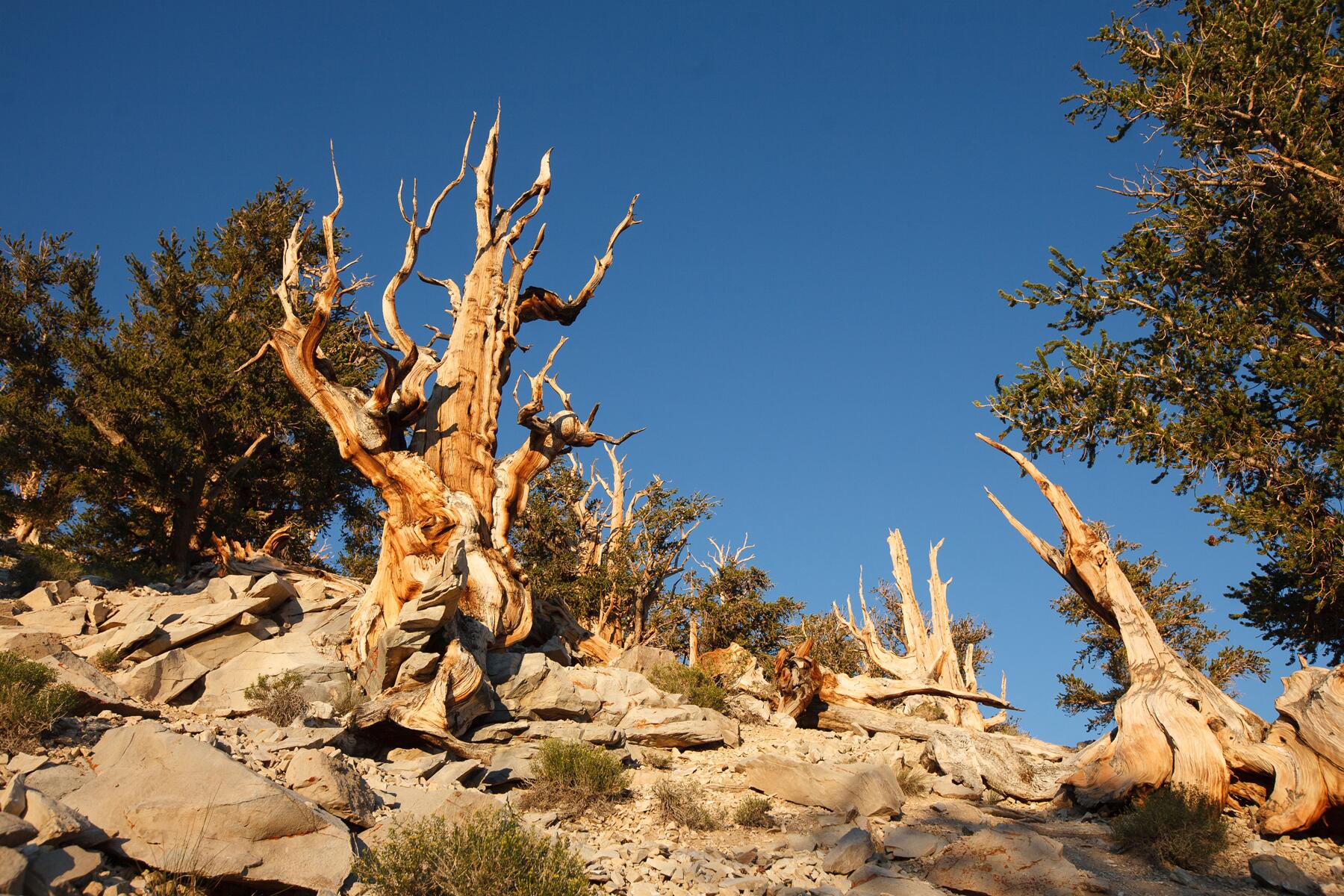 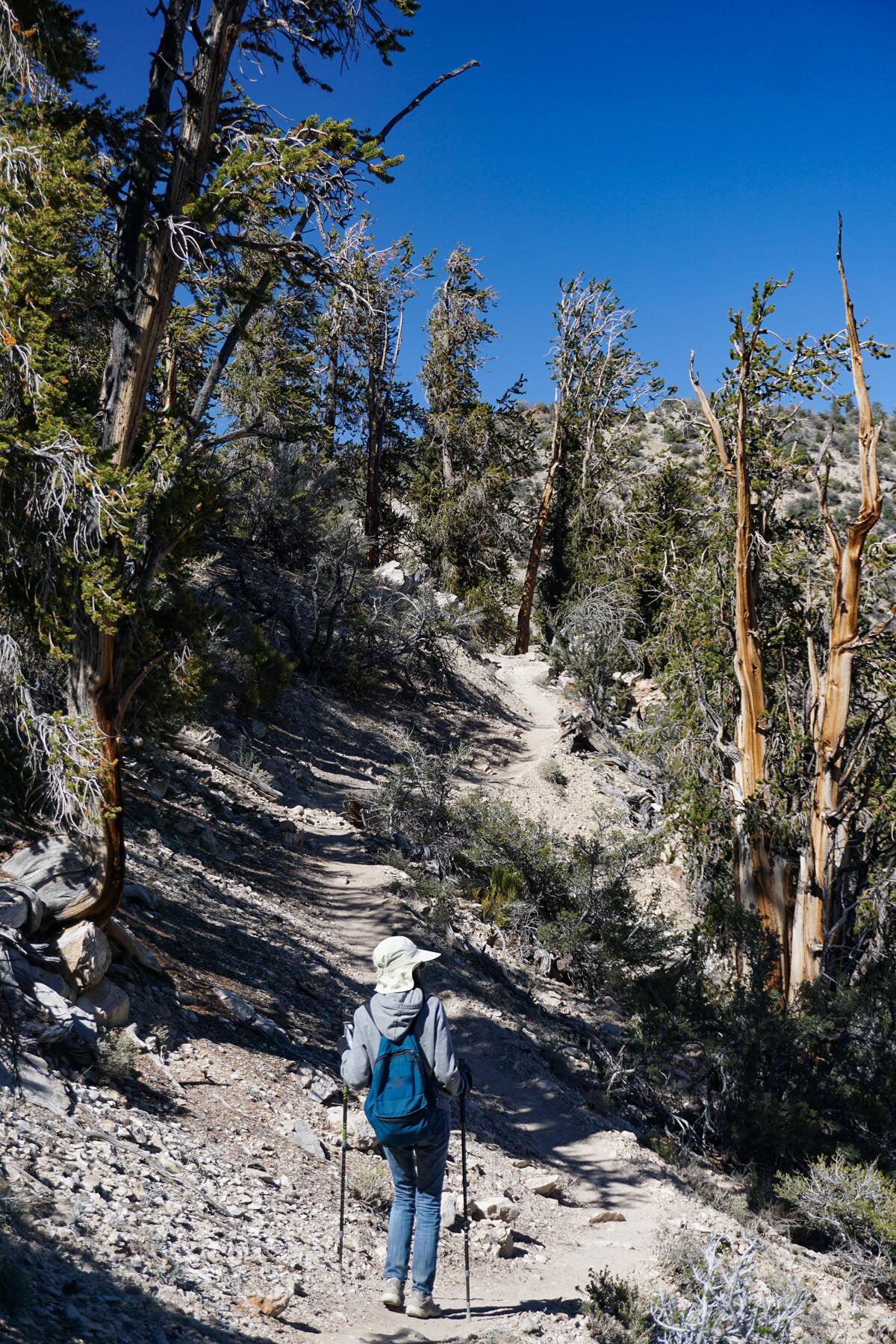 It’s undoubtedly with good reason that the real Methuselah isn’t publicly advertised. Though the area is tricky to access, it’s not hard to envision a scenario wherein the oldest living tree being felled by even the most well-intentioned of people. Because it’s already happened.

In 1964, Donald Rusk Currey was attempting to take a sample from a bristlecone pine when his tree corer got stuck. A forest ranger helped him cut down the tree so that he could retrieve the instrument. When Currey later studied the rings he discovered that the tree—dubbed “Prometheus”—had been over 5,000 years old. “Had” being the operative word.

There’s a benefit to the general public not knowing which tree holds the title of “Oldest in the World” beyond the tree’s own preservation. By obscuring Methuselah’s true identity, we are spared falling into a trap that would leave us fixated and unable to see the forest for the trees. When you hike through the Methuselah Grove, you’re invited to regard every tree as if it too held this exalted status.

One mysterious secret would certainly be plenty for any other forest, but there’s one more that not even the United States Forest Service knows the answer to. According to Harlan, there was a 5,062-year-old bristlecone pine that was alive as recently as 2010. But which tree isn’t known. Harlan died in 2013 and so Methuselah’s elder remains unknown.

There’s reason to think that, if allowed to make its slow and steady progress through time, there could be another millennia or more left in Methuselah’s lifespan. According to one former member of the United States Forest Service, there’s no reason to think Methuselah couldn’t live forever, as there’s nothing to indicate the tree is anything but healthy and growing. There’s something reassuring about Methuselah. That some things on this earth truly may be eternal.

Ultimately, a tree can’t tell you what it was like palling around with Khufu or Gilgamesh. But it sort of feels like it can. By virtue of sharing the present with a living organism with such an immense past feels like a connection not only to those bygone years but the years and perhaps centuries that have yet to come.