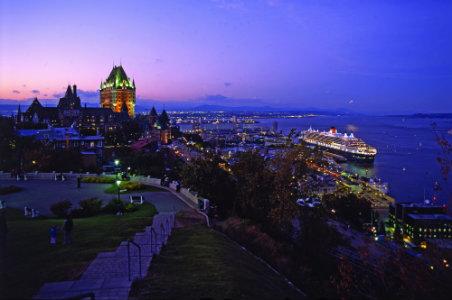 The age-old rivalry between Montréal and Québec City is as fervent as ever, but those in the know agree that Québec City is, indisputably, the more Française of these two European Canadian metropolises. With only an hour and a half flight time from both New York and Boston, it’s the perfect weekend getaway for Francophiles seeking a bit of joie de vivre without the jetlag. From the largest winter playground in North America to the city's trendy Ice Hotel, here are five reasons to visit Québec City now.

1. Stay in the Ice Hotel 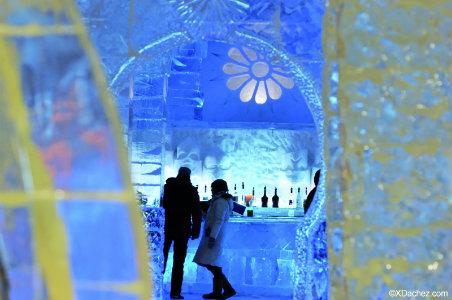 Stay overnight in North America's only ice hotel, a frosty, 44-room abode constructed from 30,000 tons of snow and 500 tons of ice on the lower slopes of the Laurentians mountains. Like Outward Bound for grown-ups, an undertaking at Ice Hotel includes a lesson in how to dress for the night and maneuver your sleeping bag, which rests on a bed made of ice blocks with a wooden frame. Tie the knot in the ice chapel, knock back vodka-heavy concoctions at the Ice Bar, or ask to have your own custom suite carved before arrival. Take note: This experience is not for wimps. Temperatures at the hotel average -4˚F, bathrooms are in an “outhouse,” and hotel room doors consist of curtains you pull shut after entering. 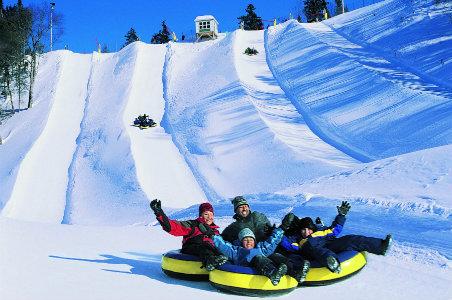 With more than 35 snow slides, skating paths, rafting, tubing, and ice carting (go-carts on ice, essentially), Village Vacances Valcartier is North America's largest winter playground. Between rides, suck a maple candy-pop from a slope-side sugar shack or defrost in the park's family-friendly restaurant. Thrill seekers will want to tackle Himalaya, a James Bond-like 90˚ jump where tubers can reach up to 50 mph with views of the Jacques-Cartier River Valley.

3. Relax at a Nordic Spa 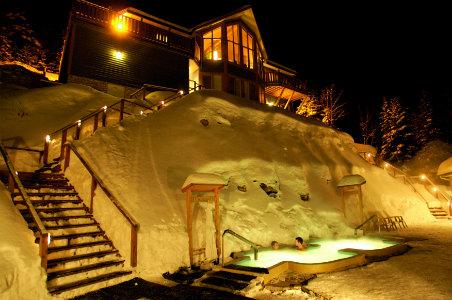 Based on a 1,000-year-old Viking tradition, the Nordic spa experience consists of alternating stints of marinating in an outdoor hot tub, sweltering in a sauna, and then immersing yourself in frigid waters. Pamper afterwards with a visit to the hammam and an hour-long Swedish massage. Although there are nine Nordic spas in Québec City, consider the chalet-style Spa des Neiges in Sainte-Anne-de-Beaupre (about a 20-minute drive from the city center). The spa distinguishes itself from the rest with unobstructed views of the frozen St. Lawrence River from its peaceful (no talking, no cell phones) outdoor deck. 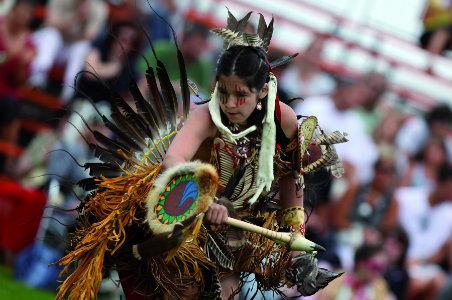 Visit the only Huron-Wendat Nation museum in North America and the First Nation’s longhouse, only 15 minutes from the city. Indulge in an Aboriginal treatment at the Nation Santé-Spa, learn how to make bannock (a traditional bread), and be captivated by local storytellers who will relay fascinating myths and legends.

5. Stop at a Sugar Shack 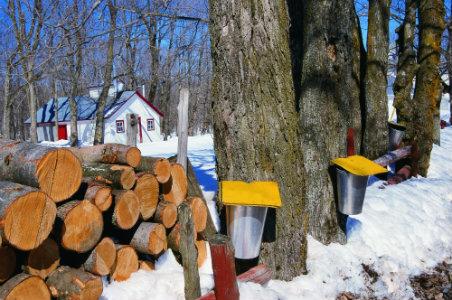 Learn how 75% of the world's supply of maple syrup is made and taste snow-cooled taffy at a traditional Québécois cabane à sucre, or sugar shack. There are at least a dozen sugar shacks located within a short drive of Québec City, where day trips include a family-style feast of Québécois food, a taste of “caribou” (a sweet wine and whiskey cocktail), and a slice of tarte au sucre (a sugary syrup pie.) There's often live fiddle-driven folk music, too.

Kristan Schiller is a travel editor for Fodor’s, specializing in cities and cultural destinations. Follow her on Twitter @medjumbe.