Basking in Great Lakes breezes and a shared latitude with cool-climate wine regions like southern Oregon and northern France and Italy, Ontario’s wine region is Canada’s biggest wine-producing area and a must-visit for grape lovers. Oenophiles can happily swish and sip their way through a visit to the more than 150 licensed wineries in the area, but they’ll be missing out; Ontario is also home to historic sites, natural attractions, festivals, and activities like antiquing, birding, biking, and hiking. Here are six ways to explore the region, both on and off the grapevine. 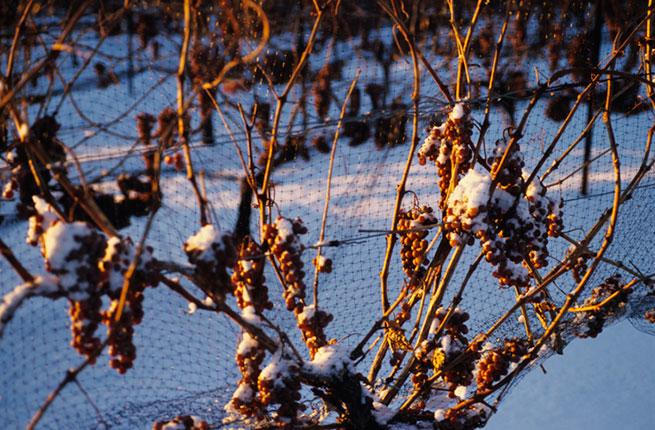 Ontario has been producing icewine—a dessert wine made from grapes that have frozen on the vine—since 1984, but it became known for producing some of the world’s best icewines after 1991, when Inniskillin winery won the coveted Prix d’Honneur at Bordeaux’s Vinexpo. It seems appropriate to begin any visit to icewine country with a visit to Inniskillin, where as well as sampling award-winning icewine at its source, you can visit the estate’s several restored buildings, including the 1920 Brae Burn Barn. There are more than 60 wineries producing icewine in Ontario, and you can sample them all in January at the annual Icewine Festival in Niagara-on-the-Lake. If you can’t make the festival, make time to visit Peller Estates for a tasting in their igloo-like 10Below Icewine Lounge, constructed from more than 13,000 kilograms of ice and featuring ice sculptures and an ice chandelier.

Stretching from Prince Edward County to Niagara-on-the-Lake, Niagara Escarpment and Twenty Valley, and Lake Erie North Shore and Pelee Island, the sheer number of wineries in Ontario can be a little daunting, so it’s best to pick one area, one winery, or even one varietal to focus on and just take it from there. Niagara-on-the-Lake is a good starting point: it has the highest concentration of wineries and it’s where the modern wine industry in Canada began. Other highlights include Karlo Estates for North America’s first vegan-certified wines, or The Grange of Prince Edward County for its country lanes and grand Loyalist barn. If you enjoy your wine with an Instagrammable view, By Chadsey’s Cairns is a 206-year-old farm overlooking Lake Ontario; Viewpointe Estate Winery offers vistas of Lake Erie from its grand patio; and Rockway Vineyards has an 18-hole golf course surrounded by vineyards. Shopping tip: Look for the VQA (Vintners Quality Alliance) label on the bottle; it means the wine is made from 100 percent Ontario-grown grapes that have been strictly tested to meet standards. 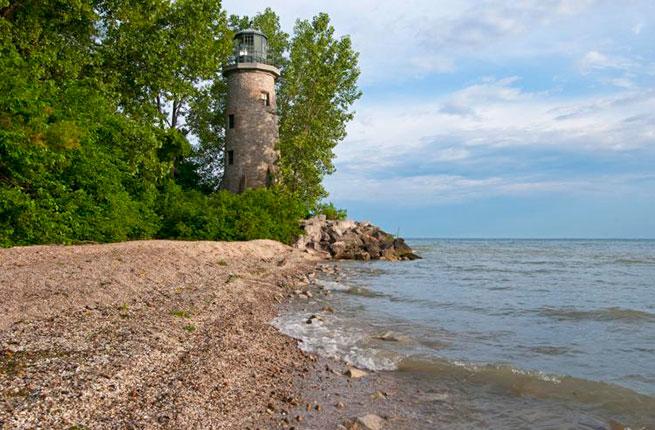 At the southernmost point of Canada, and accessible only by ferry, personal watercraft, or private plane, Pelee Island is little (10,000 acres) but it has a lot (beaches, nature reserves, historic sites, biking, festivals, and yes, wine!) to offer. You can circle the island (rent a bike across from the ferry docks) on the Waterfront Trail in about 4 hours, but you’ll want extra time to wander or stop for a swim. The island’s reserves­—Fish Point Nature Reserve and the Lighthouse Point Nature Reserve—offer habitat to rare plant and animal species and are especially popular in spring and fall for bird and butterfly migrations. Cultural highlights include the Pelee Island Heritage Centre, the restored Pelee Island Lighthouse, Vin Villa ruins (the grand remains of Canada’s first commercial winery), and Pelee Island Winery. Tip: Visit in October when the island hosts its annual pheasant hunt.

While the War of 1812 was primarily a conflict between the United States and Great Britain, Canada was pulled into the mix as a British colony and invaded by the United States. There are quite a few sites in wine country relating to the war, including Fort George National Historic Site, where you can visit the oldest military building in Ontario and take in training maneuvers; Brock’s Monument, which is dedicated to one of Canada’s heroes of the war and also offers stunning views of Lake Ontario and Niagara Falls; and the 300-acre Chippawa Battlefield. Other top attractions in the region include Drummond Hill Cemetery, Battle Ground Hotel Museum, and Old Fort Erie. You can find a full list of historic attractions at visit1812.com. 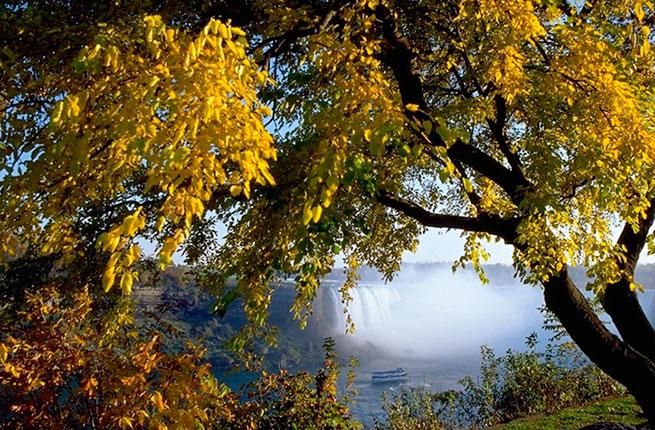 Wine country is also waterfall country, and while you can’t leave without seeing the naturally stunning Niagara Falls from a variety of perspectives—including an in-your-face angle with the Journey Behind the Falls attraction—there are also several lesser known and, even better, lesser-trafficked waterfalls nestled into the surrounding countryside. The picturesque Ball’s Falls Conservation Area houses the eponymous falls (upper and lower are accessible), which are especially impressive in spring when water levels are high. The nearby Rockway Falls is something of a well-kept secret in a deep gorge surrounded by cliffs. The smaller, but still stunning, Louth Falls are also nearby, but you’ll need your hiking boots to reach them.  Beamer Falls in the Beamer Memorial Conservation Area and DeCew Falls in St. Catherine’s are both short drives away, but worth a visit.

“Canadiana”-style antiques are handmade pieces of furniture from the 17th to 20th centuries, usually constructed from pine, which for the lower classes of European settlers was a more affordable material than maple or mahogany. Prince Edward County is known for these primitive collectibles and for stores as interesting as their antique contents. Highlights include the Hickory Tree, whose business is conducted out of the carriage barn of an 1878 house; the Hillier House, in a former general store; and the Local Store, a restored 19th-century dairy barn, where you’ll find multiple vendors selling their wares. Prince Edward County also hosts the Antique, Vintage & Artisan Show for three days every July.  End a day of shopping with a visit to the Sandbanks Provincial Park, home to the largest system of sand dunes in the world.