Let's talk about the bittersweetness of iceberg viewing in Newfoundland.

Take a glacier, add a body of water, and voila, you have icebergs. Such conditions mean that you only find them in a handful of places, at the more extreme southern and northern latitudes—Alaska, Canada, Chile, Iceland, New Zealand and, of course, Antarctica.

But did you know that the long, rugged, northeastern coast of Newfoundland and Labrador is one of the best iceberg viewing destinations in the world? Dubbed “Iceberg Alley,” in any given spring along this stretch of the Atlantic Ocean that runs from Greenland down to St. John’s, you might spot between 400 and 800 frozen formations slowly floating by.

The amazing part? These chunks of ice that can be as massive as a cruise ship are as beautiful as any art sculpture, each with a unique shape and size and colors ranging from pure white to deep aquamarine. And what you can see above the water really is only the tip of the iceberg—an amazing 90% is below the surface of the ocean (as the Titanic sadly found out on its inaugural voyage). 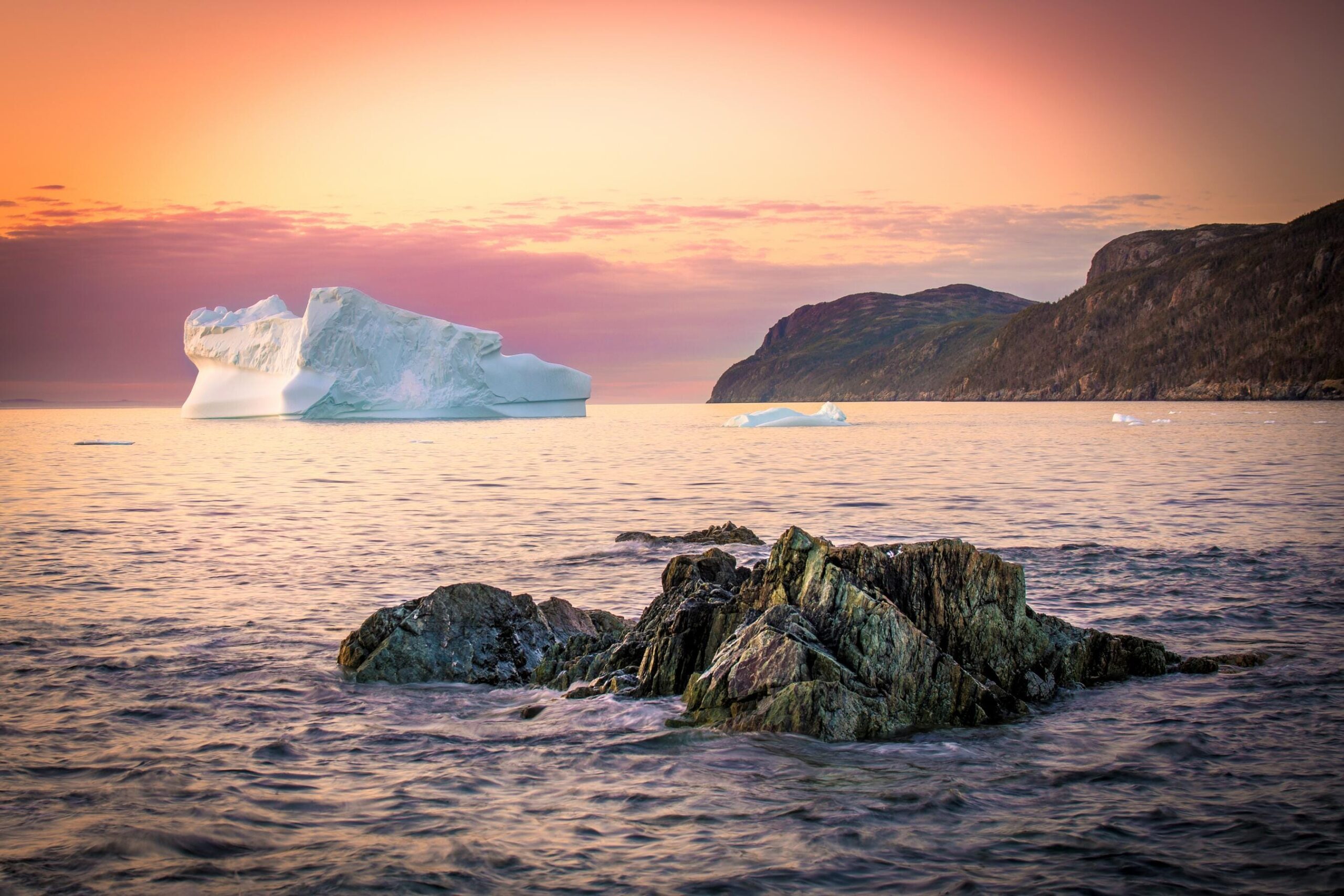 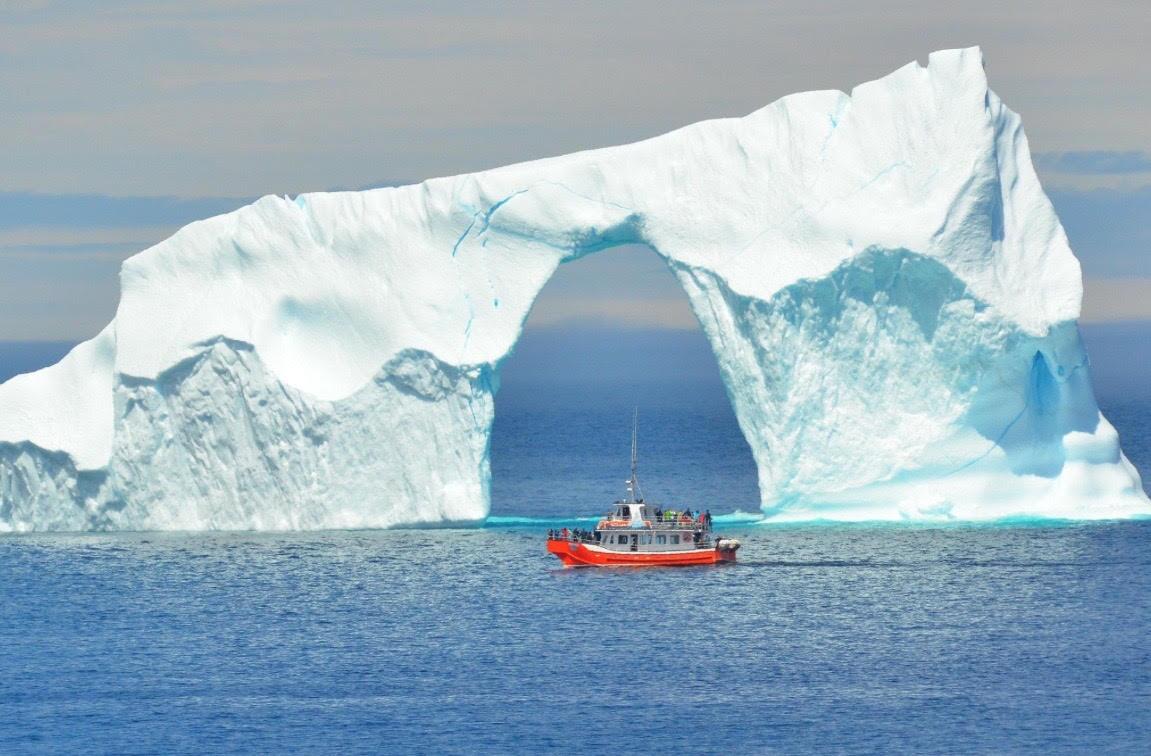 As tends to happen with incredible natural phenomena, icebergs attract all sorts of hype and attention. Avid ice climbers have scaled them, and countries that struggle with a shortage of clean drinking water are talking about towing them home.

Despite all of the wonder that surrounds them, there is a downside. Due to the current climate change, glaciers dating back over 1,000 years are melting at an alarming rate, which in turn contributes to the rise of sea levels, causing coastlines to retreat. Iceberg season is starting earlier, and the size of the calved icebergs is getting bigger. In July 2017, one of the largest icebergs ever, reportedly the size of Delaware, broke off the Antarctic Peninsula.

Keeping in mind this bittersweetness, here are some of the best places in Newfoundland to view these surreal glacial beauties.

This little island located on the northeast shore of mainland Newfoundland is called the “iceberg capital of the world.” Because of its northern position, the iceberg season can be somewhat longer than in the south—lasting from April to early July. Twillingate waters are also home to a high population of humpback whales, so you might get a bonus sighting when you’re hunting for icebergs.

Prime Twillingate viewing locations are the Spiller’s Cove coastal trail and Long Point Lighthouse, an active lighthouse established in 1876 that is perched 300 feet above sea level. A local boat tour or kayak tour with a certified operator will also get you up close to the lovely ice sculptures. And if simply viewing it isn’t enough, some groups offer a yoga class by the icebergs.

A Twillingate winery takes advantage of the iceberg season to hunt for “bergy bits,” aka small pieces of icebergs (touted as the purest water on earth) that wash up on shore, to make their specialty hand-picked blueberry and iceberg water wine.

INSIDER TIPMany locals use iceberg ice to cool their drinks since they last longer than normal ice cubes and they pop and fizzle as they melt.

Another northern Newfoundland island, Fogo Island is quickly putting itself on the map with the arrival of its unique luxury eco-inn. The inn, perched right on the shoreline, has floor-to-ceiling windows, so if you stay here you likely will not even need to leave the room to see icebergs floating by.

There are several well-worn hiking trails that circumnavigate the island’s shoreline and Brimstone Head, which has oddly enough been dubbed one of the four corners of the world by the Flat Earth Society of Canada. In addition to it being a science-less landmark, the spot also has a stunning viewpoint overlooking the ocean. Boat tours from this point are available to get you out in the water and close to the icebergs and to visit colonies of puffins, razorbills, and other seabirds. 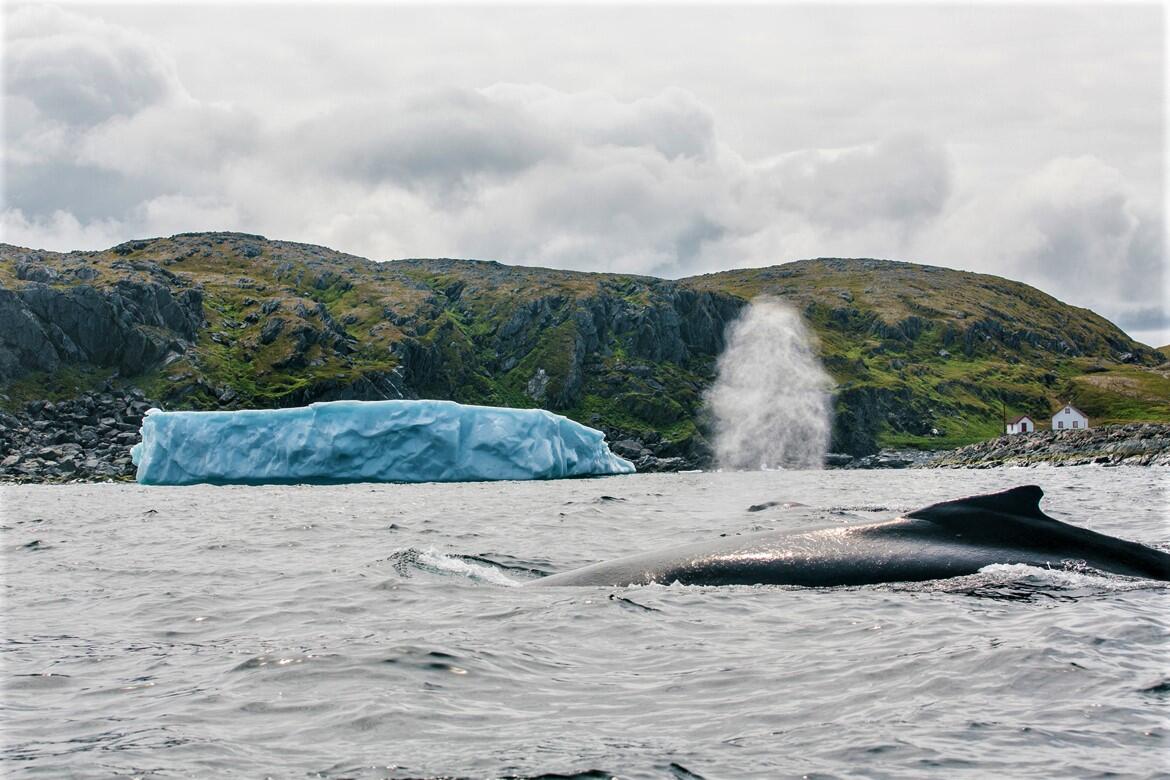 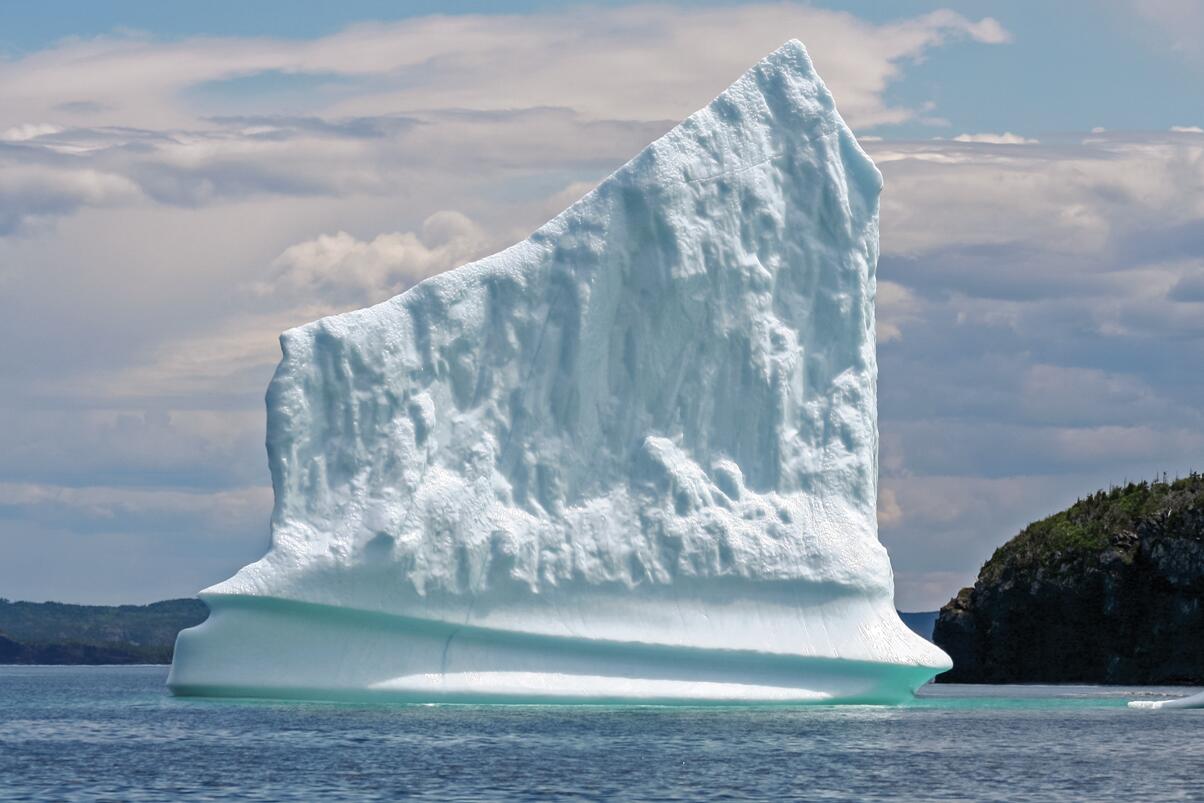 Fogo Island additionally has several tiny, Maritime fishing villages (like Tilting) filled with brightly painted saltbox houses and fishing stages. If all goes well and the planets align, you’ll be able to snap a photo of an iceberg behind the colorful villages, just like you see in the Maritime postcards.

INSIDER TIPIf you’re viewing an iceberg and a bird suddenly flies off of it, it can be a sign that the iceberg is about to roll or break, and the bird is feeling the vibration.

Back on “the Rock”, as the locals like to call main-island Newfoundland, there’s Greenspond. This off-the-beaten-path village on the northeast coast was settled in the 1690s and is one of the oldest continuously inhabited fishing outports in the province (once known as the “capital of the north”).

Greenspond is at the start of a renaissance and its beautiful historical buildings are being converted into tearooms and lovely B&Bs, where you will likely see whales and icebergs through the windows which face toward the Puffin Island Lighthouse. Hiking tours or boat tours for iceberg viewing are also available.

INSIDER TIPCheck the Icebergfinder.com for real-time info on where to catch the best iceberg action during the season.

Newfoundland’s small-but-vibrant capital city, famous for its jellybean row houses, is located in the province’s southeast corner. Several iceberg-viewing boat tours depart from the city, and chances are good of seeing a behemoth iceberg from the viewpoint at Cape Spear Lighthouse, just 15 minutes south of the city and the furthest east you can get in North America.

When you’re back onshore, try an Iceberg beer at the Quidi Vidi brewery to add another dimension to your iceberg research. Supposedly, the near-ancient glacier ice does not have any minerals, which gives the beer a very light taste.

Other places in St. John’s for prime iceberg viewing are segments of the famous East Coast Trail, which zigzag along the cliffs and coves and through abandoned settlements, and Signal Hill, the famous clifftop historical site where the first transatlantic wireless transmission was received. In the spring of 2017, an hour south of St. John’s, at the village of Ferryland, an especially big iceberg—about 150 feet high—floated too close to shore and became stuck, causing quite a stir.

INSIDER TIPIcebergs move an average of 10 miles per day. Icebergs breaking off the ice cap in Greenland and traveling along the currents can take two years to reach Newfoundland and Labrador.