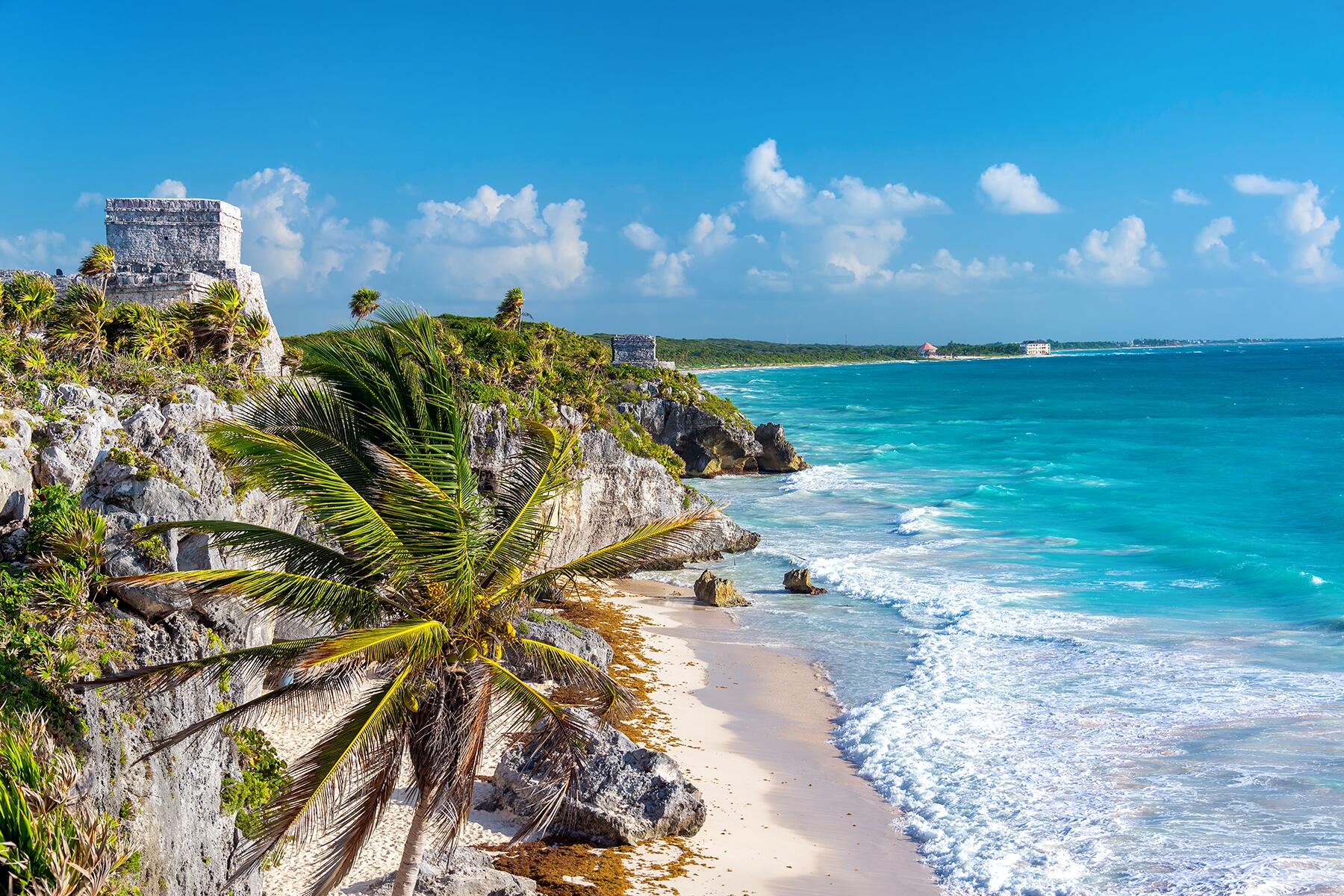 If you’re looking to escape the mesmerizing but mad metropolis that is Mexico City for a day or two, there are plenty of destinations within a few of hours’ drive to suit every traveler’s tastes.

Though often overlooked, Central Mexico is home to some of the country’s most fascinating museums, food, markets, mountains, and archaeological sites. In fact, many of the destinations on this list have been designated as pueblos magicos, or magic towns, as part of a government program that recognizes unique and culturally or historically-significant places. Hiring a car will make for a quicker trip, but almost all of these spots can also be reached by public transport. (Make sure to check which of Mexico City’s four major bus terminals the relevant route departs from before setting out.)

Arts & Culture Anna Richards What Do the French Cancan and Mayonnaise Have in Common?
1 OF 12

Teotihuacan is a UNESCO World Heritage Site, but its origins and history largely remain unknown.  An ancient Mesoamerican culture rose to prominence here between 400 B.C. and 400 A.D., leaving behind the remains of a city that once housed up to 200,000 people.

Only an hour away from the city, the imposing Pyramids of the Sun and Moon are an absolute must for history and architecture fans. If you want to make the most of your day, dozens of local companies offer tours that include visits to nearby attractions.

Just under two hours’ drive away, tiny Tepoztlan draws spiritual seekers thanks to its reputation as the birthplace of Quetzalcoatl, the Aztec feathered serpent god. Travelers up for a challenge can hike up a steep trail on the outskirts of town that leads to a Tepozteco pyramid with incredible views of the surrounding valley. Visit on Sunday to catch the famous open-air market, full of unique street food and artisan crafts.

Not to be confused with Tepoztlan  (to the south), Tepotzotlán is a larger town an hour’s drive the north of Mexico City. It features some of the country’s most significant examples of colonial-era religious architecture, as well as the National Museum of the Viceroyalty of New Spain which is housed in a former Jesuit college.

INSIDER TIPAround 20 miles to the northwest of Tepotzotlán stands the highest aqueduct in Mexico, known as the Arcos del Sitio. Built in the early 18th century, the aqueduct is now surrounded by a serene nature park.

Puebla is known for mole poblano, a chocolate-and-chili sauce which originated there, as well as its colorful streets and fun nightlife. At two and a half hours’ drive, it’s a popular getaway for Mexico City locals as well as tourists. Cholula is just west of the city of Puebla and home to the world’s largest pyramid by volume, Pyramide Tepanapa, as well as dozens of impressive colonial-era churches.

Nicknamed the City of Eternal Spring by 19th-century Prussian explorer Alexander von Humbold, Cuernavaca lives up to its reputation with a mild climate and lush vegetation surrounding the city. Aztec emperors are thought to have had summer residences there, and today’s visitors can explore the palace built by Hernán Cortés in 1535 that now houses a history museum or marvel at American artist Robert Brady’s art collection. Cuernavaca is conveniently located just an hour and a half away from Mexico City.

Like Cuernavaca, Valle de Bravo is a favorite retreat for many of Mexico City’s residents. Although it’s only two and a half hours’ drive out of CDMX, the cobblestone streets and lakeside boardwalk give this pueblo magico a laid-back, secluded vibe and the nearby Velo de Novia waterfall is the perfect natural pick-me-up. Hike La Peña lookout and watch the sunset over the lake or explore nearby Monte Alto State park to really get away from it all.

Querétaro’s popularity has soared in recent years, partly due to its proximity to the Tequisquiapan cheese and wine region and the Sierra Gorda nature reserve which can both be easily visited on either a road trip or organized tour. The city’s gorgeous colonial buildings, aqueduct, and the impressive regional museum are well worth the three-hour drive from Mexico City.

If the city of Querétaro is a little busy for your liking, consider a visit to Bernal. Bernal is a pretty pueblo magico, but its main claim to fame is the world’s third-biggest monolith which towers over the town. A three-hour drive from CDMX, Bernal is believed to be a center of spirituality due to the energy that emanates from the monolith. It also offers some more earthly pleasures in the form of a museum of sweets and chocolates, the Casa Museo del Dulce.

Mostly covered in oak and pine forests and home to coyotes, mountain cats, and other small mammals, El Ajusco has resisted the surrounding urban sprawl and remains one of the city’s truly wild escapes.

Mexico’s fourth highest mountain, El Nevado de Toluca, is also the country’s most accessible peak. A two-hour drive (or a reasonable bus-then-taxi journey) from Mexico City will bring you to the carpark right near the majestic lakes and craters that most visitors scramble up. The actual peak is a much more taxing hike and is largely without signage.

INSIDER TIPDespite Mexico City’s mild climate, El Nevado can be very cold and even receives snow (as the name suggests), so make sure to pack a scarf and gloves! The top carpark may also be closed due to snowfall in winter.

The white and terra-cotta buildings and the striking church of Taxco, nestled among the hills of the Pacific coast state of Guerrero, make it one of the nation’s most picturesque pueblos. You’ve probably heard of Taxco silver; there are plenty of artisan-made pieces available at good prices here, as well as a silver museum. Taxco is located around three hours’ drive from Mexico City.

From mid-November to March, hundreds of millions of monarch butterflies can be found at their wintering grounds in Mexico. The huge Monarch Butterfly Biosphere Reserve covers over 200 square miles, including several different areas that are open to the public. The quaint ex-mining town of Angangueo is a good base to visit the sanctuaries of El Rosario and Sierra Chincua, situated in a small canyon inside the butterfly reserve around three hours’ drive from Mexico City.