An increasingly popular tourist destination, Mexico City’s reputation hasn’t evolved as quickly as the city has. Contrary to what many think, Mexico City is not an inherently dangerous place to visit or live. As the most populous city in North America, the city has more personality than the average city, and a myriad of experiences to explore. As a first-time visitor, if you stick to the popular tourist zones or head to some of the less popular areas with a tour guide, your time in the city will likely remain issue free. In the most tourist-traversed areas of the capital, the most prevalent danger you’re likely to run into is petty theft. With that in mind, here’s our advice for staying safe in the capital.

When traveling on public transportation in Mexico City keep your wits about you and take the same precautions you would take in any major city. Keep your valuables secured, and look out for pickpockets.

For women traveling alone, or with other women and children under 12, take advantage of the women-only cars in the city’s Metro system. Designed to reduce sexual harassment on public transportation, they are usually found at the front of trains and have segregated waiting areas. 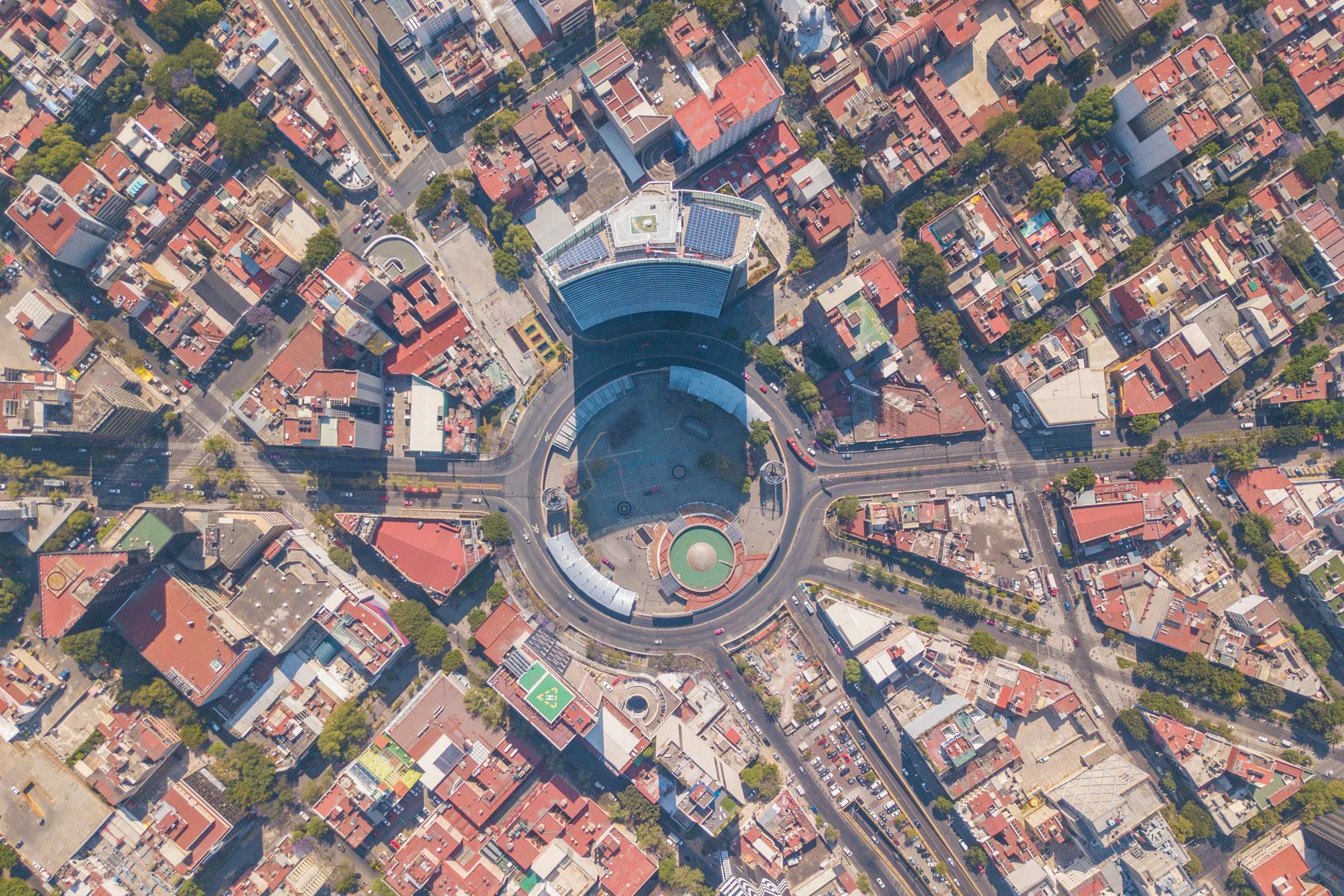 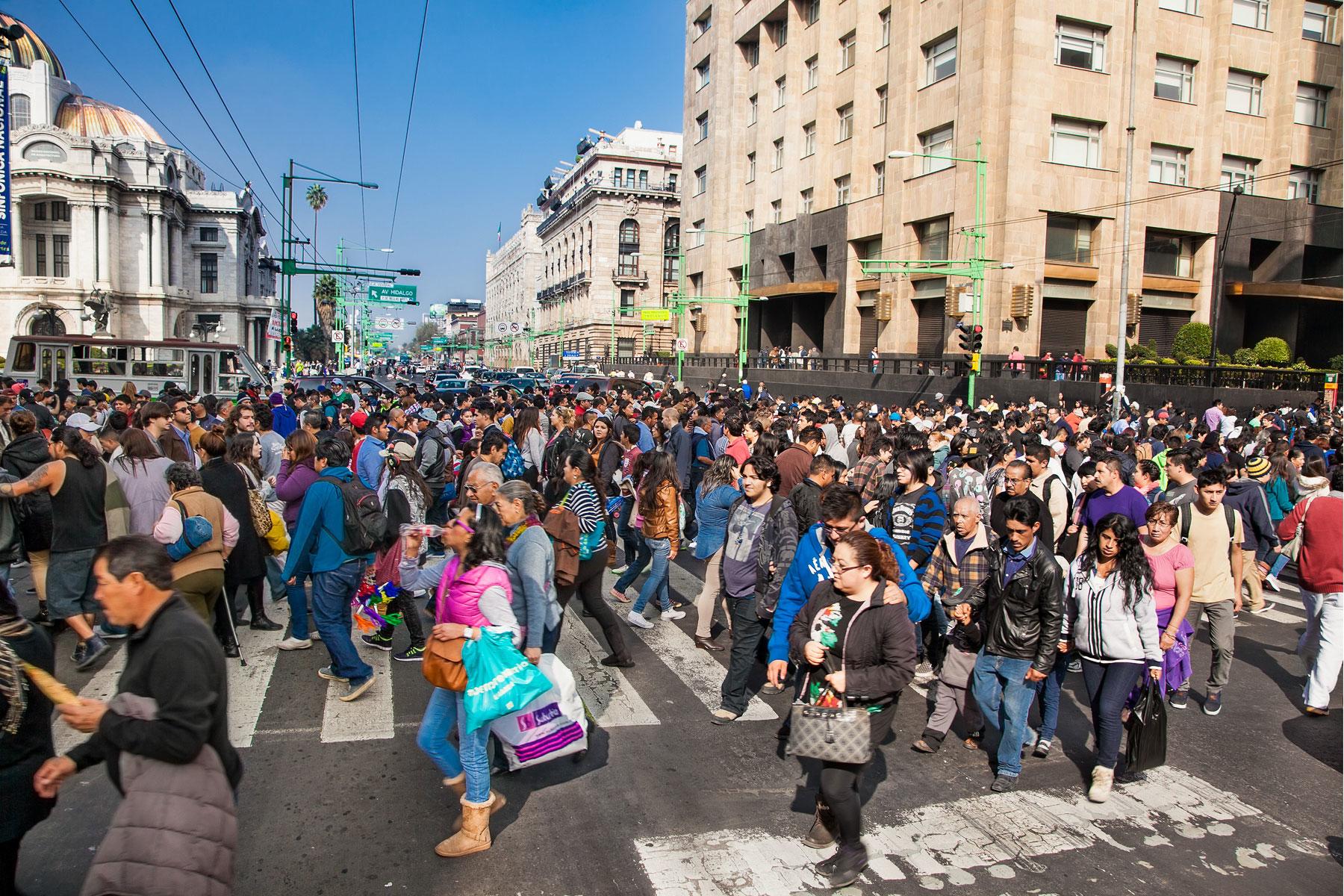 Safety in Taxis and Private Cars

To stay safe when using taxis in Mexico City, look for taxi stands rather than flagging cars on the street. Official taxis and drivers should have white license plates and their laminated license card displayed on the window. And remember to ask whether they have a “taxímetro” (a meter) before hopping in.

If you want to avoid local taxis there are numerous ride-sharing services available in the city, including ones you’ve probably used before like Uber.

Safety on the Street

When you’re wandering around Mexico City, marveling at the Art Deco architecture and snapping photos of the street murals, it’s easy to get swept away. This is especially true in the most popular tourist neighborhoods, like Roma, Condesa, the historic center, and Coyoacán. However, the look and feel of a neighborhood can change very quickly here.  Avoid mindless wandering when exploring and don’t do anything you wouldn’t do at home.

Cars are king in Mexico City. Err on the side of caution, always look both ways when crossing the street, and never assume that vehicles will give you the right of way.

This is not common, but if you’re walking on the streets late at night (usually after 2 a.m.), you may come in contact with police officers attempting to shake you down. Do not leave a well-lit area for a darker area, even if the police ask you to walk there with them.  Record as much of the interaction as you can, get the attention of other people on the street while remaining calm, and resist any requests to pay a “fine.”  A safer option is to take a rideshare home when leaving any late-night activities.

Most definitions of safety omit food (and drink) safety. However, this isn’t something to ignore in a city that’s renowned for its dining and street food scenes.

First and foremost, look for busy street food stalls. If it’s popular, there’s a reason (and that reason ain’t salmonella). Beyond that, you’ll want to see that meats are cooked fresh (rather than piled up waiting to be served) and that the vendors regularly wash their hands. Running water is a plus but not a given.

When drinking, make sure beer bottles are opened in front of you, and don’t drink the Mexico City tap water.

Tips for Keeping Yourself Safe

We’ve hinted at how to keep yourself safe in most of the above sections, whether that’s by not leaving phones laying on tables when eating or not strolling down empty backstreets; however, the best advice is to learn some rudimentary Spanish. Not only will this help you if you do fall foul of a scam or get pickpocketed on the metro but it will also help you move with (a little more) confidence through the capital. 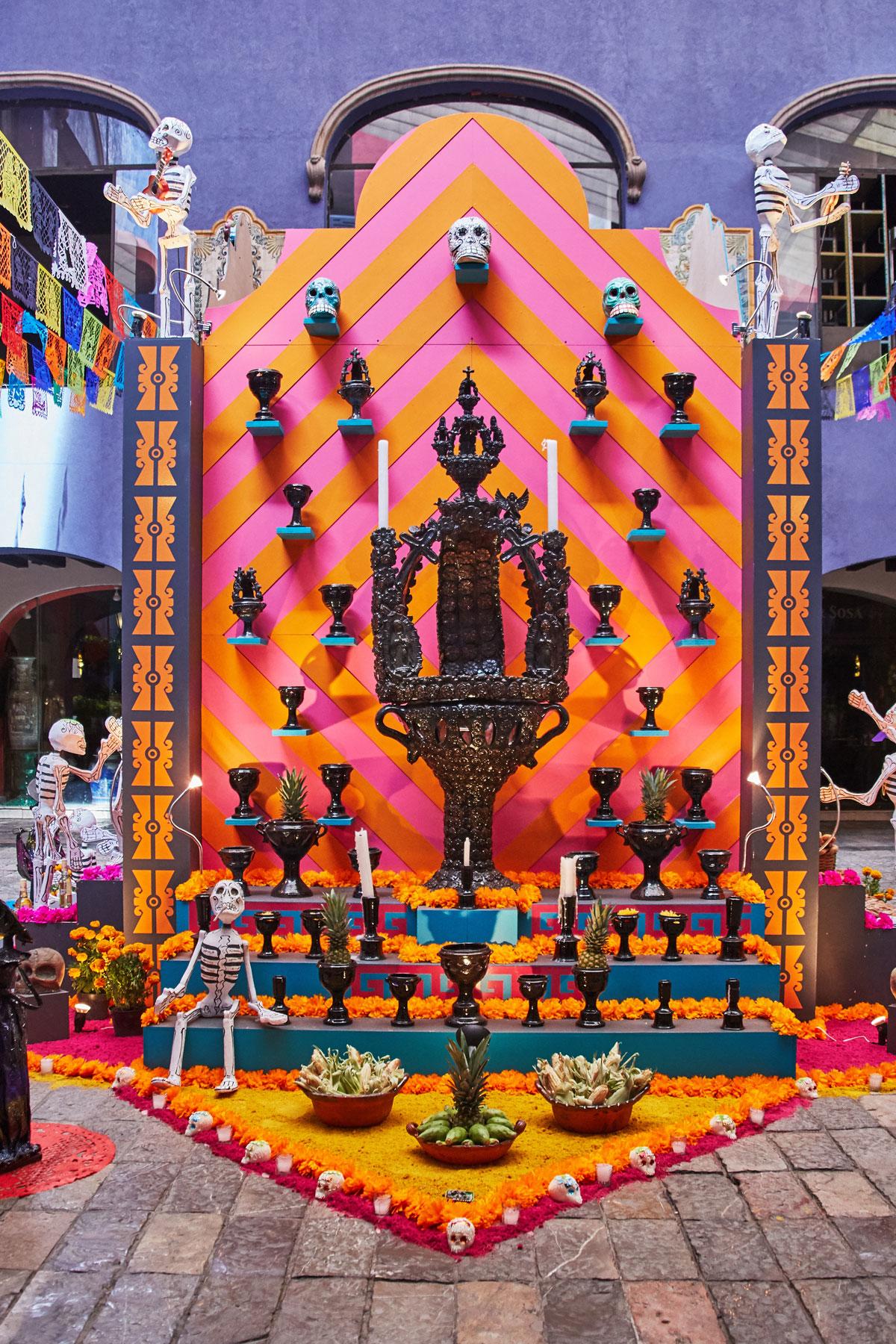 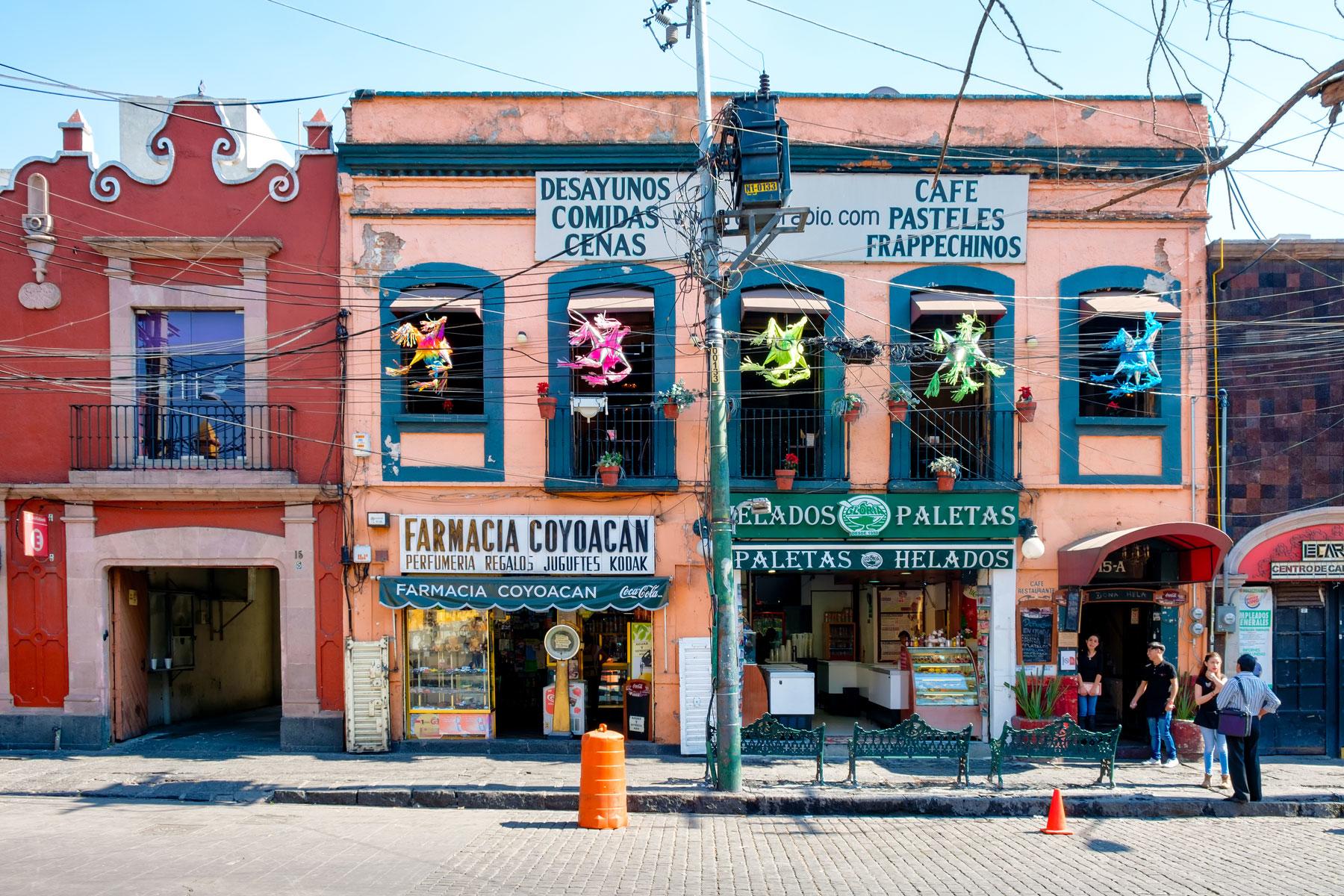 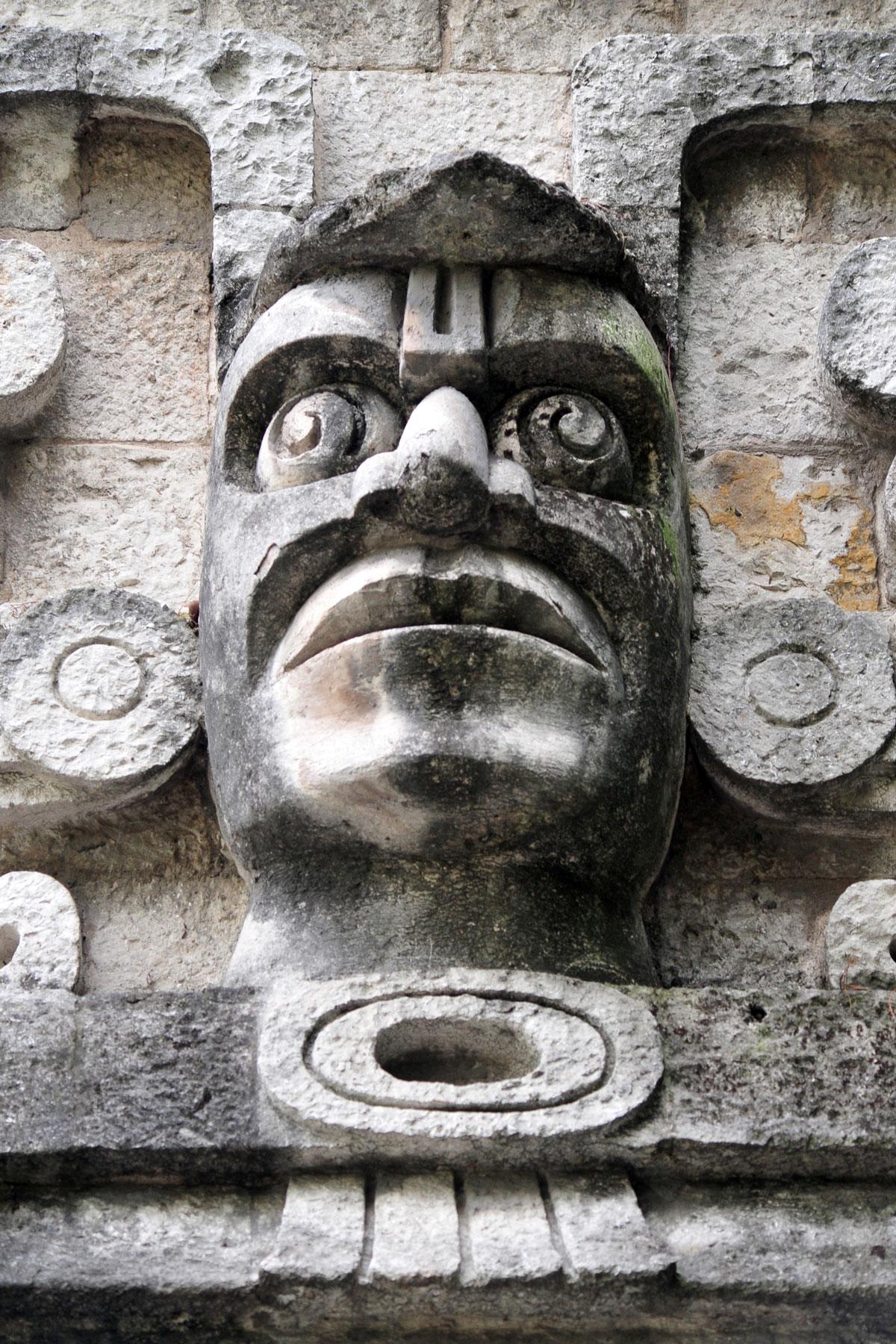 What if Something Does Happen?

Let’s say you do get mugged. Or pickpocketed. What now? Keep calm. Easy in theory, but tough in practice, but your safety is more important than your belongings, so hand over your phone and hand over your cash. Then, find the nearest phone or business and call 911 (the same number as in the United States). Then, cancel any cards and change any passwords, as necessary. If they took your passport, contact your embassy. Finally, report the crime and make a statement at the nearest police station because you’ll need one to file an insurance claim.

Is It Safe to Drive in Mexico City?

Driving in Mexico City is generally safe, but unnecessary, stressful, and possibly misguided. After all, plenty of affordable public transport options exist in this already traffic-clogged city.

Drivers in Mexico City take a very liberal interpretation of the rules of the road. Expect left turns from the far right lane and vice-versa.

A visit to Mexico City means you’ll be sitting in traffic quite a bit, traveling down unknown roads, and dealing with informal driving customs.  If you can choose between driving and being driven, I suggest letting a local expert take the wheel.

Is It Safe in Mexico City?

Yes. And no. I’m generally skeptical of anyone who gives a blanket “Mexico City is totally safe/unsafe!” assessment because, like any big city, there are questionable neighborhoods and lurking dangers.

Having said that, in the spots you—a tourist—will likely visit, that answer skews more to the “yes, Mexico City is safe” side of things.

Sure, keep a low profile and watch out for pickpockets. Take reasonable precautions to keep yourself safe, like keeping a constant eye on your things when out and about and maybe leaving that hefty DSLR in the hotel when you go out at night. But don’t let unwarranted, all-consuming fear deter you from visiting one of the coolest cities in the world.

We're actually relocating from Los Angeles to Mexico City because we feel safer there. Violent crime in LA is up 50% with frequent home invasions, armed robbery in broad daylight, and ddialy violence on the Metro.