A trip to San Ignacio, Belize, isn’t just a vacation—it’s a heart-pounding escape.

I don’t necessarily consider myself an adventurer. At a young age, movies served as my adrenaline fix: beefy heroes jumped from ledges, confronted threatening wildlife, and uncovered mysterious secrets–I never considered I might one day come close to experiencing anything as remotely exciting.

But after having the opportunity to explore San Ignacio, Belize, go ahead and put me on the same page as the leading heroes of Hollywood. I didn’t quite fall into a pit of insects, face off against bandits, or escape the lair of a weird alien. But there were tarantulas! Dark, tight caves and ancient Mayan ruins! Horse rides through the jungle! Looking for an exhilarating adventure with all the trimmings of a luxury vacation? San Ignacio summons you.

Where Mayans Play Murderball and the Losers Are Sacrificed

A stroll through Cahal Pech–one of several former Mayan cities filled with ruins that can be toured in Belize–reveals the Maya civilization was incredibly advanced. The city’s name translates to “Place of Ticks,” referring to the land around the area then used as pastures. According to reports, the city was lively from 1100 BCE to 850 AD. Think this sounds relatively tame? Think again. 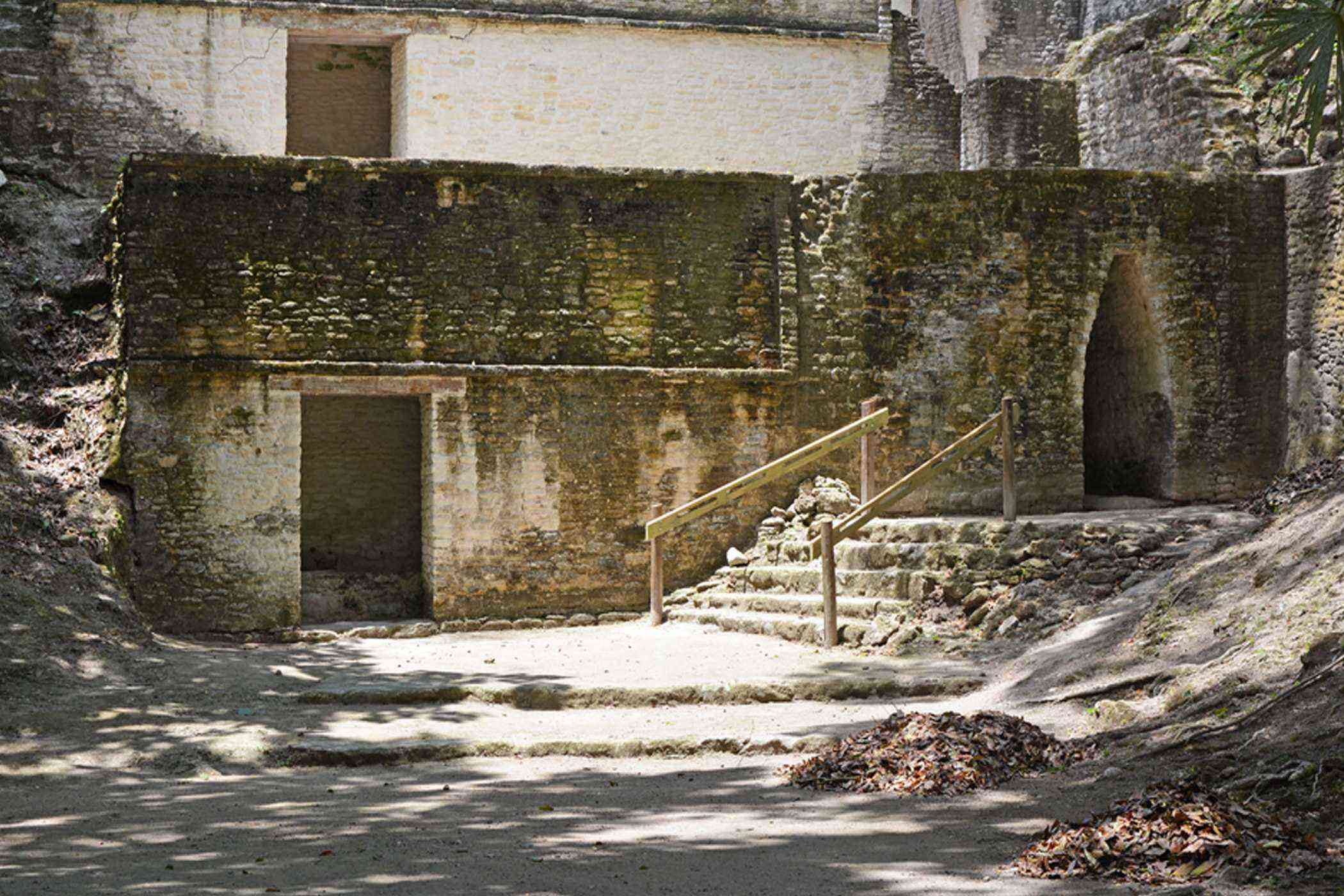 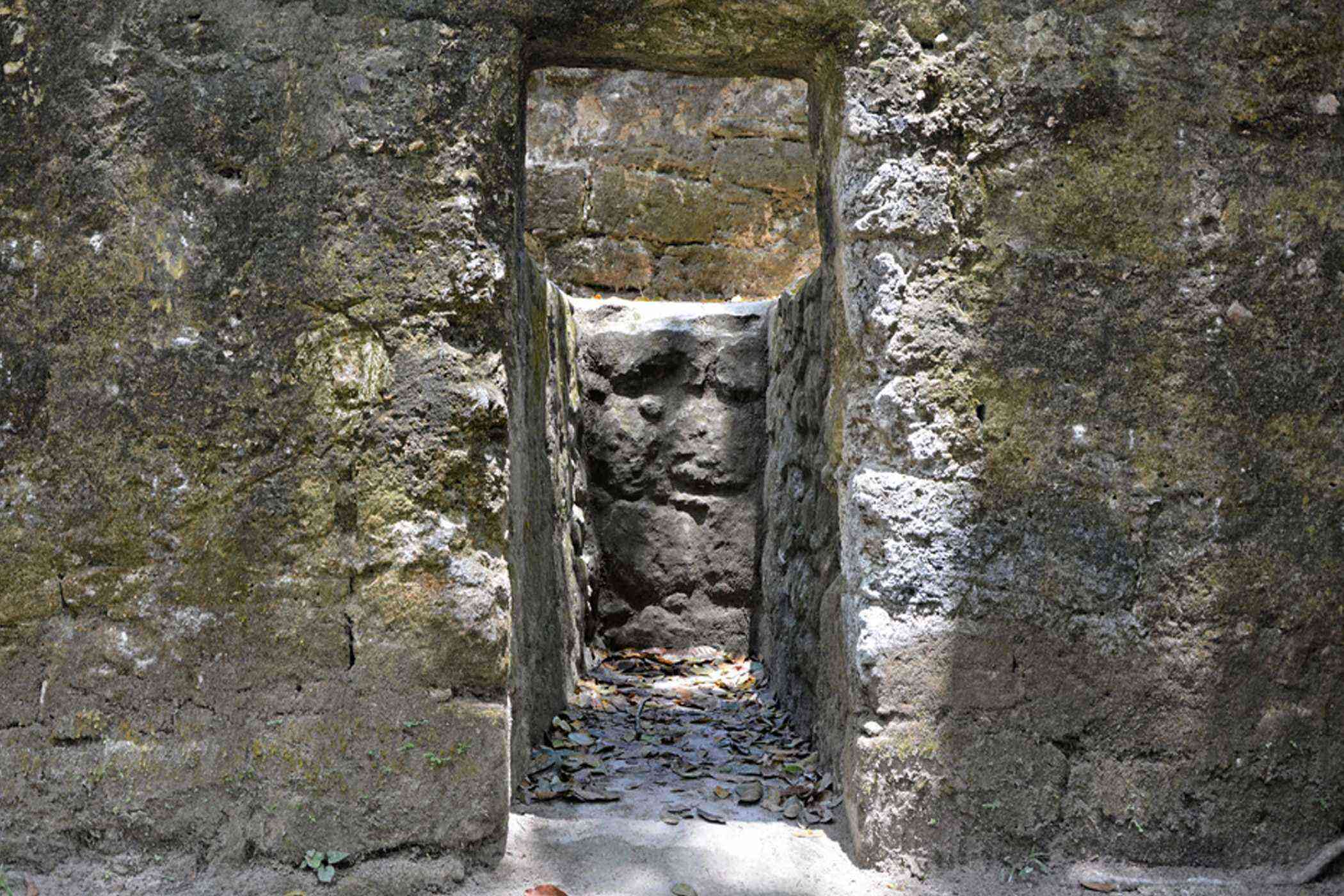 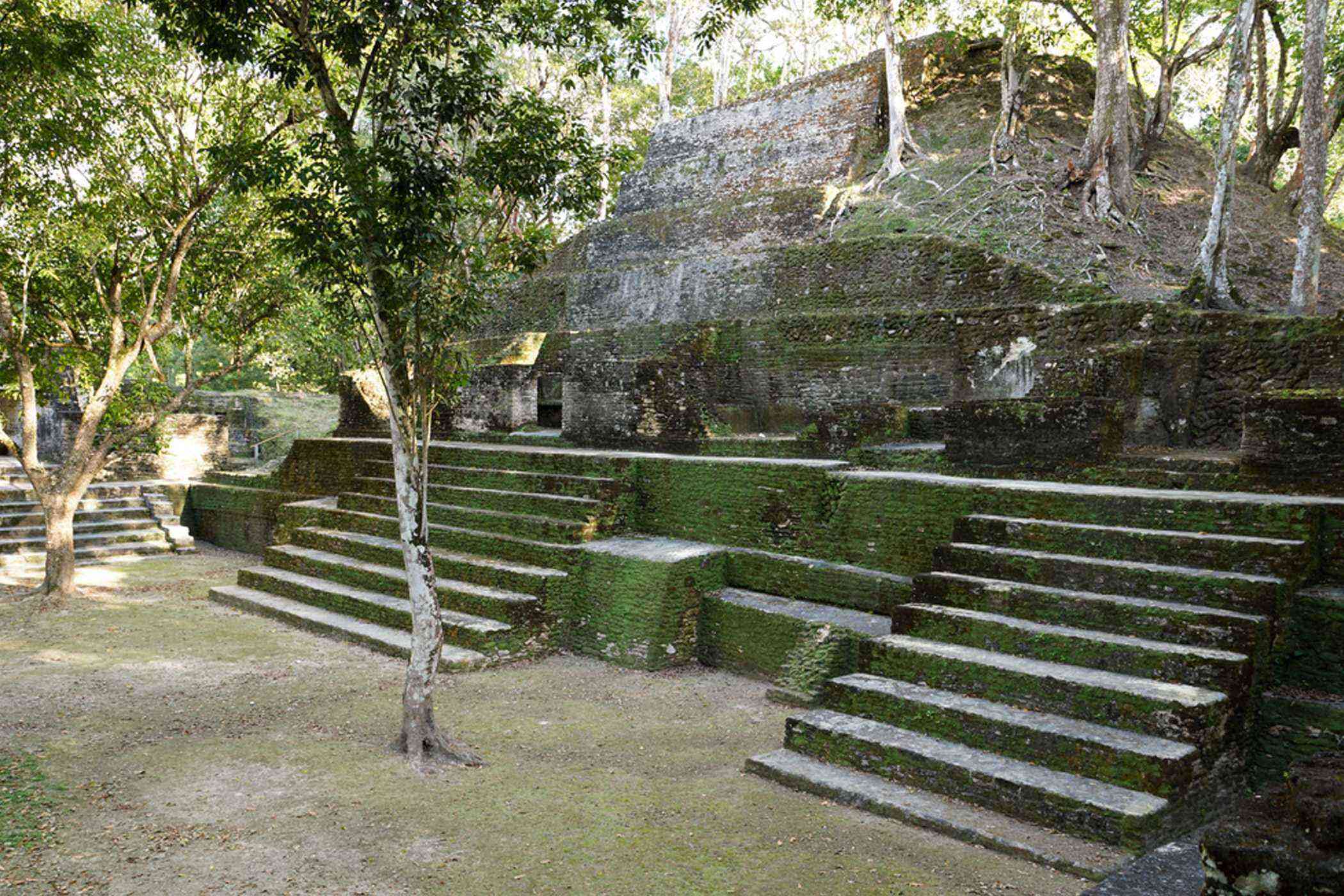 Players used shields to protect themselves from a bone-breaking rubber ball, and the losing team was sacrificed to the gods.

Sights include intricate hallways, a steam room, and even a sports arena where the ancient peoples engaged in a game that sounds something like a deadly mix between rugby and basketball. Players used shields to protect themselves from a bone-breaking rubber ball, and the losing team was sacrificed to the gods. 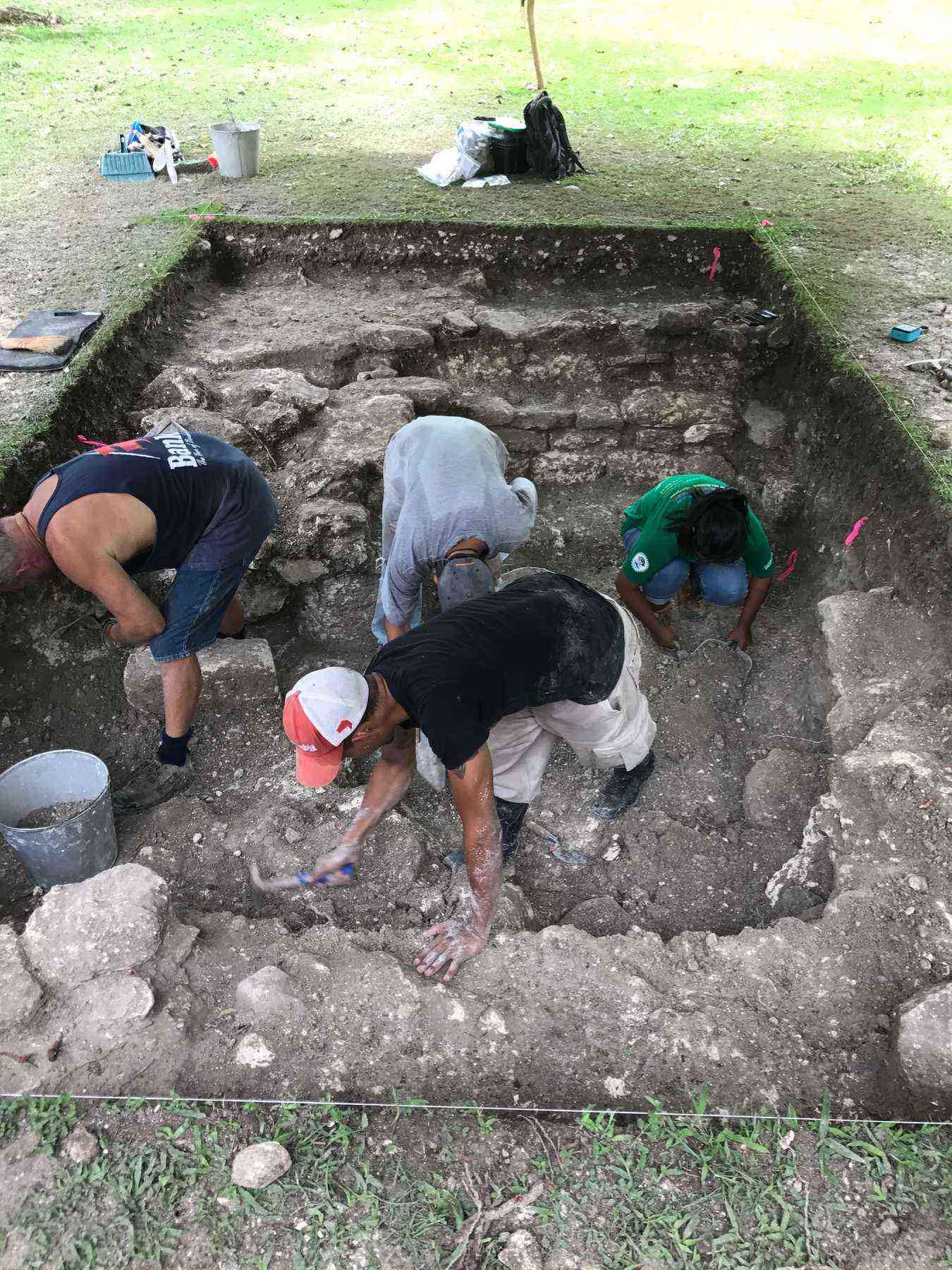 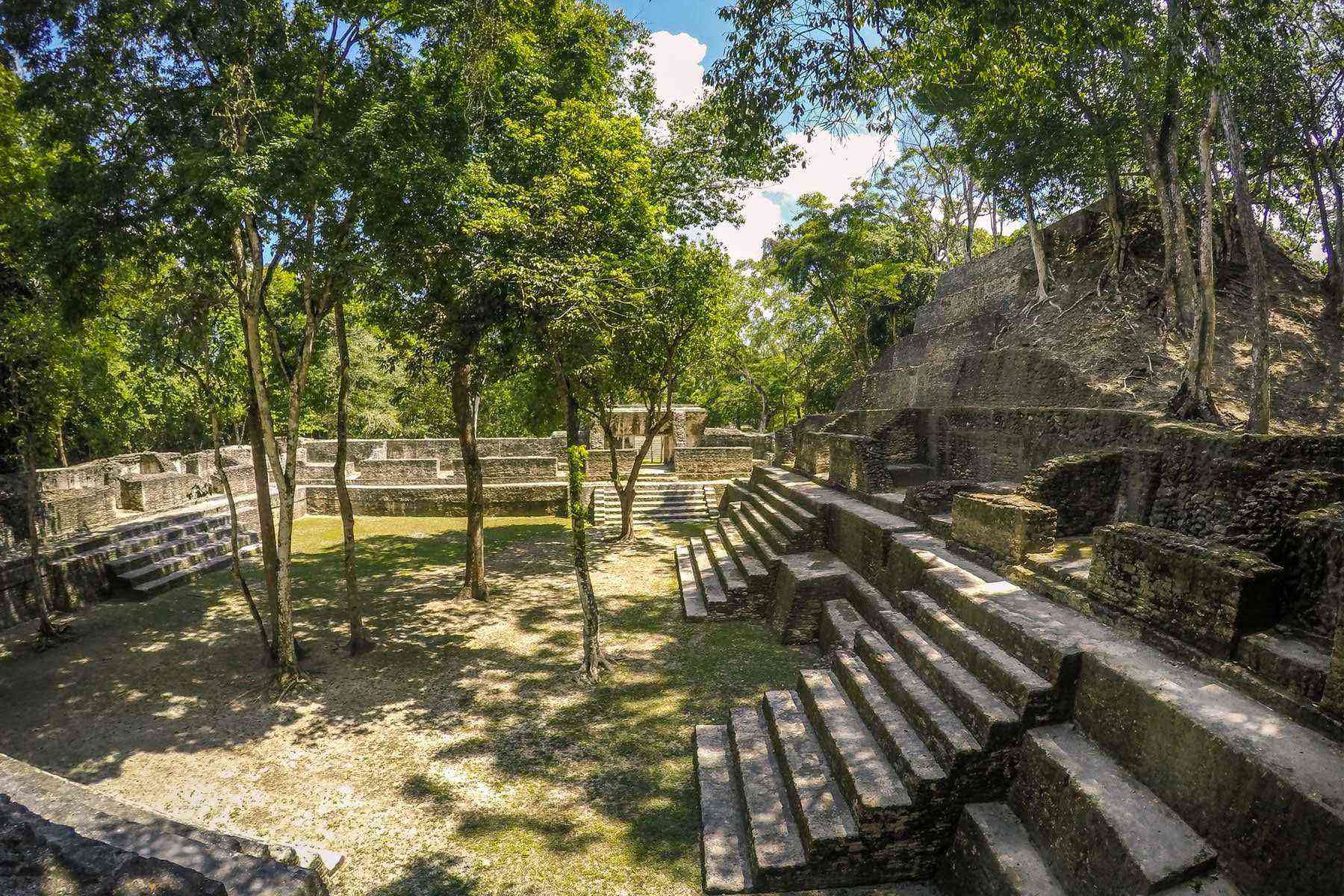 You are also likely to spot teams of archeologists looking to uncover even more secrets and insights (concerning ancient violent sports and more) all year-round. Whether you’re a history buff or not, prepare to be blown away.

A clear walkway welcomes visitors into the cave at Blue Hole National Park. The head-lamp fastened tightly initially felt a bit unnecessary as I made my way through the palatial, airy entrance. But as I ventured further (with the aid of a knowledgeable guide), the path narrowed. And then it slimmed again–and again. Then I was on my hands and knees crawling through the tight formations previously navigated by the Maya peoples. 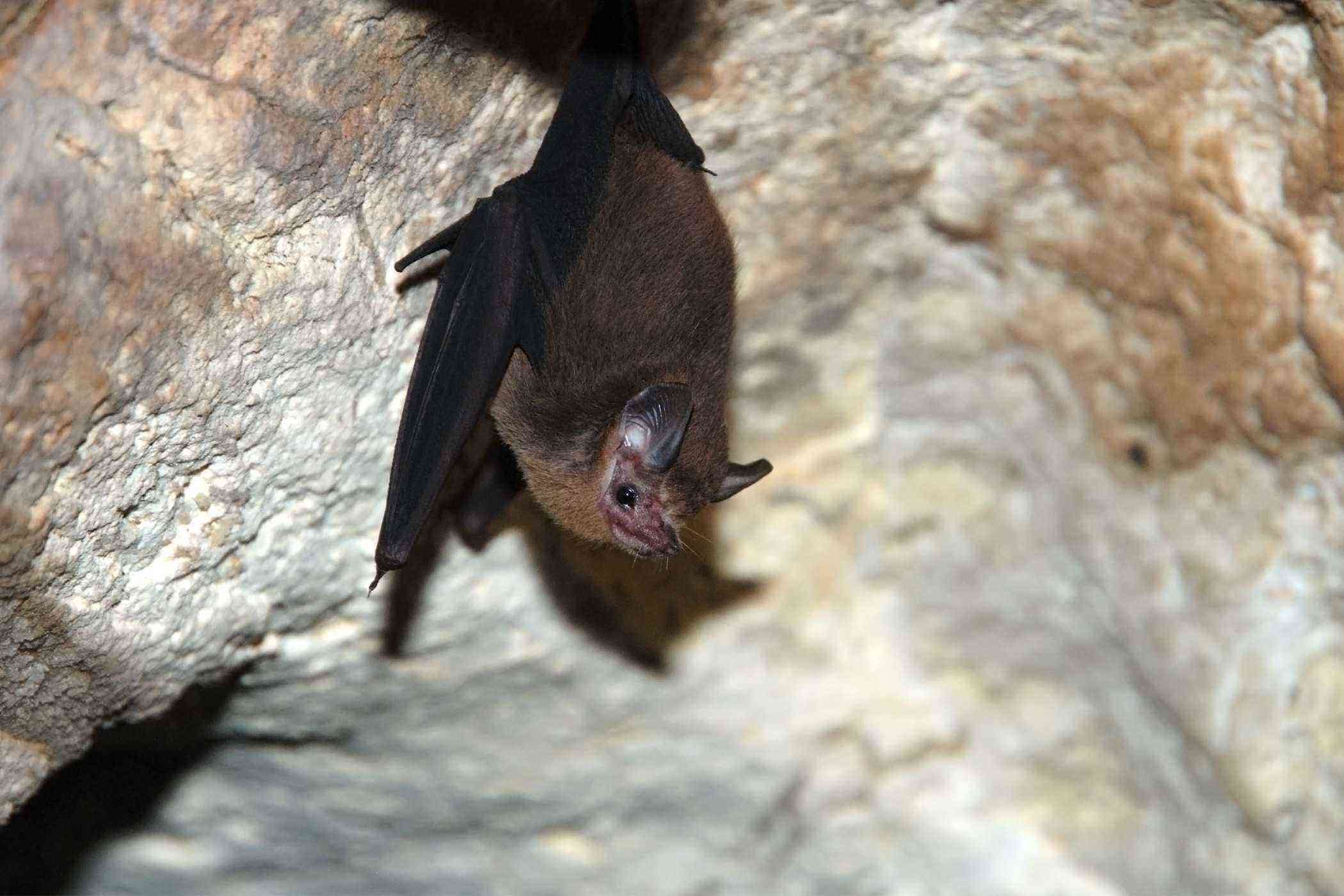 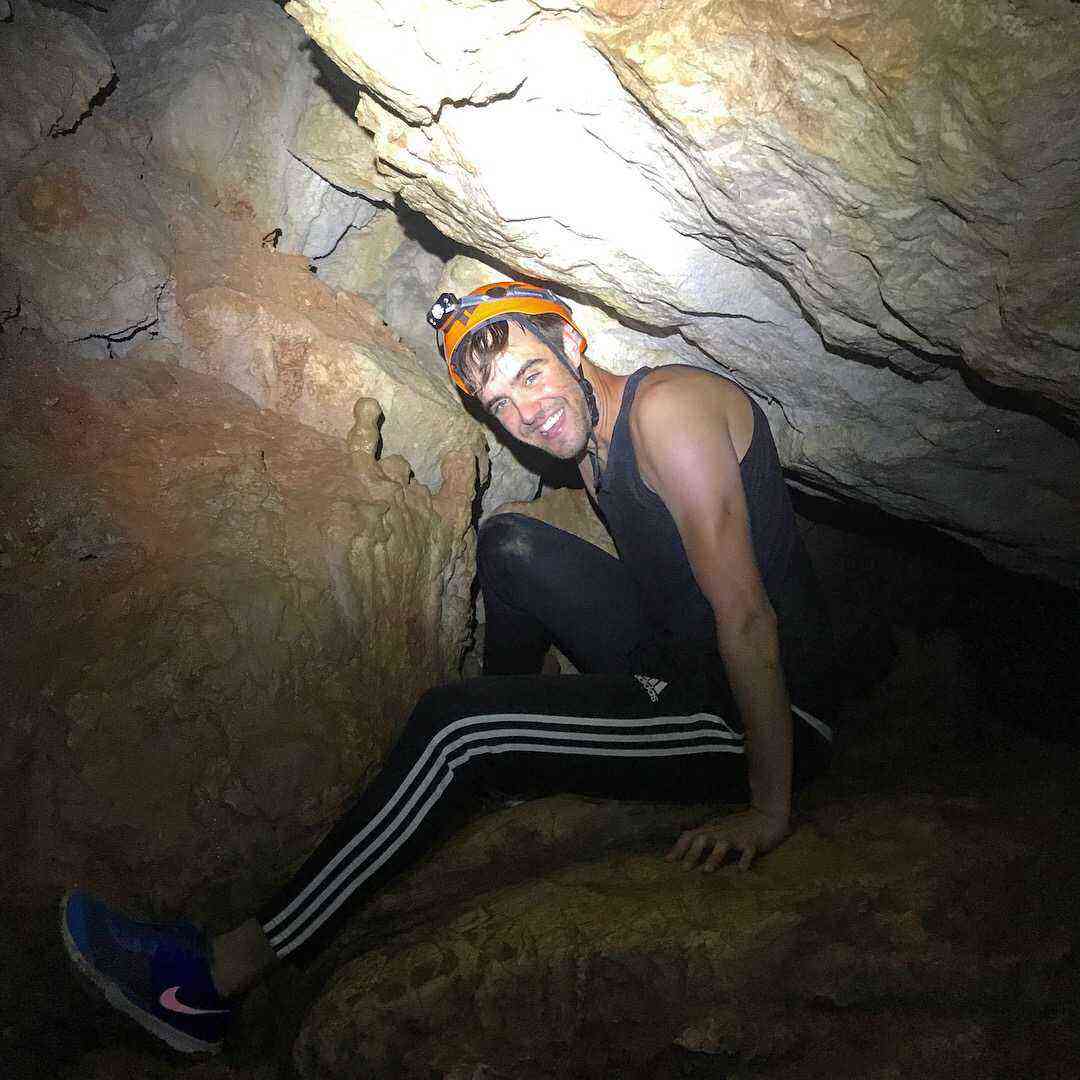 The path narrowed. And then it slimmed again–and again.

I continued shimmying through a series of cracks in walls. Dust flared up in front of my head-lamp, creating an eerie effect that only amplified the tension produced by my pitch-black surroundings–something I had only experienced second-hand via suspense-filled flicks. “How long has claustrophobia been a thing?” I thought to myself, because surely the Mayans did not have time for such nonsense.

This climb is not for the faint of heart, but I did feel a sense of discovery with nearly every step, magnified by shimmering stalagmites and the Mayan ceramic artifacts. After about an hour, the cave slowly started to open back up (though I was still hesitant to look down) and we exited through an opening nearly as grand as the entrance. Still alive.

Not dissimilar from my start at Blue Hole National Cave, the ride–led by Arran of MET Adventure Outfitters–a two-hour trip on horseback through the Belizean jungle seemed initially very standard and straightforward. About 10 minutes into the trip, Arran (also on horseback) began parting trees and brush with his giant machete to alter the course with the rest of the group tailing. What followed was a lesson on “What might help you survive if you ever find yourself trapped in the Belizean jungle.” 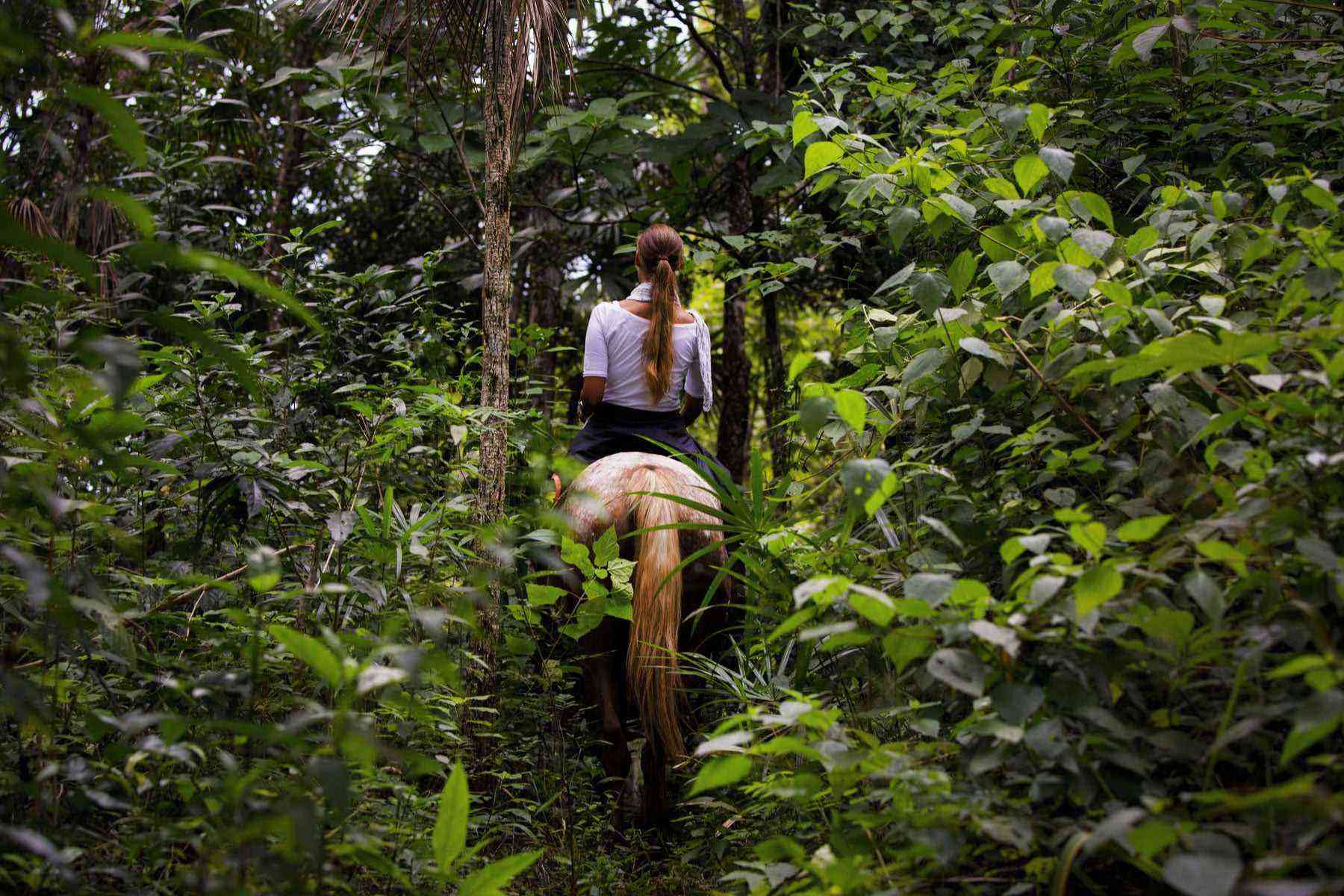 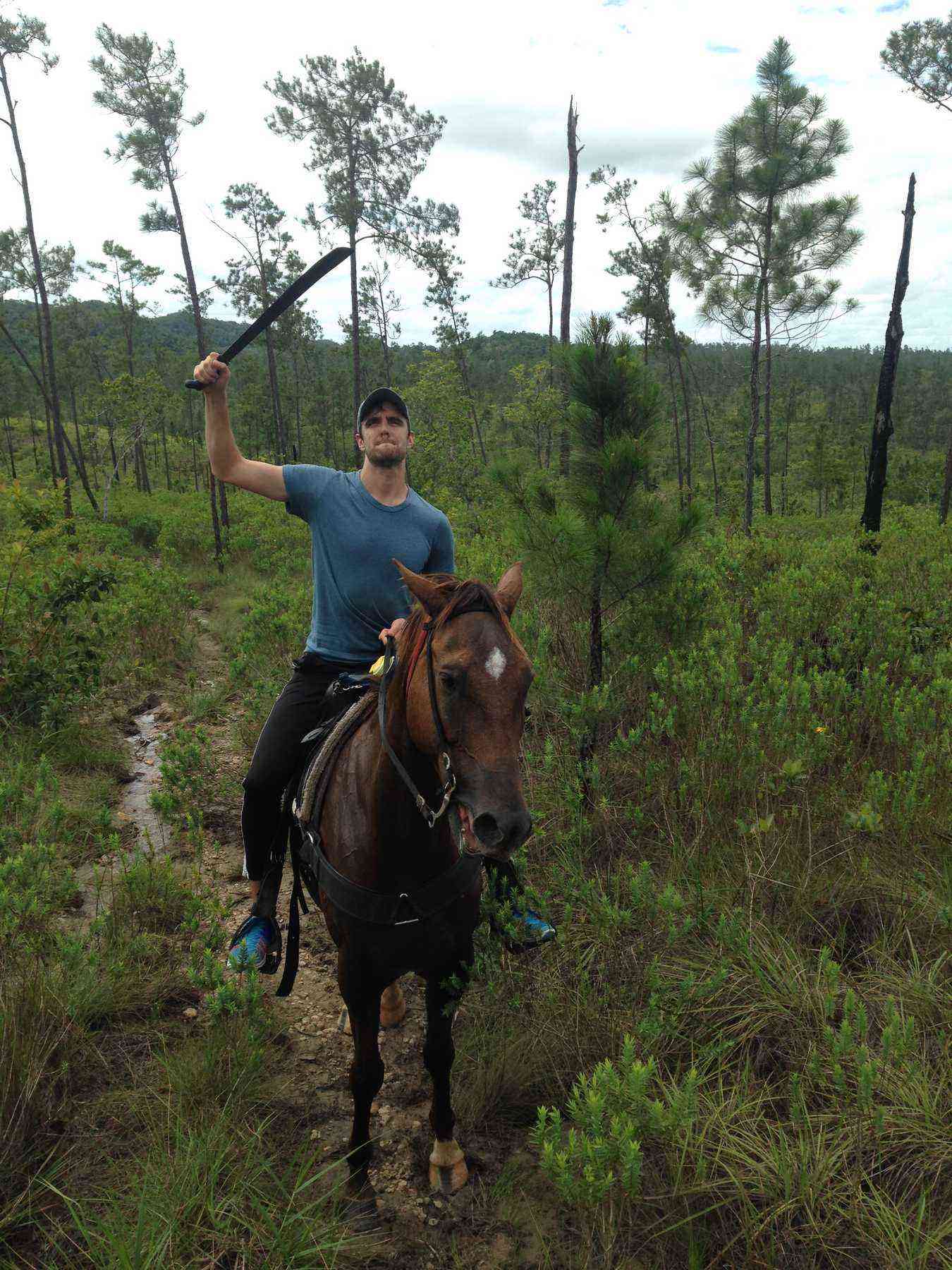 The survival education included trees that produce drinkable water, inconspicuous but indispensable fruits and vegetables hidden in the bush, and all-natural salve for whatever might smart. Also inconspicuous were the botflies–an insect that lays its eggs under your skin– and stealthy snakes.

What followed was a lesson on “What might help you survive if you ever find yourself trapped in the Belizean jungle.”

The landscape, on the other hand, couldn’t have been more startling. Initially serving serious Amazon vibes, the ecosystem changed throughout the course of ride developing into a region not unlike Appalachia, and finally turns into fields that wouldn’t be out of place in the Midwest. 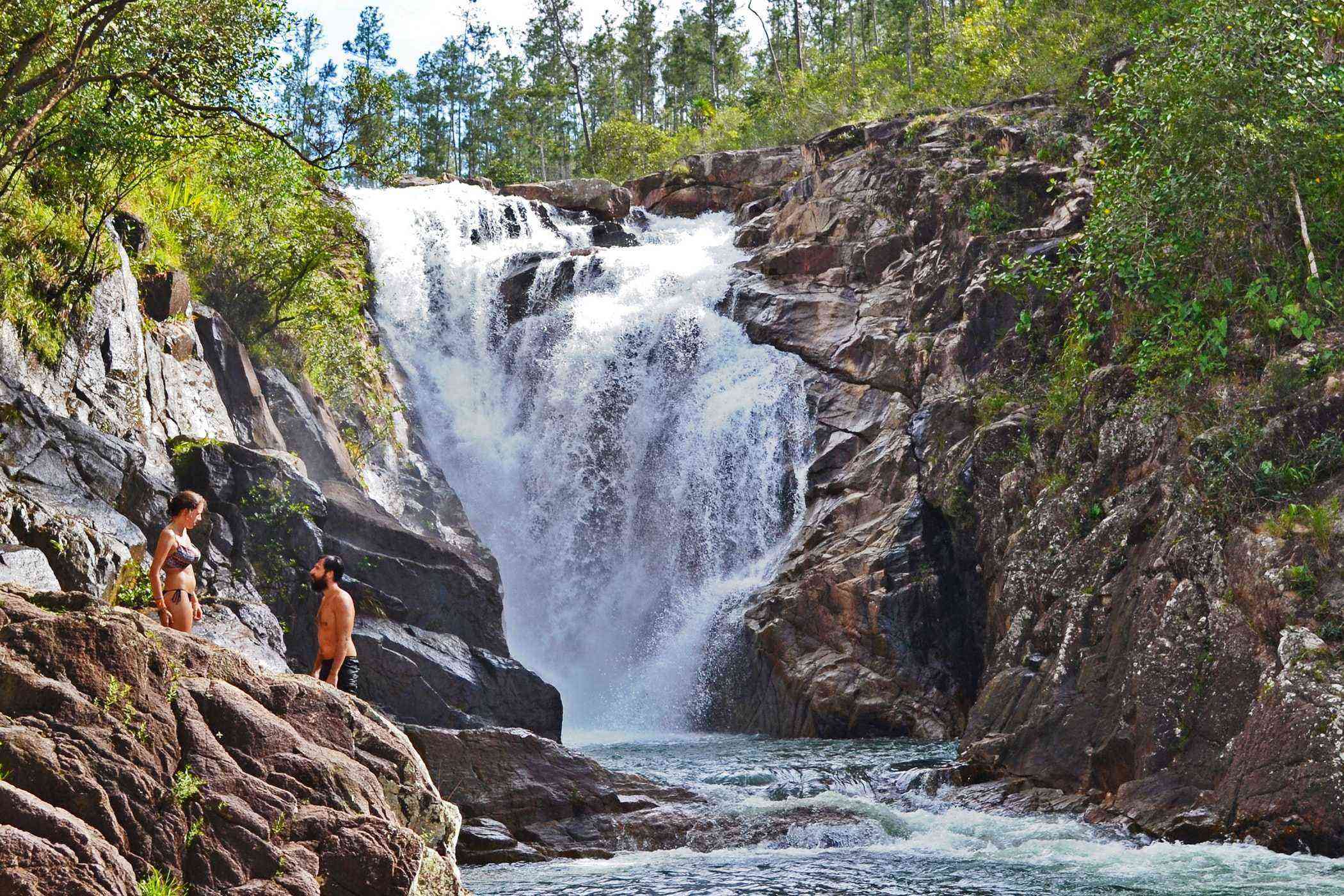 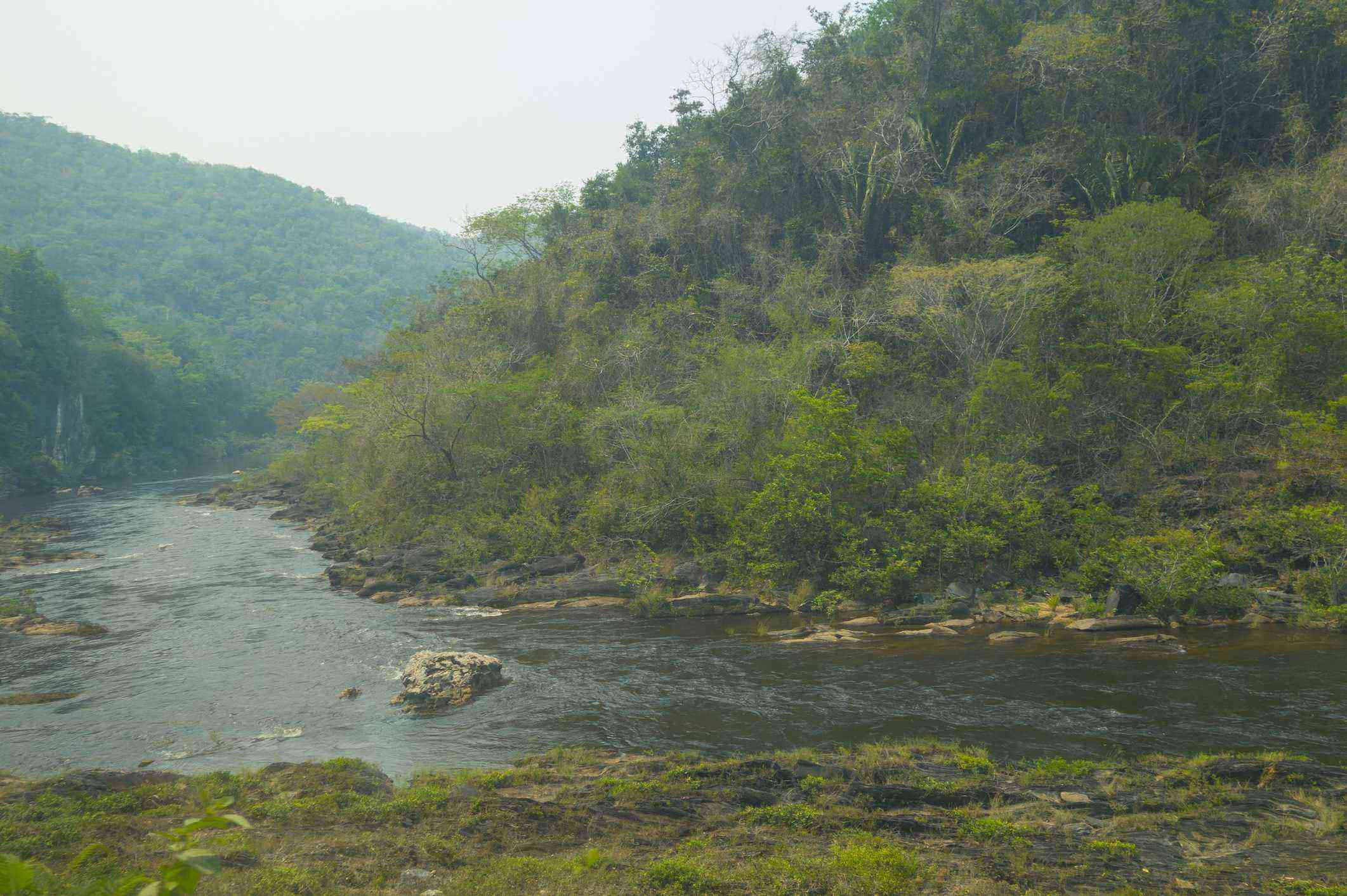 While my attempts to canter were only barely successful (I do not recommend this speed for those who are not experienced riders), the astonishing waterfall at our journey’s end was worth the mild discomfort.

Coming Face to Face With Dinosaurs With Far Too Many Appendages

Though I had never met an iguana face-to-face, I’d always been intimidated by their scaly skin and deliberate movements, seemingly ready to pounce at any moment. And then I met a few at the Green Iguana Conservation Project, located in the San Ignacio Resort Hotel’s backyard. They’re kinda cute, and their cool, calm demeanor is totally admirable. 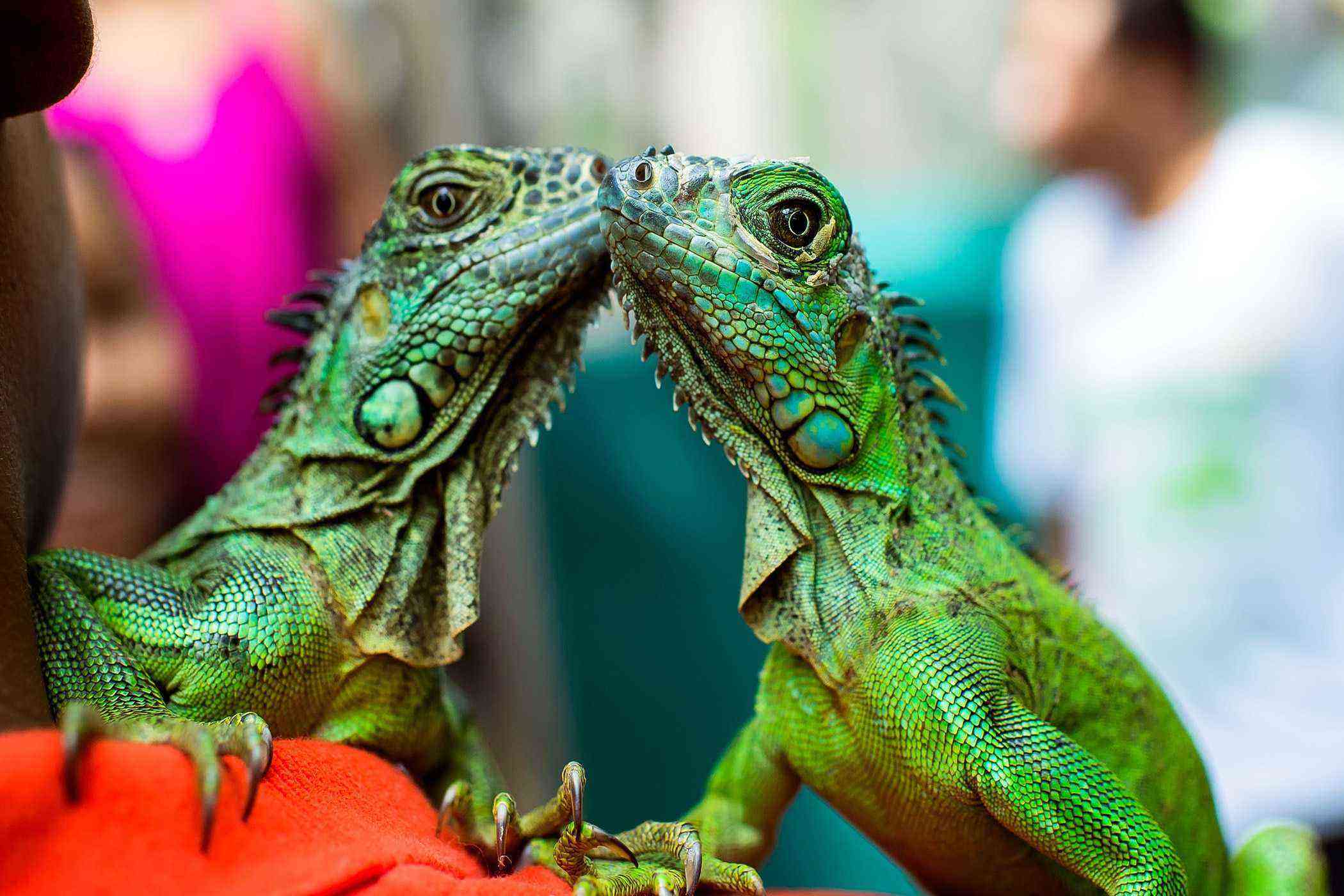 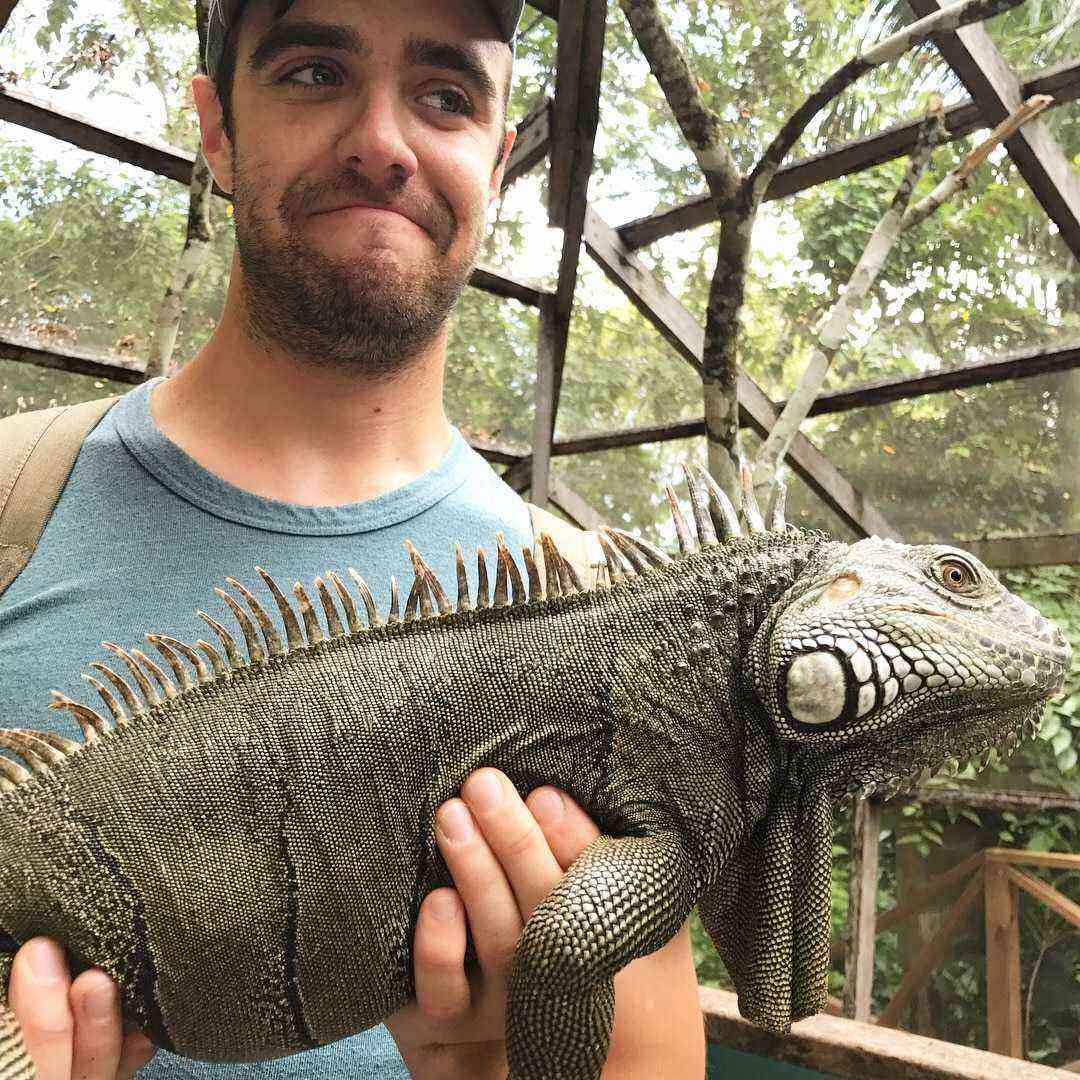 Perhaps most intriguing of all–male green iguanas have two penises.

As you observe the leaf-eaters–and/or handle if you so choose–a friendly expert named Nigel feeds you fascinating information about the vegetarian buddies: Did you know green iguanas have six eyes? Or that by controlling the temperature of a green iguana’s environment, you can determine its sex (the cooler the temperature, the more likely you are to produce a female)? Green iguanas can live up to 25 years in the wild and 35 years in successful captivity. Perhaps most intriguing of all–male green iguanas have two penises! It’s a wild world out there when you get up off the couch.

And good news: I’m not dead. In fact, I’d do it all again! Sometimes you need to get out and live a little–an adventurous trip back to nature in Belize is just that.