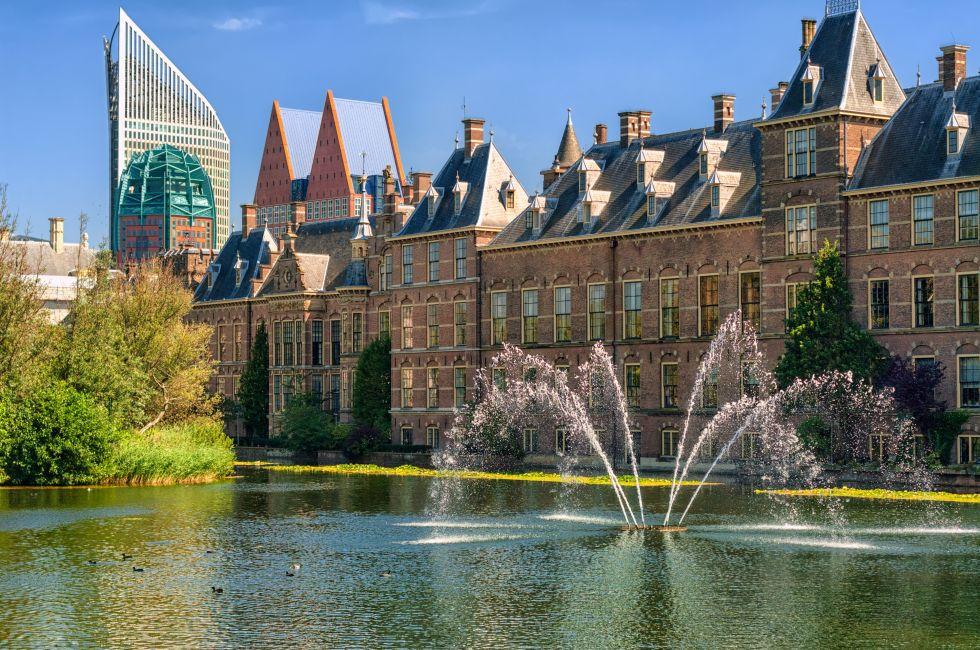 It's easy to see The Hague as nothing more than Amsterdam's prissy maiden aunt—it's the Netherlands' seat of government, home to the Dutch royal family, and site of the International Court of Justice. Most foreign embassies are located here, too.

Yet The Hague doesn't have the honor of being the national capital, a fact that delights Amsterdammers and confounds quiz teams globally. While it seems at first that the city has been handed all the serious tasks to get on with while Amsterdam has all the fun, those who experience the city up close will find a lively metropolis that is both elegant and quirky. Take the time to explore a little and you'll encounter more than 25 public parks, plus a maze of narrow winding streets where contemporary architecture sits comfortably and unabashed beside grand 17th-century mansions. For a time out, relax at sidewalk cafés and watch as they fill with a stream of civil servants and diplomats spilling out from the offices all around the 13th-century Ridderzaal (Knights' Hall), the centerpiece of the parliament. Visit the galleries and museums here and you'll find no end of masterpieces by the likes of Rembrandt and Johannes Vermeer, or the dazzling optical conundrums of Dutch graphic artist M. C. Escher, whose logic-defying creations appear to bend the laws of physics.

If you should find yourself tiring of The Hague's grace and charm, seek out its brasher Siamese twin, neighboring Scheveningen, once a fishing port, now a tacky beach resort par excellence. Here you can lose your shirt in the city's casino—or lose your dignity by taking a dip in the stupendously icy waters of the North Sea.

The Hague's official name is 's-Gravenhage (literally "The Count's Hedge"). It hearkens back to the 13th century when the Count of Holland's hunting lodge was based here, in a village then called Die Haghe. To the Dutch, the city is known simply as Den Haag, and that's the name you'll always hear used on the street.