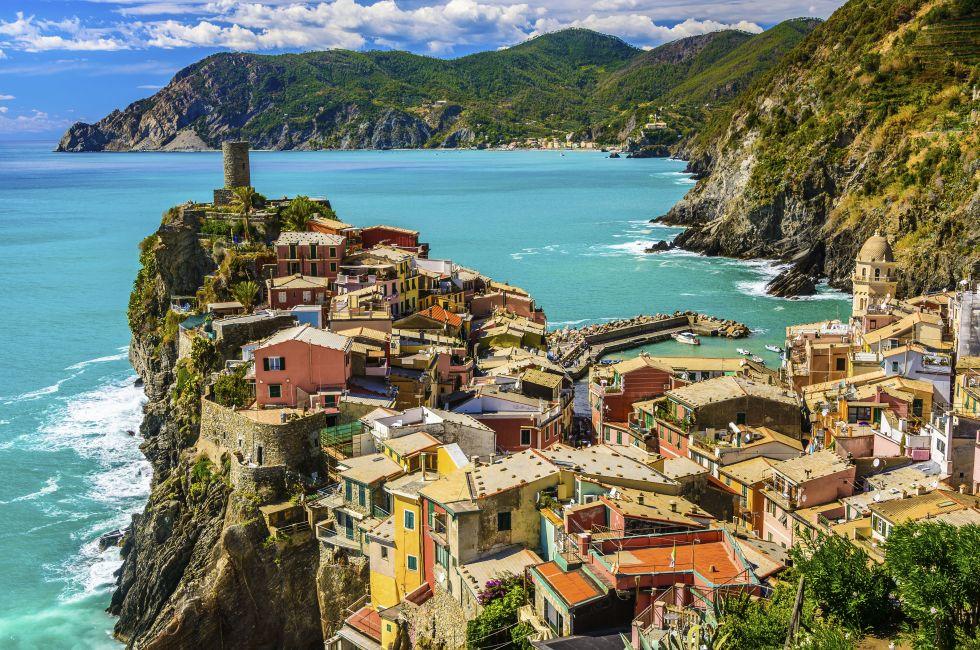 "Charming" and "breathtaking" are adjectives that get a workout when you're traveling in Italy, but it's rare that both apply to a single location. The Cinque Terre is such a place, and this combination of characteristics goes a long way toward explaining its tremendous appeal. Sadly, in late October 2011, violent rains and subsequent mud slides caused the deaths of several people and basically washed out Monterosso al Mare and Vernazza, the two most northern towns (and, arguably, the prettiest). Subsequent storms since then have resulted in the closure of many trails on the Sentiero Azzurro. At this writing, only the trails between Corniglia–Vernazza and Vernazza to Monterosso were functioning. The hope is that one day all trails will once again be walkable, and the train that connects the towns will again be able to connect all five.

The area is made up of five tiny villages (Cinque Terre literally means "Five Lands") clinging to the cliffs along a gorgeous stretch of the Ligurian coast. The terrain is so steep that for centuries footpaths were the only way to get from place to place. It just so happens that these paths provide beautiful views of the rocky coast tumbling into the sea, as well as access to secluded beaches and grottoes. Backpackers "discovered" the Cinque Terre in the 1970s, and its popularity has been growing ever since. Despite summer crowds, much of the original appeal is intact. Each town has maintained its own distinct charm, and views from the trails in between are as breathtaking as ever. Hiking is the most popular way to experience the Cinque Terre, and Trail No. 2, the Sentiero Azzurro (Blue Trail), is the most traveled path. To cover the entire trail is a full day: it's approximately 13 km (8 miles) in length, takes you to all five villages, and requires about five hours, not including stops, to complete. The best approach is to start at the easternmost town of Riomaggiore and warm up your legs on the easiest segment of the trail. As you work your way west, the hike gets progressively more demanding. For a less strenuous experience, you can choose to skip a leg or two and take the ferry (which provides its own beautiful views) or the inland train running between the towns instead. Trail No. 2 is just one of a network of trails crisscrossing the hills. If you're a dedicated hiker, spend a few nights and try some of the other routes. Trail No. 1, the Sentiero Rosso (Red Trail), climbs from Portovenere (east of Riomaggiore) and returns to the sea at Levanto (west of Monterosso al Mare). To hike its length takes from 9 to 12 hours; the ridge-top trail provides spectacular views from high above the villages, each of which can be reached via a steep path. Other shorter trails go from the villages up into the hills, some leading to religious sanctuaries. Trail No. 9, for example, starts from the old section of Monterosso and ends at the Madonna di Soviore Sanctuary. Entrance tickets for use of the trails are available at ticket booths located at the start of each section of Trail No. 2, and at information offices in the Levanto, Monterosso, Vernazza, Corniglia, Manarola, Riomaggiore, and La Spezia train stations. The local train on the Genoa–La Spezia line stops at each of the Cinque Terre and runs approximately every 30 minutes. Tickets for each leg of the journey (€1.30) are available at the five train stations. In Corniglia, the only one of the Cinque Terre that isn't at sea level, a shuttle service (€1) is provided for those who don't wish to climb (or descend) the hundred-or-so steps that link the train station with the cliff-top town. Along the Cinque Terre coast two ferry lines operate. From June to September, Golfo Paradiso runs from Genoa and Camogli to Monterosso al Mare and Vernazza. The smaller but more frequent Golfo dei Poeti stops at each village from Portovenere (east of Riomaggiore) to Monterosso, with the exception of Corniglia, four times a day. A one-day ticket costs €22. The ideal times to see the Cinque Terre are September and May, when the weather is mild and the summer tourist season isn't in full swing. www.aptcinqueterre.sp.it, €5 for a one-day pass, which includes a trail map and a general information leaflet. 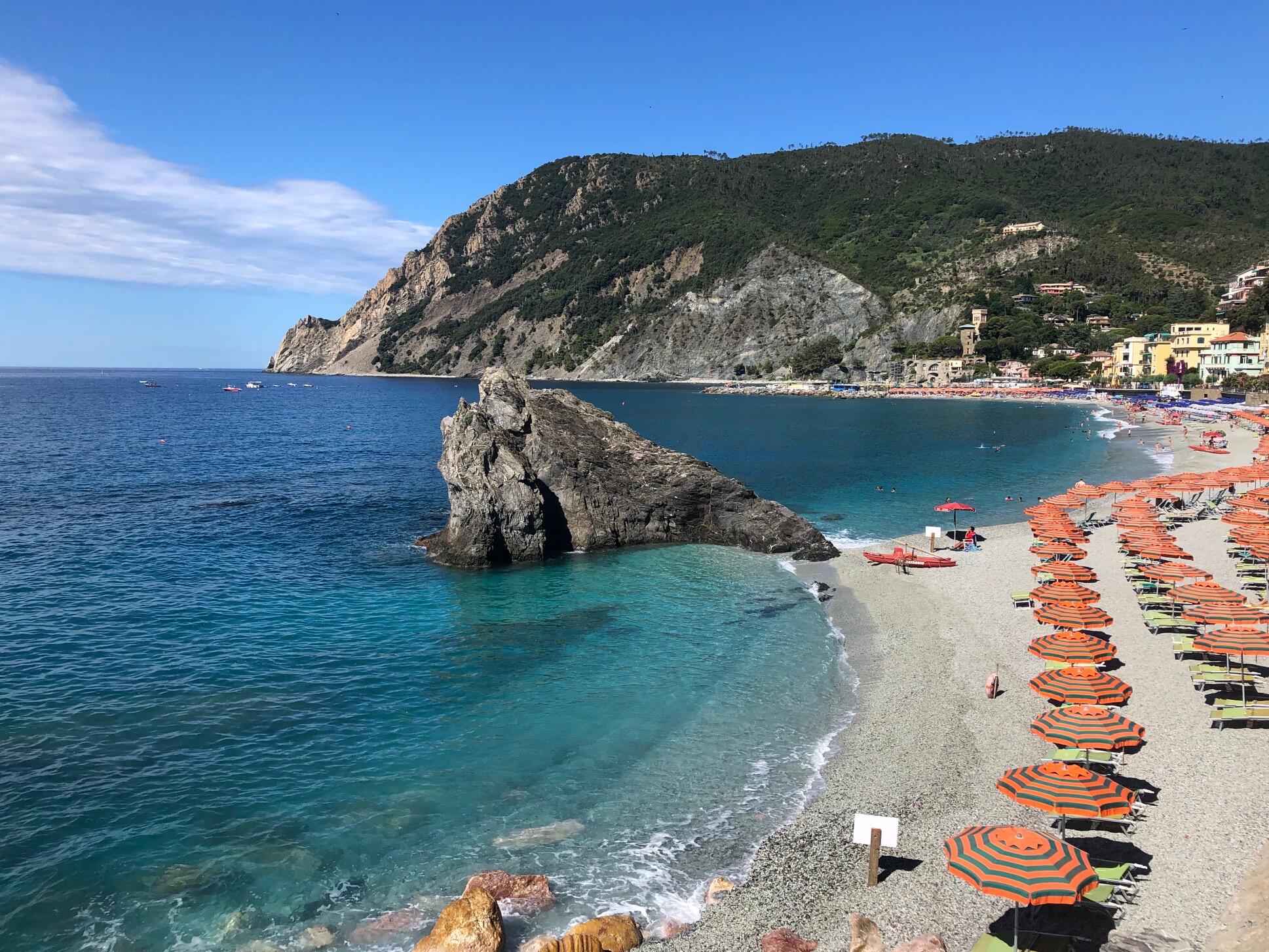 It’s One of the Most Popular Spots in Italy. Here’s What It Feels Like to Be There Now
The Cinque Terre is usually bustling with tourists…but not lately. 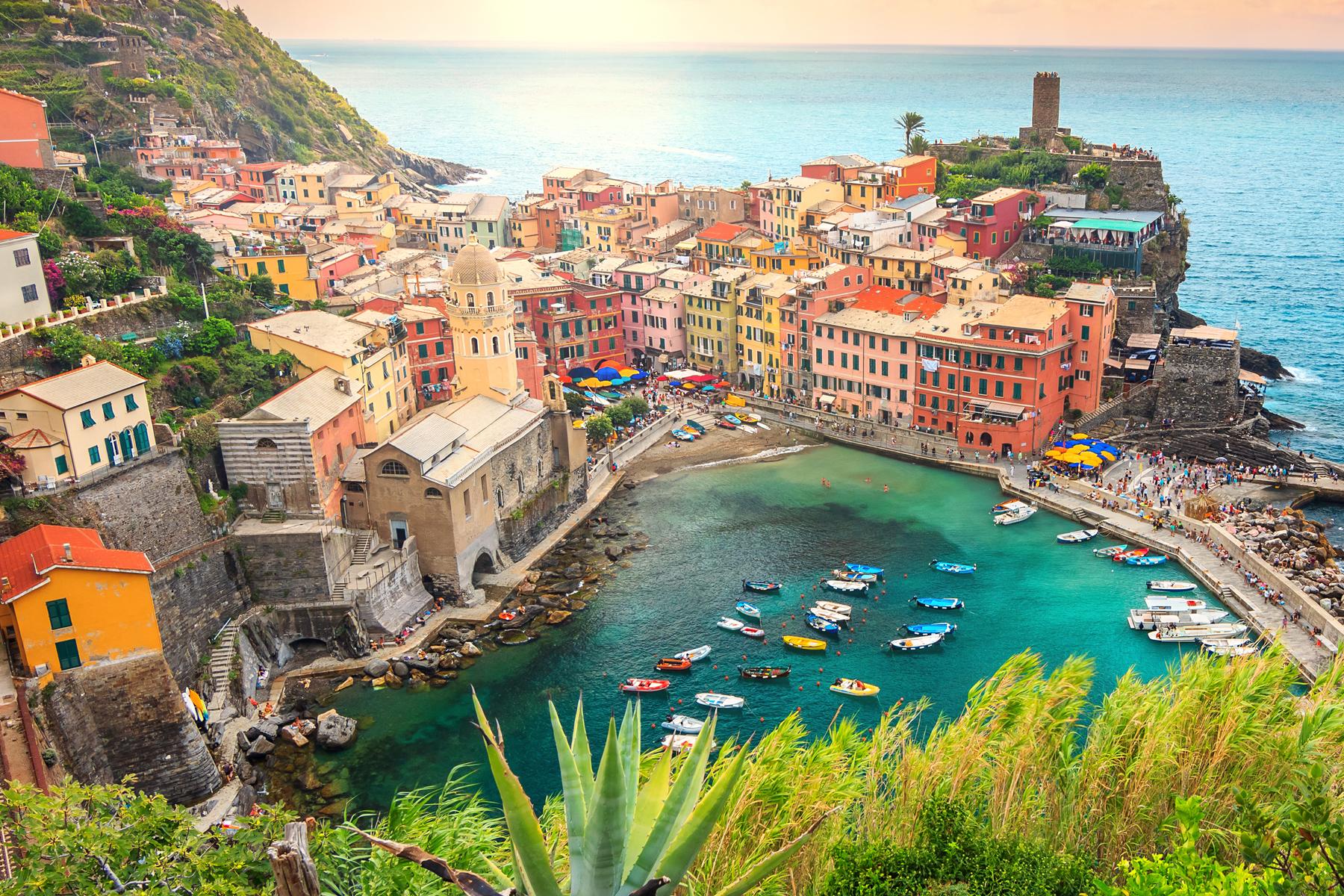 Italy Wants to Fine You $2,824 for Making This Footwear Mistake
Talk about a price hike. 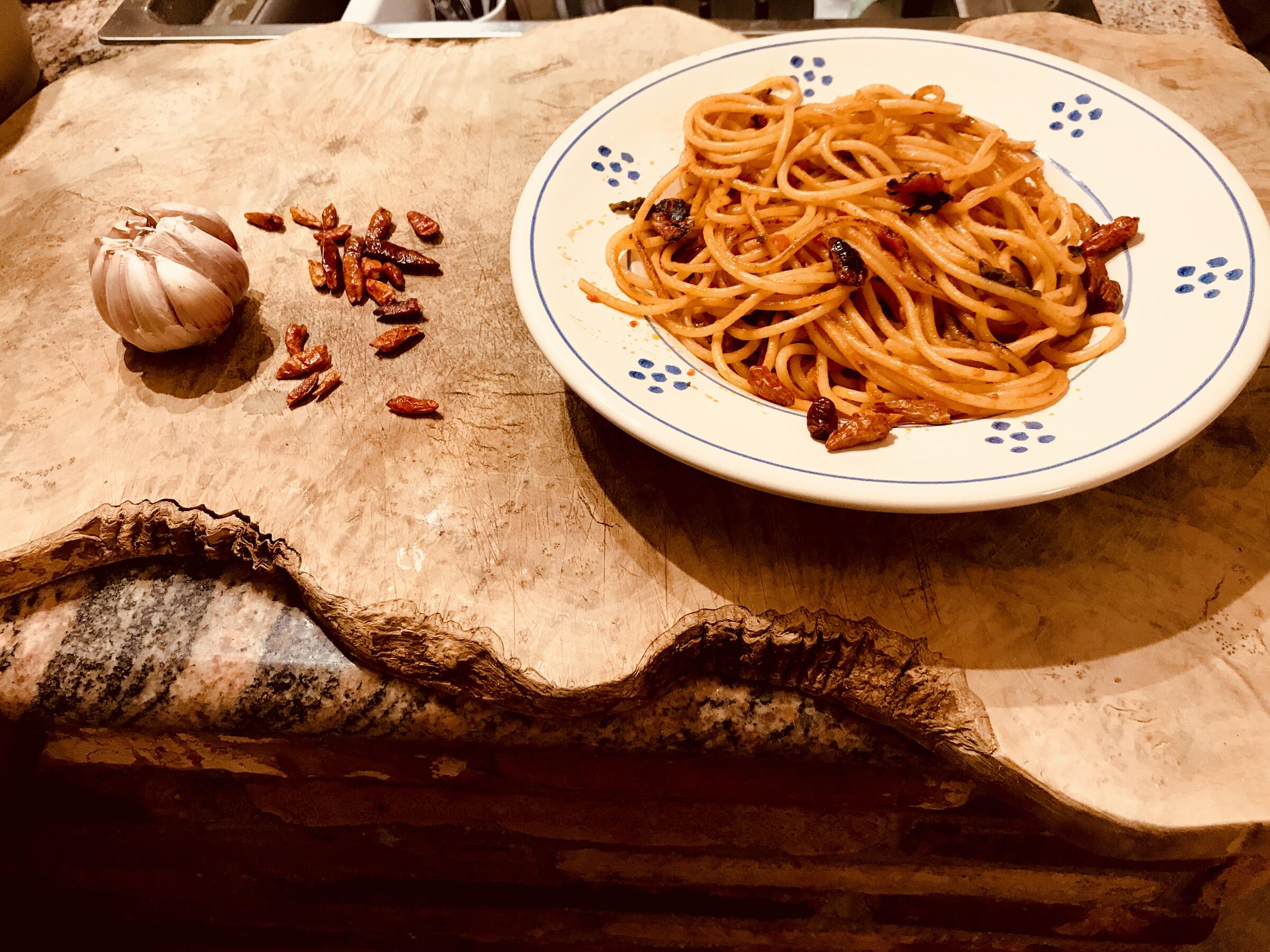 This Southern Italian Dish Is so Spicy It Will Murder Your Mouth
Order up a plate of southern Italy’s Assassin Spaghetti—if you dare.