For hundreds of years, members of the French royalty and nobility dotted the pastoral northeast regions of the countryside with manor houses and hunting lodges. Often built over the ruins of much-older Roman forts or medieval castles, these impressive constructions—known today simply as châteaux (singular: château)—differed widely in architecture and design, and they reflected both the personal style of their owners and also the unique periods in which they were built.

Over time, some châteaux were abandoned and others fell into ruin after various skirmishes between lords and royalty who jostled for control of the land. Still other châteaux were destroyed during the world wars. Fortunately, some châteaux have been rebuilt as private residences, museums, or even hotels. Yes, it’s possible to sleep inside one of these magnificent buildings, and with options ranging from three- to five-star accommodations, they’re not just suitable for royalty. Indeed, while the uber-wealthy might head to a châteaux via their own private car, the average traveler can take France’s high-speed train service (the TGV) directly from Paris to dozens of cities and towns in the regions such as Lorraine, Hauts-de-France, and Grand-Est, making it easy for anyone of us to spend a long weekend châteaux-hopping. 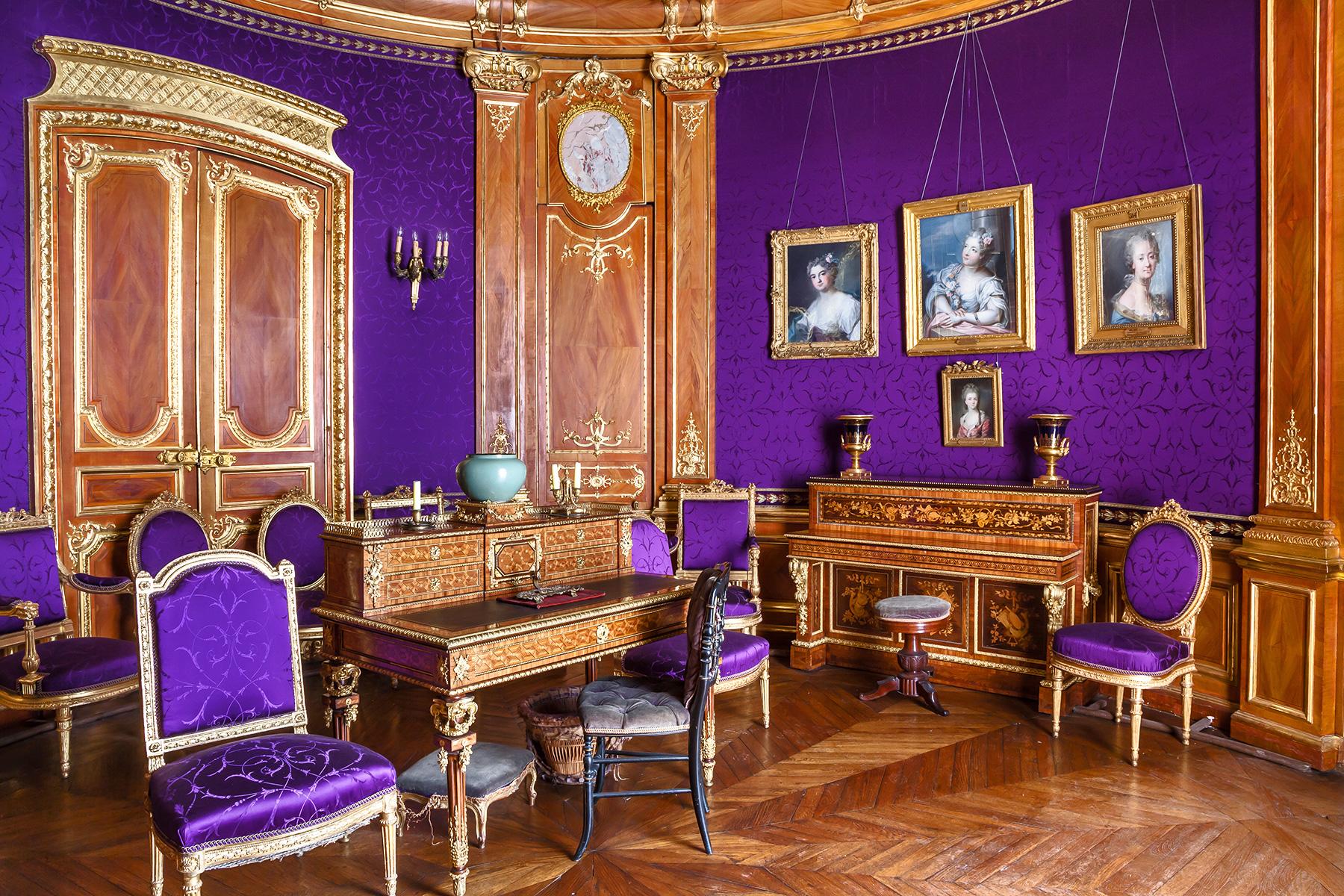 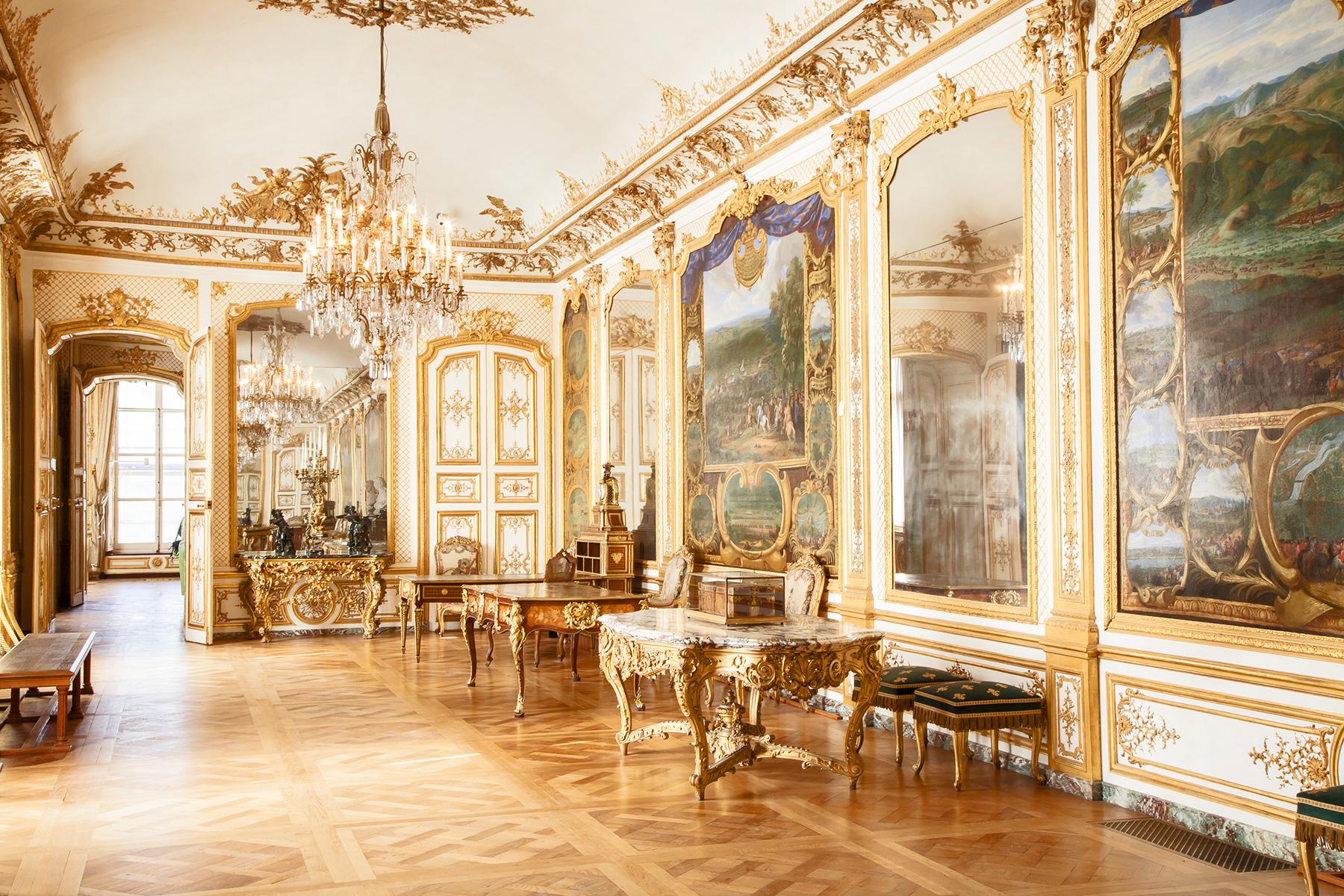 PHOTO: Sophie Lloyd
Previous Next
1 OF 10

Located just 35 minutes outside of Paris, Château Hotel Mont Royal was built between 1907 and 1911 as a country house for the composer Fernand Gustave Halphen’s wife. In 1989, the residence was redesigned as a hotel, and today visitors can have a romantic meal in the stunning dining room, or sit back in one of the hotel’s luxurious five-star large rooms or suites to take in expansive views of the surrounding Chantilly Forest.

Visit the nearby Domaine de Chantilly, an expansive 7,800-hectare estate that includes the Château de Chantilly, Musée Condé (which houses one of the most impressive historic art collections in France), and the Great Stables. 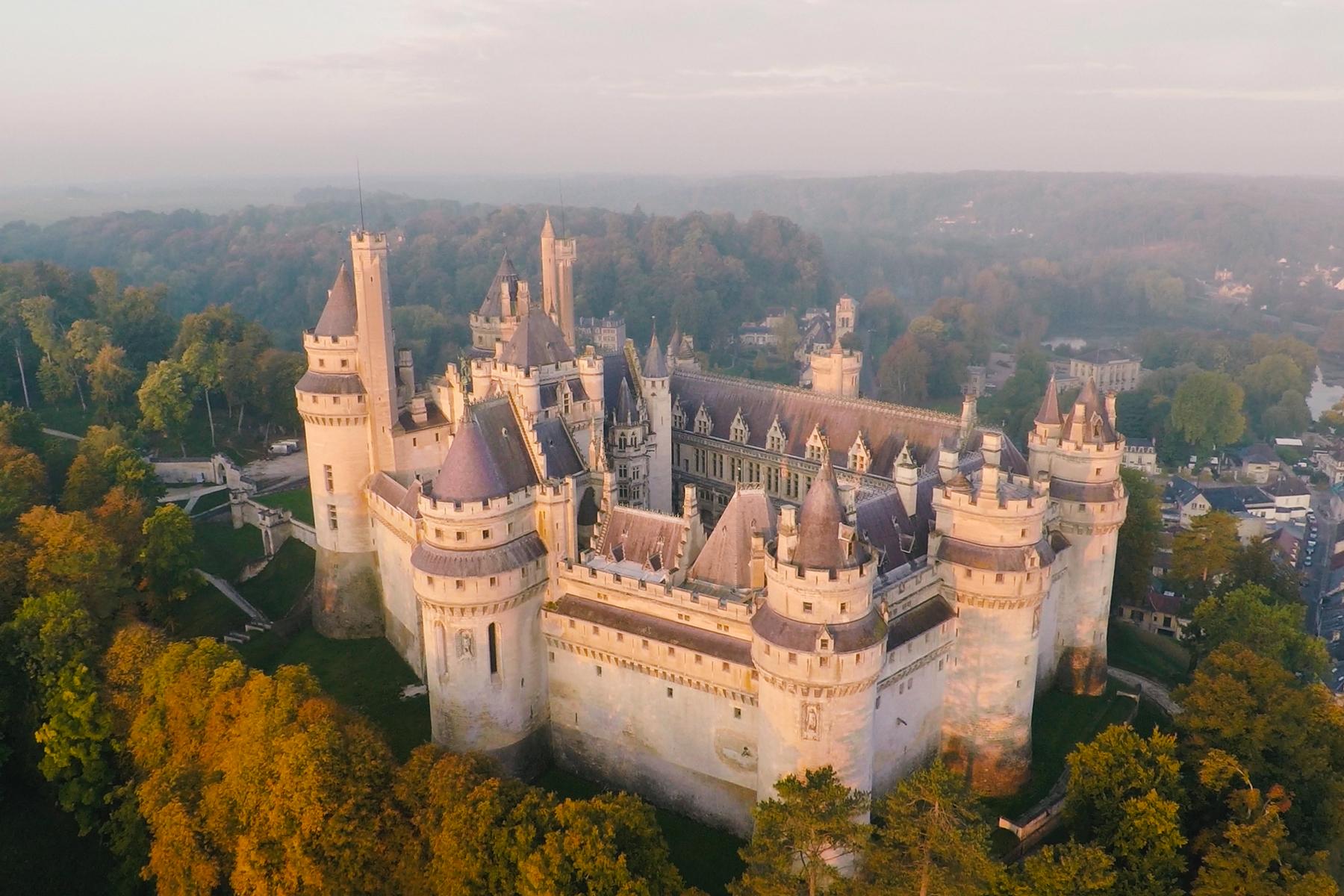 One would be hard-pressed to find a more romantic retreat than Château de Fère Hotel and Spa. The hotel’s 29 spacious rooms and suites are endowed with warm wooden flooring, exposed beams, and a remarkable dining room filled with fresh flowers and paintings representing the Fables of Jean de la Fontaine.

Next to the hotel sits the ruins of the Château de Fère-en-Tardenois, a 13th-century summer home used by royals such as King Francois I. In the evening, sit on the hotel’s terrace with a glass of wine and check out the ruins by moonlight. During the day, take a brief drive to visit Château de Pierrefonds, a 15th-century medieval castle that rises magnificently from the Compiègne Forest. 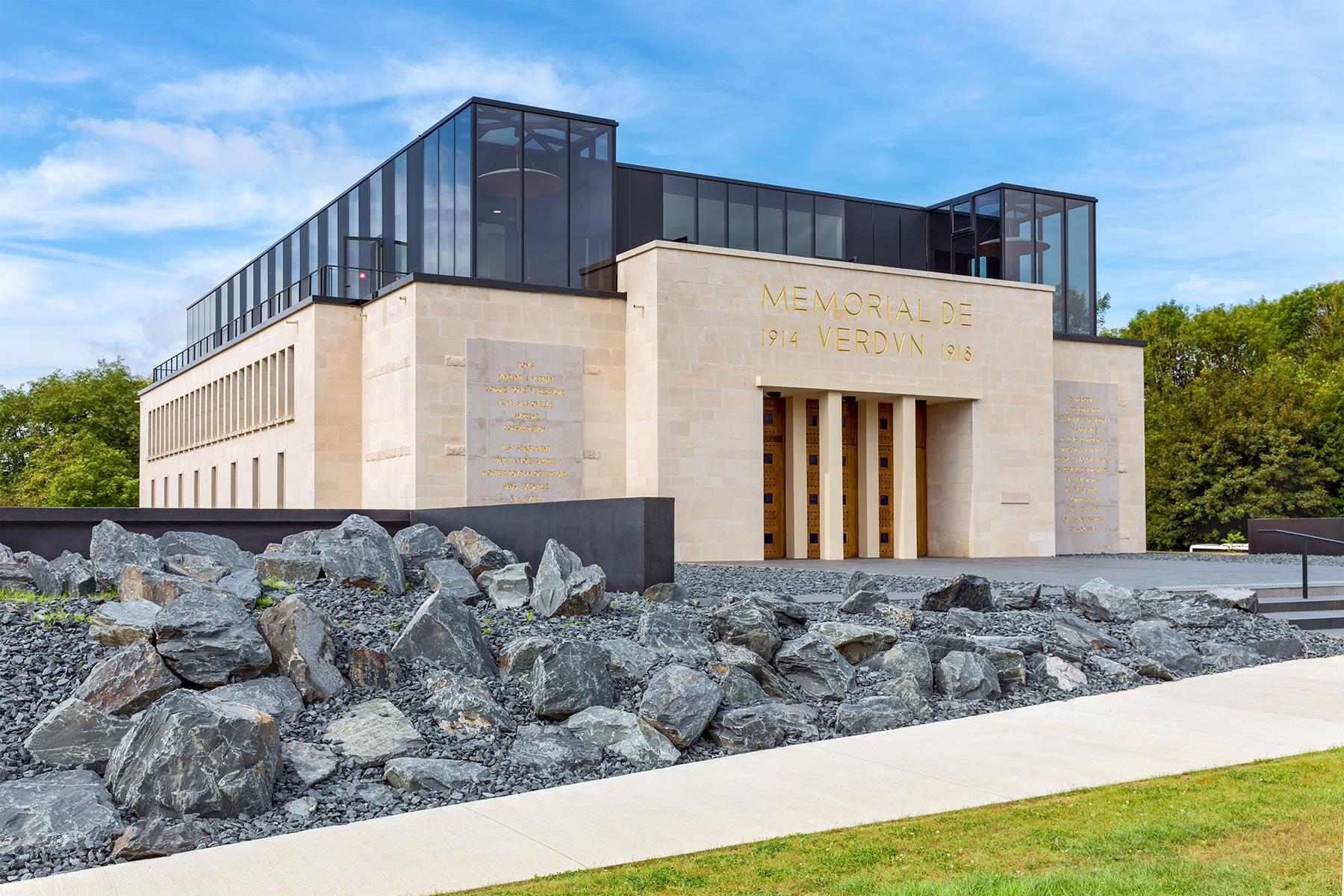 Built in the 19th century, Hostellerie du Château des Monthairons boasts 35 acres of grounds with walking paths through the countryside along the idyllic Meuse River that lead to both a Gothic and Romanesque chapel. The grounds are home to a large colony of storks which fly overhead as people sit overlooking the grounds from a large terrace, and the building itself has turrets and looks like it’s straight out of a fairytale.

In close proximity to the Hostellerie are many World War I sites such as the Battlefield of Verdun, the Verdun Memorial Museum, and the Douaumont National Necropolis and Ossuary, a very moving memorial containing the bones of more than 130,000 soldiers who died during the Battle of Verdun. 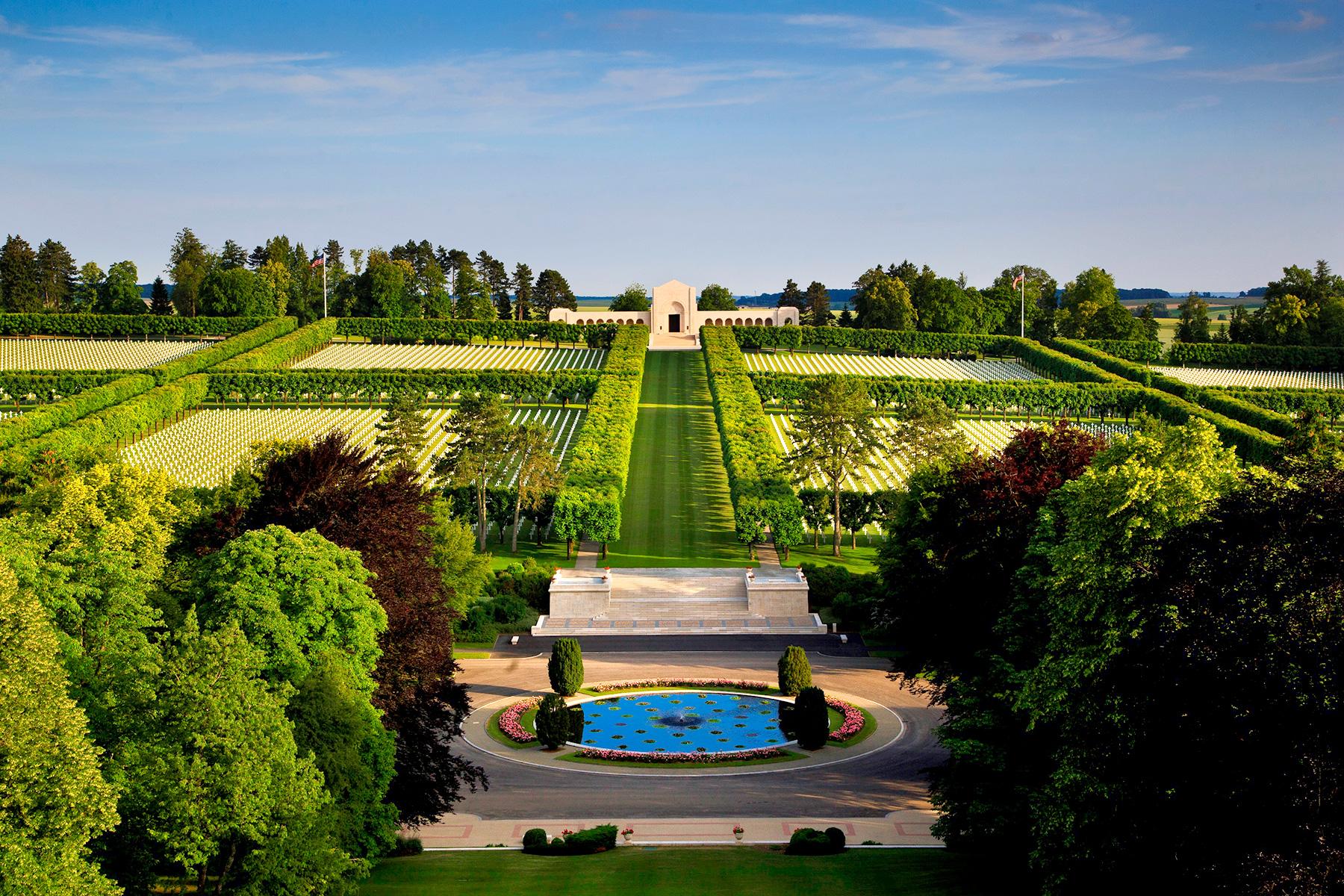 Located between the Meuse River and the Moselle River amid the Park Naturel Régional de Lorraine, Château d’Hattonchâtel was originally built in 852. Like many stately manors, the château went into disrepair and was rebuilt later in the 16th century. The château was once again destroyed during the first World War, but was fortunately rebuilt by an American benefactress in the 1930s. Today, it stands as a testament to many historical periods of time.

In addition to being only an hour drive from popular sites commemorating the Battle of Verdun, the château is also close to the Romagne 14-18 Museum, a remarkable collection of World War I memorabilia that reveals what daily life was really like for the average soldier. Also visit the Meuse-Argonne Cemetery, where the bodies of over 14,000 American soldiers are buried. 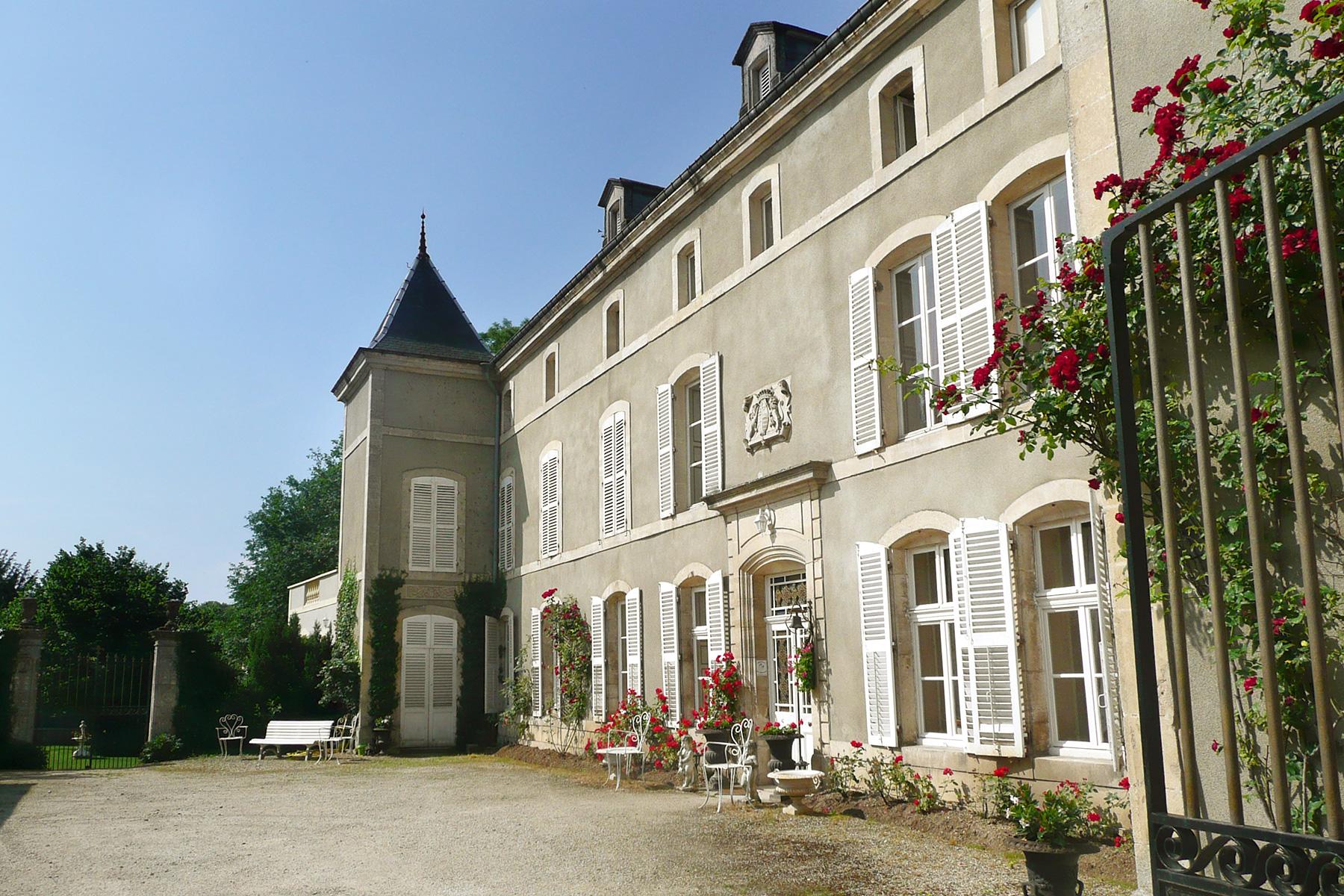 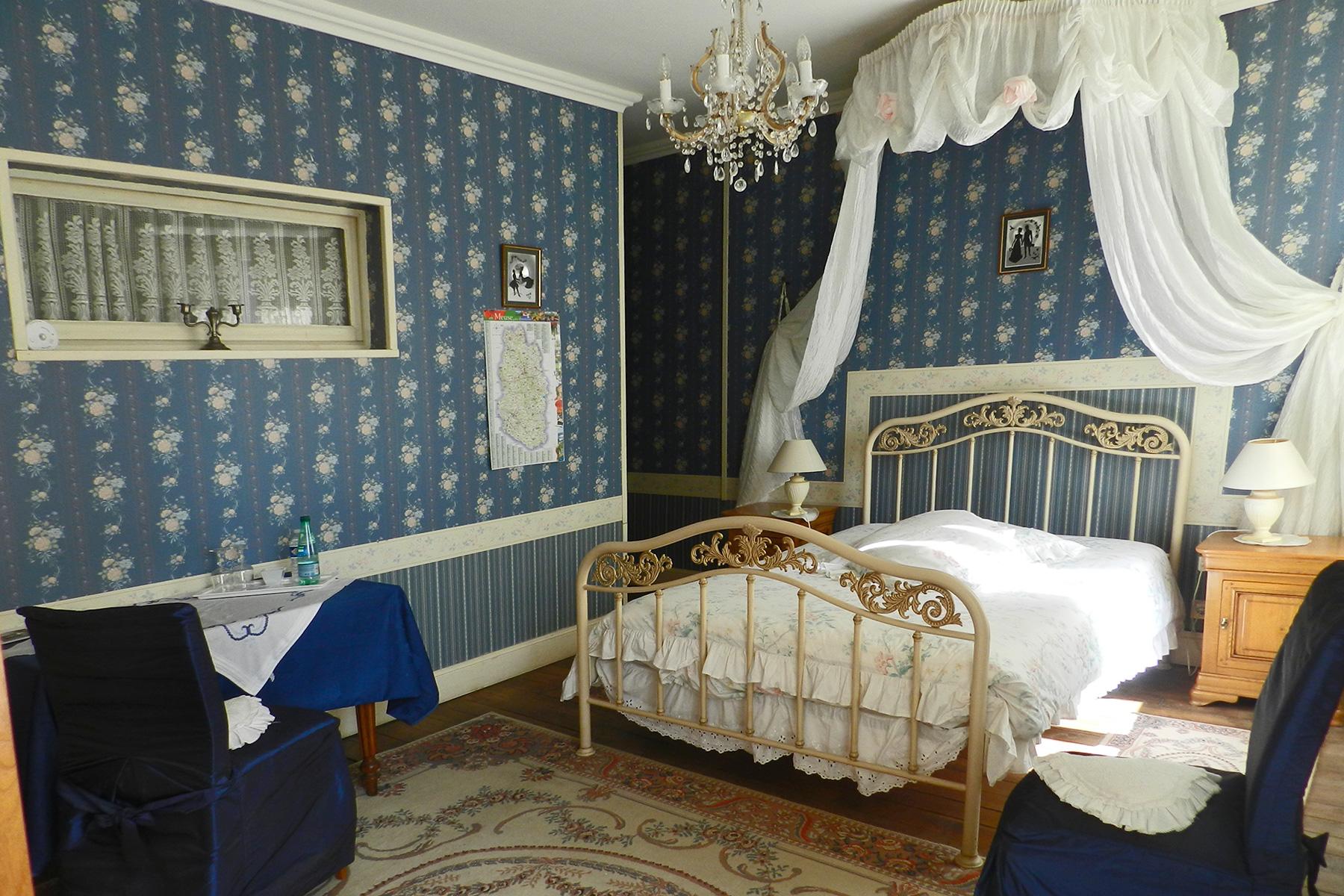 PHOTO: Beketoff / Shutterstock
Previous Next
5 OF 10

A visit to Château de Labessiere feels more like staying with old friends than a hotel. Owned by a lovely French couple, the château was purchased in derelict condition and restored to its original 18th-century glory. The onsite restaurant offers superb French cuisine, and make sure to stick around afterward to chat with the owners over complimentary coffee, tea, or a small snifter of the region’s famous Mirabelle brandy.

In addition to being near many important World War I sites (the Battlefield of Verdun, for example), one would be remiss to not also stop by the Braquier Dragée Factory to try the region’s famous sugared almonds or and dine at L’Abri des Pélerins at Douaumont, a restaurant serving great local food, including the best quiche Lorraine in the region. 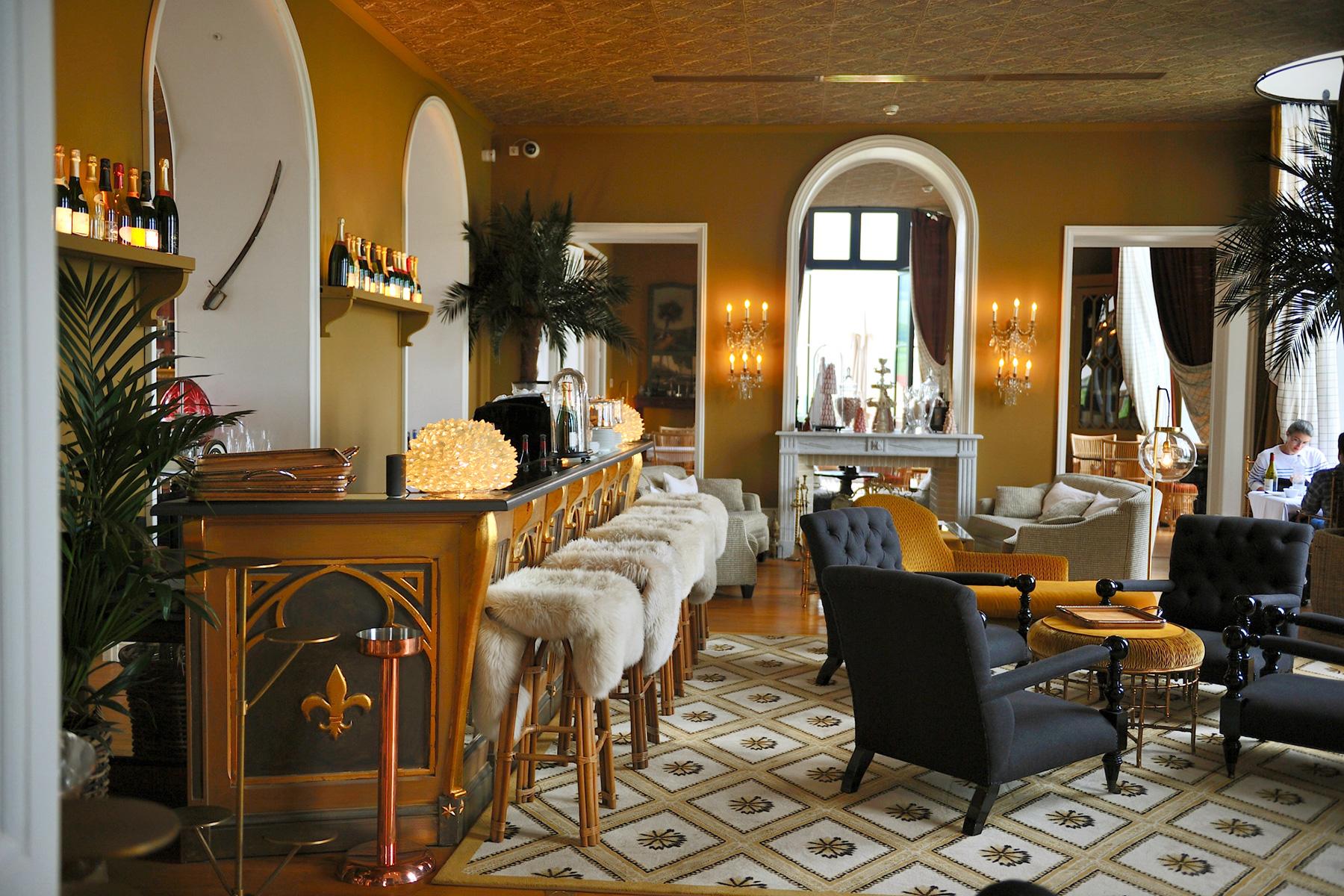 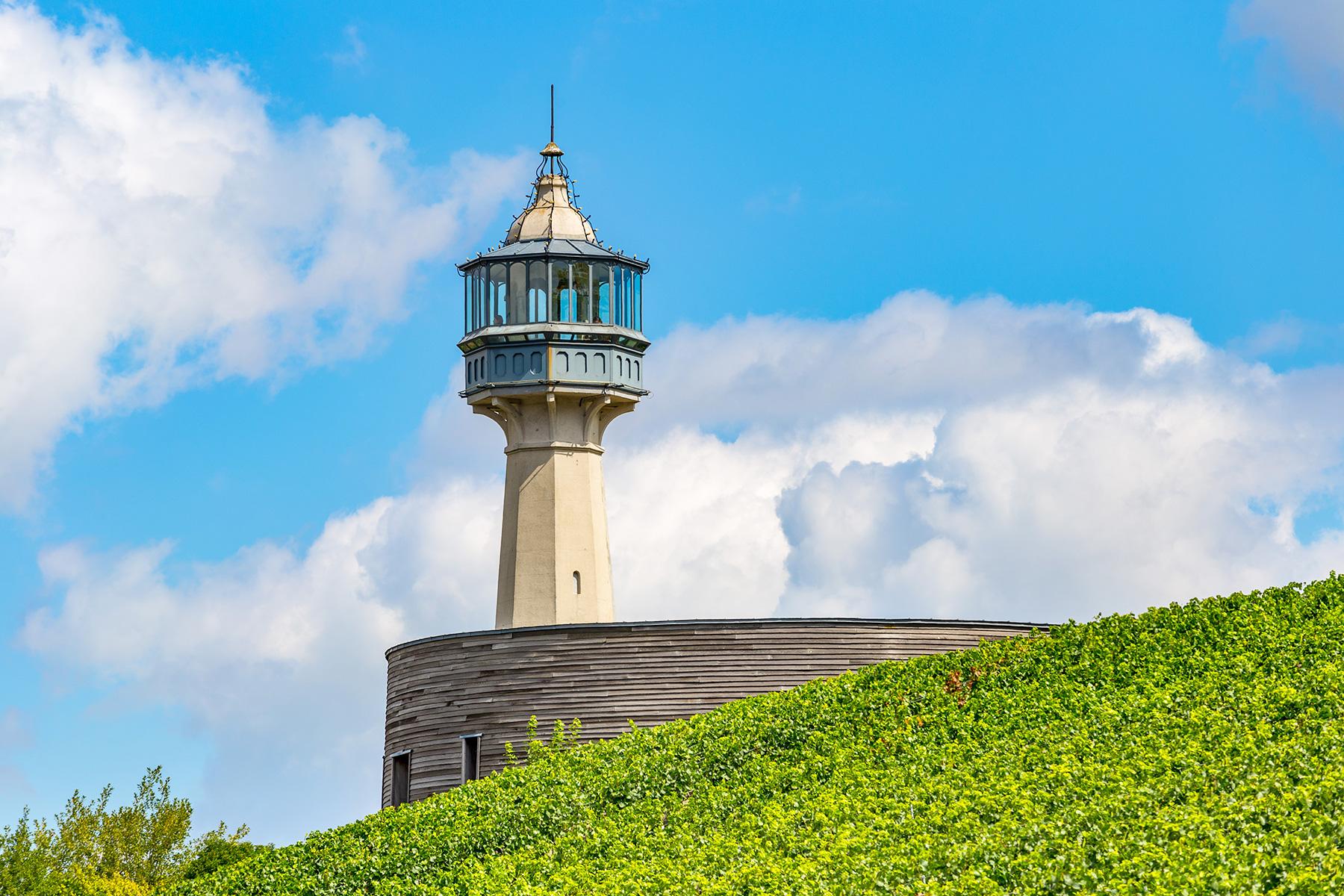 PHOTO: Tous_droits_reserves
Previous Next
6 OF 10

Set on a hillside and surrounded by champagne vineyards, the gabled stone and brick Château de Sacy practically pours charm by the flute. The parquet floors and marble bathrooms in the château’s themed rooms (the Marie Antoinette room, for example) are spacious, light, and airy, and most accommodations offer unobscured views of the vineyards. Les Vignes, the Château’s restaurant, offers a menu that focuses on dishes bursting with the region’s unique terroir.

Of course, while staying in Champagne, one drinks plenty of the region’s namesake. Visit the Lighthouse of Verzenay, which quite literally is a lighthouse built at the top of a hill over which one can take in spectacular views of the vineyards. Also, make sure to stop by the champagne caves of Taittinger and Pommery (both are 4th century Gallo-Roman chalk caves that have been recognized as UNESCO World Heritage sites). 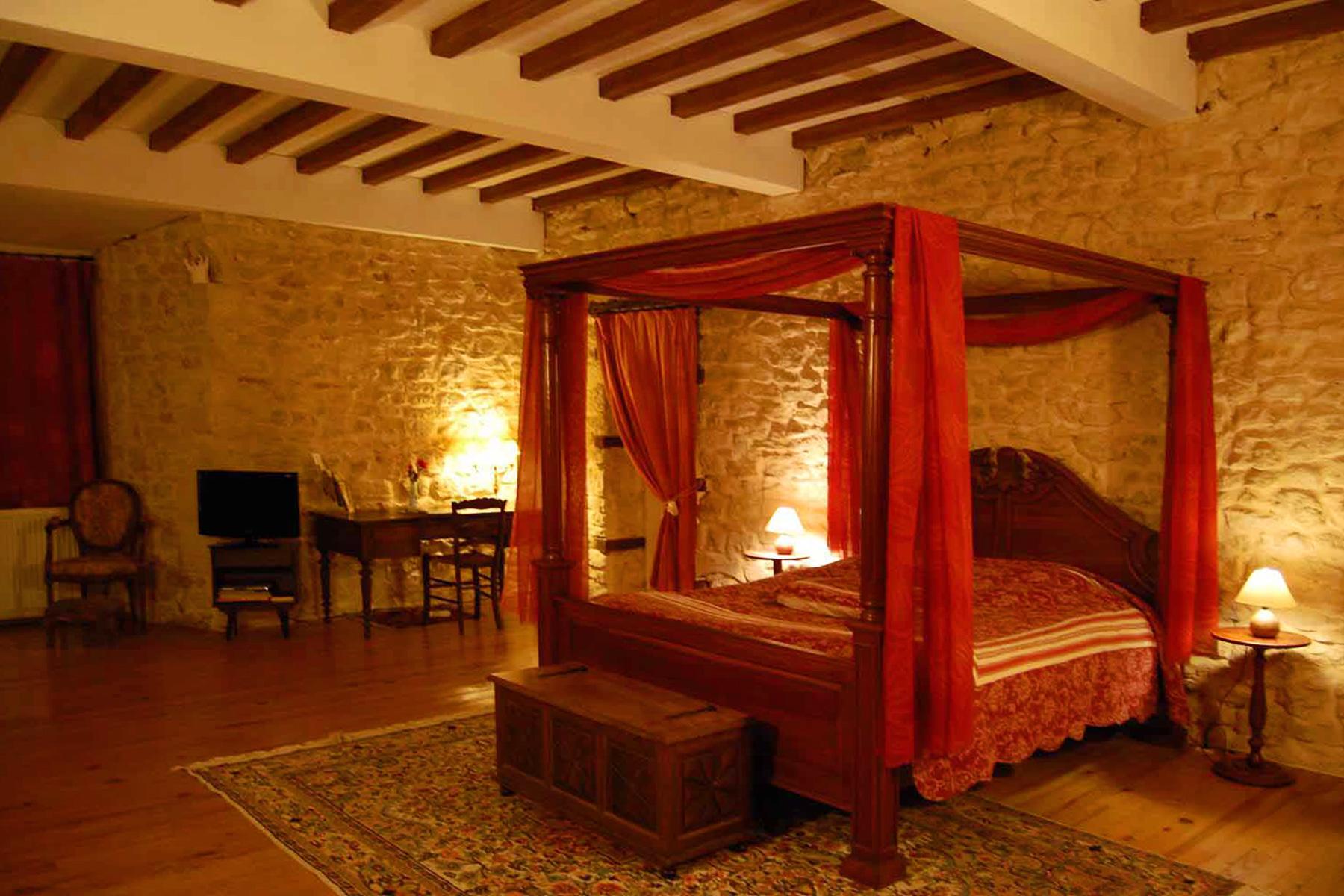 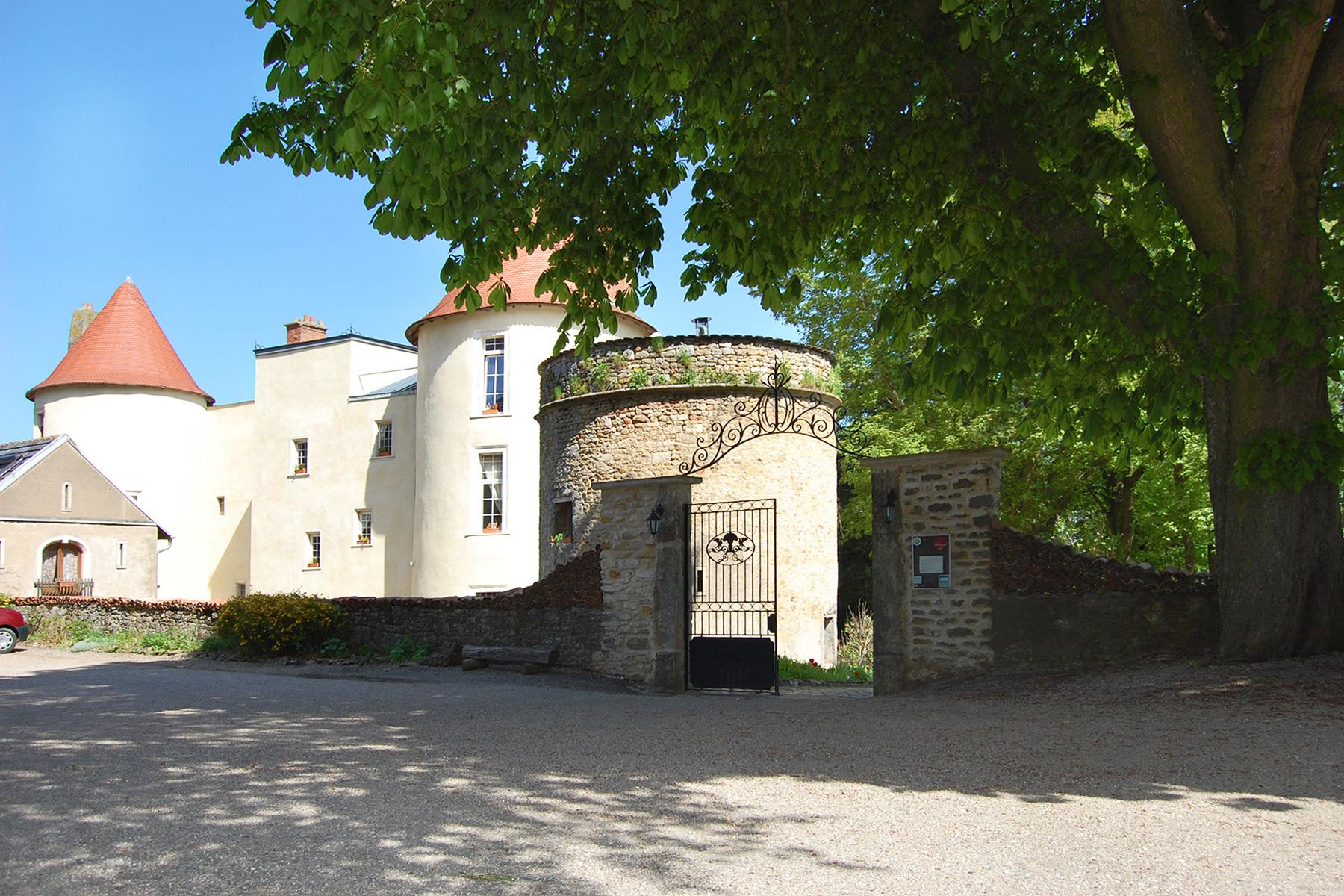 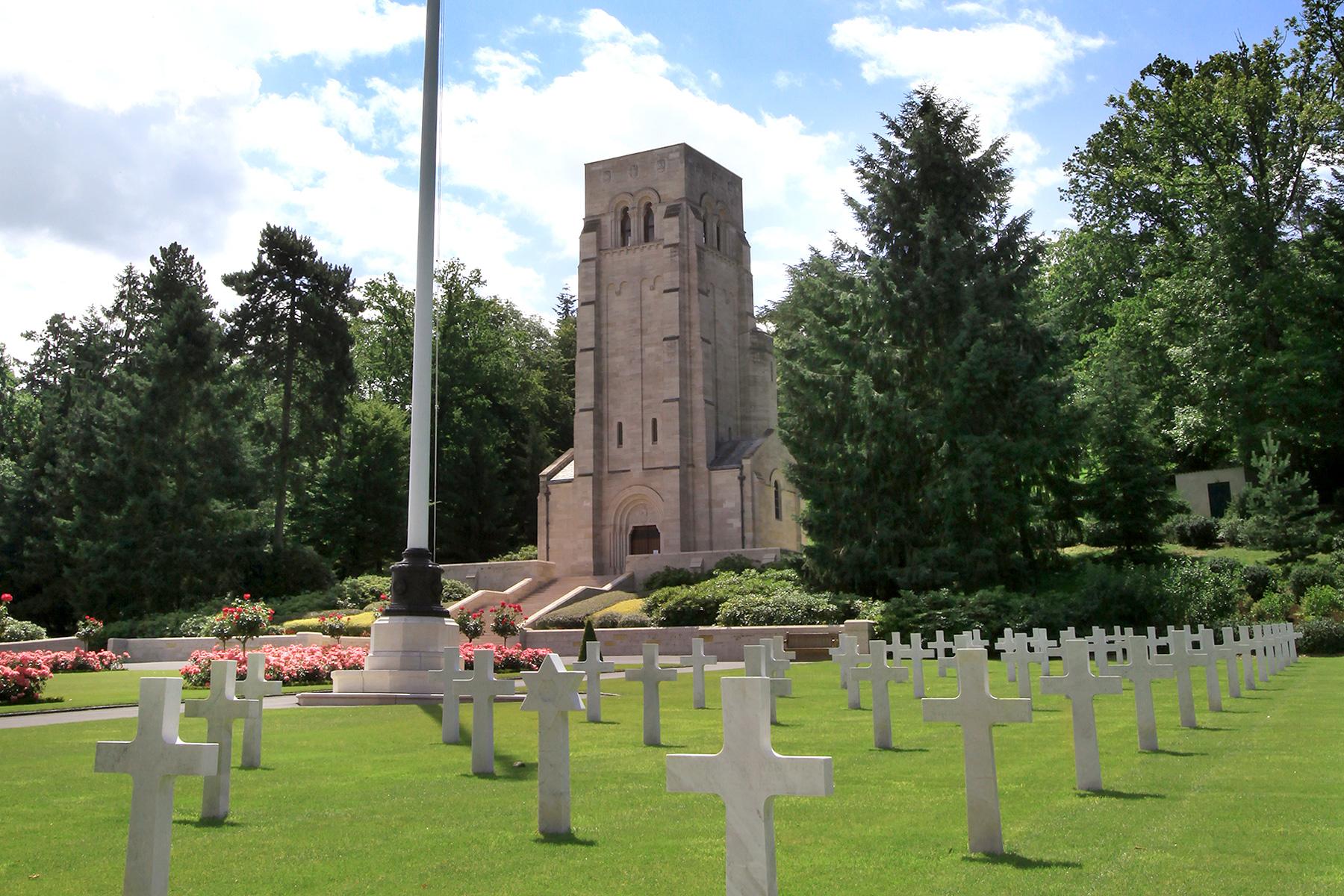 Built over the ruins of a Templar convent, this 16th-century château has only five guest rooms that feature stone walls, wooden beams, and spacious sitting areas. Set at the edge of a large, seemingly impenetrable forest, it’s easy to figure out why the 100 or so inhabitants of the nearest town, Morey, are nicknamed “wolves.” The forest even harbors a 300-year-old cedar of Lebanon tree as well as magnificent chestnuts, copper beeches, and maples.

Belleau Wood is an important World War I site where the American Marines stopped German soldiers from advancing during the particularly gristly Battle of Belleau Wood. Today, the wood is its own silent shrine, and the Aisne-Marne American Cemetery, which sits at the foot of the wood, contains the graves of nearly 2,300 soldiers. 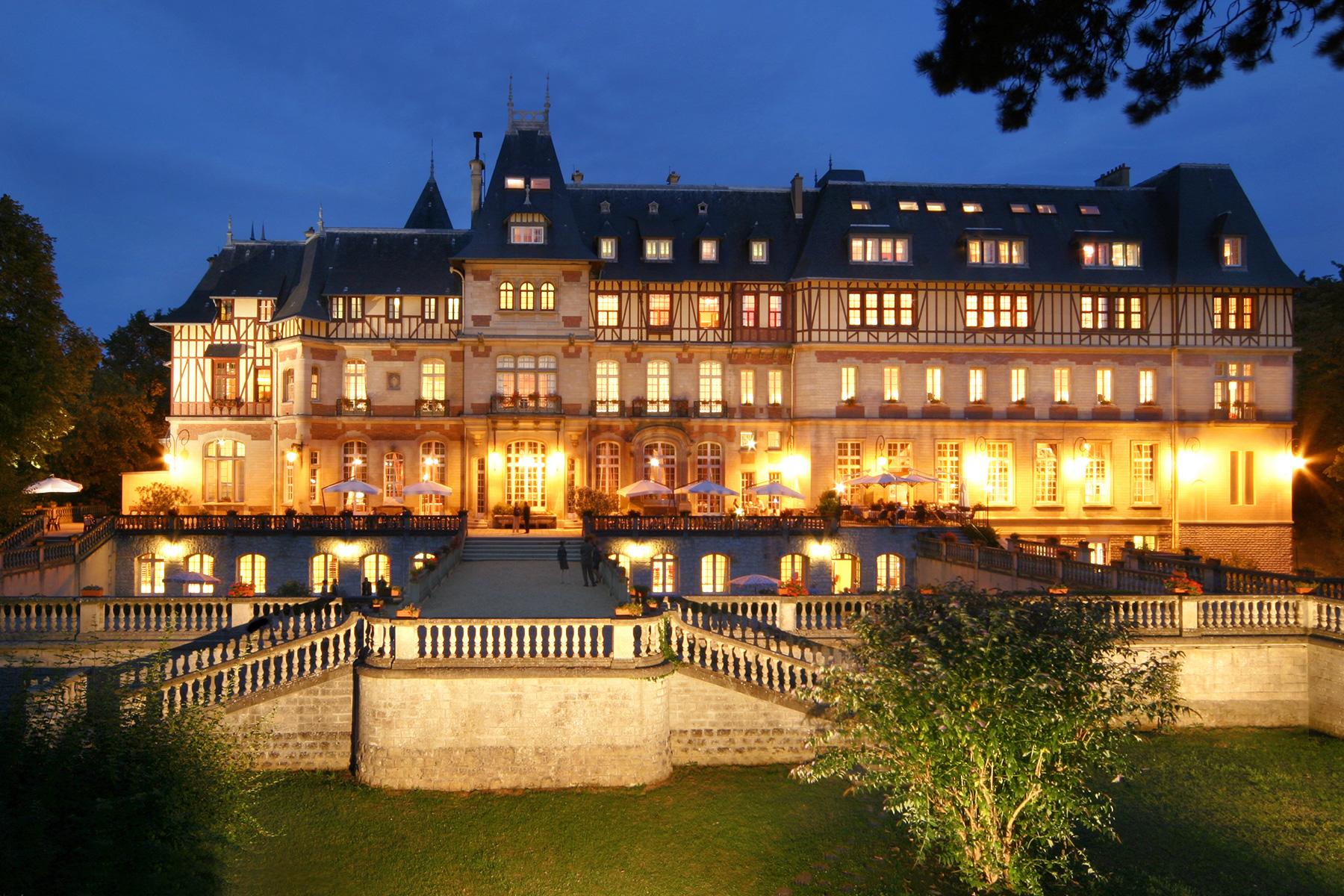 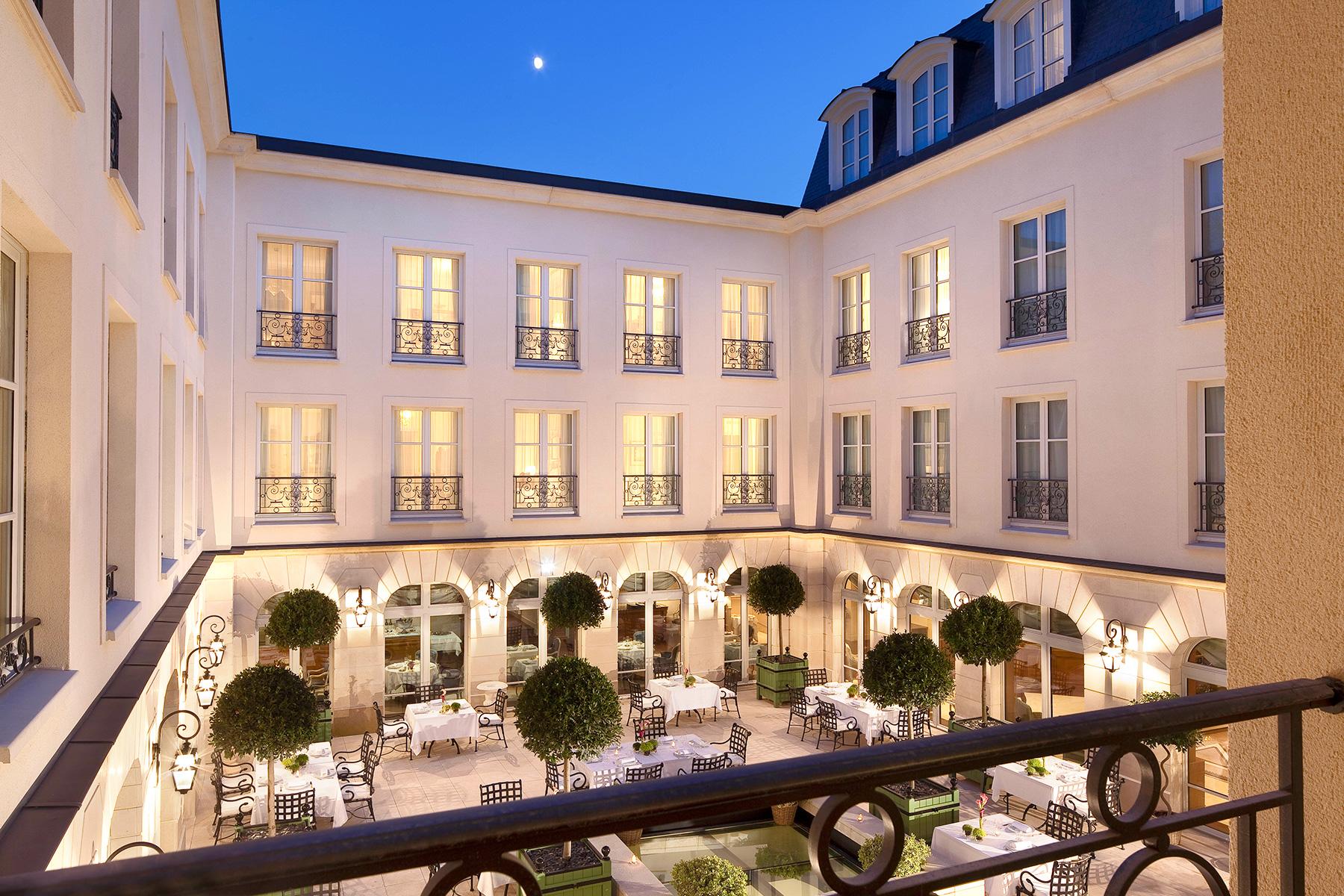 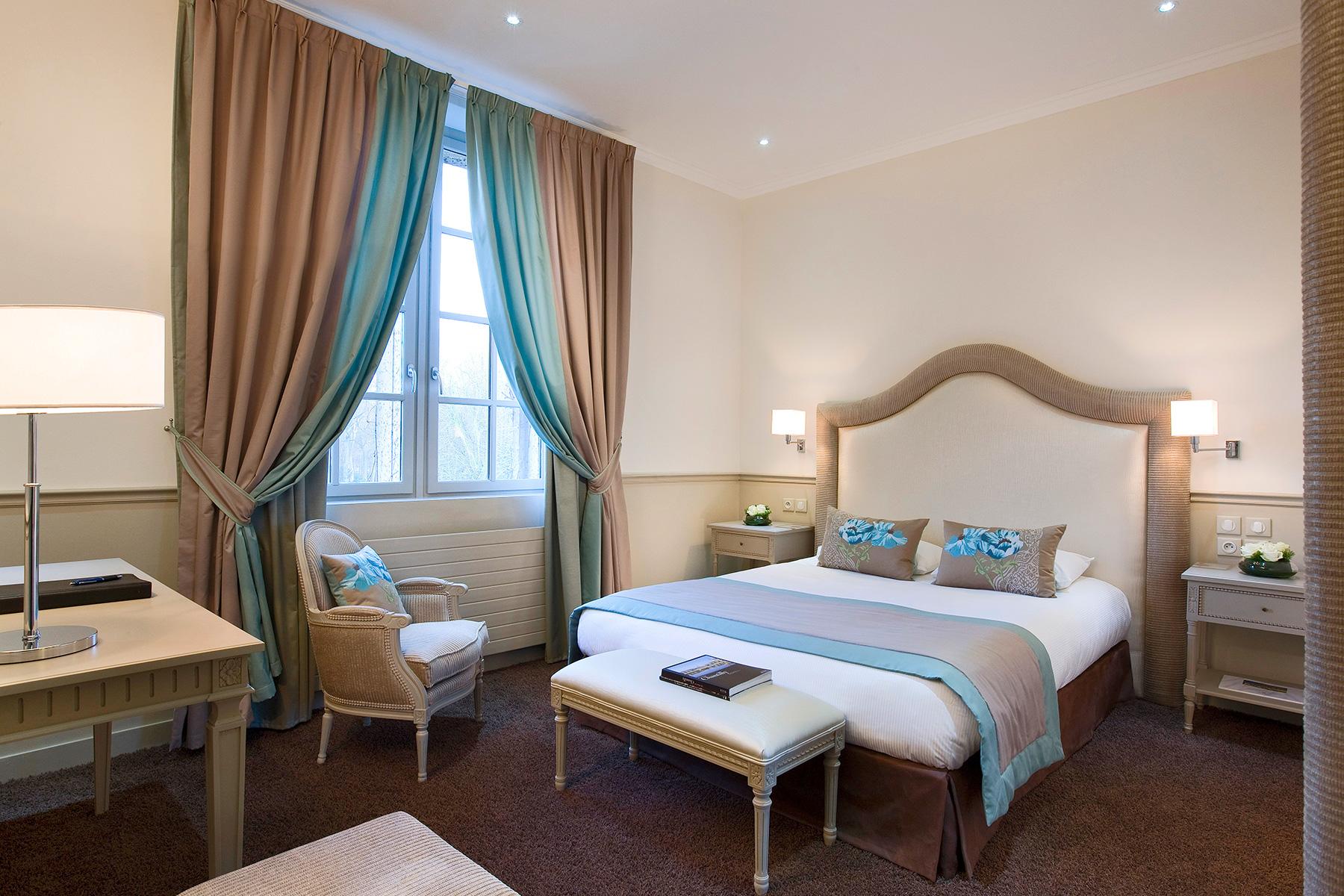 PHOTO: © Fabrice Rambert
Previous Next
8 OF 10

Built in 1911 by a member of the Rothschild family, Château de Montvillargenne was occupied by the Germans during World War I. After the war, a Catholic novitiate, and later, a school for arts and crafts, occupied the stately space. In 1985, the château was renovated for use as a hotel, and today visitors delight in the landscaped gardens featuring an orangery, rose garden, and terraces.

Located north of the Chantilly forest, the city of Gouvieux is located near all of Chantilly’s most popular attractions, including Royaumont Abbey. Make sure to dine at Le Jardin d’Hiver, a restaurant at the famed Auberge du Jeu Paume Hotel that is famous for its Crème Chantilly, a delightful whipped cream made with cream, sugar, and vanilla. 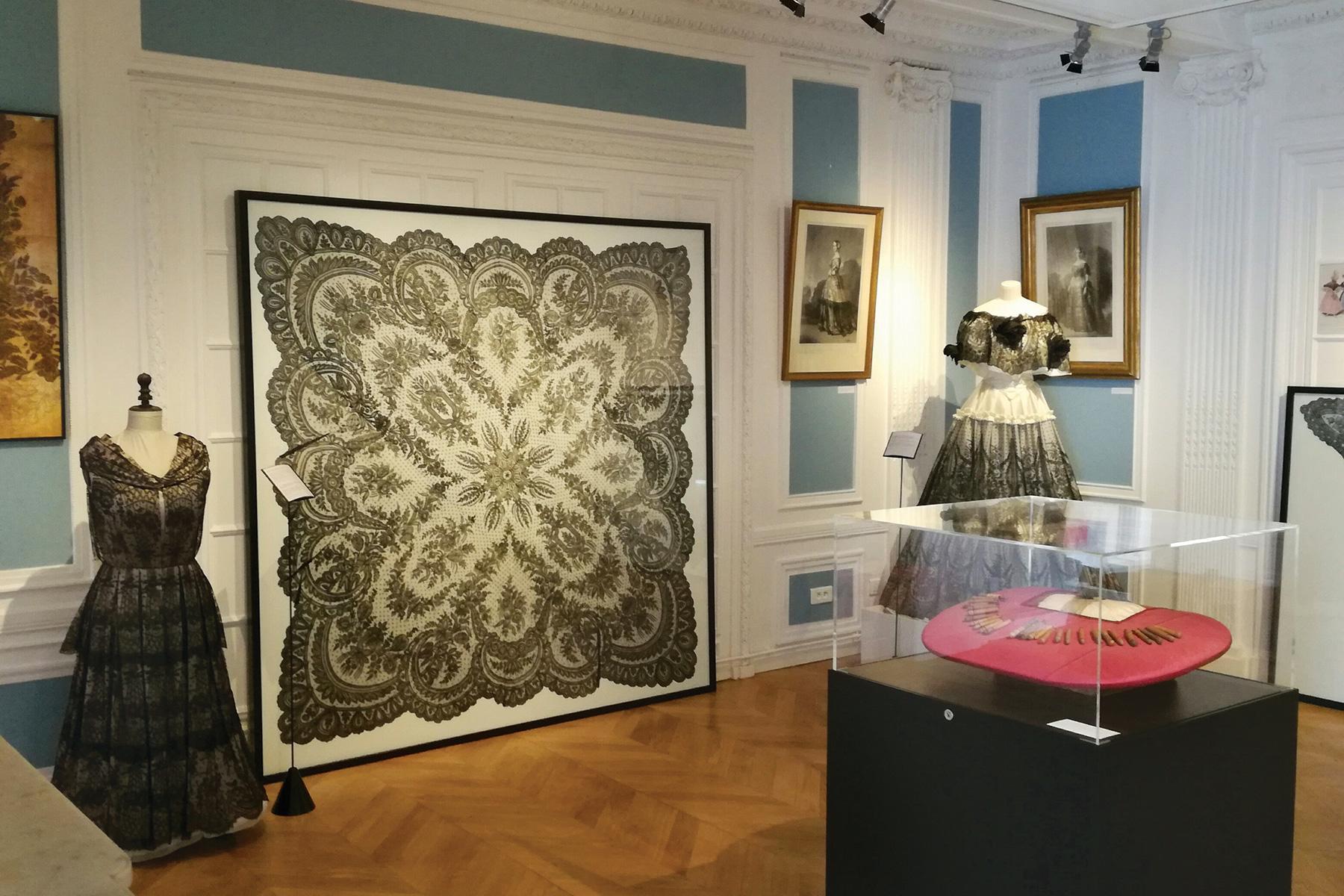 Edith Piaf, Tino Rossi, and Jean Gabin each vacationed at the Château de la Tour with friends. Built in the Anglo-Norman style during the early 20th century, the château’s grounds are set with trees over 100 years old, with seating set throughout the park so that guests can truly unwind.

No trip to Chantilly is complete without visiting the Lace Museum, where the world-famous black Chantilly lace is made. Nearby is also the House of Van Gogh in Auvers-sur-Oise, the only remaining home where the artist once lived. Art enthusiasts and nature lovers alike will delight in the area, as there are countless trails to explore and rich cultural experiences to uncover. 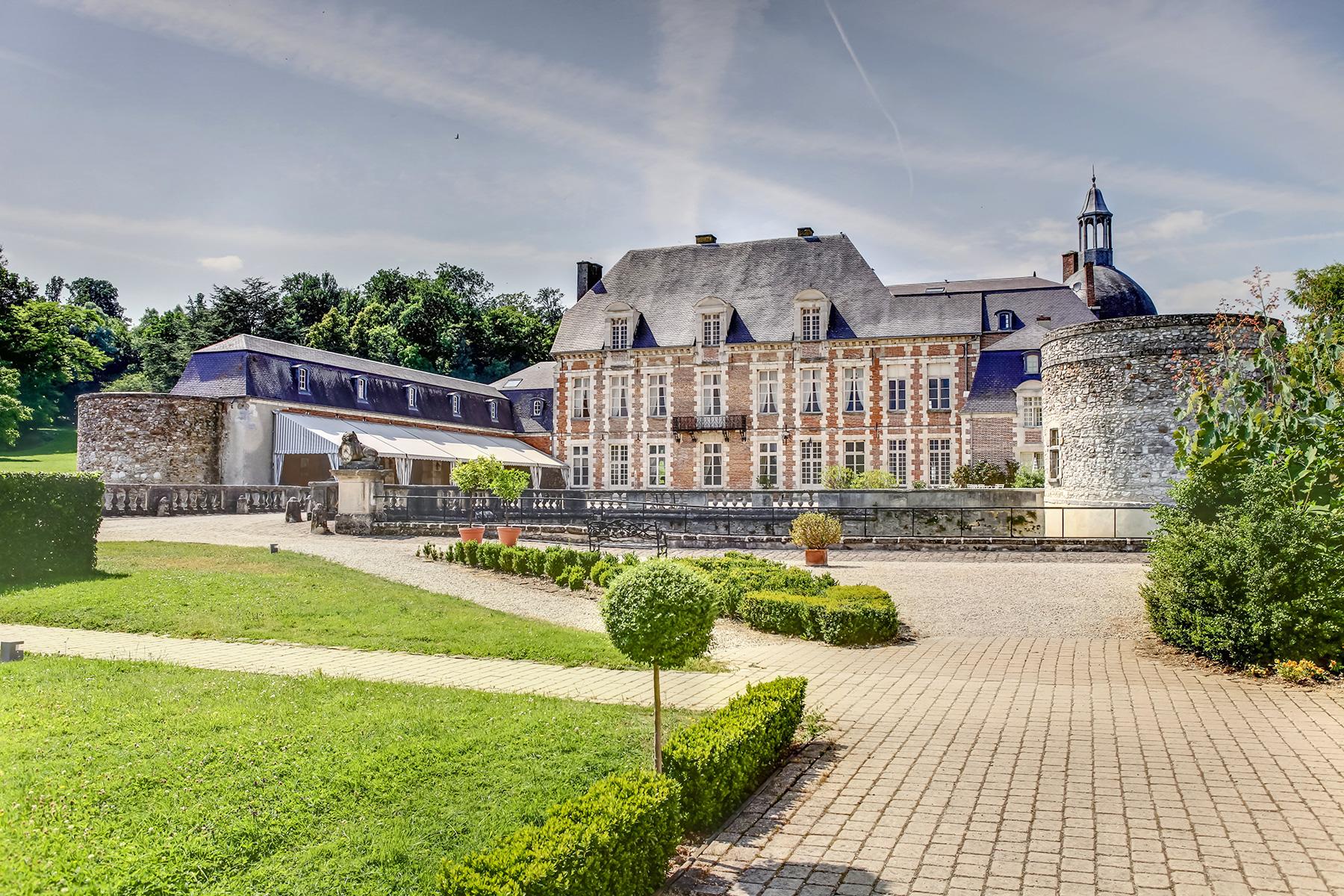 Built during the early 17th century, this historic château is encumbered with a royal history. Once the resting place of royalty, it was commissioned by the Count of Anglure and its architecture, gardens, and fountains astonished even Louis XIV. After the French Revolution, the château became a private residence, and the family who owned it entertained the court of Napoleon I. Today, the same family owns the château, and visitors can expect the same regal welcome as kings and emperors of old.

In addition to being situated in the middle of Champagne country, the château is near the city of Reims. Almost completely obliterated during World War I, this martyred city and its cathedral were rebuilt with the help of the Rockefeller and Carnegie foundations. For dining, either eat onsite at the château’s excellent Orangerie restaurant or stop in Reims to eat en plein air in the garden at Restaurant Côté Cuisine.