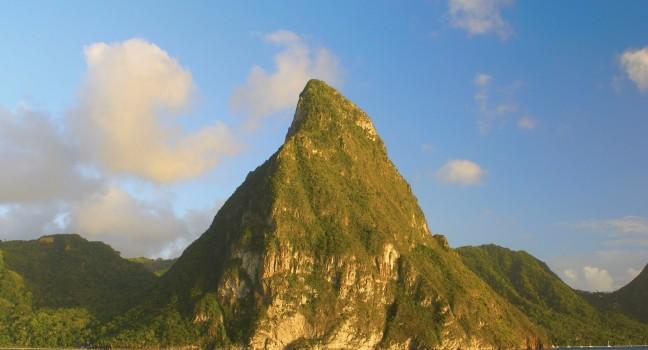 Rising precipitously from the cobalt-blue Caribbean just south of Soufrière Bay, these two unusual mountains—named a UNESCO World Heritage Site in 2004—have become the iconic symbol of St. Lucia. Covered with thick tropical vegetation, the massive outcroppings were formed by a volcanic eruption 30 to 40 million years ago. They are not identical twins, since 2,619-foot Petit Piton is taller than 2,461-foot Gros Piton (Gros Piton is broader). It's possible to climb the Pitons, but it's a strenuous trek. Gros Piton is the easier climb and takes about four hours round-trip. Either climb requires permission and a guide; register at the base of Gros Piton.