How a famous summer staple was created by a pirate and made infamous by a catchy song from the '70s.

Piña coladas are a beach bar staple, and ordering one on a hot summer day is as essential as putting on sunscreen. While the ingredients are pretty basic and easy to combine, the piña colada has a deep Caribbean history that starts in the 19th century and ends more recently in the 1970s. Before the history lesson, let’s begin on how it’s made and what goes into this chilly favorite: the piña colada is a traditionally frozen cocktail made with white rum, coconut cream, pineapple juice, and ice. Mingle all those ingredients and serve in a hurricane glass, and you have yourself a piña colada. Don’t forget the maraschino cherry or a pineapple slice if you’re fancy. If you’re questioning why such an easy drink has a multifaceted history, it’s probably because multiple individuals claim to have originated the cocktail, and each has a pretty interesting backstory.

The first claim belongs to the Puerto Rican pirate, Roberto Cofresí. Known as El Pirata Cofresí, this piña colada progenitor is rumored to have shared some of his bounties with the needy from time to time, making him a Puerto Rican Robin Hood in certain eyes. According to legend, at one point during the 1800s, Cofresí concocted an archetype piña colada to soothe a possible mutiny brooding on one of his boats. With just scarce ingredients like rum, coconut, and pineapple juice found onboard, Cofresí created the first piña colada, and it was beloved until he died in 1825. El Pirata Cofresí was the only person with the recipe, and it was lost with his death.

Fast forward to 1922, where a travel magazine described the making of a cocktail eerily similar to the piña colada we know today. According to the publication, pineapple mixed in with Barcadi rum (headquartered in Cuba) plus ice and sugar designed the piña colada. The main difference was the exclusion of coconut cream, making this Cuban-born version its own individual cocktail from inception.

What makes this claim interesting is its association with Bacardi. Founded in Cuba in 1862, Bacardi is one of the world’s largest family-owned alcohol companies globally. Around the time of the Cuban revolution in the ’60s, Bacardi moved most of its operations to Puerto Rico, Mexico, and Bermuda. Even today, Bacardi is usually the main rum component in a piña colada. Even though the dates don’t exactly match, it’s worth noting the origins of the piña colada follow wherever Bacardi was at the time. To add more fuel to the conspiracy theorist fire, Bacardi opened a large distillery in Puerto Rico in 1937, just shy of two decades before the creation of the modern-day colada.

Another quick jump in time brings us to 1954. University of Puerto Rico Professor Ramon López Irizarry created a new method of coconut cream extraction, making the crafting of piña colada’s even more straightforward. He patented the process and created Coco López, a coconut cream alternative. This product is still available today and is commonly used to make the cocktail. That same year, Ramon “Monchito” Marrero, a bartender at the famous Caribe Hilton Hotel’s Beachcomber Bar in San Juan, was tasked with creating a beverage that encapsulated the essence of Puerto Rico in a contest. Monchito worked on the drink for three months and conceived what is now the modern-day piña colada. Monchito didn’t make it a cocktail at first. Instead of rum, he added half-and-half, and it was sold as a milkshake for families of the hotel. Soon guests of the Caribe Hilton caught on to the idea that this family-friendly drink tasted even better with rum in it and would take the frosty refreshment to the bar and ask for the extra ingredient. 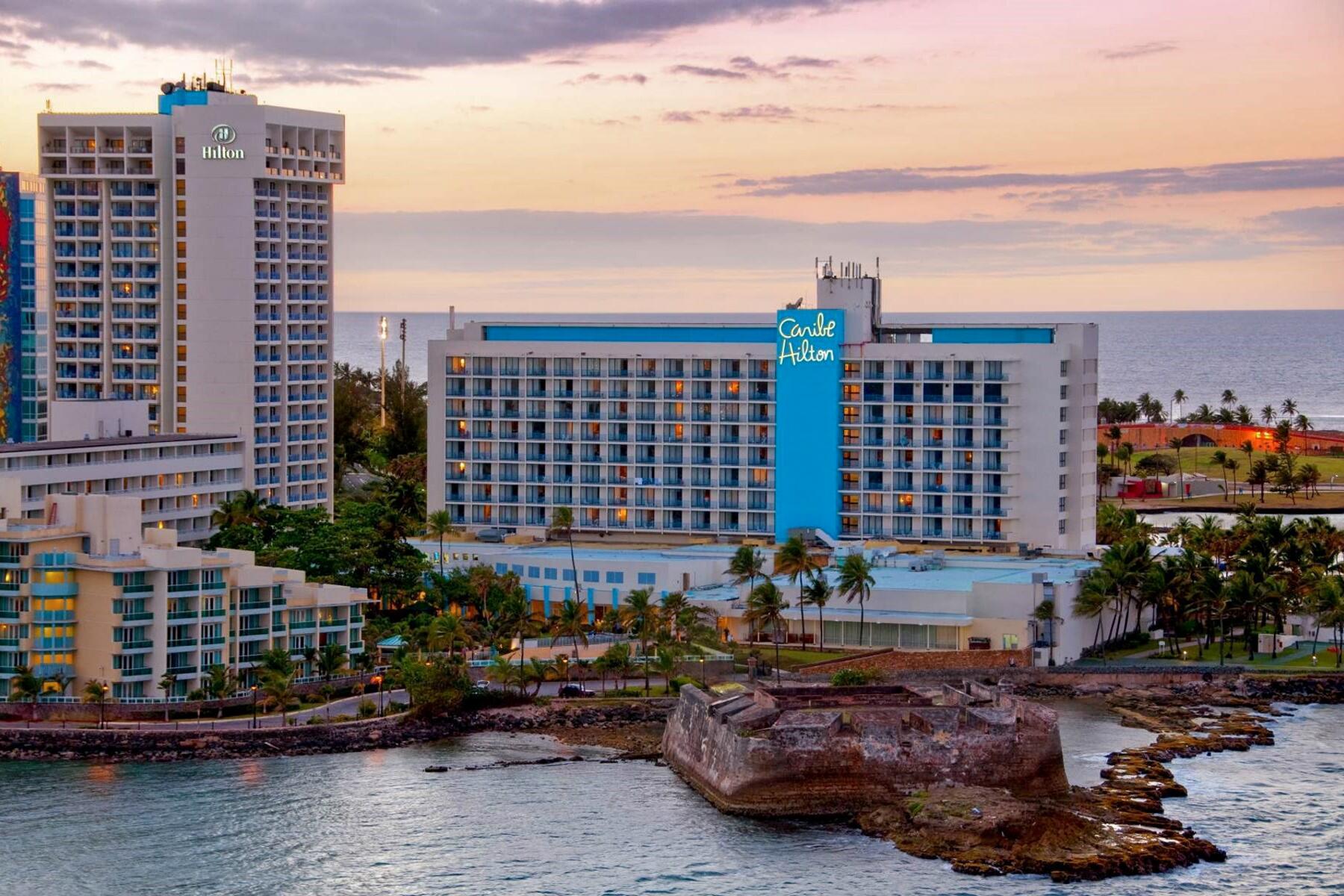 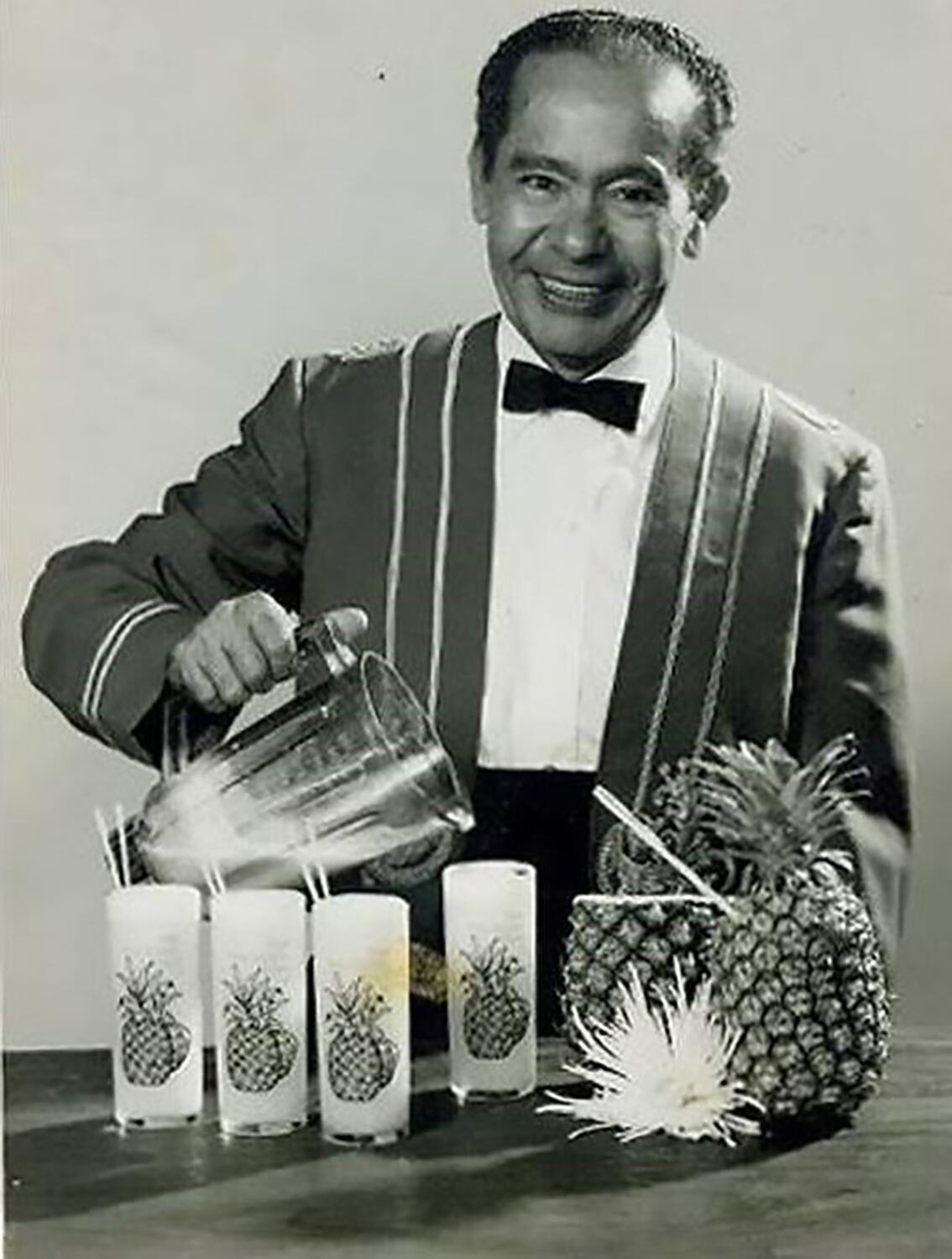 According to Old San Juan Restaurant, Barrachina, the piña colada was founded by one of their bartenders in 1963. In just a few years, it exploded in North America, and sales skyrocketed. It also became popular in markets like Hawaii and Miami due to its similar tropical aesthetic. By 1978, sales for the cocktail at the Caribe Hilton reached three million, and Puerto Rico declared it the island’s official drink. A year later, British-American singer Rupert Holmes debuted the catchy song Escape (The Piña Colada Song), which eventually became the last number-one Billboard Hot 100 hit of the entire decade. While its origin is frequently debated on the island, in 2004 the Puerto Rican government gave the Caribe Hilton a proclamation stating it was the drink’s originator.

However it’s made, and whoever makes it, the piña colada always evokes positive feelings of summer and the beach, and that’s the unifying ideal each originator had when conceptualizing the frothy cocktail.

Add the rum, coconut cream, heavy cream, and pineapple juice to a blender. Add the ice and blend until smooth for about 15 seconds. Serve in a 12-ounce glass. Garnish with a fresh pineapple wedge and a maraschino cherry.