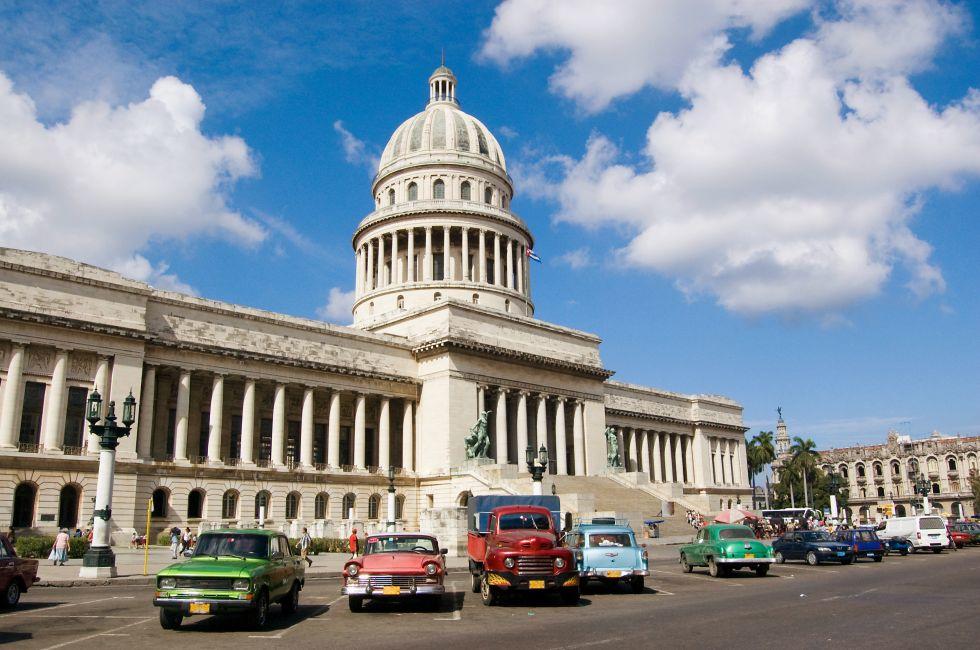 In this historic seaport, long known as the Key to the New World, classic American cars clatter along streets lined with Spanish architecture and pulsating with African and Caribbean rhythms. Old Havana's Baroque facades, massive-columned palaces, and lush patios whisper tales of Cuba's colonial past. Everywhere, Spanish, African, Caribbean, and American flavors boil in a dynamic and sensual brew.

"If I get lost, look for me in Cuba . . . " wrote Spanish poet Federico García Lorca. If you visit Havana, you'll soon understand why. The city is a mixture of opulence and decay, old world and new, socialism and capitalism, Europe, Africa, and America.

Once-elegant buildings crumble behind Corinthian columns, while an increasing number are undergoing renovations and restorations that previsage what will be a new, and hopefully glorious, unique historic city. Meanwhile, rickety 1950s Chevrolets and Oldsmobiles crisscross the capital, acting as economical community taxis while tiny motorized coco-taxis and bicycle-powered ciclo-taxis roll by. Many things here are in disrepair; yet all this seems only to add to Havana's rough allure. Graham Greene and Ernest Hemingway drank deeply of it and were inspired; Ava Gardner and Winston Churchill—to name a few—were similarly enchanted.

Havana, like the rest of Cuba, is on the brink of change, and being the capital, it's leading the charge. You'll see still the classic cars and crumbling colonial mansions the city is famous for, but clear signs of renovation and gentrification are all around. Already, Habana Vieja's main plazas and their surroundings are well on the way to being restored to their former glory, and those who still want a glimpse of the Cuba we know had better be quick.

As well as its impressive architecture decaying or restored, Havana offers an intoxicating mix of rhythms, rum, revolution and history. Its museums are fascinating and varied, covering everything from money and tobacco to African and Asian cultures, rum, ballet and even playing cards. Whatever your interests—old forts and castles, contemporary theater, decorative arts, cars, or beaches—the city has something that will please everyone.

In the last couple of years, relaxation of certain laws has meant that a wave of new accommodations options have opened up to tourists, such as private apartments or rented houses, not to mention new and inventive bars, restaurants, and paladares popping up on the scene. Today, the city has an air of excitement about it, and although it still has a long way to go, its citizens are looking forward to the future and where it will take them.

Recommended Things to Do in HavanaSEE ALL

Find the perfect tours and activities in Havana.

Recommended Hotels in Havana SEE ALL

Recommended Restaurants in Havana SEE ALL

Find the best food tours and activities in Havana. 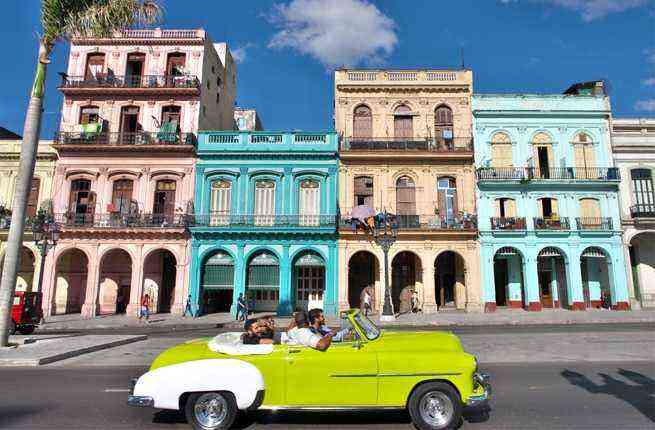 Yes, You Can (and Should!) Go: How to Do a Long Weekend in Colorful Havana
A long weekend in Havana gives you a taste of one of the hemisphere’s great repositories of colonial architecture and a thriving music scene.

How to Travel to Cuba
Here&#39;s everything you need to know about visiting this enchanting Caribbean island nation.

What to Pack: Havana, Cuba
Recently relaxed travel restrictions mean that Cuba, with its beautiful architecture and vibrant culture, is poised to become American travelers' next frontier. We've got your packing list covered.