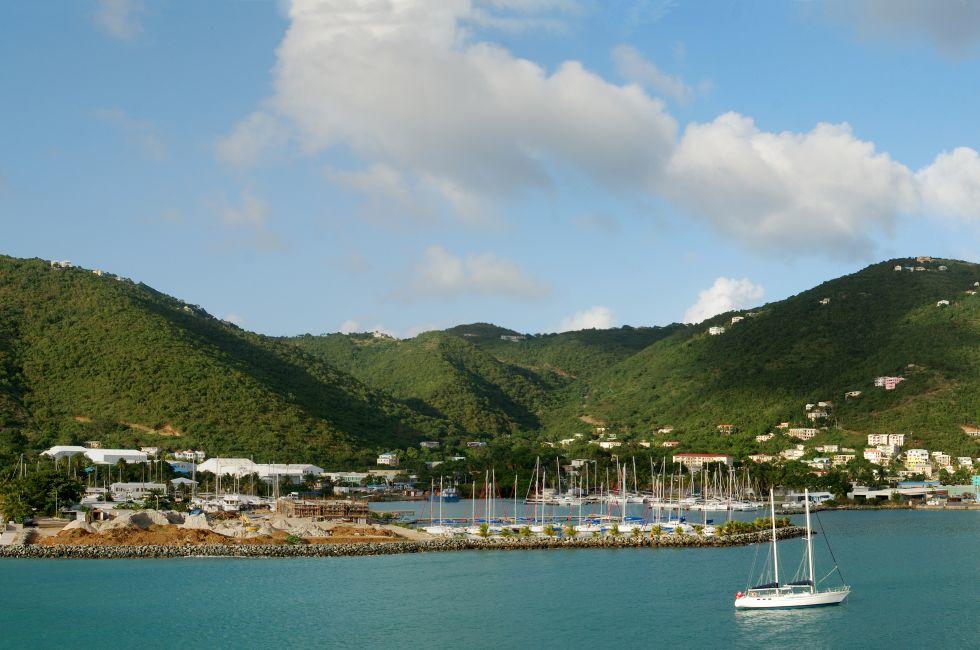 A day might not be enough to tour this island—all 21 square miles (56 square km) of it—not because there's so much to see and do but because you're meant to relax while you're here. Time stands still even in Road Town, the island's biggest community (though not as still as it did even in the early 1990s), where the hands of the central square's clock occasionally move but never tell the right time. The harbor, however, is busy with sailboats—this is the charter-boat capital of the Caribbean. Tortola's roads dip and curve around the island and lead to lovely, secluded accommodations.

Tortola is definitely busy these days, particularly when several cruise ships tie up at the Road Town dock. Passengers crowd the streets and shops, and open-air jitneys filled with them create bottlenecks on the island's byways. That said, most folks visit Tortola to relax on its deserted sands or linger over lunch at one of its many delightful restaurants. Beaches are never more than a few miles away, and the steep green hills that form Tortola's spine are fanned by gentle trade winds. The neighboring islands glimmer like emeralds in a sea of sapphire. It can be a world far removed from the hustle of modern life, but it simply doesn't compare to Virgin Gorda in terms of beautiful beaches—or even luxury resorts, for that matter.

Still a British colonial outpost, the island's economy depends on tourism and its offshore financial-services businesses. With a population of around 24,000, most people work in those industries or for the local government. You'll hear lots of crisp British accents thanks to a large number of expats who call the island home, but the melodic West Indian accent still predominates.

Initially settled by Taíno Indians, Tortola saw a string of visitors over the years. Christopher Columbus sailed by in 1493 on his second voyage to the New World, and Spain, Holland, and France made periodic visits about a century later. Sir Francis Drake arrived in 1595, leaving his name on the passage between Tortola and St. John. Pirates and buccaneers followed, the British finally laying claim to the island in the late 1600s. In 1741 John Pickering became the first lieutenant governor of Tortola, and the seat of the British government moved from Virgin Gorda to Tortola. As the agrarian economy continued to grow, slaves were imported from Africa. The slave trade was abolished in 1807, but slaves in Tortola and the rest of the BVI did not gain their freedom until August 1, 1834, when the Emancipation Proclamation was read at Sunday Morning Well in Road Town. That date is celebrated every year with the island's annual Carnival.

Visitors have a choice of accommodations, but most fall into the small and smaller still category. Only Long Bay on Tortola's North Shore qualifies as a resort, but even some of the smaller properties add amenities occasionally. A couple of new hotel projects are in the works, so look for more growth in the island's hotel industry over the next decade.

Recommended Things to Do in TortolaSEE ALL 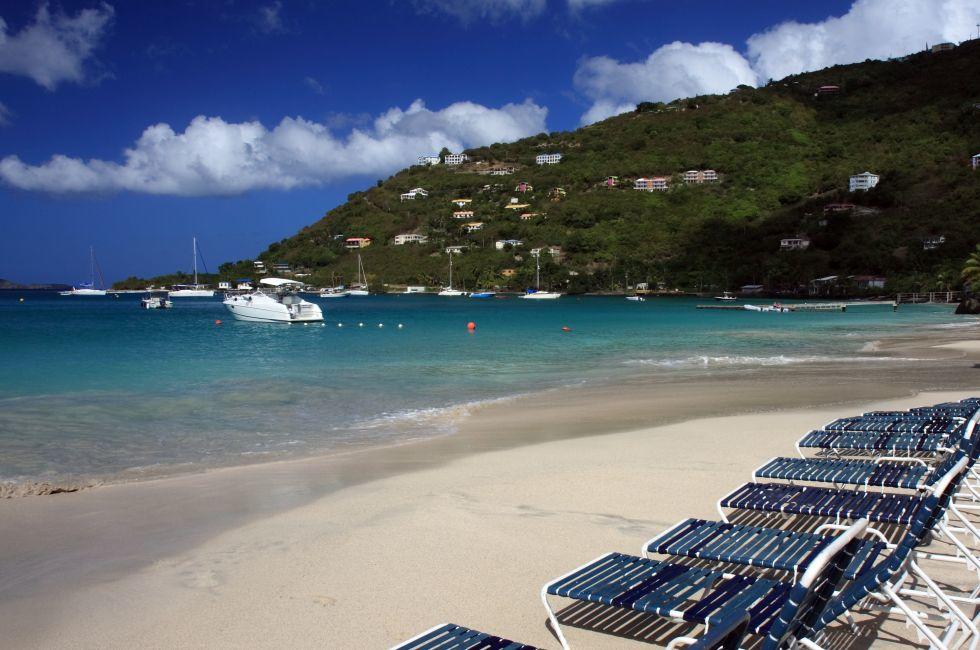 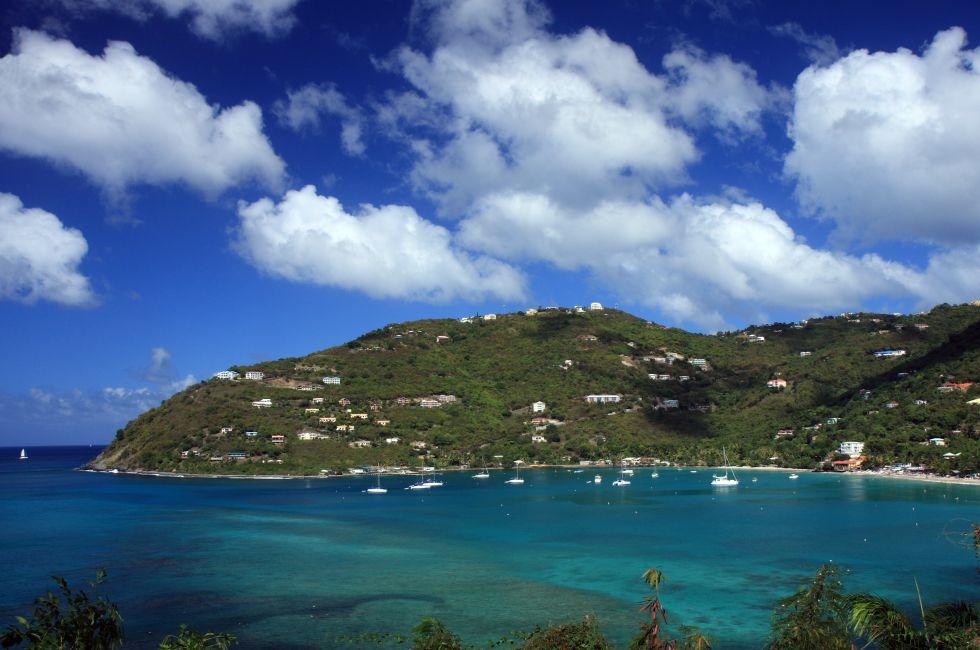 Find the perfect tours and activities in Tortola.

Recommended Hotels in Tortola SEE ALL

Recommended Restaurants in Tortola SEE ALL

Find the best food tours and activities in Tortola.

Holiday Caribbean Cruises That You Can Still Book Today
It's not too late to book a festive Christmas cruise to the Caribbean! (And, not to worry: Santa and his trusty reindeer are sure to still find you wherever you may roam during the holidays.)

15 Best Caribbean Cruises for Winter 2016
This winter, why not trade snow and cold for sun and sand as you sail around the Caribbean?

Where to Go Hiking in the Caribbean
Lying on a beautiful beach, umbrella drink in hand, can be a sufficiently fulfilling experience for an entire Caribbean vacation, and no one would ever suggest otherwise. Gorgeous ocean shores are the region's primary draw, after all. That said, head a few miles inland on many Caribbean islands, and you'll discover enchanting landscapes that are practically hidden in plain sight.