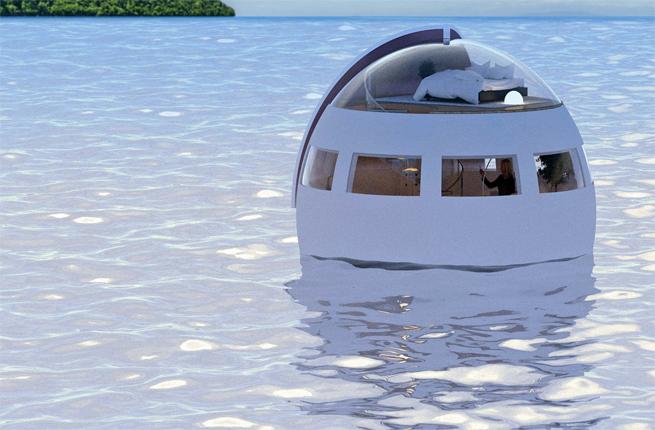 A Japanese theme park will soon offer a new experience where you go to sleep in a floating capsule in the sea and wake up on an island the next day.

Huis Ten Bosch, a Dutch-themed park in Japan that already features a hotel run mostly by robots, has plans to build spherical capsules with a bed in them—climb inside, go to sleep and nonchalantly float across an ocean.

It will cost you anywhere from $260-$350 to get into one of these small hotel pods, which will be two stories tall—the top half is the bedroom and the bottom half is the bathroom (thankfully).The pods will also feature extremely large windows so you won’t get claustrophobic—instead, you can really see that you’re slowly floating across the ocean over the course of an entire night!

The island will host numerous amounts of activities and “adventure style attractions” for guests explore when they awake from their night at sea.

At this time, it is unclear how the spheres will be monitored, so this activity probably isn’t for the anxious, insomnia prone, or people just generally worried about waking up somewhere in the Pacific Ocean. That said, find three friends (they fit up to four people) and get ready to cram into a little sphere, go to an island and do some exploring, should you get to it (which you will—don’t worry so much!). That’s what GPS is for—does GPS work in the ocean? I’m sure they’ll figure that out too. Go to sleep and float across the sea to an island; live the dream.

PLAN YOUR TRIP with Fodor’s Guide to Japan.