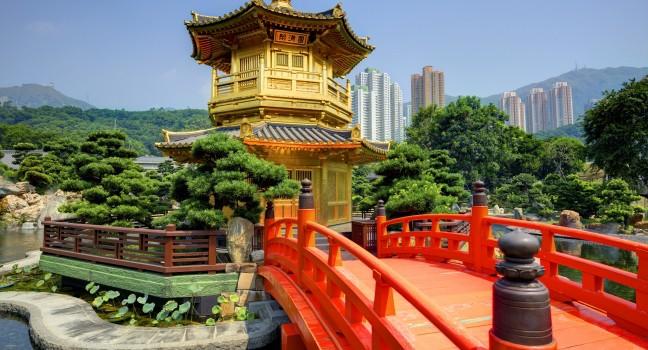 Not a single nail was used to build this nunnery, which dates from 1934. Instead, traditional Tang Dynasty architectural techniques involving wooden dowels and bracket work hold everything together. Most of the 15 cedar halls house altars to bodhisattvas (those who have reached enlightenment)—bronze plaques explain each one. The Main Hall is the most imposing—and inspiring—part of the monastery. Overlooking the smaller second courtyard, it honors the first Buddha, known as Sakyamuni. The soaring ceilings are held up by cedar columns that support the roof. The principles of feng shui governed all construction: buildings face south toward the sea, to bring abundance; they're backed by the mountain, a provider of strength and good energy. The temple's clean lines are a vast departure from most of Hong Kong's colorful religious buildings

Book an Experience at Hong Kong VIEW ALL