Beijing’s dumplings are perhaps the very greatest comfort food in the world, and they’re probably a big reason why you’ve landed in the capital city in the first place.

Droves of visitors come here every year in search of the most “authentic” jiaozi. Light and chewy, it’s all about what goes inside the little dough-pocket of deliciousness: maybe cabbage and pork, or green onion and shrimp. Boiled (shuijiao) or pan-fried (guotie), dip the dumplings in little saucers of soy and chili paste and vinegar, and your jet lag fades away.

It’s entirely possible to visit five ancient temples in Beijing in a day and stand in line for hours at Tiananmen Square to see Mao’s body entombed, but sometimes it’s the humble Chinese dumpling that brings us closest to the mysteries of the real Beijing. 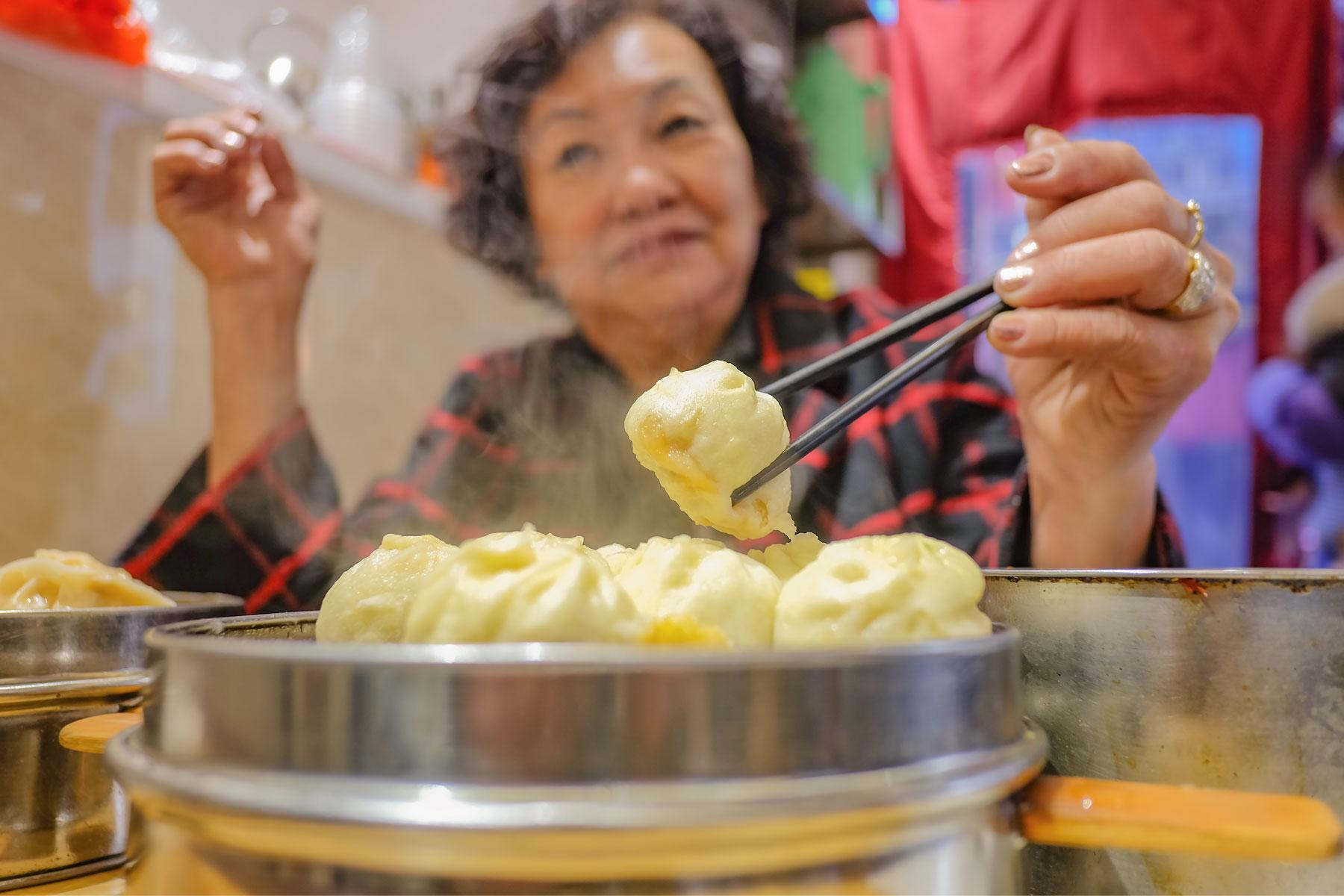 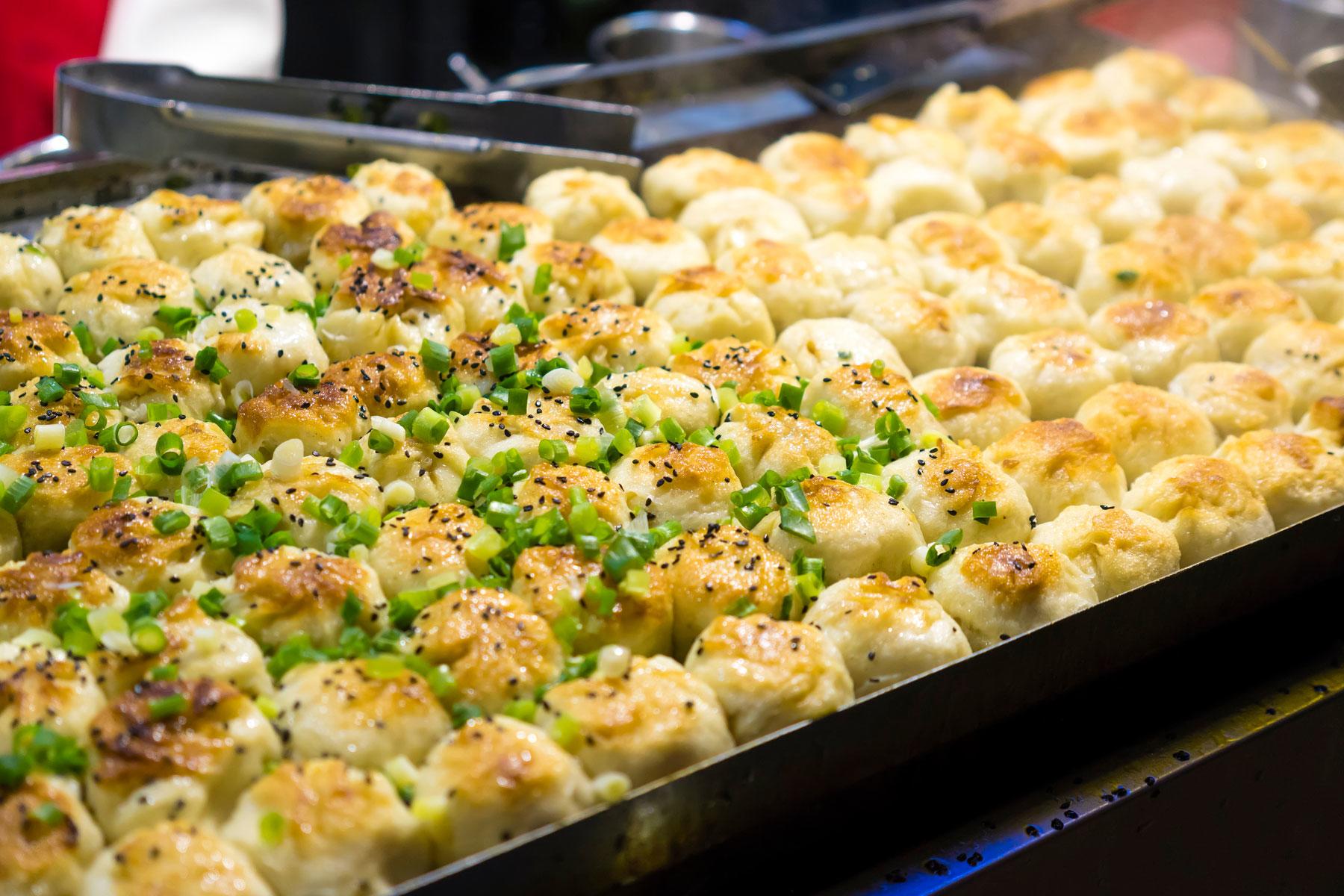 INSIDER TIPBeware. The dumplings here appear to have magical powers: they lure you into eating more than you ever thought possible and can make a foreigner feel for a moment like they’ve come home.

You couldn’t do better than to start at Mr. Shih’s at #74 Bao Chao Hutong off Gulou East Street, a maze-like neighborhood of narrow alleyways and courtyard homes. Mr. Shih is the friendly dumpling emperor who packs expats, tourists, and locals into a little courtyard house with a cultish following. Try the chicken and coriander dumplings, or basil and tomato, or curry and green chill. Some diners swoon over the lotus root dumplings here. There’s an enormous menu in English at Mr. Shih’s, and you can watch your own dumplings being made fresh from the kitchen window.

After this feast, you should rest. But if you must keep going, the Baoyuan Dumplings Restaurant is a simple, street-side dumpling house just north of #6 Maizidian Jie in the Chaoyang District, where you can have smoked bean-curd filling, or fried soy-egg rice, or mushrooms and beef. The cooks here dye the dough different colors using vegetables and fruits like spinach and carrot, and blueberry and the effect on the plate is something like a dumpling rainbow. It’s a no-frills, family-run vibe, and if you’re a Baoyuan groupie you’ll go almost nowhere else. 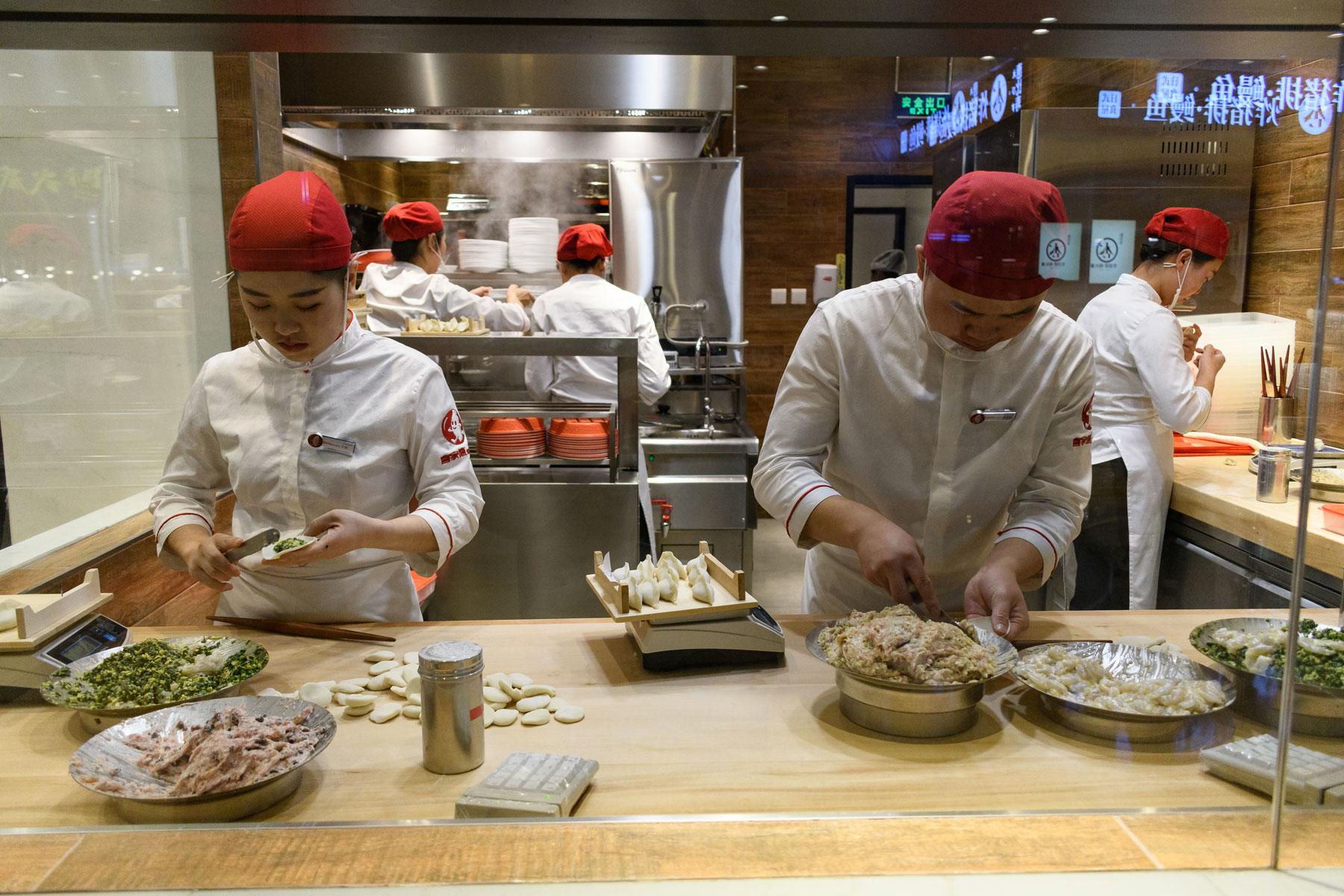 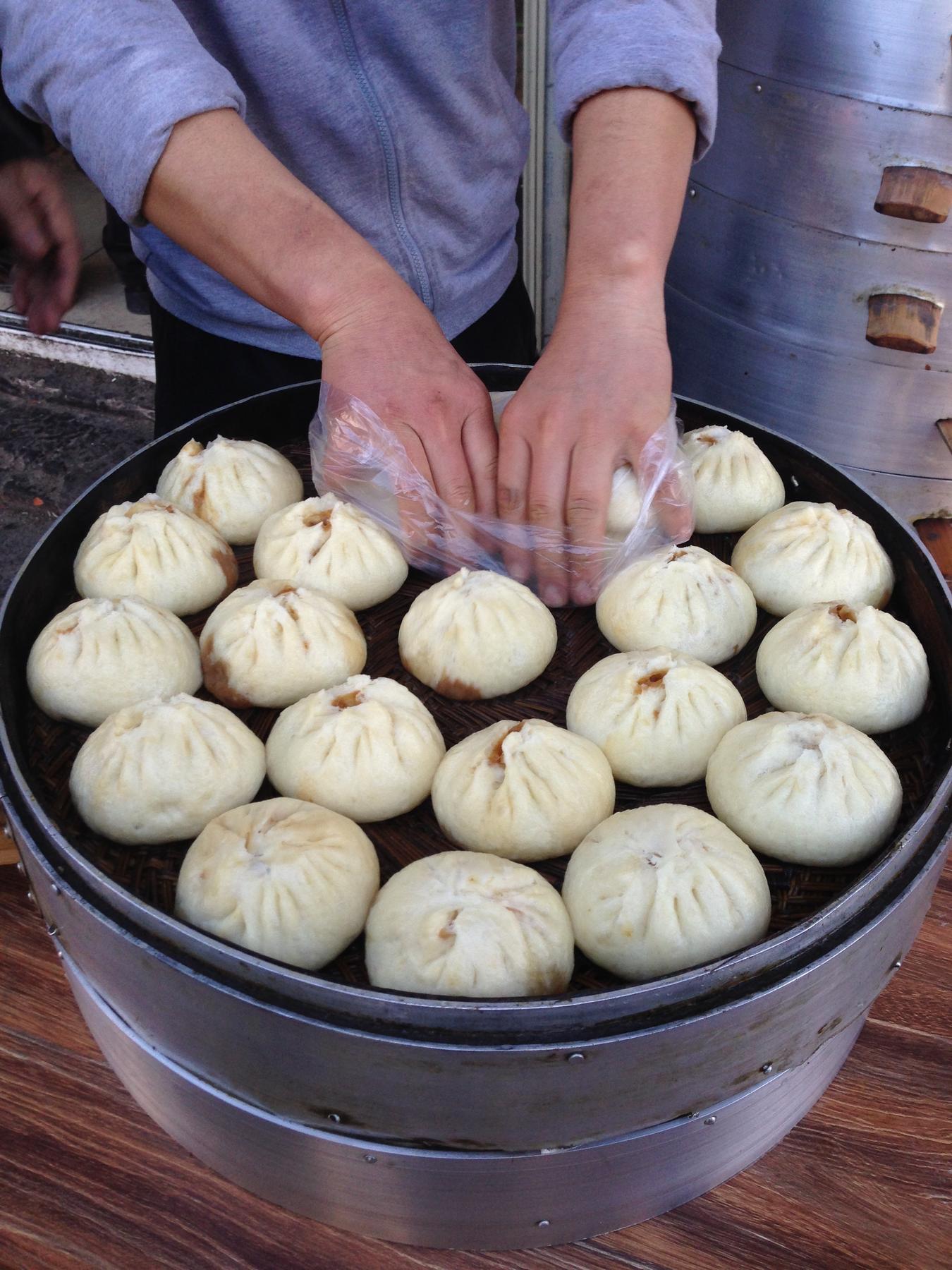 1. In Beijing restaurants, chefs often make dumplings right in front of customers. 2. Chinese dumplings on a steamer for sale. FernandoZi;Sun_Shine/Shutterstock

Din Tai Fung serves up dumplings as part of a chain of wildly popular Taiwanese restaurants, but don’t be scared off by that word “chain.” Din Tai Fung specializes in the smaller, steamed Xiaolongbao dumpling, and they’re startling good: thin-skinned and filled with mouth-watering soup broth and delicacies like fresh crab meat or slivers of shitake mushroom and pork. Here you can also try Har Gow, the delicious steamed-shrimp dumplings in translucent wrappers, seasoned with rice wine and sesame oil. Go to the original Din Tai Fung at 24 Xinyuan Xili Middle St, in the heart of the city in Sanlitun, where you can stand on the first floor and watch the kitchen staff in their crisp white-uniforms roll out the dough.

You can get even more high-brow and head next to the Country Kitchen Restaurant at the Rosewood Hotel for “forgotten” Cantonese food from the northern countryside. Though dumplings aren’t the only thing on the menu, they’re sublime here and boiled in the old-school dongbei style of the most Northern Chinese province, otherwise known as Manchuria. County Kitchen is an open concept with dark wood and weathered bricks, creating a quiet, rustic tone to go with the authentic dumplings.

To end on what some say are the very best Beijing dumplings, go to Zhang Mama in its new, large, shiny spot north of the Guloudajie subway stop at 100 Ande Lu. Zhang Mama makes Sichuan-style spicy dumplings, flavored with garlic, chilis and Sichuan peppers. The menu is in Chinese, and it’s always crowded. If you don’t speak Mandarin, point to whatever dumplings the person sitting next to you is eating and ask for those! You can’t go wrong.