News Rebecca Toy Rental Car Prices Are Destroying Travel Plans. Here’s What You Can Do.

This community-led project in Uganda is turning elephant dung into paper crafts, using the funds to change the lives of women and protect its elephant population.

“Don’t worry, it doesn’t smell,” Moses Agaba tells me, smiling, as I lift a piece of paper to my nose. Apparently, I’m not the first to hesitate while doing this.

Agaba is the program coordinator of Kataara Women’s Poverty Alleviation Group (KWPAG) in western Uganda, which works to combat community hardship by making crafts from a local material that is free and in plentiful supply: elephant dung.

Agaba and I are talking in the gift shop and production center of KWPAG in the village of Katara, which is on the border of Queen Elizabeth National Park. When I arrive, a group of women are sitting on the veranda making beads from strips of elephant dung paper and stringing the beads onto necklaces. These necklaces are for sale inside the shop, alongside earrings, stationery, photo frames, and baskets. The versatility of elephant dung is astonishing—even more so when you learn it has also helped the community bring an end to human-elephant conflict here. 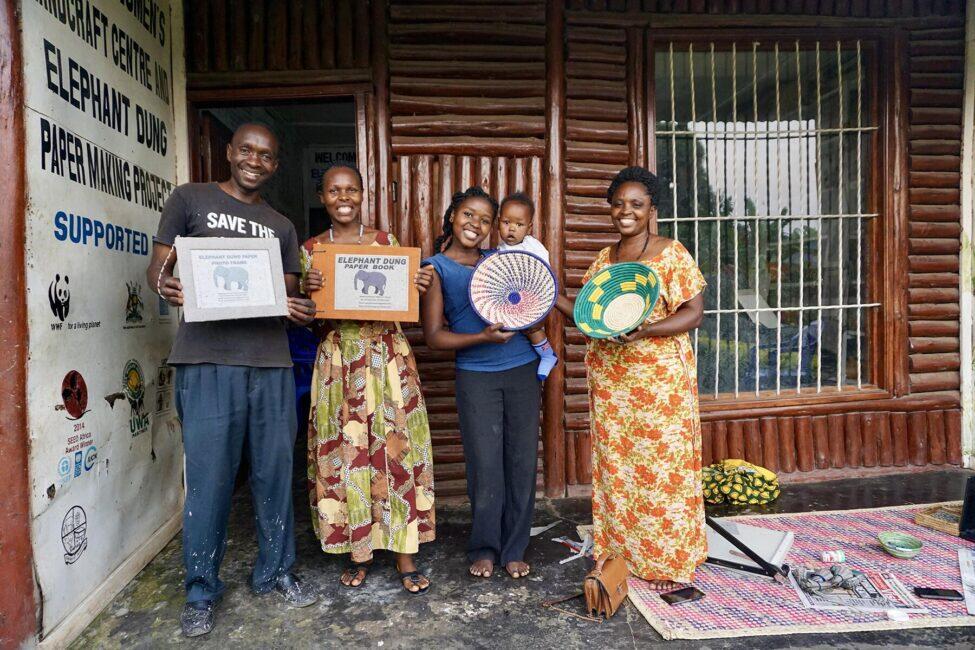 During the political turmoil of the 1970s and 1980s, poachers decimated the elephant population in Uganda, with it dropping from an estimated 30,000 elephants to less than 800. Growing regional stability, increased ranger patrols, and conservation efforts have helped the numbers inch back up, and there are now around 3,000 elephants in Queen Elizabeth National Park alone. But human-elephant conflict remains a problem. In Katara, farmers have used poison to prevent the elephants from trampling their crops. Others have been slain by poachers for ivory or meat. The poachers have often been killed in altercations with the rangers, leaving many women in the village widowed and perpetuating a cycle of poverty.

In 2005, looking around at the elephant dung deposited in the community’s gardens, Agaba came up with the idea for KWPAG. “Without crops to sell, the women had no money to send their children to school,” Agaba explains. “We mobilized the women of the community so they would benefit from tourism and conservation.” An initial group of ten women started to collect the elephant dung and learned how to turn it into paper for making crafts to sell to tourists and the surrounding hotels and lodges. Today, KWPAG has grown to over 60 members, five of whom are men, including some reformed poachers. “Now the whole community is elephant friendly,” Agaba says.

Part of the success of the project is that everyone in the chain of production benefits, from the dung collectors who make $3 USD per basket to the shop traders—and, of course, the elephants. The funds from sales are distributed thoughtfully to build community resilience and incentivize elephant protection. KWPAG makers get 25% of sales, 20% is given as compensation to those whose crops are destroyed by elephants, and 50% goes to the group’s saving and credit scheme, where members can take out small loans at low interest rates. Women have used the loans to start businesses—such as buying fresh coffee to dry or purchasing second-hand clothes to resell —and to pay school fees or build better homes. The final 5% goes to children orphaned by poaching. “We want them to grow up loving the park and protecting the park for future generations,” Agaba says. It’s a closed-loop system aiding the twin needs of the community and conservation. 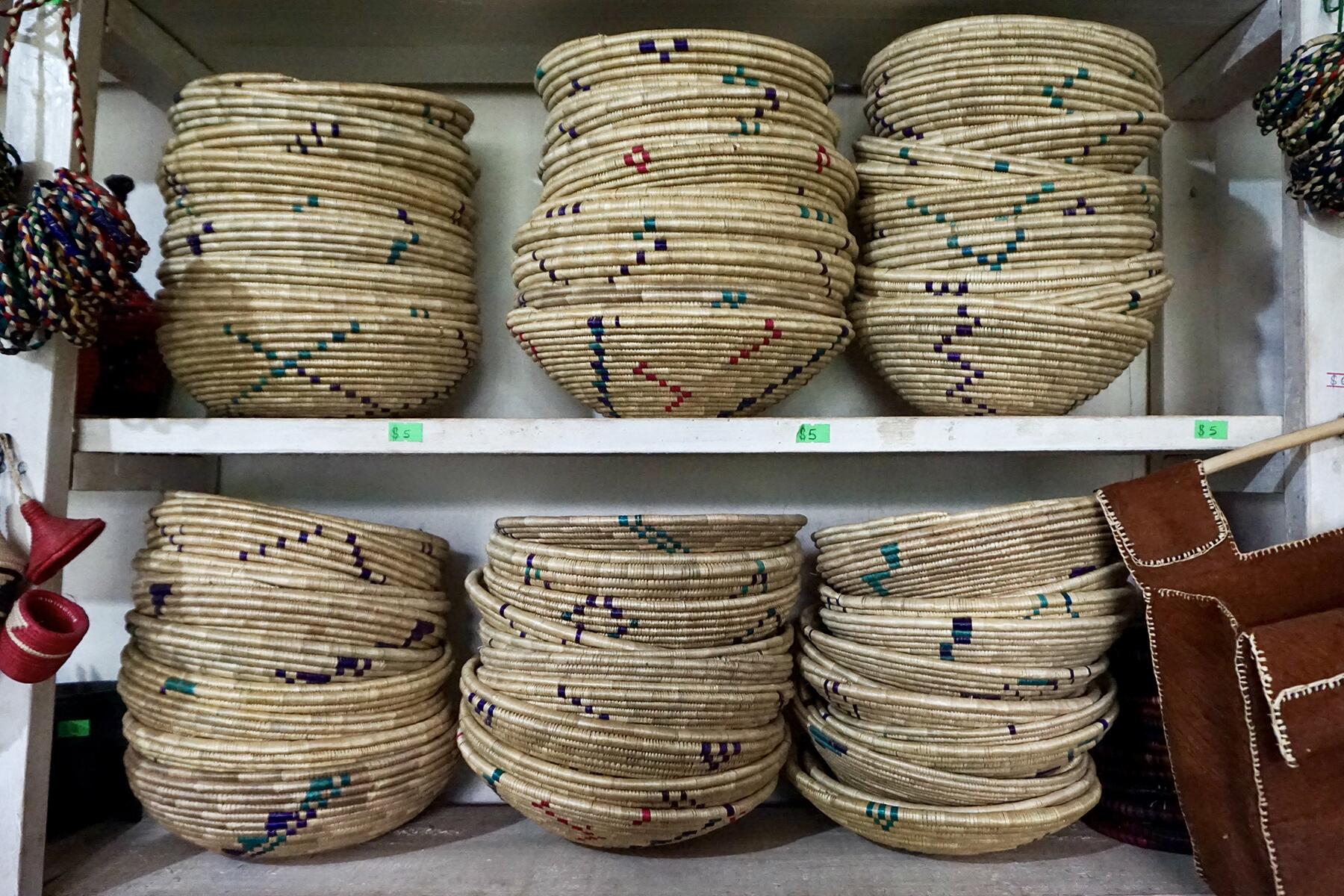 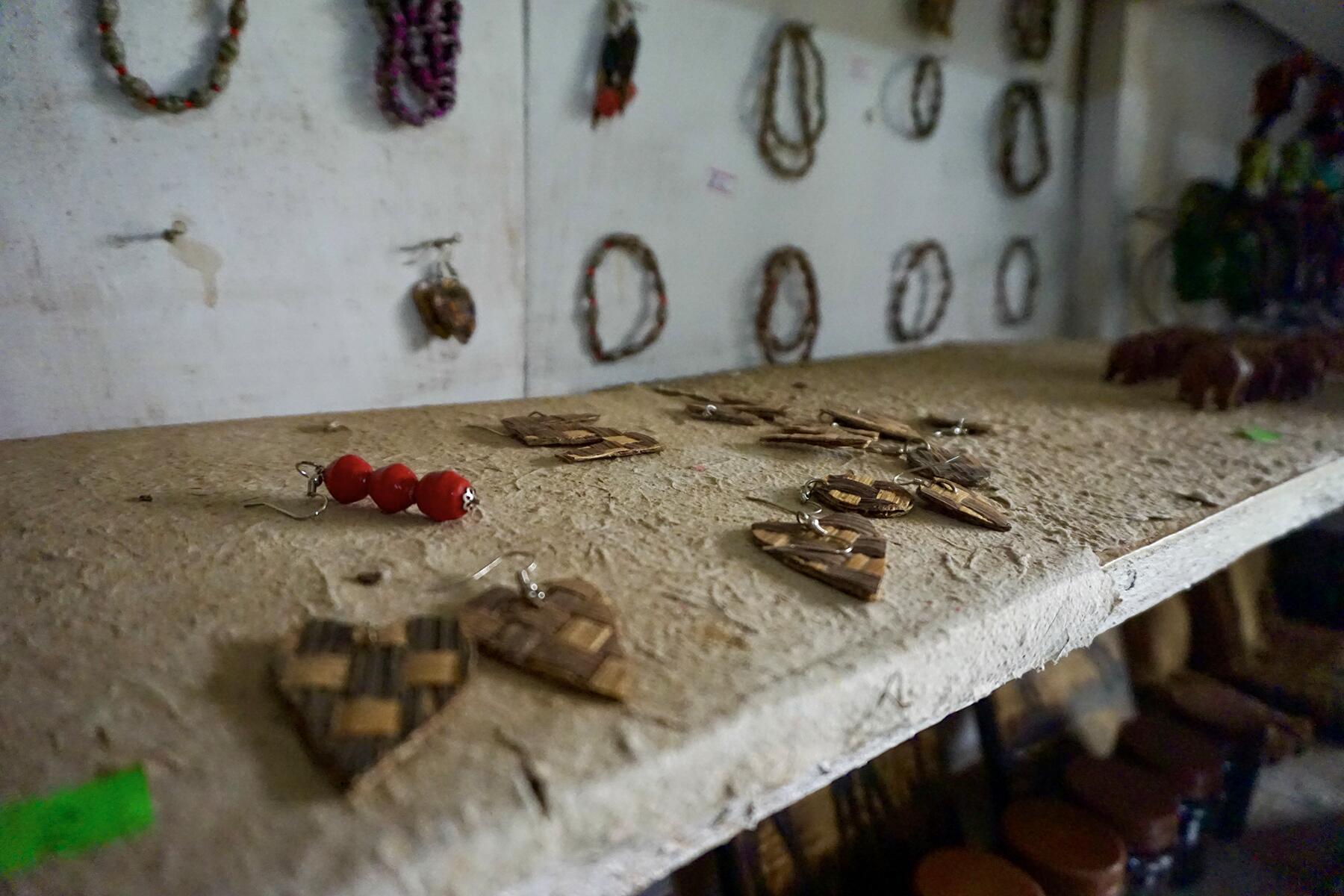 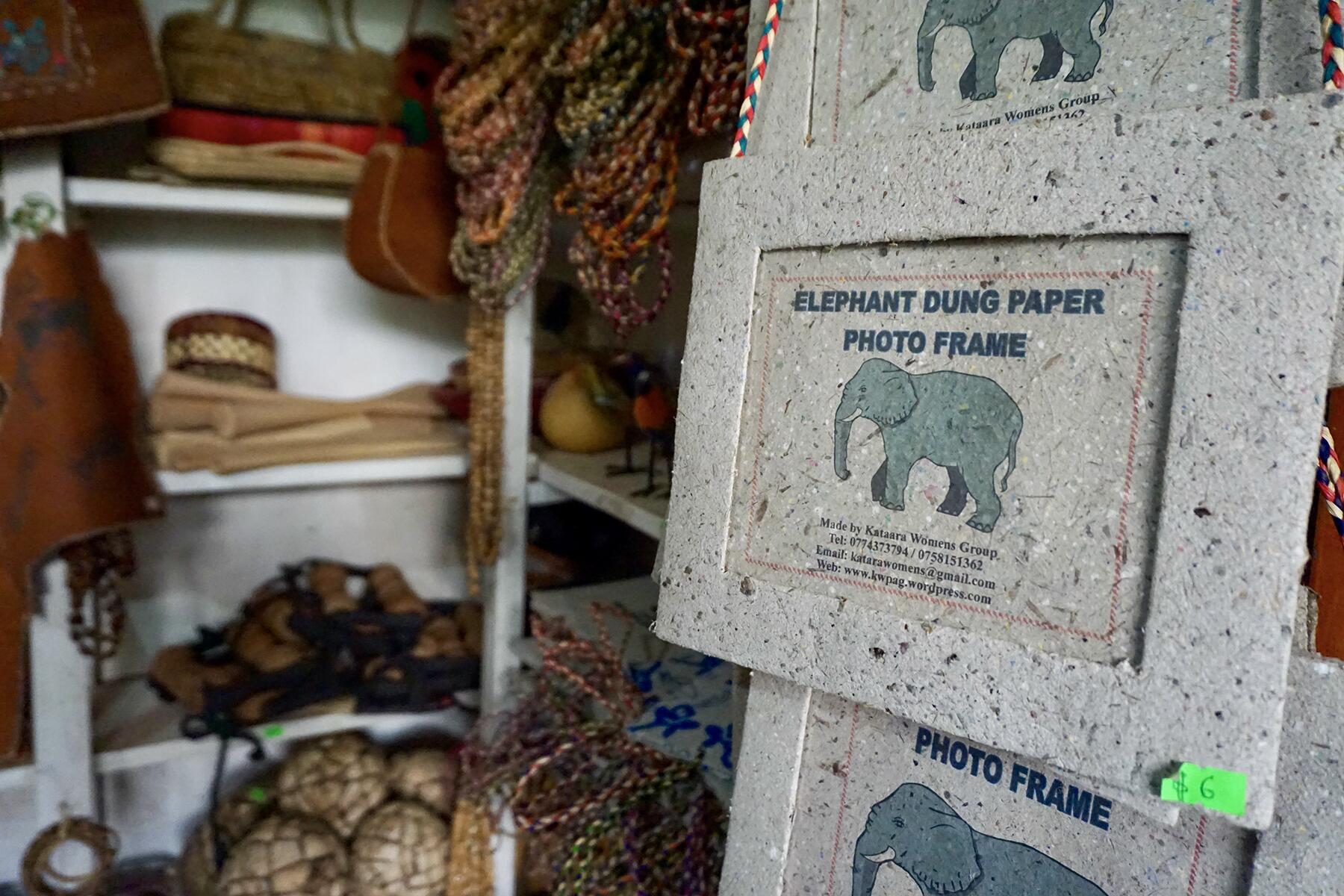 The process is straightforward. The dung, which is packed with grass and other plant fibers, is boiled for many hours to clean it—using no bleach or chemicals—and then the fibers are processed and pressed into paper. According to the World Wide Fund for Nature Uganda, which supported the group’s foundation, an elephant eats 250 kilograms of food each day, of which about 50 kilograms of dung is produced making a potential 125 sheets of (A4 size) paper.

KWPAG is the first of its kind in Uganda—though there are similar projects in Kenya—and it offers a model of success to resolve human-elephant conflicts. Aided by grants from United Nations Development Programme, Agaba is helping train people in other villages surrounding Queen Elizabeth National Park. In 2014, the group’s efforts were commended with a SEED Award, which recognizes innovative and locally-led social and environmental enterprises. The grants have helped grow the organization. Now they also make elephant dung-based briquettes, which can be used as fuel for stoves. The goal is to prevent people from encroaching on the national park in search of firewood.

Member Fatima Barughare tells me how the income from the project has helped improve the lives of members and the wider community, with many small businesses starting and more women being able to send their children to school, including herself. Right now, she’s focused on the group’s next goal: building 900 more beehives on the boundary of the park as a barrier to stop the elephants from wandering into the village gardens. As it turns out, elephants are scared of bees.