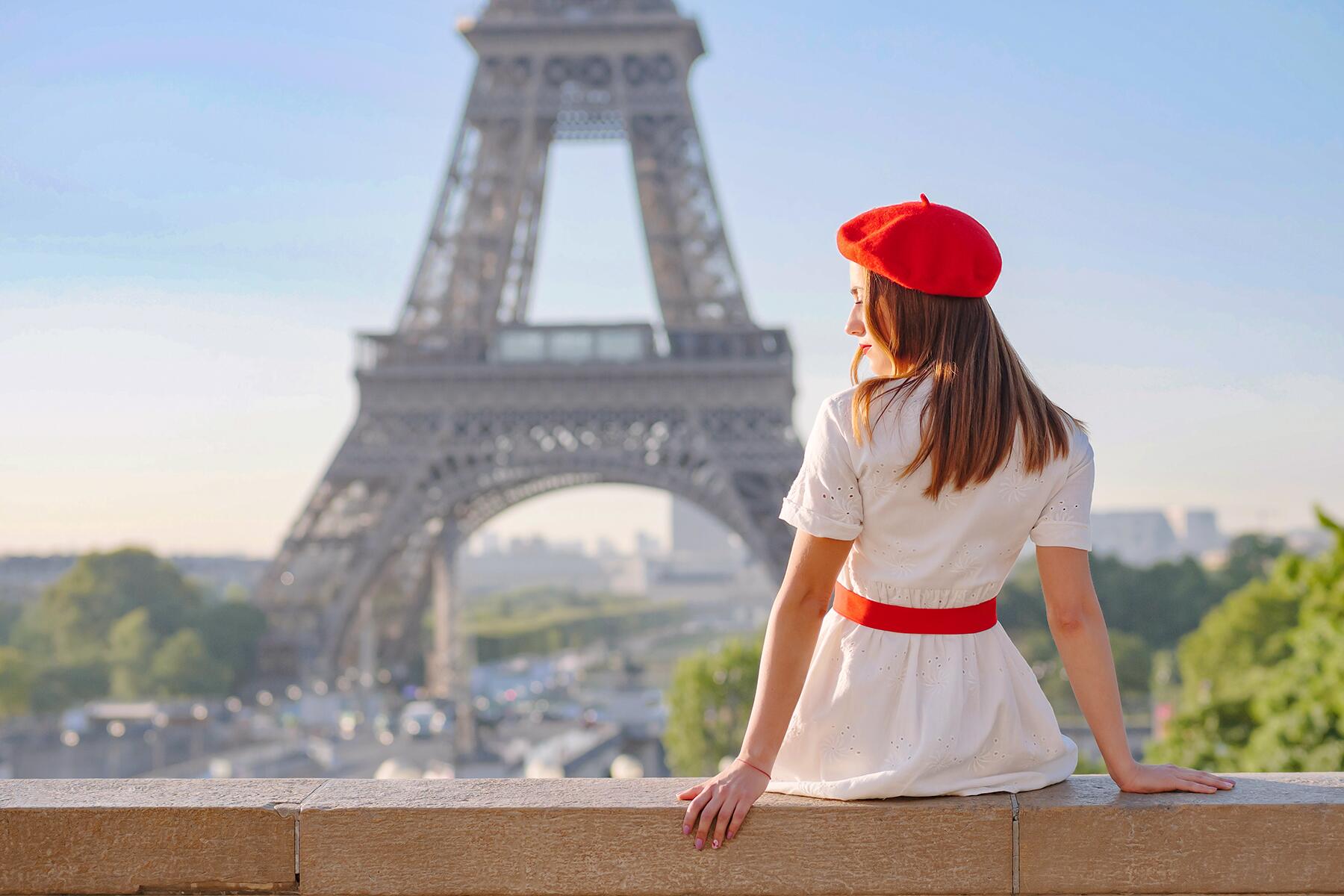 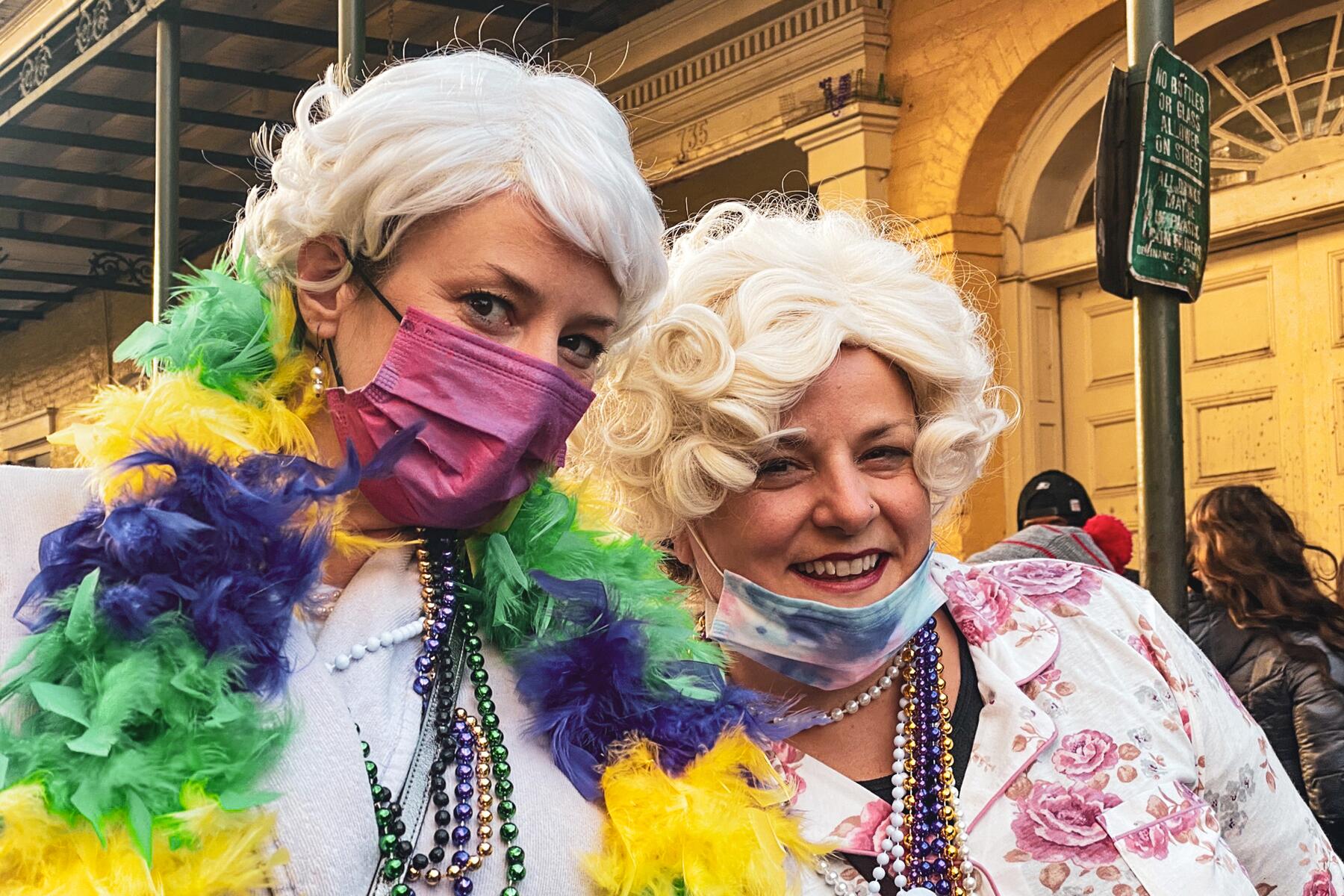 Morocco’s cultural capital is unlike anywhere else on the planet.

Morocco has four imperial cities. Fez was founded by Idris I in 789, making it the oldest of the bunch. However, its rise to power didn’t happen overnight. It wasn’t until the Marinid era that Fez reached its peak, dethroning Marrakech as the capital. Much of the ancient part of the city dates back to this prosperous period. Which brings us to Fes el Bali—far from the only medina in Morocco, but certainly the most magical. Why? Well, for starters, it’s the largest car-free urban area in the world.

Inside its medieval walls is an intriguingly paradoxical place that’s at once chaotic and calm. Half the population lives in this crowded warren of narrow passages, mosques, souks, artisan workshops, madrasas (institutions for Islamic instruction), and humble homes. The sounds of daily life, multiple languages—namely Arabic, Berber, and French—and muezzin (the call to prayer) echo through the corridors. Is it overwhelming? Perhaps. But each and every colorful piece contributes to the complexity of this centuries-old puzzle. 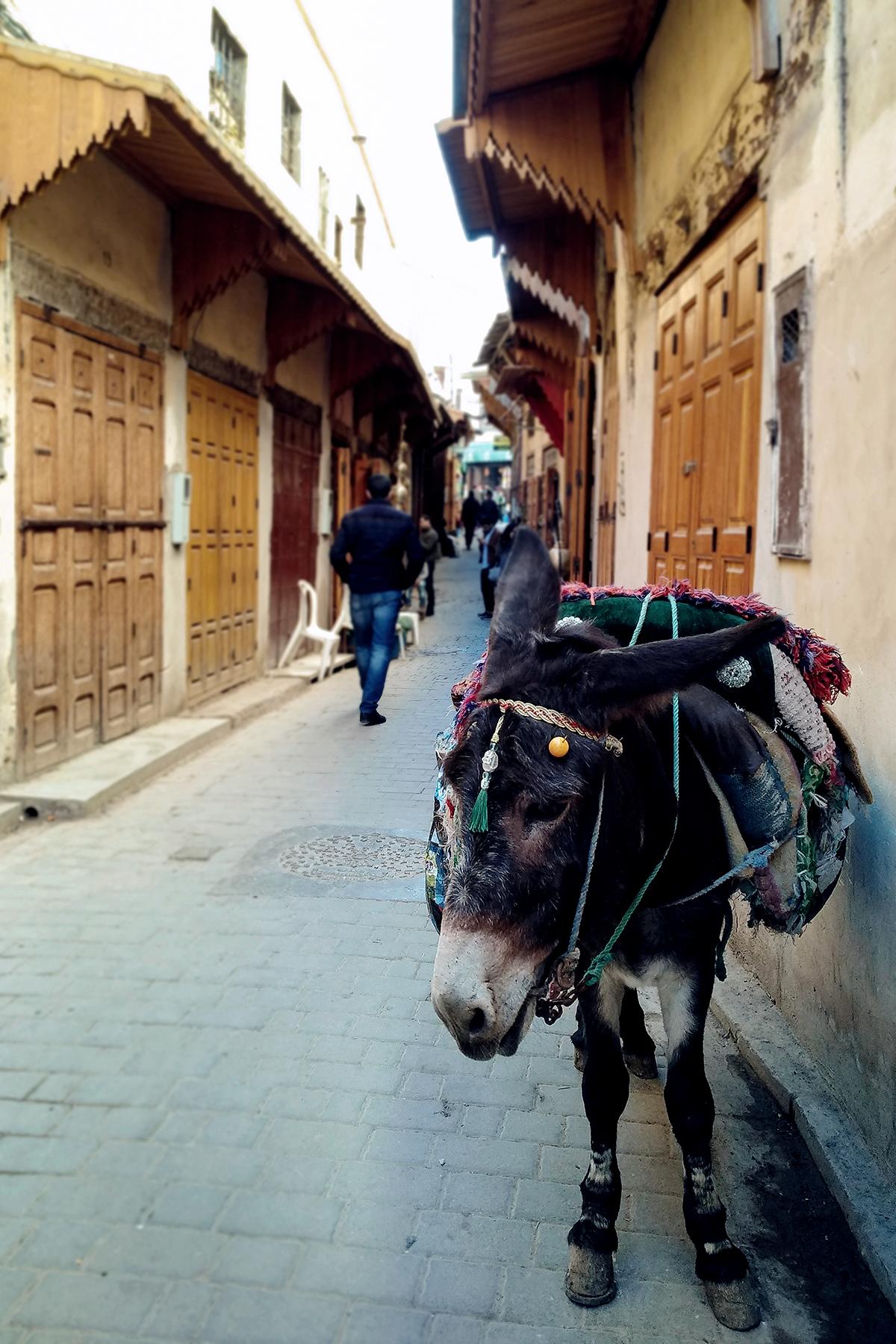 The Middle Ages Are Alive

Visiting Fes el Bali is akin to stepping back in time. This enchanting labyrinth remains much as it did centuries ago—madrasas, mosques, hammams, fondouks (inns used by traveling merchants and livestock), and donkeys pulling carts along the cobbled lanes. Will you get lost in the maze of over 9,000 alleyways and blind turns? Probably. So, our advice is to book a guided walking tour through a reputable company like Plan-it-Morocco. 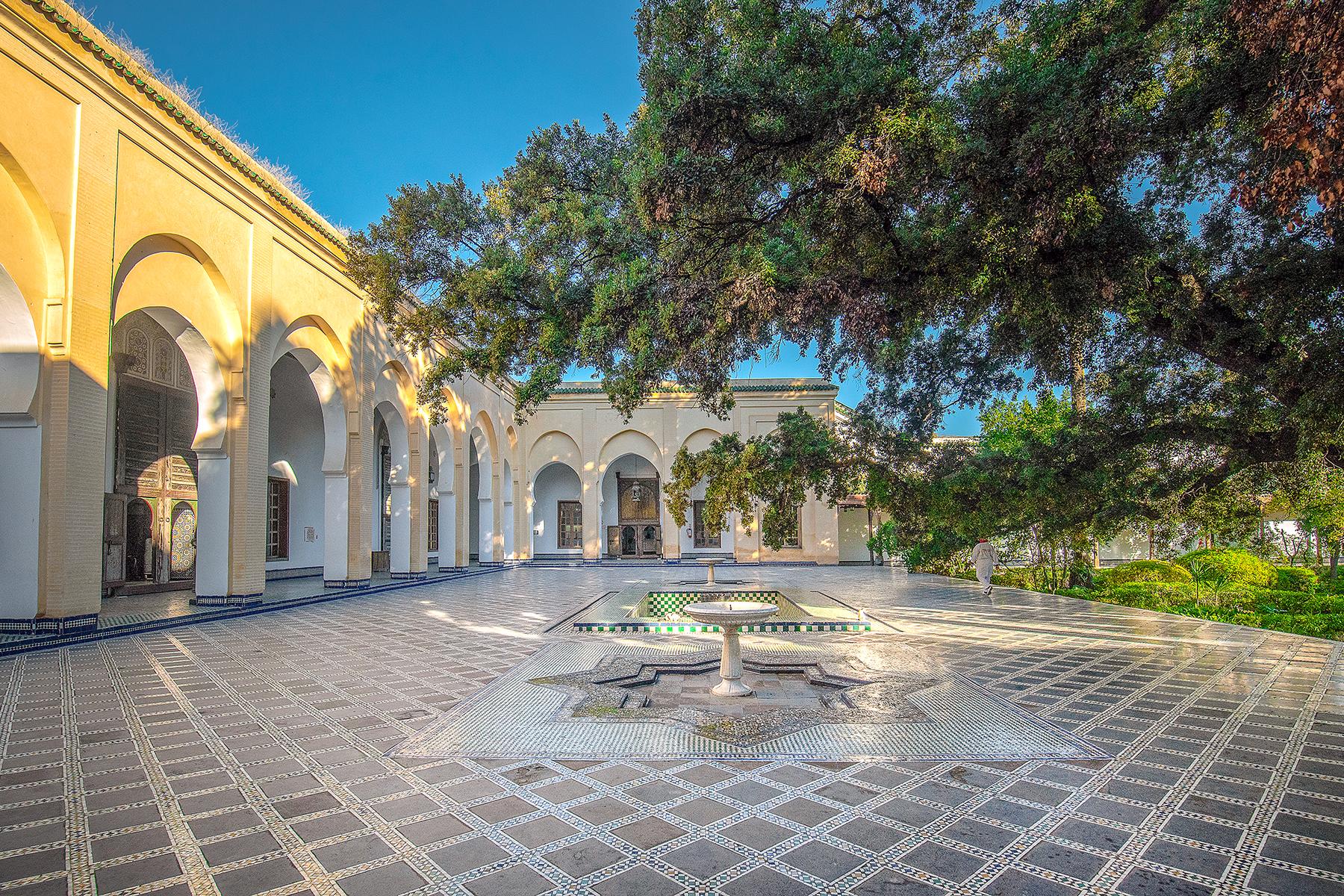 Widely regarded as the best-preserved medina in the Arab world, Fes el Bali is a giant exhibition dedicated to Moroccan history and heritage. Significant sites abound, from madrasas and military memorials to palaces—some of which, such as Dar Batha, have been converted into museums—and religious landmarks like Djemaa el Kairaouine. (It’s important to note that non-Muslims are not permitted to enter mosques, however, you can peek inside.) 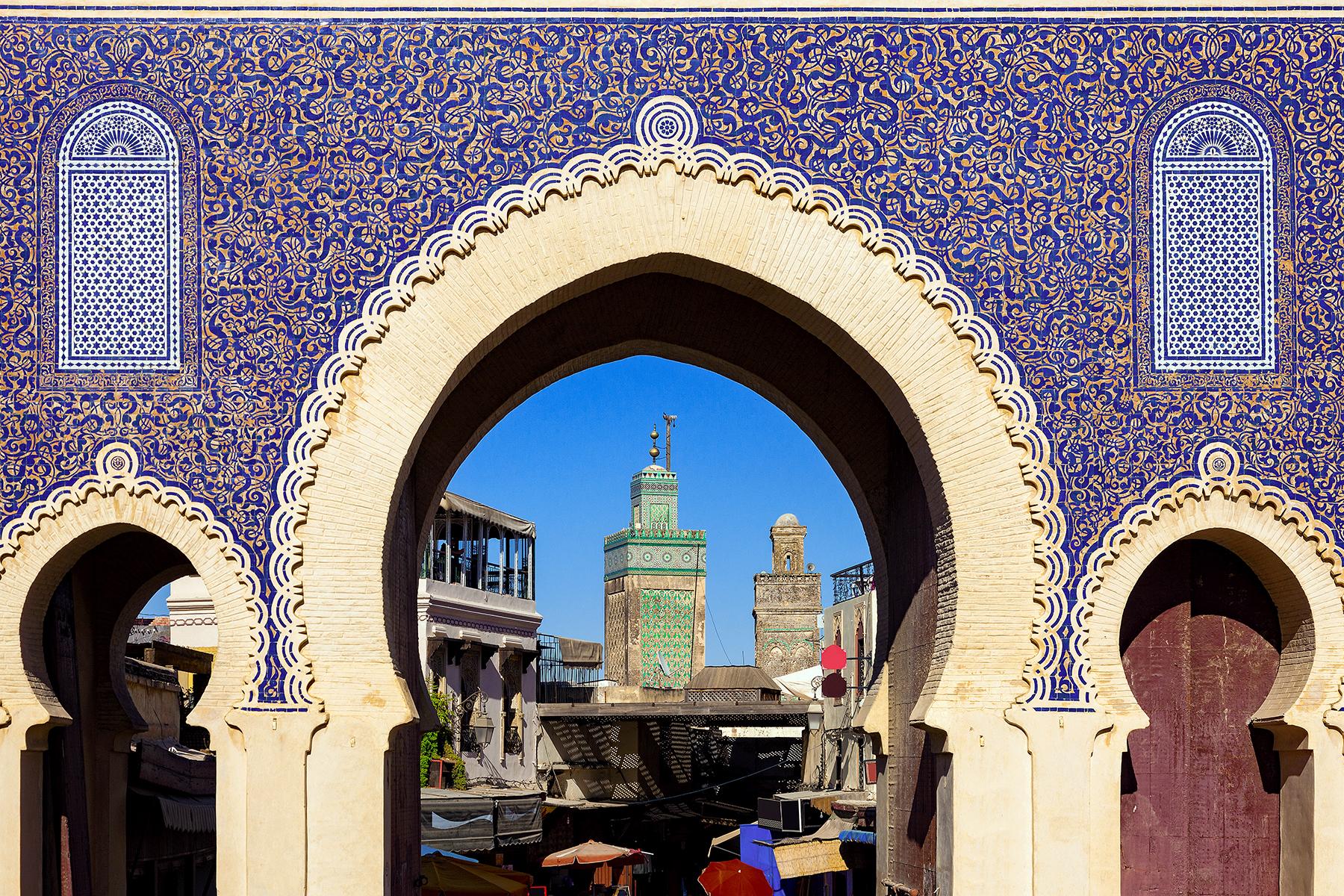 Islamic Architecture Is on Display

While many centuries and cultural influences have left a mark on the buildings in Fes el Bali, the impact of Islamic design is most evident. An extraordinary example of medieval Marinid architecture can be found at Madrasa Bou Inania. The interplay of ornate zellige (mosaic tilework), carved plaster, and cedar mashrabiyas harkens back to a bygone era. And the towering green-tiled minaret rises above for all to see. Privacy is also very important in Islamic society. Hence the conception of riads, traditional Moroccan guest houses with central courtyards. 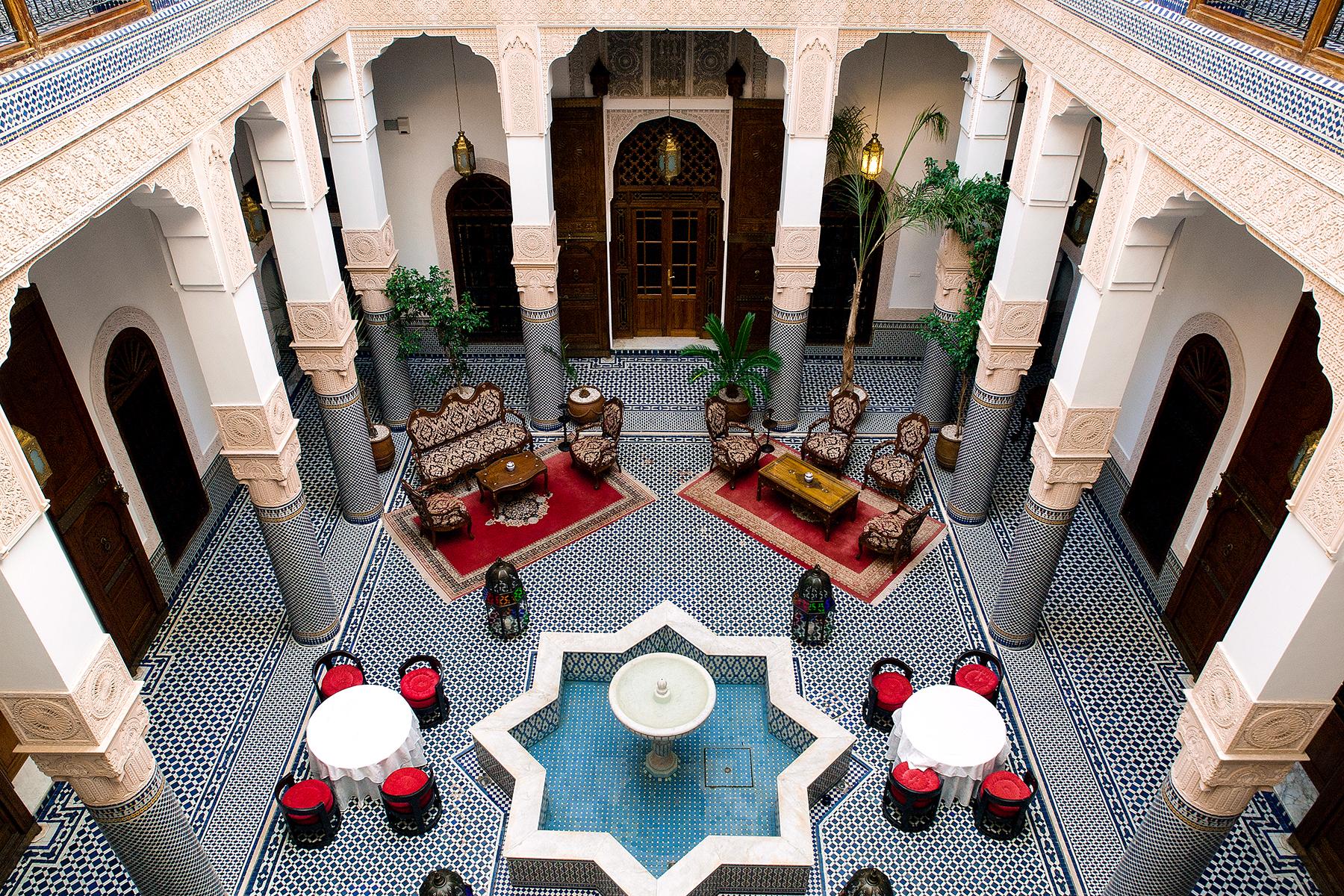 The Opportunity to Stay in a Riad

Speaking of which, many of the riads within the city’s fortified center have been transformed into boutique B&BS. (Standouts include Dar Victoria and Riad Numero 9.) The setup is extremely well-suited for weary travelers as the inward-facing rooms offer a sense of quiet. Plus, the Andalusian-style courtyards with fountains are both peaceful and picturesque. In contrast to the opulent palaces, mosques, and stately riads, most residences are slightly more modest. These fortress-esque dwellings are composed of tall white stucco walls and intricate wooden doors, while a lack of exterior windows enhances the secrecy. It’s almost impossible to imagine what might be going on inside—and that’s no accident. Seclusion and protection are a top priority as they have been for centuries. 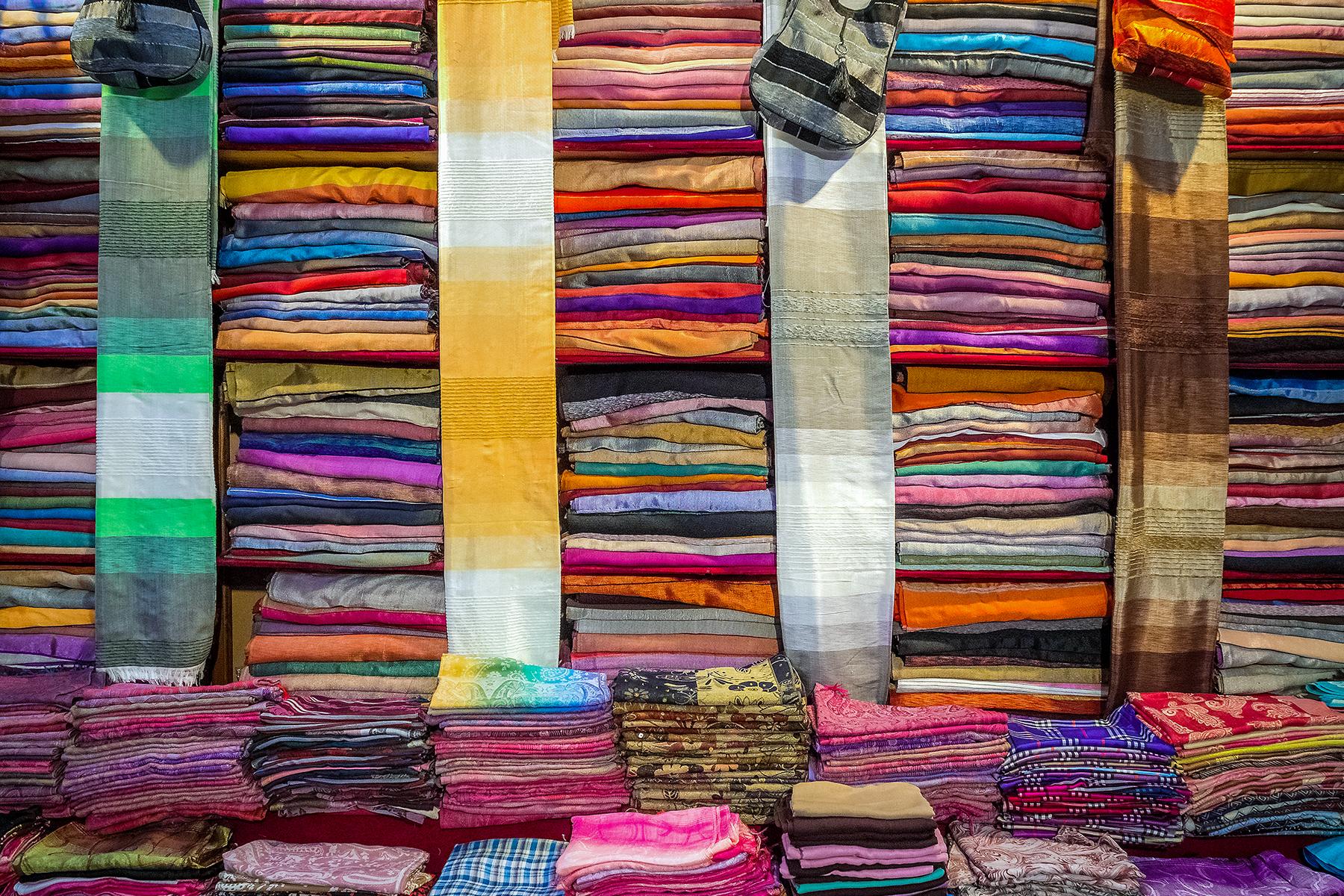 Whether you’re looking for authentic souvenirs to gift friends and family or exotic mementos to bring some flavor to your pad, you’ll find ‘em in Fes el Bali. The vibrant souks and kissaria (covered markets) sell everything from Berber rugs and henna to silk caftans and decorative ceramics. Just be prepared to barter, as is customary. There Are Fascinating Food Stalls

Vendors hawk luscious dates, fragrant spices, and sweet pastries. The butcher stall proudly showcase severed cow heads like a badge of honor. Steps away, you’ll spot a djellaba-clad man cutting up seafood. At times the aromas can be intense, even a bit unsettling, but that’s all part of daily life in Fes el Bali. 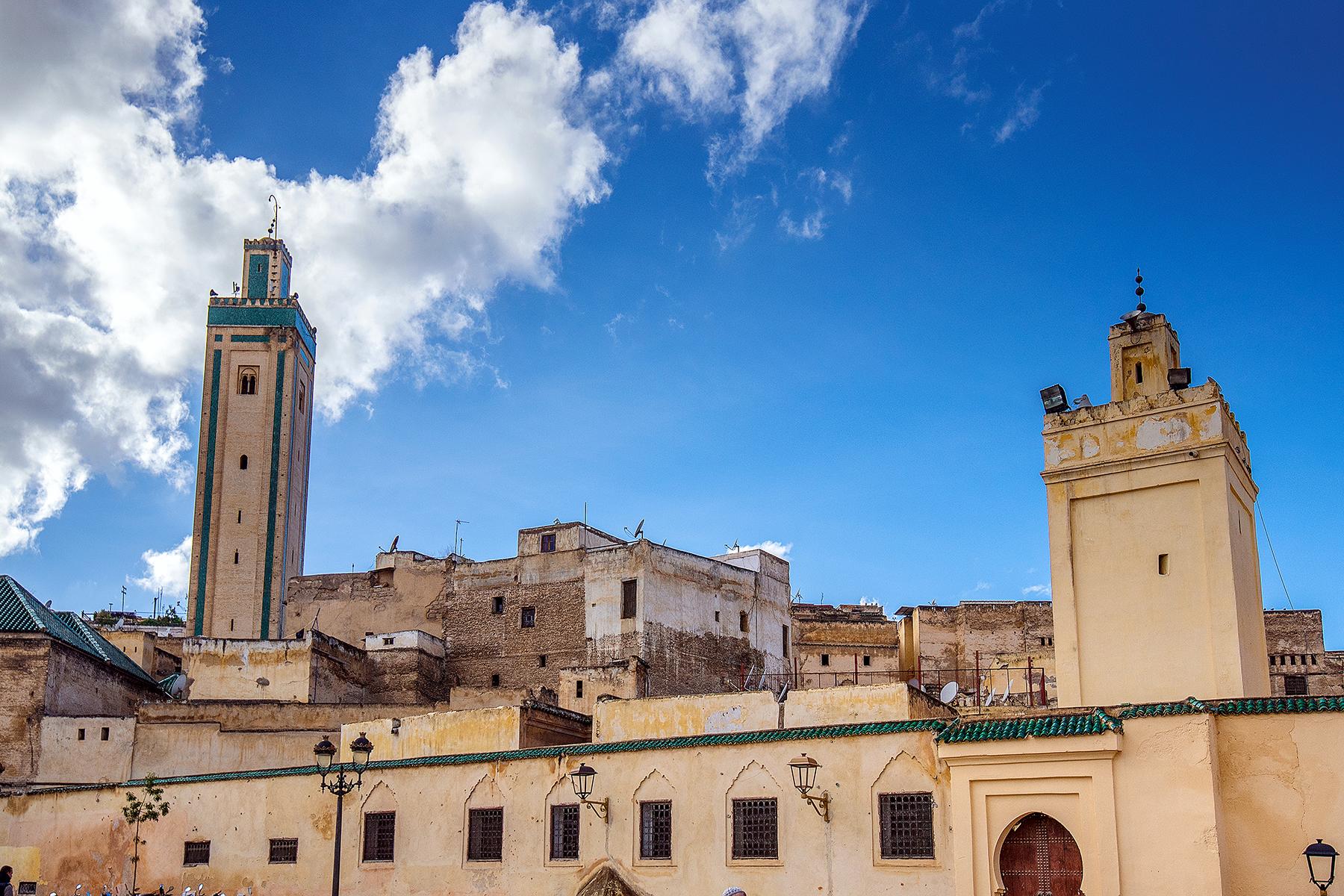 Nicknamed the “Athens of Africa,” Fez is an ancient epicenter of education and religion. Do you know where the OG library is located? Khizanat al-Qarawiyyin boasts thousands of priceless manuscripts and texts, including a ninth-century Quran written in Kufic calligraphy. Fes el Bali also houses the University of al-Qarawiyyin, the oldest continuously operating institution of higher education in the world. 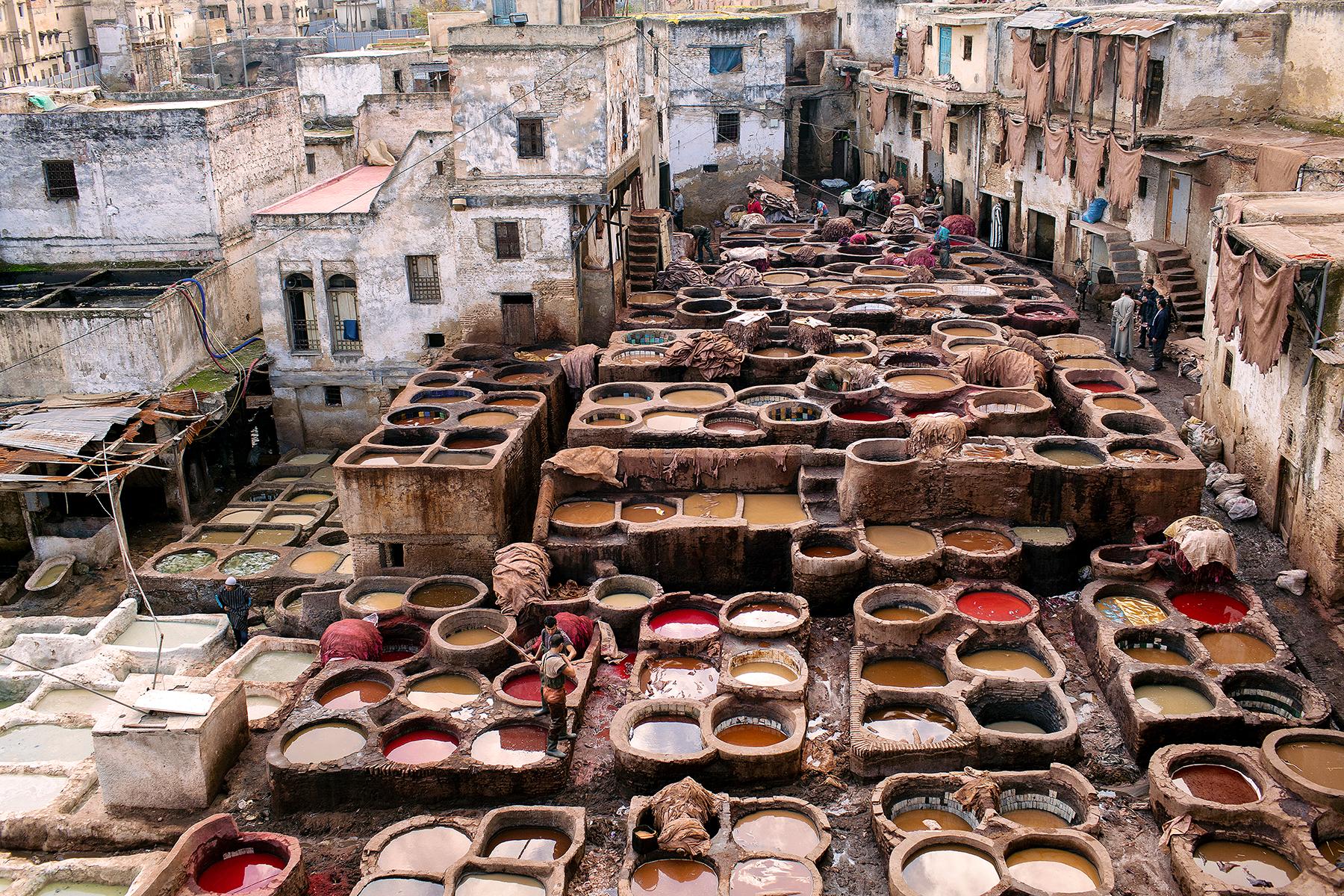 You Can Visit Chouara Tannery

Among the most famous photos of Fes el Bali are taken at Chouara Tannery, which happens to be one of the most popular attractions in the city—and rightfully so. A trip to this iconic place is an incredible, sensorial journey. The sights, smells (for better or worse), and stunning leather goods are something you won’t experience anywhere else on the planet. 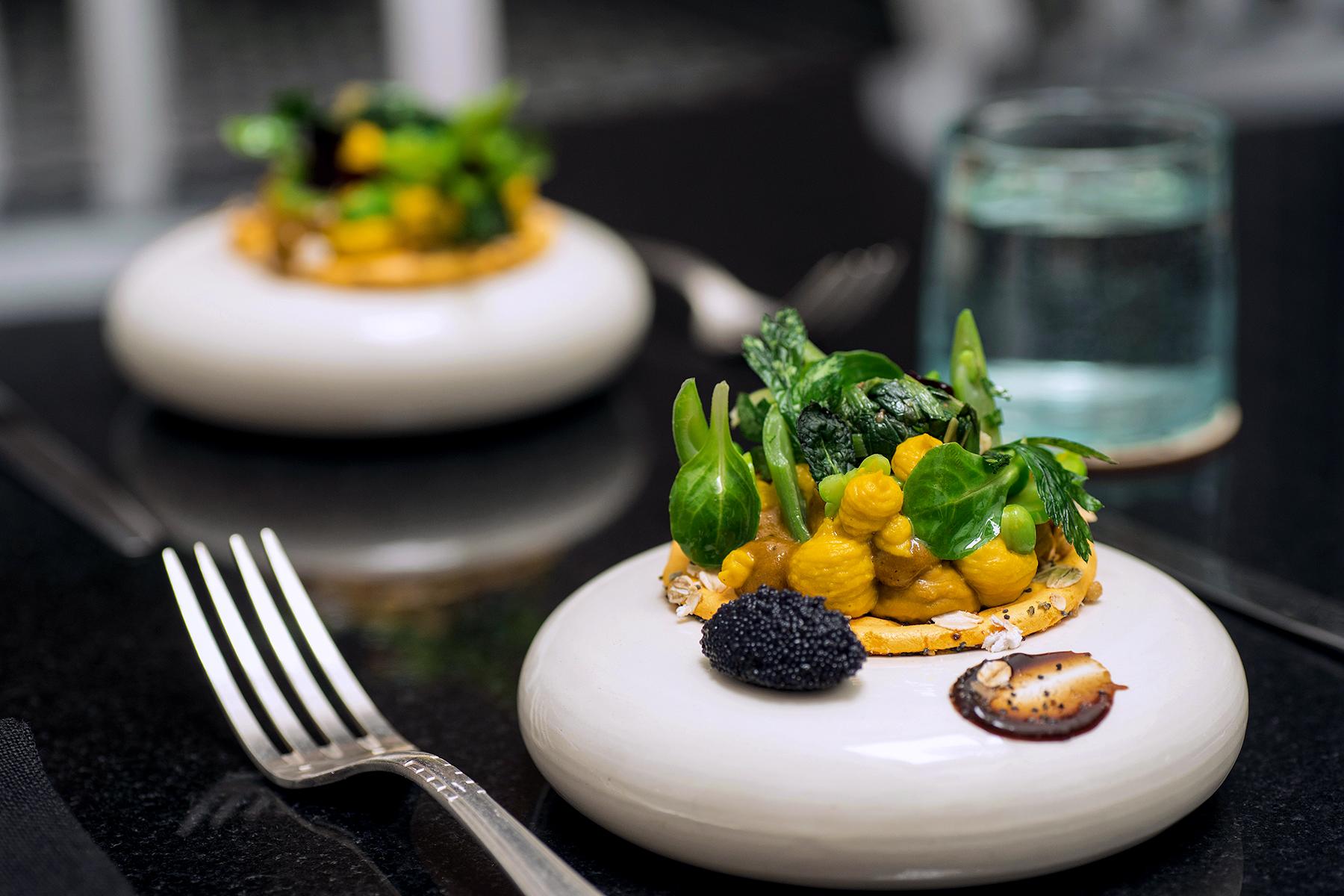 Its Gastronomic Prowess Is Unparalleled

Fez is Morocco’s cultural capital. And food plays a major role in that. Medina passages are dotted with eateries, serving delectable tagine and other time-honored recipes. Conversely, the culinary scene delivers a taste of modernity. The past decade has seen the opening of quaint all-day cafés and contemporary restaurants such Nur, where chef Najat Kaanache whips up wildly creative renditions of classic Moroccan fare. 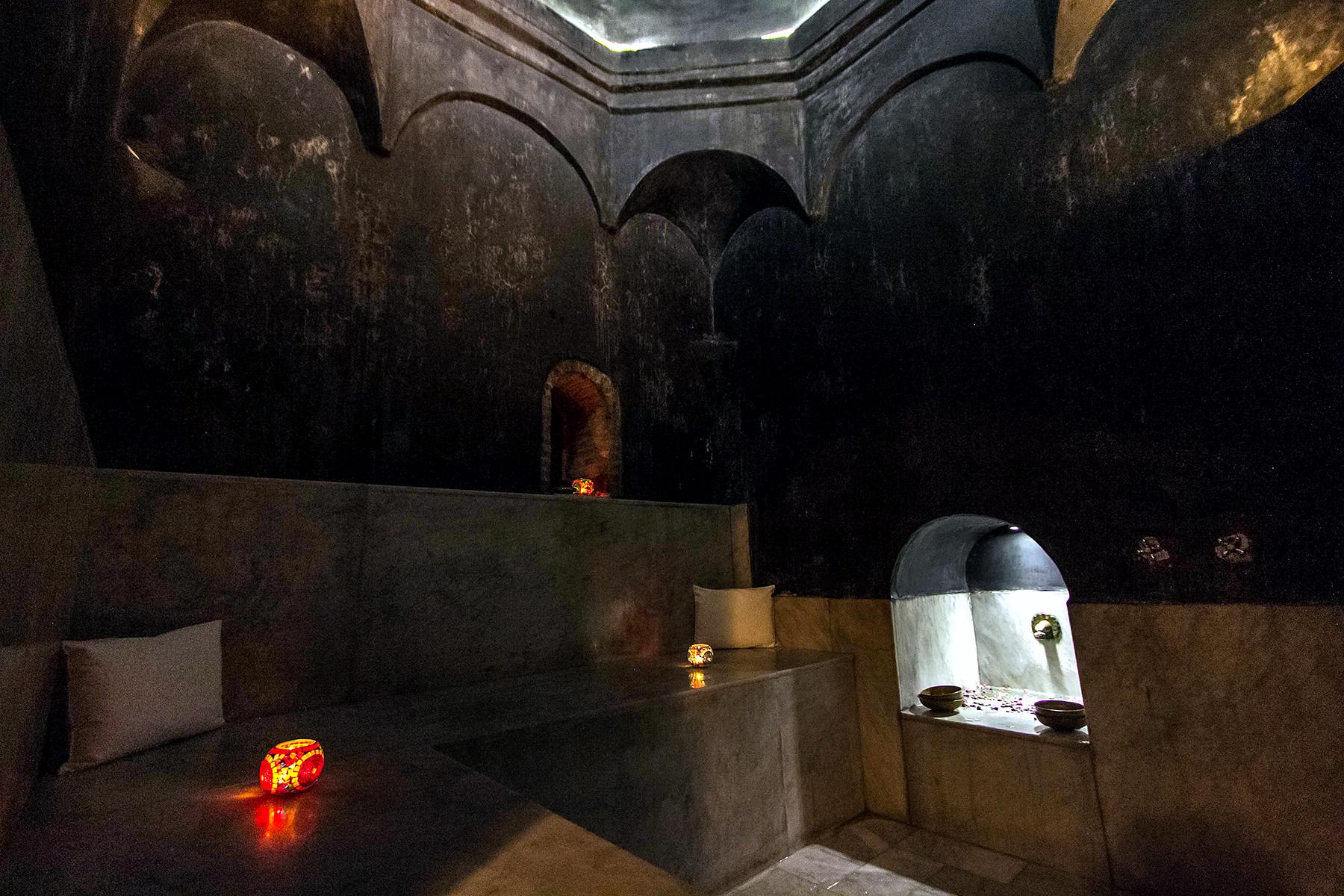 The Chance to Relax at a Hammam

One thing you can count on? A sojourn in Fes el Bali won’t be boring. If the hectic pace and crowded streets start to take a toll, just know that you can seek refuge at a real-deal hammam like Spa Laaroussa. Relish a steam bath and massage before venturing back out into the hustle and bustle of the medina.