Where to Go This Fall

Fewer crowds, lower rates on hotels and airfare, excellent weather—it’s no surprise that fall is fast becoming the preferred season among savvy travelers to book a getaway. But where to go? Here, we’ve rounded up the our favorite spots for a fall getaway, from far-flung hotspots like Croatia and South Africa to closer-to-home destinations, like Colorado and Miami, that come alive during cool autumn days. 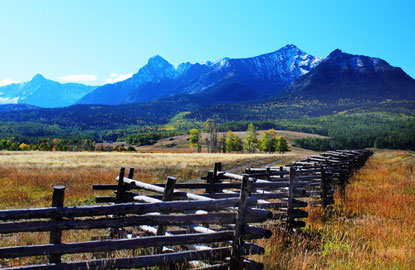 Why Go Now: Rustic dude ranches, Rocky Mountain switchbacks, and pioneer tradition make for a relaxing getaway before the snow (and hordes of ski bums) descends on the state. Pick from a barrage of fall festivals in the charming mountain towns of Telluride and Aspen, whose film festival is an appealing, lower-key option to the madness at Park City’s version. For those with nothing but downtime on their to-do lists, gazing at the blazing fall foliage makes for an itinerary all on its own.

Where to Stay: For Old West ambiance and great rates, the three-story New Sheridan Hotel, located in the heart of Telluride and originally opened in 1891, can’t be beat (from $149 midweek). Its 26 rooms feature Victorian furnishings and photos from the gold and silver rush, while the bar, with carved mahogany and period décor, is made for lingering. For a more cosmopolitan vibe, Denver’s elegant Hotel Teatro pampers guests with upscale guest rooms and thoughtful, theater-themed décor. A recent $14 million facelift makes it a cinch to walk to nearby Larimer Square and other downtown attractions.

Where to Eat: Boulder is not only a haven for outdoor adventurists, it’s also a mecca for foodies, with a cornucopia of restaurants serving up creative, locally-sourced cuisine. For a perfect post-hike fuel up, Tossa hits the mark with scrumptious wood-fired pizzas, pastas, and Mediterranean dishes in a casual setting.

Insider Tip: Colorado’s higher altitudes can cause headaches, dehydration, and shortness of breath for unaccustomed travelers. Go easy on alcohol and drink plenty of water until your body adjusts. 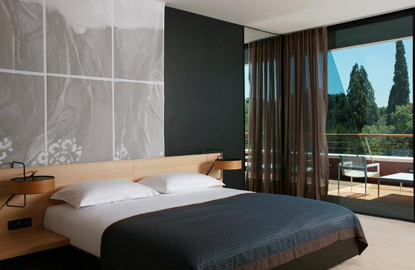 Why Go Now: Croatia has long been on the radar for in-the-know European travelers, but this affordable country has firmly planted itself on the map for Americans, too, beckoning with a Mediterranean beach vibe, little-explored inland regions, and an exploding culinary and wine scene, all well within budget during the shoulder season. The bustling capital city of Zagreb is starting to hit its stride with new restaurants, wine bars, and edgy art galleries. On the Dalmatian Coast, which is fast becoming a new "it spot" on the European beach scene, the town of Dubrovnik turns first-time visitors into lifetime fans with its marble streets, baroque buildings, and old-world charms.

Where to Stay: Hotel Lone, a modernist, 248-room property located on a coastal reserve near the picturesque town of Rovinj, offers a posh vibe, dependable service, and affordable rooms (from about $250 during the week).

Where to Eat: In Zagreb, Didov san is a typical Dalmatian-style tavern, or konoba, that serves regional specialties like locally made cheeses and sausages, sautéed lamb with veggies, and a hearty meat stew. In Dubrovnik, learn about Croatian wines from the friendly, helpful staff at D’Vino Wine Bar, which offers 60 wines by the glass, as well as a selection of local cheeses and meats.

Insider Tip: Croatia is experiencing a tourism boom among U.S.-based travelers, but keep in mind that customer service can be lacking compared to standards most Westerners are accustomed to. Packing some extra patience can go a long way. 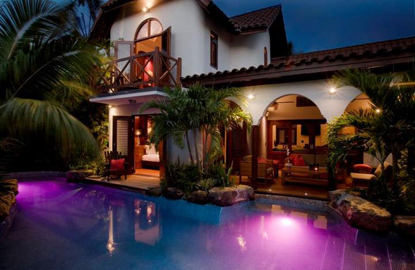 Why Go Now: It takes a bit longer to reach this far-flung Caribbean island, but its location well below the hurricane belt means travelers can enjoy its Dutch-flavored delights without worrying about any major weather woes. The island’s charming capital city of Willemstad, which is separated into two distinct regions by a floating bridge, is well worth exploring, with several noteworthy museums, a floating fish market, and shops featuring local artisans. More leisurely pursuits include soaking up the sun on miles of breathtaking coastline.

Where to Stay: Indulge in a stay at Curaçao’s newest and most upscale property, Baoase, which is resplendent with Bali-style villas and its own private island and beach. Another standout property is Sandton Kura Hulanda, which has two locations and was featured in the popular reality show The Bachelorette. The original, 80-room boutique hotel is part of a UNESCO World Heritage Site in Willemstad, and the lodge sits on the island’s rugged western coast (rooms from $139; book by Sept. 15 to receive a fourth night for free).

Insider Tip: Curaçao’s rainy season kicks in after October, but the wet weather usually happens at night, so make sure to pack a waterproof jacket or umbrella. 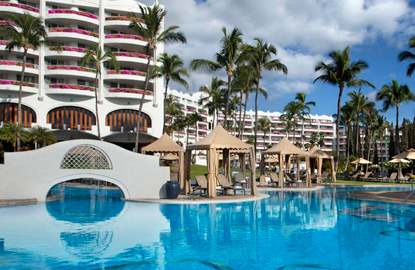 Why Go Now: White-sand beaches and pounding surf, lush green landscapes, and vibrant local culture with significantly less crowds—Hawaii becomes even more of a paradise in the fall. Room rates and airfare are often slashed from September through December, and the island beckons with its best weather of the year during this time, too—warm and sunny during the day, slightly cooler at night. Plus, travelers can get an authentic taste of Hawaiian heritage and culture with the Aloha Festivals: a month-long series of concerts, parades, and street parties that runs from September through October. In addition, there are plenty of changes afoot on the Big Island, from new eateries to hotel renovations to new lodging options, including cheery beachfront cottages.

Where to Stay: For the best bang for your buck, the Fairmont Kea Lani is an all-suite property in popular Wailea on Maui with oodles of family-friendly amenities, including a year-round kids’ club and a dining program for the little ones. Suites are spacious (at least 860 square feet; rates from $349 per night midweek), and there are no resort fees.

Where to Eat: Music lovers may want to make a special visit to Maui just to dine at Fleetwood’s on Front Street, a newly opened eatery whose namesake is Mick Fleetwood—the drummer from Fleetwood Mac. And Fleetwood isn’t the only celebrity influence at the restaurant, which has a gorgeous waterfront location and seafood-centric menu: The kitchen is headed up Scott Leibfried, Gordon Ramsey’s right hand man on both the Hell’s Kitchen and Kitchen Nightmares.

Insider Tip: Although Hawaii is an island paradise perfect for bathing suits and sarongs, its mountainous terrain can bring chilly weather at night, especially at higher elevations. So don’t forget to pack a sweater or light jacket. 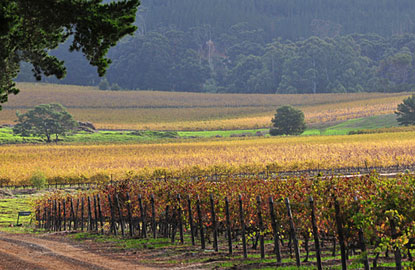 Why Go Now: One of the largest wine-producing regions in the world, South Africa is also an increasingly popular bucket list destination for adventure travelers and outdoor enthusiasts. Warm temperatures during the Southern Hemisphere’s spring season make September and October ideal months for a visit packed with active pursuits, from wilderness watching at world-renowned safari destination Kruger National Park to snorkeling with great white sharks in Cape Town to hanging ten in the surfers’ paradise of Durbin. Of course, if all you want to do is decompress over a bottle of South Africa’s tasty pinotage, that’s just fine, too.

Where to Stay: Splurge on one of 35 rooms at one of Cape Town’s swankiest new hotels, the chic Queen Victoria (rooms from about $355). Design aficionados will love the hotel’s chic décor, which blends touches like original artwork with rich purples and grays, and luxurious extras like monogrammed robes.

Where to Eat: In Constantia, Cape Town’s oldest wine-growing valley, the Rose Bar is a perennial favorite, but two recently opened restaurants also housed in the same newly renovated historic property called The Alphen have added new options for diners. La Belle Café & Bakery is a breezy, light-filled spot to grab a casual lunch; for an exquisite dinner, 5 Rooms Restaurant hits the mark with a well-executed but creative menu anchored by locally sourced ingredients, such as Chef Fernando Roman’s whimsical Fish Tank: a medley of seafood served in a glass fish bowl.

Insider Tip: Budget-conscious travelers should check out the country’s extensive backpacking hostels, many of which are connected by the Baz Bus, a hop-on-hop-off bus system. In addition, South Africa has several affordable, comfortable long-distance bus lines that connect its major cities. 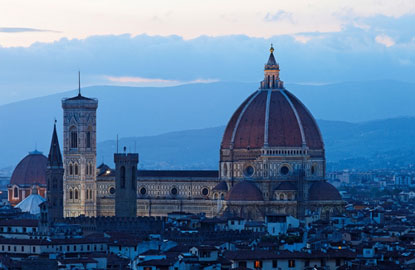 Why Go Now: A culinary journey through Rome, biking through the vineyards of Tuscany, exploring the canals of Venice: A vacation to Italy is sublime any time of year, but fall is by far the best time to go to take advantage of smaller crowds and much better rates, not to mention cooler weather. In September, fashionistas flock to Milan for Fashion Week. But autumn also marks the start of the opera and performing arts season across the country. Wine and harvest festivals abound, too; a notable one is the Alba International White Truffle Fair, a six-week lineup dedicated to the coveted little tubers (called tartufos in Italian) that draws hundreds of foodies and chefs from all over the world.

Where to Stay: Fashion-savvy travelers should pack their chicest threads for a stay at Milan’s Hotel Armani, designed by the famed designer. This luxurious, 95-room property in the heart of the city’s fashion district isn’t cheap (midweek rates from about $650), but it delivers on all fronts, with rich, sophisticated décor, and attention to details—think backlit headboards and a lifestyle manager to take care of every imaginable whim. For a more affordable, but still stylish stay, check out the 10-room Villa Mosca (rooms from about $125) on the low-key island of Sardinia. Perched above the Mediterranean Sea, the newly renovated, circa-1920s villa is an enticing blend of historic flavor and modern touches, with sleek bathrooms and balconies off some rooms.

Where to Eat: Opened last fall, Pipero al Rex, located on the ground floor of the Hotel Rex in Rome, is an easy-to-miss but unforgettable restaurant that has even the most discerning palates swooning. The tasting menu is sublime (and pricey), but you can opt to concentrate on the house specialty: spaghetti alla carbonara, which has its own entire menu page, and which some say is the best in Rome.

Insider Tip: Florence may be most associated with visual arts, but music lovers should consider the Musica dei Popoli, one of the largest music festivals in Italy, which runs this year from Sept. 22-Nov. 18. 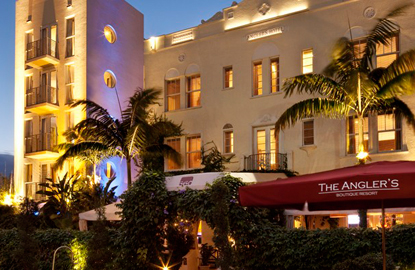 Why Go Now: In the fall, Miami‘s steamy summertime temperatures cool somewhat, but the city’s glamorous see-and-be-seen scene stays white-hot through winter, when the elite of art and design circles flock for Art Basel Miami Beach (Dec. 6-9). Equally serious revelers on the gay scene never miss the grand dame of circuit parties, White Party Week (Nov. 19-26). Regardless of when you visit, however, you can’t go wrong with the basic formula for a Miami getaway: Party with beautiful people by night; recover on beautiful beaches by day.

Where to Stay: The buzziest new hotel on the block is the SLS Miami: a whimsical mélange of South Beach glamour and California cool, topped off with celebrity touches, courtesy of Philippe Starck and input from rocker-turned-designer Lenny Kravitz (rooms from $250 midweek). A welcoming respite for the bustle of South Beach is the newly renovated The Angler’s Boutique Resort, with chic décor, friendly service and the equally excellent Restaurant 660, serving up locally sourced, Latin-influenced cuisine (rooms from $229 midweek).

Where to Eat: In the revolving door of Miami’s restaurant scene, Red the Steakhouse is a perennial favorite for its mouthwatering steaks, handsome décor, and prime location in the heart of South Beach. While you’re indulging in a perfectly cooked cut of meat (or one of the 700-plus wines on the head-spinning list), keep an eye out for celebs.

Insider Tip: Miami’s nightlife is notorious—and, especially during big events, notoriously elitist. A good concierge can make all the difference in securing a table at the latest "it" restaurant or nightclub.