News Apeksha Bhateja Have $340,000 and Want to Vacation in a Survivalist's Paradise?
NewsWhere to Go This Summer

Where to Go This Summer

Where should you go this summer? Why not skip the same-old summertime destinations in favor of something new this year. We’ve drummed up seven fantastic trips, both near and far, that will take you from a European culture capital and a hipster haven to an iconic southeast Africa journey and a tour of a US city making a major comeback. 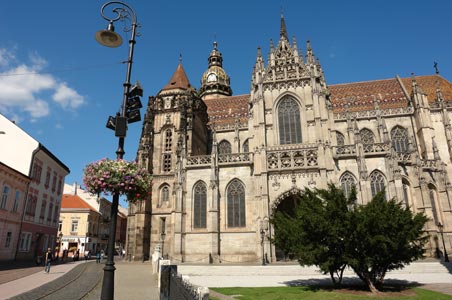 Why Go Now: This small central European country is emerging from under the radar and there’s more going on in its second city, Kosice, than you’d ever imagine. The medieval town is a European Capital of Culture 2013. It’s easy to see why when you take a look at a rebirth underway, featuring projects like Kulturpark, a modern cultural and artistic center sited in a reconstructed abandoned military base; Kunsthalle, a Hall of Art featuring light, water, and sound at the site of a former municipal pool; and a huge reconstructed amphitheater.

Festivals and events abound this summer, among them a folkloric extravaganza called Cassovia in June; a Pop Art Party celebrating Andy Warhol’s birthday in August (the artist’s mother hails from Eastern Slovakia); and a wine festival in September.

Where to Stay: For historic charm, check into Hotel Bankov, the oldest hotel in Slovakia. The more modern Boutique Hotel Bristol offers views of the dreamy Old Town.

Where to Eat: Chefs in KoÅ¡ice are striving to place their gastronomy on par with the cultural and artistic offerings of the city. Upscale Dalia Restaurant offers traditional Slovak dishes alongside continental cuisine. If you’re there for the Kosice Food Festival, June 21-23, you can sample from a smorgasbord of local specialties.

Insider Tip: The official (top secret recipe) cocktail of the city is only served inside city limits. Look for the Kosice Gold—named for a legendary buried treasure—at higher end restaurants. 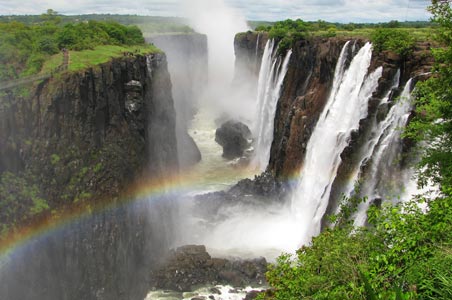 Why Go Now: 2013 marks the 200th birthday of Victorian explorer David Livingstone—the first white person to "discover" Victoria Falls—and a bicentenary celebration chock full of events takes place this year. Follow in his footsteps with adventures galore in the town named for him. Zambia, which is gaining a reputation as the "Adventure Centre" of Southern Africa will fit the bill for even the most extreme adrenaline junkie (think flying over the the waterfall twice as tall as Niagara strapped onto what’s basically a lawnmower engine). Or if you daydream of the bush where the wildlife roam, venture out into the road-less wilderness of Zambia to find an epic array of creatures.

Where to Stay: Close to Victoria Falls, Taita Falcon Lodge is a luxury retreat that doesn’t let you forget you’re in the African bush. Budget minded travelers should head for the quintessential backpacker’s lodge in Livingstone, Jolly Boys. For a true bush experience (but complete with ensuite facilities), check out Old Mondoro safari camp.

Where to Eat: You’ll probably be dining at your lodge, but a nice night out can be had at the elegant Livingstone Room.

Insider Tip: You can engage in responsible travel when you travel with respected outfitter Austin Lehman Adventures. 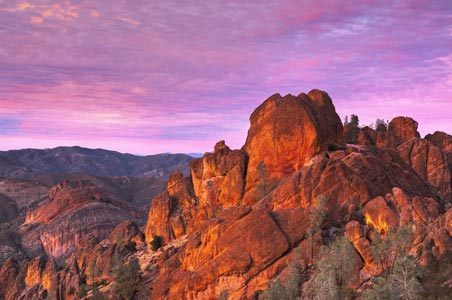 Why Go Now: For immersion in the great outdoors without the millions of visitors trawling the likes of Yosemite and Yellowstone, head for our newest national park, Pinnacles. Word is out, but this off the beaten track park isn’t overrun yet.

If climbing’s your thing you’ll love the ancient volcanic rock, but the spectacular draws of this park don’t end there. Hikers will find some 30 miles of trails winding through stunning vistas. As you’re exploring, keep your eyes peeled for endangered California condors. Watch out for mountain lions, bobcats, wild turkey, and other exotic fauna (think flame skimmer dragonflies) while you’re at it.

Where to Stay: Go old school and camp at the site on the eastern side of the park. If you need a few more creature comforts, Inn at Pinnacles is a sweet refuge located a few minutes from the park’s west entrance.

Where to Eat: Be sure to check out Flap Jack’s Country Cafe in tiny Tres Pinos, 25 minutes from the eastern entrance.

Insider Tip: Don’t limit your exploration to daytime—check out the dark side of the park with dark-sky and full-moon hikes, nighttime cave explorations, or star parties. 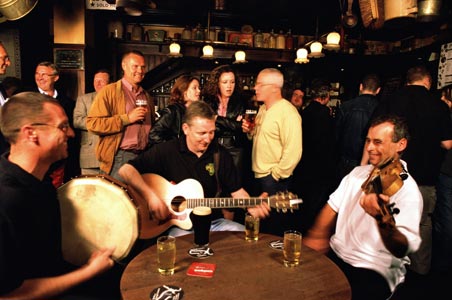 Why Go Now: Ireland is calling you home. If you’re one of the more than 70 million people who claim Irish ancestry (or even if you’re not) the Emerald Isle wants you this summer. The clan gatherings, festivals, sporting events, and concerts taking place around the country all year are the perfect excuse to explore your Irish roots or indulge in your love of all things Irish.

Organizers want visitors to help wipe away the "doom and gloom" of the last couple years and stimulate local industries. We think the céad míle fáilte (one hundred thousand welcomes) waiting for you are worth the trip!

Where to Stay: You know you want to stay in a castle. So you may as well do it up, and check in to the super lux 16th century Dromoland Castle in County Clare (a Fodor’s 100 Hotel Award winner in 2012). For the opposite end of the spectrum, go for the Gyreum Ecolodge—a futuristic green hostel that looks like a UFO buried in County Sligo.

Where to Eat: Ireland’s cuisine is experiencing a renaissance with far tastier fare than you might imagine. For classic Irish dishes, hit Gallagher’s Boxty House in Dublin. Try the traditional riverside thatched-roofed pub Goosers in County Clare for Atlantic mussels. And it’s all about local at the pub An Sugan in County Cork. 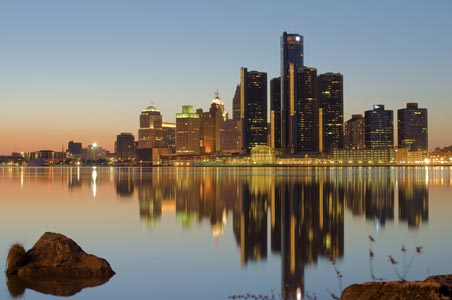 Why Go Now: The D is making a comeback. How often can you see a city on the brink that’s poised to haul itself back? Detroit surprises visitors with a real, forward-looking experience. Sure, there’s plenty of history to be found, some amazing 1920s art deco architecture, and the ruin-porn gawkers will find camera fodder. But intrepid visitors should go now and see firsthand how this beleaguered city is transforming itself.

The revitalized Detroit International Riverfront is a good starting point—rent a bike and cruise around to discover the new businesses that are putting money on a Detroit comeback. This summer you can hit Detroit River Days or the Ford Fireworks presented by Target. Explore Motown and more at the new Kid Rock Music Lab at the newly renovated Detroit Historial Museum. For true Americana, grab a seat at a Tiger’s game.

Where to Stay: The glamorous and historic Westin Book Cadillac is the address in Detroit. This posh place was the tallest building in Detroit and the tallest hotel in the world at its completion in 1924. Or for a more intimate experience, check into the boutique Inn on Ferry Street.

Where to Eat: Hit Eastern Market, a historic local food district, on a Saturday for favorites like Russell Street Deli, Supino Pizza, and Bert’s Market Place Jazz. Don’t miss American Coney Island for the quintessential Detroit snack. Greektown is another must-try, and for something a little fancier, get to Roast.

Insider Tip: Film buffs can plan their itinerary around the slew of movies filmed here. 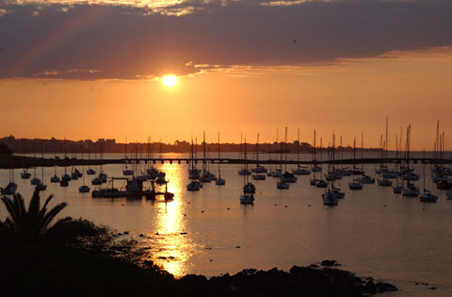 Why Go Now: Montevideo is the 2013 Latin American Culture Capital—a two-time honor for the city—meaning international jazz, tango (Uruguay is said to be the birthplace!), cinema and design festivals, and a slew of celebratory cultural events are on tap this year.

An underrated but up and coming destination, tiny Uruguay also offers visitors the chance to play gaucho on a working estancia, ramble the Montevideo rambla with a mate in hand, and pick up a new sport with private surf lessons or explore nature on a horse tour through the Santa Teresa National Park—both offered by El Diablo Tranquilo in Punta del Diablo.

Where to Stay: Join literary history and stay at the 1920s Esplendor Hotel. For five-star luxury, head for the Sofitel Montevideo Casino Carrasco and Spa. Or check out the country’s first wine hotel at My Suites boutique hotel.

Where to Eat: This is steak-lovers’ country. Go for the fire grilled meats from the vendors in Mercado del Puerto in Old Town Montevideo. Carnivores will also want a meal at La Otra in Montevideo. 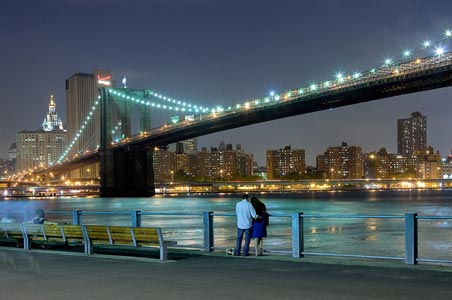 Why Go Now: It just doesn’t get any hipper than Brooklyn. You could take in some of the coolest stuff in New York City without ever setting foot into Manhattan. This thought, which would have been laughable a few years ago, is a given now. It’s food, art, and shopping as good as you’ll find anywhere in the city, but with a friendly and welcoming vibe.

Brooklyn is a year-round magnet, but go this summer for free summer movies on the Brooklyn Bridge—it’s worth a trip just to watch Willy Wonka on the Brooklyn Bridge. Taste your way through Smorgasburg, the all-food flea market, take in an open air concert at Williamsburg Park, and join Celebrate Brooklyn for a fantastic (free!) performing arts lineup.

Where to Stay: The chic flock to Wythe Hotel, a renovated factory building in Williamsburg on the waterfront. Drawing rave reviews, it’s also popular with locals for the rooftop bar and Reynard restaurant in the lobby.

Where to Eat: Everyone and their hip brother and sister are at Roberta’s on a summer day but don’t let that stop you from going out there for a pizza. Stage a BBQ throwdown between the established Fette Sau and newcomer Briskettown but save room for ice cream at Blue Marble. And get to Red Hook for northern Thai at Pok Pok NY.