News Samantha Linnett Is This Budget Travel Hack Worth the Risk?
NewsBest Eats Near Yankee Stadium

The guy sitting next to you in the upper deck is so smug. With his headphones, handheld radio, and meticulously organized scorecard, you can tell he’s one of those season ticket holders who think they own the stadium. So you wait. You wait until the third inning when he has begrudgingly forked over way too much for a stadium dog and over-iced soda.

Then you take out your food.

Watch as the scents of jerk chicken and banana pudding draw his attention away from the game, coloring his face with the kind of envy Yankee fans rarely experience.

He’s flustered because he just missed an infield pop up while realizing that you know more about eating at his stadium than he does.

1. “Guests are permitted to bring food for individual consumption into Yankee Stadium as long as items are brought in a clear plastic grocery-style bag,” according to official Yankee Stadium rules.

2. Within blocks of Yankee Stadium is some of the best Jamaican, Dominican, and diner food in New York City.

Here’s where you go and what you order: 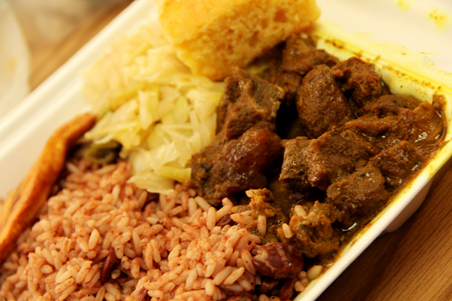 Feeding Tree: Before Yankee games, the line here can get a little long, but what’s 15 minutes for tender curried goat or oxtail? Try Jamaica’s national dish, ackee and codfish, or if you’re looking to add heat to your anti-Red Sox vitriol, grab the jerk chicken; it’ll set your barbs afire. 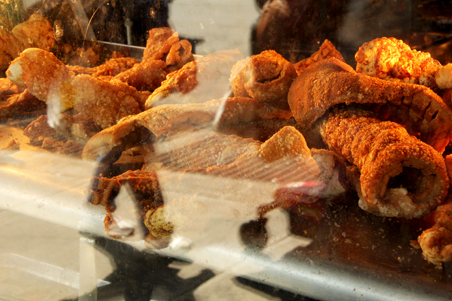 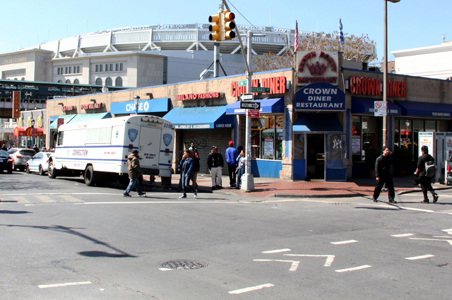 Crown Diner: If the goal of bringing food into the stadium is to make people jealous, can you go wrong with fresh donuts? This legendary restaurant excels at plenty, but its all-day breakfast can make it a game you’ll never forget. If you’re not in the mood for chowing like Homer Simpson, go for the waffles—with their light powder sugar coating—pancakes, or French toast. 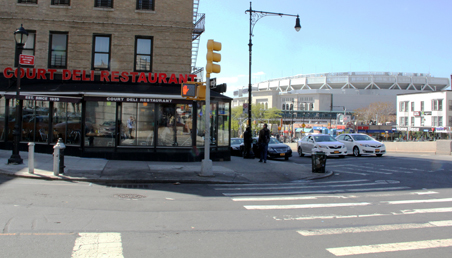 The Court Deli: Walk two blocks up 161st Street and you’ll start to find restaurants that cater to the cops, lawyers, and judges who spend their days at the three nearby courthouses. The legal set crowd into this old fashioned delicatessen for inexpensive pastrami and brisket sandwiches. 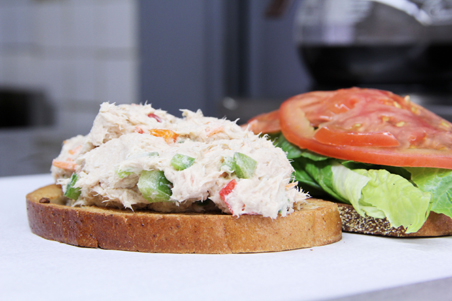 F.K. Court Heroes: Blink while you walk down 161st Street, just pass the Grand Concourse, and you’ll miss the entrance to this tiny sandwich shop. There’s a story behind nearly every sandwich’s name, but one of the most popular ones is also the most touching. The Dan McCarthy Special—tuna salad with sweet peppers and romaine—was re-named in honor of a prosecutor who ate the sandwich nearly every day for 15 years before he died in 2012. 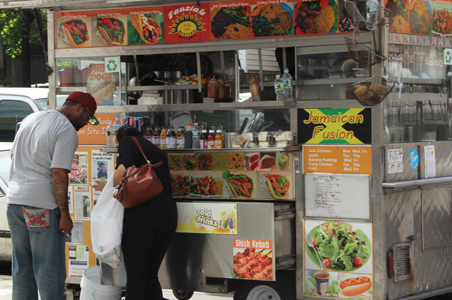 Fauzia’s Heavenly Delights: This is it. The best kept secret in Yankee dining. It’s also the rarest. From within her little street cart four blocks from the stadium, Fauzia serves the best Jamaican food in New York City…when she’s open. Between roughly 10 am and 2 pm, lines stretch down the block as hungry patrons wait to see what she has on the menu (it changes daily). Regular favorites include curry chicken, jerk chicken, and perhaps the best banana pudding in the world. Here’s the catch: The Yankees only play about half-a-dozen weekday afternoon games a year, so plan ahead. Yes, we are seriously suggesting you plan a weekday afternoon game around this food.