News Ronny Maye Should You Cancel Your Vacation to an Area Impacted by a Natural Disaster?
NewsVisiting South America in the Off-Season

Visiting South America in the Off-Season

South America is in the throes of winter, but the off-season is a good a time as any to book a trip to the Southern Cone. In fact, in many cases, it is even more favorable to head down now than in the hot high season. With lower prices and better deals for rooms, as well as seasonal activities and fewer tourists, you’ll wonder why you didn’t think of this before.

So, here is where to go and what to do.

South America’s peaks are home to some of the best skiing in the world and attract an international crowd, as well as nearby residents taking advantage of the region’s generous sanctioned holidays for carving and schussing. Chile and Argentina specifically are go-to destinations, with the Andes range containing choice trails and resorts. 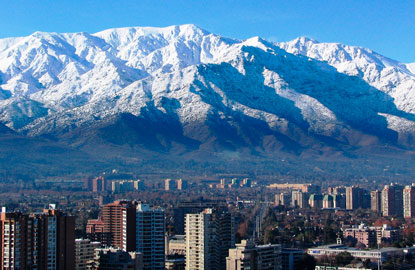 For both city and the serenity that only snow-covered mountains can offer, Santiago, Chile is the trip to plan. The city is where many skiers choose to stay, packing up their boots and gear to hit the slopes at one of the many resorts and ski centers located nearby, but outside, the city.

Insider Tip: Power up for big ski days by consuming plenty of protein-rich fresh seafood, which locals love and cook up so well. 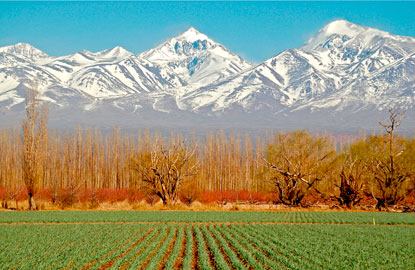 The tallest mountain in both the Southern and Western hemispheres, Aconcagua is located within Mendoza, the region where miles of flat vineyards fill the valleys and run right up to the base of bordering mountain peaks, making for some of the most scenic ski areas on the continent. And for those who tire of the slopes or are looking for a little time to relax, tasting varietals at the many bodegas in Argentina’s wine region is a highly enticing alternative.

Insider Tip: Vineyards in the region offer some of the tastiest lunches and dinners around, which are multi-course, wine-centric affairs. Take note, they tend to last a couple hours. 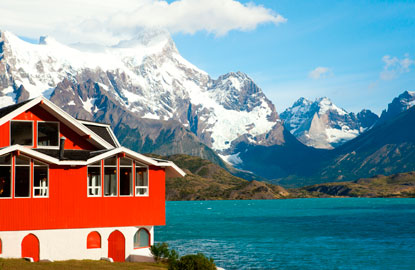 At the end of the world is the Patagonia region of unrivaled tranquility and much untouched nature, save for the smattering of high-quality resorts and ski centers. Both Chile and Argentina contain a number of destinations for winter snow sports, with places like Bariloche and Ushuaia in Tierra del Fuego considered long-time favorite spots to ski.

Off-season is the time to visit the most popular tourist attractions knowing fewer people will be traipsing the same sites and craning for pictures. While tourists are entering the most famous sites year-round, not as many tour buses unload the masses of people that really frequent in the warmer months. 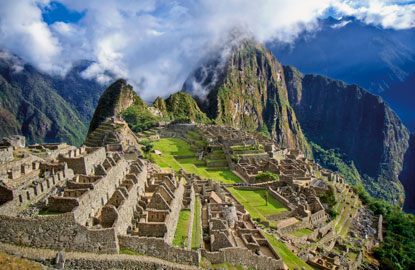 The wonder of the world that is Machu Picchu tops many a traveler’s bucket list, and the best way to take in its staggering impressiveness is to do so in the off-season when it’s at its most peaceful (and least crowded). The site now caps the number of daily visitors, a quota hit regularly during peak travel season, but not neared as much during the South American winter months.

Insider Tip: Spend some time exploring the transcendent surrounding area of the Sacred Valley, with towns like Ollantaytambo, where many additional Incan archaeological sites are located. Most trains from Cusco to Machu Picchu stop in the town, where you’ll also find mouthwatering local foods to try. 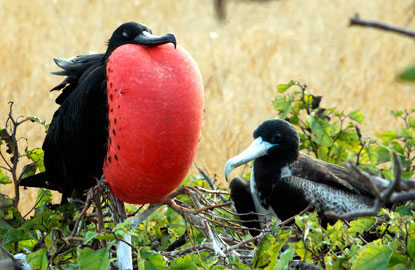 Take in the stretch of islands that informed and inspired Darwin’s research, the Galapagos, during the North American summer for a once-in-a-lifetime experience. Extend your trip and schedule visits to additional cities and beach locales like Guayaquil and the surrounding resorts.

Insider Tip: Bahía Tortuga beach offers the chance to get close to marine turtles, many ancient, and the baby turtles hatch in June and July.

Closer to the tip of the continent temperatures dip to arctic levels this time of year, but South America also reaches across the equator, and the continent’s top beach destinations stay balmy year-round. 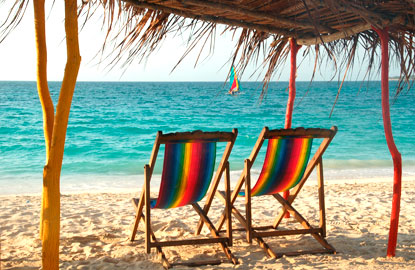 Cartagena and the Caribbean Coast, Colombia

Fodor’s picked Colombia as one of the top places to go in 2012, and the country’s shorelines include some of the most stunning beaches in the region and beyond. Colorful and energetic, Cartagena is a top pick for many travelers, with pristine stretches of beach found in La Ciudad Perdida, Santa Marta, and Santa Marta. It won’t take much to hear the constant sounds of salsa music playing.

Insider Tip: Book your stay in the Bocagrande district of Cartagena, where the majority of the city’s hotels and restaurants are located. 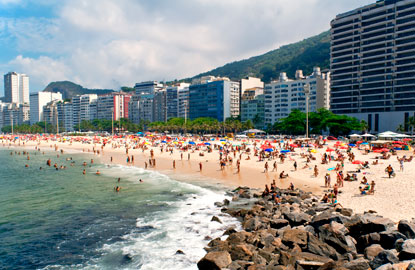 The party is on year-round in fun-loving Rio de Janeiro, and the beach is an integral part of the carioca lifestyle. Slightly cooler temps won’t keep the bronzed and bikini-clad from posting up on the city’s beaches, which function as the city’s social epicenters. For first-time visitors, be sure to take in the sweeping panoramas from Sugar Loaf and Corcovado, but also schedule in plenty of beach time.

Insider Tip: Take a side trip from Rio de Janeiro to Buzios. These beautiful beaches and former fishing village famously played host to Brigitte Bardot for a hidden beach holiday.