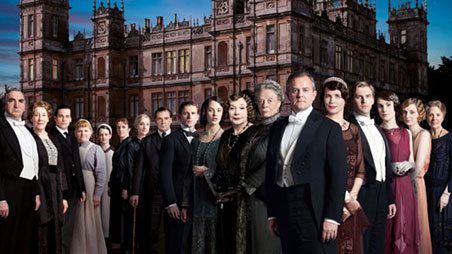 Can’t wait for season 4 of Downton Abbey? European Waterways is ready to whisk fans off to England to take them on an exclusive private tour of Highclere Castle, where the series is filmed in Hampshire, England. If you haven’t planned ahead, this may be the only way to tour the castle since admission tickets for its entire 2013 summer season have already sold out to the public.

The castle has been in the Carnarvon family since 1679 and the Earl and Countess of Carnarvon reside on the property today. The exquisite Jacobethan-style structure sits amid 1,000 acres of manicured gardens and parkland. The castle was built on the site of an earlier house, which itself was built upon the foundations of a medieval palace.

European Waterways developed its "Down the Thames to Downton Abbey" itinerary to introduce travelers to Highclere Castle and other historic sites like Christ Church at the University of Oxford, one of the settings for Lewis Carroll’s Alice’s Adventures in Wonderland and Dorney Court, a Tudor home on the banks of the Thames. The movies Elizabeth and The Other Boleyn Girl were filmed here as well as Agatha Christie’s series Poirot.

The intimate luxury hotel barge, Magna Carta, is the ship that will carry its eight guests down the River Thames for this adventure through England’s past and present. 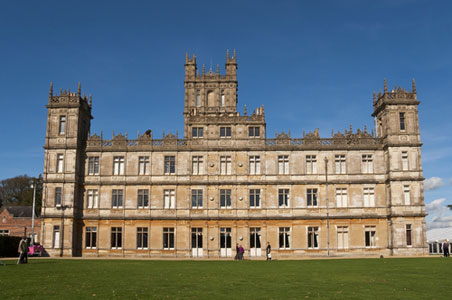 Once at Highclere you’ll tour the castle and grounds. Inside you may see a gothic-styled Saloon with leather wall coverings that the 3rd Earl brought back from a trip to Spain in 1631. Don’t miss the Music Room with its baroque ceiling painted by Francis Hayman in the 1730s or the Library with its collection of more than 5,650 books dating from the 16th century.

In the cellars of the castle you’ll find an Egyptian Exhibition that celebrates the 5th Earl’s achievements in the field of archeology. He, along with his colleague Howard Carter, discovered the Tomb of Tutankhamun in 1922.

If you’ve got friends back home who are crazing about Downton Abbey, don’t miss the gift shop at Highclere Castle. It proffers a selection of merchandise that depicts the castle.