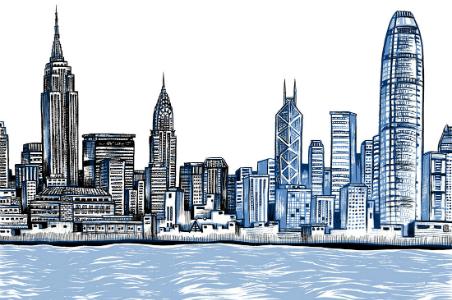 Having just returned from Hong Kong, I re-read “Speaking in Tongues,” one of my favorite pieces by the very smart, very funny writer Mary H.K. Choi. She grew up in Hong Kong, and her essay is a reflection on expat life there and how it prepared her for living in New York. Her finding, which I'm apt to agree with: New York and Hong Kong share a lot of the same DNA. —Michael Alan Connelly, Editor, Fodors.com

I knew that spaghetti and meatballs isn’t considered “real” Italian fare, but it turns out that neither is garlic bread. In the New York magazine article “Want Real Italian Food? Skip These 8 Dishes,” Amanda Ruggeri also unmasks cheesecake as a desert that you won’t find on menus in Italy. Her wise solution? Head to Sicily and try cassata siciliana, a delicious sponge cake sweetened with almond paste. Yum! —Mark Sullivan, Editor, Cities and Cultural Destinations

To get ready for a trip to Amsterdam next month, I’m reading Russell Shorto’s Amsterdam: A History of the World’s Most Liberal City. His very convincing premise is that the city’s watery, sea-level geography has lead to its welcoming, ultra-diverse identity. The necessity of controlling water—through digging canals and building dams and polders, for example—has mandated teamwork and mutual acceptance among the citizens for centuries. The result is today’s Amsterdam. Can’t wait to be there. —Linda Schmidt, Managing Editor

I recently finished Amanda Lindhout's memoir (written with Sara Corbett) called A House in the Sky. The first half is an exhilarating account of the author's world travels, which lead her to Somalia, where she ends up being kidnapped and held hostage for over a year. It ends up being pretty intense reading but the whole thing is so well told, and it's all very thought-provoking. —Caroline Trefler, Senior Editor, Cities and Cultural Destinations

The world is full of wonders, and Slate’s Atlas Obscura blog chronicles some treasures in words and photos, including “The Magnificent Mud Mosque of Mali.“Damage from the elements means that the imposing Great Mosque in Djenne, a UNESCO World Heritage Site, requires ongoing repairs from the community. I like the blog’s eclectic nature: “Solving the Great Stink: London’s Victorian Sewage Cathedrals” also caught my eye. —Linda Cabasin, Editorial Director