What We’re Reading This Week: Interviews with Berliners, Wisdom from Chipotle, Personal Memoirs 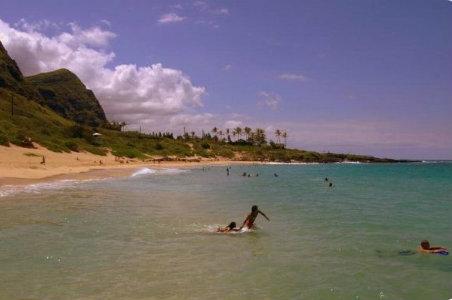 I've long enjoyed The Billfold's unique take on personal finance, which the site covers via a mix of news items and first-person essays. In February, contributor Megan Reynolds wrote about the costs of a road trip; recently, she wrote about the costs of her vacations. I hope the latter is the beginning of a recurring column, because I'm always fascinated to read about how different people save or splurge when they travel. —Michael Alan Connelly, Editor, Fodors.com

I grabbed a copy of The O. Henry Prize Stories 2003 for some subway reading and happened upon The Shell Collector, a short story by Anthony Doerr, which I had read in his collection of the same name years ago. It was such a pleasure to re-read a story that had stuck so vividly in my mind—the description of the blind shell collector able to identify each shell based on feel and the shock of the sinister cone snail. The book has a lot of other great stories, too. —Salwa Jabado, Senior Editor, Countryside and Adventure

While we were listening to Sgt. Pepper's Lonely Hearts Club Band in the car, I perused James Parker's interesting “Reading the Beatles,” a review of the spate of new books about the Fab Four published in The Atlantic. He dismissed the lot in one paragraph, then urged fans to check out the 20-year-old Revolution of the Head, by music critic Ian McDonald. It's now on my must-read list! —Mark Sullivan, Editor, Cities and Cultural Destinations

Travels with Myself and Another is Martha Gellhorn's account of her “horror journeys,” trips that led her all over the world for pleasure and for her work as a war reporter. Traveling across China during the Sino-Japanese War with her husband Ernest Hemingway (referred to here only as “U.C.,” for “Unwilling Companion”), she paints a wise-cracking picture of miserable weather, political unrest, and execrable accommodations all over the world. Other chapters see her island-hopping in the Caribbean during World War II and crossing Africa just after the war. I got hooked when, about to return to London after a particularly hellish several weeks in and around Suriname (which included chiggers, bombings, and a visit with prisoners on Devil's Island), she decides instead to set off with four complete strangers in a dugout canoe to explore a dotted blue line on her map—an uncharted river. —Linda Schmidt, Managing Editor

“The Case for Reparations” by Ta-Nehisi Coates is the most powerful piece of journalism I've read this year. It's deeply researched, beautifully written, passionate, and devastating. I read it over a week ago, and his words have haunted me ever since. —Luke Epplin, Associate Editor, Countryside and Adventure

Gabrielle Hamilton, chef-owner of New York City's Prune and author of the gutsy memoir Blood, Bones & Butter, captivates me with tales of rigorous restaurant shifts and sharp-eyed descriptions of special places. Her Travel + Leisure story about a big night of food in Uruguay satisfies on both counts. Hamilton cooks a feast at beachside haunt and hotspot La Huella in tiny José Ignacio, and I could feel her pleasure whether she is seasoning 21 legs of lamb or taking a sunset horseback ride with her kids along a beach. —Linda Cabasin, Editorial Director

I loved the Los Angeles Review of Books tongue-in-cheek assessment of Chipotle's inspirational/pretentious “Cultivating Thought” author series, in which famous writers have their words printed on the burrito chain's paper cups. The project's “curator,” the novelist Jonathan Safran Foer, particularly gets it in the neck for his smugness in bringing two-minute literature to “those people.” LARB's summations are an appealing mix of snark and enthusiasm (see the contribution of George Saunders, “an incontrovertible self-contained argument in favor of printing literature on lunch bags”), and raise the crucial question: “can Jonathan Safran Foer, or anyone, eat a Chipotle lunch in two minutes? Those burritos are the size of a person's head!” A highly enjoyable master class in the art of reviewing. —Róisín Cameron, Associate Editor, Countryside and Adventure

WNYC’s story about the fate of Beirut’s ravaged Holiday Inn was a revelation. I had no idea that such a glamorous Holiday Inn once existed: in its heyday, Beirut’s had a chandelier-bedecked wedding hall; a revolving restaurant; and a millionaire, yachtie clientele. Today, it's a pockmarked shell of a building up for auction. Whether its new owners will tear it down or renovate it has yet to be seen. —Arabella Bowen, Editor-in-Chief

I was flipping through the in-flight magazine on AirBerlin on my way to Germany and an article about something called opendoorsberlin.de caught my eye. They set visitors up with Berliners for an afternoon or for dinner and the article interviewed some of the locals who are participating. One family with three teenage daughters and an ever-changing cast of exchange students lives in Kreuzberg and the parents love to talk about raising a family in the city. They also give tips on what to see and do in the neighborhood. There's also a musician lives in Prenzlauer Berg and explains that her rent is so low because she “has to visit friends for a shower”—I’d love to see her apartment! What an interesting way to get to know the locals when you travel. —Caroline Trefler, Senior Editor, Cities and Cultural Destinations