5 Safaris That Help Save Wildlife 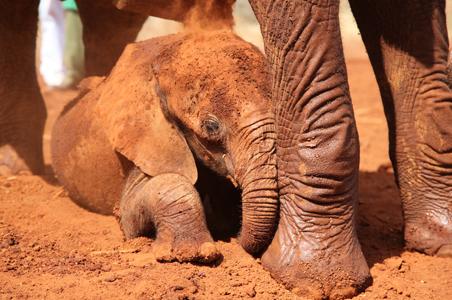 It may not make the front pages of newspapers, but the reality is that elephant and rhino poaching have reached an all-time high. Between 2010 and 2012, more than 100,000 elephants were slaughtered for their ivory tusks—that’s over 35,000 a year; in Tanzania, 30 elephants are killed every day. At this rate, these gentle giants will disappear within our lifetime.

So, what can you do to help save African elephants and other endangered wildlife on the continent? The following safaris are tailor-made to safeguard these exquisite creatures, either by contributing a portion of the trip cost to fight poaching, by involving safari-goers in crucial tracking efforts to rescue endangered African wildlife, or by employing local communities in ways that contribute to sustainable co-existence between humans and animals. 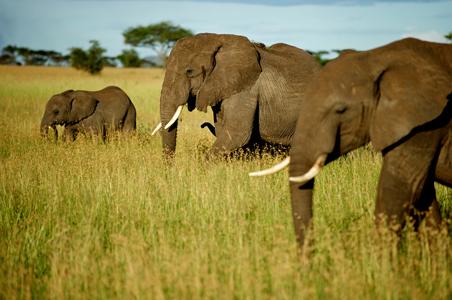 The S.A.F.E. Travel Collection is comprised of a curated set of itineraries handpicked for their unique interactions with elephants, rhinos, and other endangered species. S.A.F.E. stands for “Safeguarding a Future for Africa’s Elephants” and is an initiative of The Bodhi Tree Foundation, a nonprofit group that mobilizes travelers and tourism professionals to fund grassroots initiatives that protect cultural heritage and conserve the earth's biodiversity. The 11 trips in the S.A.F.E. Travel Collection range from exclusive, high-end experiences such as Andrew Harper LLC and &beyond's 8-day Save The Elephant Botswana safari to Outside GO's hands-on, 10-day filmmaking expedition in Kenya's Northern Frontier. Mention S.A.F.E. on booking and 5–10% of your trip cost will be donated to these four reputable organizations that advocate tirelessly on the ground to protect Africa's dwindling elephant population: the David Sheldrick Wildlife Trust, African Wildlife Foundation, Save the Elephants, and WildAid. 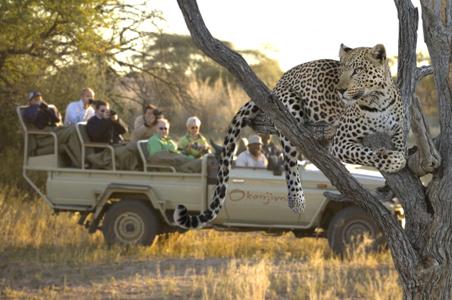 Positioned halfway between Namibia’s capital of Windhoek and Etosha National Park, the 55,000-acre private Okonjima Game Reserve is home to The AfriCat Foundation, a non-profit founded in 1991 by a family of conservation-minded Namibian farmers who established a cattle ranch here in the 1970s. Since 1993, AfriCat has rescued over 1,000 cheetah and leopard from rifle-toting livestock farmers, successfully reintroducing over 85% of them back into the wild. The foundation is a major player in Namibia's conservation community as well as a premier luxury eco-tourism destination. (Brad Pitt and Angelina Jolie stayed here in 2006 just before the Namibian birth of their daughter Shiloh.) Safari-goers at Okanjima can track AfriCat's rehabilitated leopard and cheetah as they move freely about the reserve and meet baby “ambassador cheetah,” rescued by AfriCat after their mother had been shot and killed by farmers. A visit to the Carnivore Care Centre teaches visitors about the foundation's work as they strive towards the long-term survival of Namibia's predators in their natural habitat. While Okonjima offers accommodation to suit every budget, well-heeled travelers will want to stay at the reserve's secluded Grand African Villa overlooking a waterhole which includes a personal host, private chef, and dedicated safari guide and vehicle. 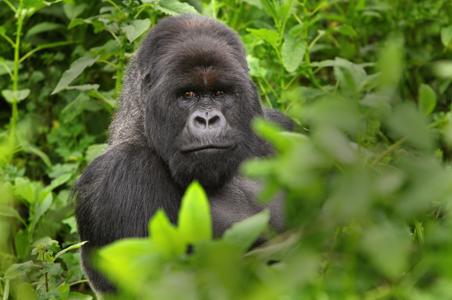 The world's leading environmental conservation organization, World Wildlife Fund, has been working for more than four decades to save the endangered mountain gorilla and its forest habitat in Central Africa. In partnership with Natural Habitat Adventures, WWF offers a range of gorilla safaris including The Great Uganda Gorilla Safari, on which travelers take multiple treks through Uganda's Bwindi Impenetrable Forest to experience humbling face-to-face encounters with the majestic mountain gorilla. Visitors will also observe chimpanzees and colobus monkeys in Kibale Forest National Park, spot more traditional African wildlife on game drives in Queen Elizabeth National Park, and venture through the scenic volcano lakes region. Costs from this exceptional wildlife experience assists WWF in developing economic activities that allow people living near the protected gorilla habitat to earn an income without harming the forest resources that the endangered gorillas need to survive. 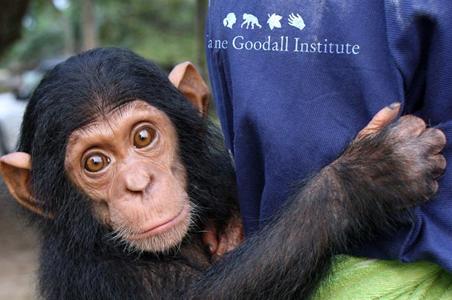 United Nations Messenger of Peace and primatologist Jane Goodall is most famous for her 55-year study of wild chimpanzees in Tanzania’s Gombe Stream National Park, which began when she was 23-year old research assistant to renowned Kenyan paleontologist Louis Leakey. Since 2013, the Virginia-based Jane Goodall Institute has arranged escorted 6-day immersive expeditions to the JGI-founded Tchimpounga Nature Reserve, the largest chimpanzee sanctuary in Africa just north of Pointe Noire in the Republic of Congo, which provides care for more than 150 orphaned and rescued chimpanzees. These flexible-by-design trips take place in summer, Africa's dry season, and include hikes around Tchimpounga, interactions with nursery chimps up to three years old, boat rides up the Ntombo River, a visit to the Mâ-Loango Museum in Diosso showcasing Congolese jewelry, art, and architecture, and presentations by JGI wildlife experts​. Trips are tax-deductible and funds go towards JGI's mission to preserve the great apes and their habitat through conservation, education and the promotion of sustainable livelihoods. 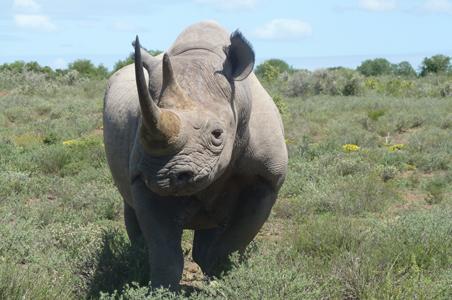 Stretching across 54,000 pristine, private acres in the Great Fish River valley of South Africa's Eastern Cape, Kwandwe Private Game Reserve is comprised of four small Relais & Chateaux lodges (of which two are sole-use villas) that accommodate just 44 guests and four safari vehicles. Providing one of the highest human to land ratios in South Africa, the malaria-free reserve is set on a former sheep, goat and ostrich farm which now teems with Africa's “Big Five” including the endangered white and black rhino, which were reintroduced here in 2000.

Rhino enthusiasts can embark on a unique 4-day Rhino Conservation Safari, which offers guests the opportunity to participate in the reserve's exciting rhino-darting and notching program under the supervision of Kwandwe co-owner Angus Sholto-Douglas and his team of specialist rangers. During this special experience, rhinos are darted in order to plant microchips into the horns and perform ear-notching for future identification. The chips gather information about the rhinos' movements and also act as a deterrent to poachers, the animals' greatest predators. Rhino horn, which is made of the same substance as human finger nails, is falsely believed in Asia to cure cancer and asthma and to increase libido. At $65,000 a kilogram, it is the most expensive commodity on Earth, more valuable than gold. A rhino dies every 8 minutes to support this massive market based on ignorance. The aim of the conservation safari is to help reduce this number exponentially and ensure the preservation of this extraordinary, endangered species.