Where Was the Failure:  New York, New York

For Americans, the Russian visa process is complicated, lengthy, and expensive. It’s also sort of a mystery—one of those things without hard and fast rules, where there aren’t necessarily clear steps or clear answers. It was three weeks before my trip to Russia—right in the window of when you should apply. First, I filled out an online form that took about 45 minutes to complete. Apart from standard questions that are on every visa application, there were some deep dives. Where were my parents born? Where were my husband’s parents born? (He wasn’t even traveling with me!) I had to list every country I’ve been to in the last 10 years, and I definitely missed some because I have a terrible memory and travel a lot. But I did my best and once my online application was submitted, I was able to make an appointment with the Russian Consulate. 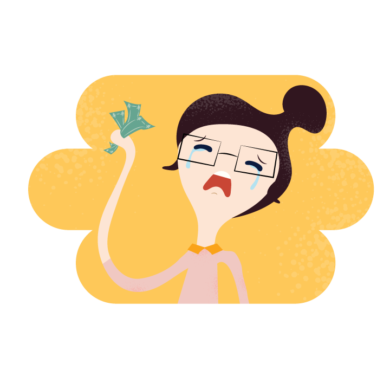 I showed up with my passport, my hotel reservations, and my visa support letter from one of my hotels. I had with me two passport photos that I had taken for $26 at a drugstore during my lunch break. I also brought $350 in various bills, because I read online that you have to pay cash, you have to have the exact amount, and you don’t know how much it’s going to cost because of random extra fees (will you be charged $12 to make a copy of your passport? TBD).

I arrived at the consulate 10 minutes early for my appointment. The door was locked and nobody was there. After loitering around outside, somebody must have finally noticed me on the security camera and let me in. I had to check my phone and any other cameras in a tiny locker and go through a metal detector. Nobody spoke English, including the person processing my visa application. It was a fast process and I was quickly approved, but when I went to the cashier to pay, she rejected my cash. I needed a cashier’s check, so they sent me to the nearest bank. The bank wouldn’t give me a cashier’s check because I didn’t have an account there, so I went to the other place they suggested—an Office Max. They don’t do money orders either, so I finally found a Western Union and got a money order for $270.

I was turned away by the cashier because my money order was made out for $271, for some reason. I was like “Just keep the change!” and they were like “I’ll get arrested for embezzling!” (or something—I don’t speak Russian beyond saying “thank you” and “cheers”) so I had to go back to Western Union.

I finally succeeded—or so I thought. I had submitted my application with the correct dates, along with my hotel reservations and letter of support. I was to pick up my passport with the visa in 10 business days at another address, their visa pick-up center.

The date to pick up my visa rolled around and I went to the office with the Russians. I double-checked the dates on my visa and my heart sank—they were wrong. My visa didn’t start until 3 days into my trip. I showed the passport administrator my application and my hotel reservations with the correct dates, but there was nothing she could do. She said she’d send my passport back to the consulate to be fixed and I could pick it up again from her in two days.

Two days later, it was drawing near to the start of my trip and I still didn’t have a visa.

Two days later, it was drawing near to the start of my trip and I still didn’t have a visa. I went to the pickup center and the passport administrator said the consulate couldn’t fix it. Although the dates on my application were correct, I had only gotten a visa support letter from the second hotel where I was staying, so they made the visa only based on those dates. She said my best chance was to take my passport and go to the consulate without an appointment in order to plead my case. 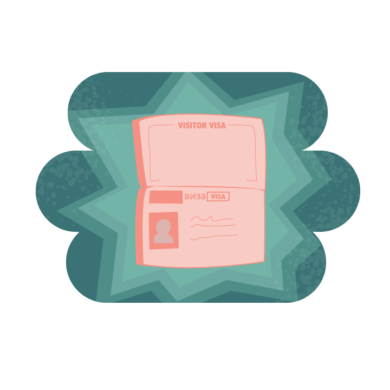 I showed up early the next day. By now, the doorman and I were friends. Like an expert, I locked my phone in a tiny locker, went through the metal detector, and waited outside window number one for what felt like an eternity. Finally, a very nice consulate employee came downstairs and I told her what had happened. She smiled, took my passport up a set of marble stairs, and came down 45 seconds later with a brand-new visa with correct dates. It felt like a miracle, and three days later I was on a 10-hour flight to Russia.

How money orders work! You can’t just walk into any old bank to get a money order and they’re not as easy to come by as you might think. Western Union is your best bet.

Double check, triple check, and quadruple check your paperwork. I had everything in order, but I took it for granted that the hotel company would have the correct dates—I was staying at two hotels run by the same company, but I only had a visa support letter from one of them (and it was the wrong one).

If you can’t communicate, sometimes you just have to smile a lot and people will take pity on you.

“Thank you” should be the first word you learn in any language. In Russian, it sounds like “spasiba.”