Tips & Practicalities Geena Truman I Built My Own Camper Van for Under $3,000. Here's How I Did It
Home  >  Transportation • Travel Tips   >   How to Claim Compensation for Delayed Flights in Europe

How to Claim Compensation for Delayed Flights in Europe 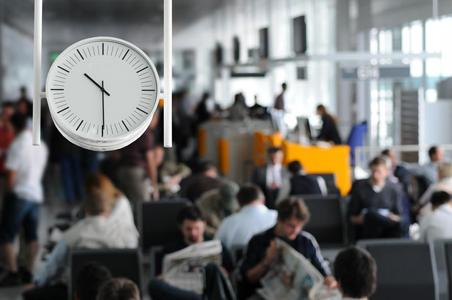 If you've ever had your travel plans disrupted by a flight delayed by three hours or more, you know just how much of a headache it causes. It's possible for a passenger in this situation to seek compensation for such a delay, but airlines have historically argued with passengers about whether the flight's actual arrival time is when the wheels hit the ground, or when the aircraft doors open.

The European Court of Justice recently cleared up this dispute, ruling that a flight's actual arrival time is, in fact, defined by the time when at least one aircraft door is open. This means that, even if a plane arrives less than three hours late but waits on the tarmac long enough, it's still late enough for passengers to seek compensation anywhere in the range of $160 to $800 per person.

Tips & Practicalities Geena Truman I Built My Own Camper Van for Under $3,000. Here's How I Did It
Continue Reading Article After Our Video

Although anybody who travels on a flight operated by an EU–regulated airline, regardless of destination, is eligible for flight-delay compensation regardless of citizenship, only an estimated five percent of eligible passengers pursue a claim, says Marek Janetzke, the managing director of Berlin-based flightright, a company that fights for compensation on behalf of passengers whose European flights are delayed or canceled.

Pursuing a claim is actually much easier than it sounds. Passengers who have determined that the aircraft doors opened at least three hours behind schedule can visit flightright's website and enter their flight number, and flightright will take care of the rest, including filing all paperwork and representing the passenger in court. The company charges nothing up front to pursue the claim, and after it's settled, flightright sends the passenger a check for the full amount of the compensation paid by the airline, minus a contingency fee of 25 percent.

“If your claim is unsuccessful, you pay nothing,” Janetzke says. “However, we have a 98 percent success rate.” That high success rate, coupled with the fact that you can file a claim up to four years after the delayed flight, means it's the perfect time to go back through your travel records and investigate whether you can get compensation for a stressful delay you've experienced.

Keep in mind that you won't win a claim when the airline is not to blame for the delay or cancellation. So strikes and bad weather won't get you compensation, even though they may have created problems for your schedule. But if your flight was disrupted because of equipment malfunctions or the airline being ill-prepared for bad weather while other flights ran on time, then consider pursuing a claim—you might be able to get a few hundred dollars out of it.