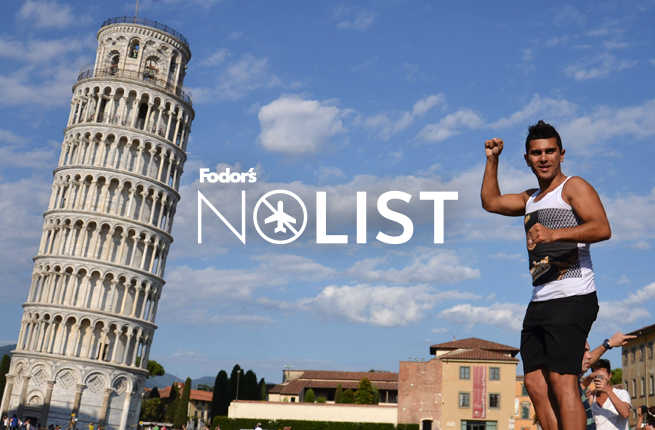 No one likes a bad trip. From destinations that are under construction to under threat, these places are better left off everyone’s travel lists in 2017. After all, “I wish I would’ve known about the Zika outbreak” is no way to start your next travel story.—Chantel Delulio and Meg Butler 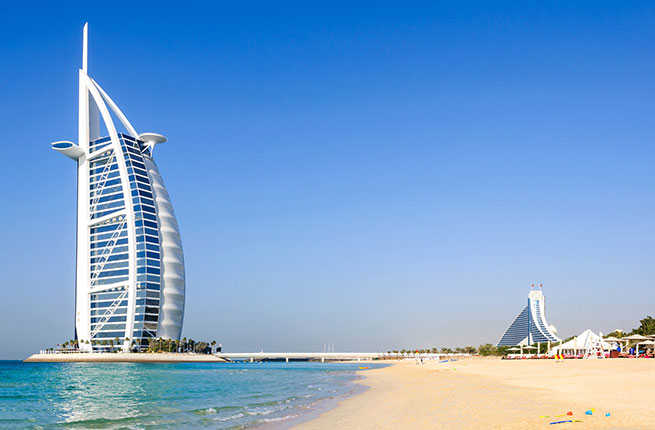 Cities don’t typically sport “under construction” signs, but Dubai’s current transformation might warrant one. In preparation for Dubai Expo 2020, this world class city has multi-million dollar development plans for even more jaw-dropping sights. And while that is exciting, it means that some of its attractions—including the world’s largest tower which won’t be completed until 2018—can’t be visited at the moment.

Instead: Go to Hong Kong

Until Dubai opens all of its doors again, consider visiting Hong Kong. They don’t have the world’s tallest building, but they do have the world’s tallest hotel, the Ritz-Carlton Hong Kong (which is not only complete but you can sleep in it). When you’re not napping in the clouds, you’ll find that Hong Kong’s luxury boutiques, busy street markets, bustling nightlife, and world-class dining easily rival any other city’s amenities. 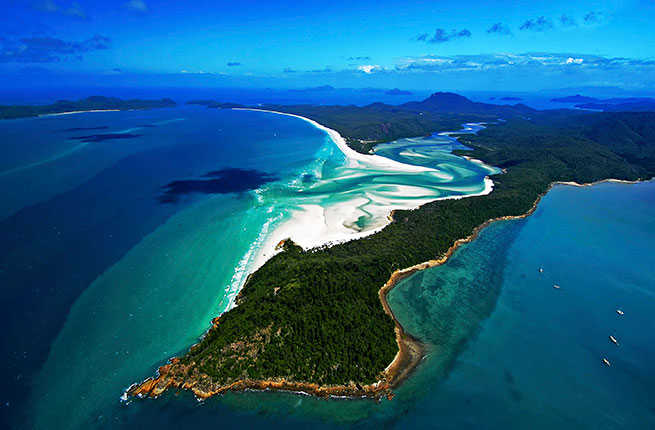 The once vibrant colors of the Great Barrier Reef have been sapped to a skeletal gray with corals dying en masse due to the ravages of climate change. Tourists aren’t being discouraged from visiting outright, as the damage done by visitors is relatively limited. However, unless being overwhelmed by the existential despair that comes with facing the insatiable maw of humanity’s hubris is your idea of a fun vacation, you may want to leave the Great Barrier Reef off your itinerary.

Instead: Go to Atauro Island

Coral reefs all over the planet aren’t the colorful underwater ecosystems they used to be. But a visit to Atauro Island is the perfect destination for marine-life loving travelers. This small island off the coast of Timor-Leste boasts the most biodiverse waters in the world. 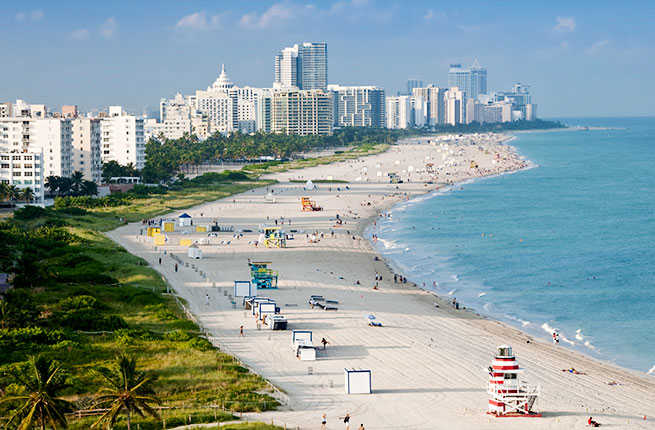 You know the quickest way to ruin your beach getaway? Zika. Of all the travel inconveniences, contracting the Zika virus makes an airline losing your luggage look like the most blessed thing that’s ever happened to you. And while Miami Beach’s beautiful sands and great eats are hard to pass up, the presence of Zika makes this locale a skip for 2017.

Instead: Go to Key West

When you visit the western-most point of the Florida Keys you’ll get all the classic hallmarks of a Caribbean vacation (gorgeous beaches, beautiful weather) as well as special touches (clothing-optional bars, the at times overwhelming presence of rogue chickens) that are uniquely Key West. It’s the Zika-free way to take in that Floridian sunshine and art deco architecture! 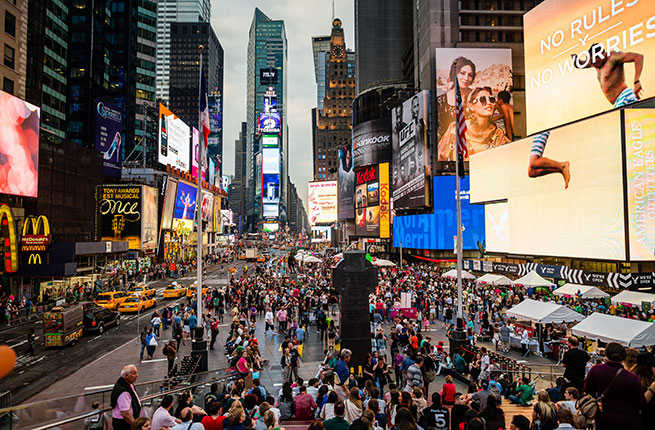 There is such a thing as “the real New York,” and Times Square is not included in that list. And since locals avoid it when they can, most of the population is other tourists—and the souvenir shops, selfie sticks, buskers, Elmos, and a Guy Fieri's American Grill that are there to relieve them of their travel cash. It’s a hard truth for a tough town.

Instead: Go to Brooklyn

If you get a sneaking suspicion that there’s more to NYC than neon lights, it’s time to head across the bridge to Brooklyn. Manhattan may have Broadway, but in Brooklyn you can hear chamber music in a decommissioned coffee barge, see the mermaid parade in Coney Island, or enjoy the 60-acre lake in Prospect Park. Surprises, street art, and gourmet food wait around every corner and at a much more reasonable price. 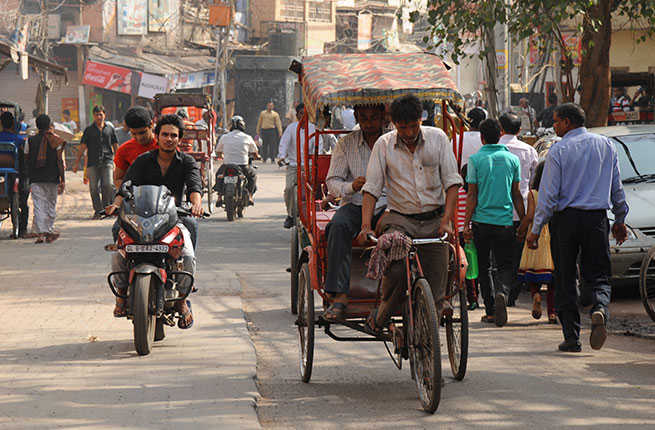 The beautiful chaos of New Delhi once earned it a place on travel bucket lists. In 2016, The Great Smog of Delhi took it off. “Apocalyptic” is the word being used to describe the thick smoke choking the city, so travel there to experience the worst pollution on Earth. On bad days, visibility is just a few yards.

Instead: Go to Bangalore

While New Delhi works to turn things around, consider heading further south. Bangalore is another big city with a laid-back West Coast vibe. There you’ll find friendly people, great microbreweries, dozens of delicious places to eat, and year-round patio weather perfect for lounging all day. Bangalore is a verdant city with temples and waterfalls that will take your breath away, and a nearby forest with lions and tigers (seen safely by safari tours offered by the national park). 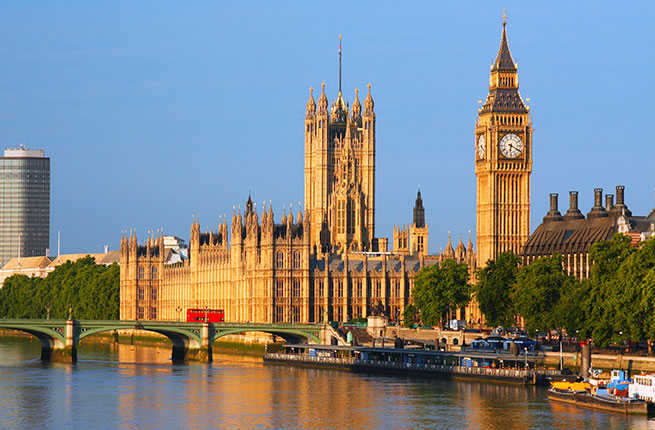 Big Ben is one of London’s biggest tourist attractions. But for the first time in 157 years, it won’t be chiming the hours. The famous clock is scheduled for a massive overhaul in 2017 that will take three years to complete. And during the long wait, London will be eerily quiet once an hour.

Instead: Go to Prague

While it’s rude to kick a timepiece when it’s down, we’d be remiss if we didn’t mention another iconic clock a little further east. The astronomical clock in Prague is one of the mechanical marvels of the world. It’s been keeping time since 1410, and for just about as long, people have been coming from all over the world to watch the elaborate performance of its golden figures every hour.

Like the clock, the city itself feels untouched by time. We recommend getting lost among the medieval fortresses and gardens as the clock’s living trumpet players sound the hours. 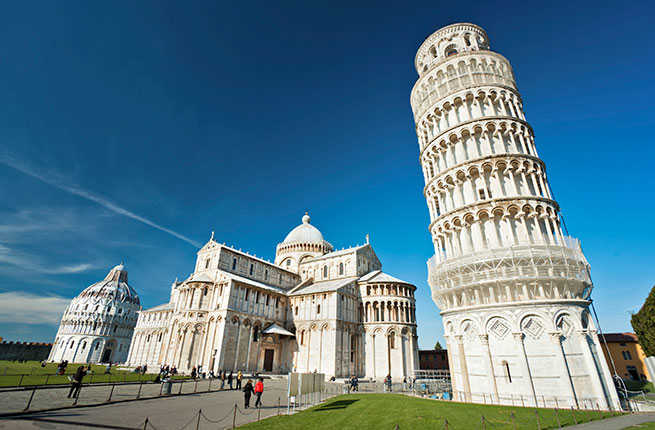 We’re all looking to fill our Instagram feeds, but Pisa is a long way to travel for just one photo op—especially one that many tourists rated “underwhelming.” Once you’ve snapped a photo of yourself pretending to hold up the famously Leaning Tower and climbed the 300 feet to its top (for 15 euros), you may find yourself without many other “of Pisa’s” to fill up the rest of your trip.

Instead: Go to Abu Dhabi

Abu Dhabi must have had some of those reviews in mind when they built their tower three times as tall as the Tower of Pisa and made it lean four times as much. And that’s just the tip of attractions that steal Pisa’s thunder: an entire island of amusement parks, desert safaris, a palace, and even a falcon center (that lets you handle and feed the birds). Whatever you’ll do, you’ll find enough camera-worthy moments to send your battery into critical levels. We recommend bringing a portable charger just to be safe. 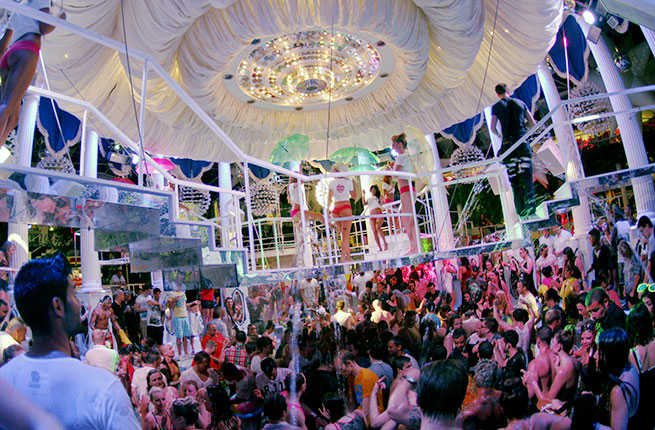 The initial draw of Ibiza is undeniable. An island made up of beautiful beaches (56 of them, to be exact!) and secluded coves—what could be more romantic? Well, good luck exploring those charming coves as you stagger through throngs of hard-partying twentysomethings. Ibiza might just be the European equivalent of Cancún thanks to its innumerable nightclubs (including the biggest in the world) and countless tourists.

Instead: Go to Agua Amarga

But if you still looking to visit the Spanish coastline, opt for Agua Amarga instead. This former fishing port makes for a much more intimate visit. And while Playa de los Muertos has a deceptively macabre name, the beach features crystalline waters and is strikingly bookended by volcanic outcroppings. 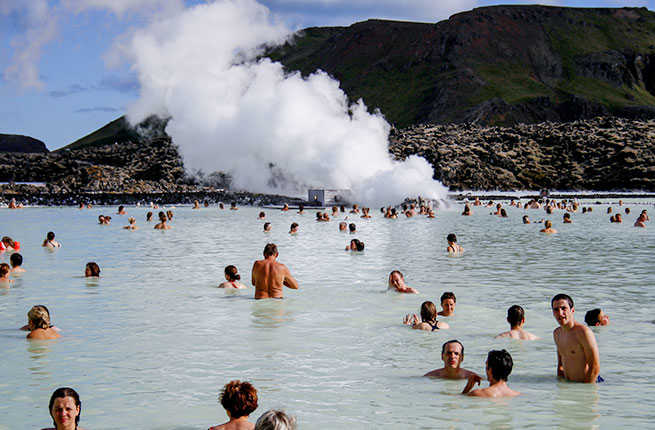 Let’s face it. Iceland is cool. Dramatic landscapes, hot springs, lava fields. But that’s just the problem. Iceland has simply become too cool. At this point, it’s estimated that there are more tourists in Iceland than actual Icelandic citizens. So while just uttering the words, “I’m planning a trip to Iceland!” may illicit a thrill from any wanderlust-stricken traveler, it may be time to let this destination lie fallow.

Instead: Go to New Zealand

Though literally the polar opposite as far as latitude and longitude are concerned, the island nation of New Zealand is the perfect travel alternative to Iceland. With its snow-capped mountains, active volcanoes, verdant sprawls of forest, and breathtaking glaciers, New Zealand offers similarly dramatic vistas with the added benefit of sheep hordes. The desire to go to space is entirely understandable. Between Zika, the bleaching of the Great Barrier Reef, and obnoxious spring breakers alone, who wouldn’t want to set a course for that cold, dark vacuum? Plus, you’d be part of an exclusive club: only 536 people have ever been to space, with only 24 traveling beyond low Earth orbit.

But with a seat on Virgin Galactic going for a cool $250,000, you’d better be Richard Branson himself. Even if you did have the funds for a ticket, you could buy a perfectly lovely house outright, never mind the luxurious vacations you could take right here on planet Earth!

Instead: Go to Antarctica

If you’re looking to “get away from it all,” a trip to this continent-sized tundra will help you achieve that in the most literal way possible. Plus, you’ll still have all the thrill of visiting a remote, isolated locale without the house-sized price tag. Because Zika and climate change aside, there are still plenty of incredible corners of this pale blue dot; just waiting to be explored.